“He is an exciting player” Derek McInnes on his latest recruit 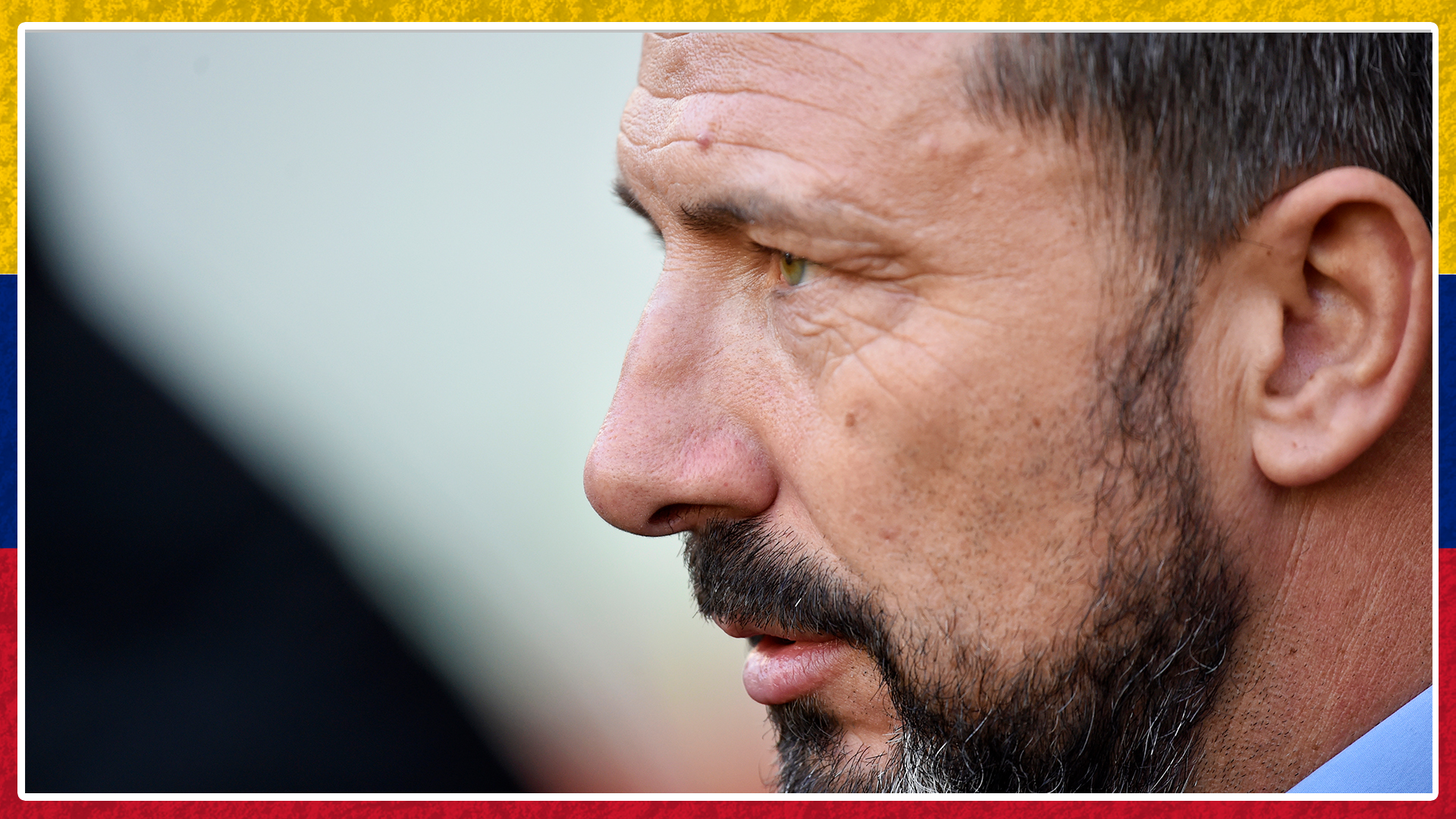 “He is a player who we have been monitoring for a while. He first came to our attention about six months ago and we have just kept tabs on him.

“One of the leagues that the recruitment team have been concentrating on is the Norwegian League and we thought it was going to be a challenge to get him out of there.

“It shows you where we are with our collaboration with Atlanta at the minute. Once we were speaking with their recruitment team it was a player who they were aware of and had flagged up on their system.

“Jointly we got to know him a bit better. Atlanta have several Venezuelan players and contacts and that allowed us to make inroads into the possibility of bringing him to Aberdeen.

“These conversations have been ongoing for a while. It got to the very end of the window to secure it. Ideally, we would have liked to have done it before the window. Like everything it is not always straight forward and easy. You have got a club to deal with, an agent to deal with and a player to deal with.

“When I first spoke to Ronald, he was very keen to come and experience the Scottish Premier League and Aberdeen.

“He has got 15 caps for Venezuela. Albeit a lot of them are friendlies, they have been playing a lot of friendly games. He has played against the likes of Argentina with Messi and their stars and Columbia. He has equipped himself well.

“He is an attacking full back. He can play as a wing back; he plays like a winger in the opposition half. Fans will like him, he is comfortable in possession, he has a good bit of speed about him. He is an exciting player and I am sure he will fit in well here.

“We have taken the opportunity. We have paid a fee to get him here and part of the attraction and part of the reason we do that was because of his age. We think he is a player who is going to improve.

“We have got on him onboard with us and we will get him into the team. Hopefully he can realise that full potential with us and he can be a valuable asset going forward.

“He is a young player, but he has done enough over the last couple of seasons to suggest that he is going the right way and it is a great coup for us to bring him here.

“I was told right at the outset that he never spoke any English which is obviously a concern, but he can speak English.

“There are no issues in having conversations with him which is always important and understanding the football terminology, settling into a different environment and a different country.

“It helps us and gives us a bit more peace of mind. He has gone to Norway and settled in there. He has dealt with the change of the climate.

“He is a boy who is eager to get started and make an impression.

“We are going to see loads of benefits of the partnership with Atlanta and that is part of the reason why we have been able to pull this one off.

“There have been loads of others that we have been in conversation with and collaborations with. It doesn’t always end up in a signing.

“It is good that we flagged him up. He was a player that was of interest to us. We felt to get him here that we needed that help from the Venezuelan contacts that Atlanta had.

“We have been telling them certain positions that we have been keen to address, and he was on the same system as one of interest to them.

“I do think that having the ability to contact the agent direct and to try and get things moving along helped in all of this.

“It is a great example of how the partnership with Atlanta can work.

“McGeouch is one who we feel that we can get a level of trust in the performance. He is somebody who takes responsibility. We are trying to get him up to speed and like any signing you get a lot of the time, you are able to get them because they have not been playing.

“Sometimes that has even more of an impact in January because the games come thick and fast. He has managed to play three games in a week, he is working towards his best.

“Matty Kennedy will be a very good signing for us. He gives us a bit of what we needed in the team, a bit more speed, a bit more directness, a bit more cockiness and confidence in the final third.

“He will chip in with important goals for us and we have always had that with our wide players over the years.

“That is something Matty can bring to us and he will fit right in.

“With Hernandez coming in we have identified a position and a player who can give us a real attacking threat. We are trying to be more attacking as a team, bringing more speed and more creativity.

“I think all three of those players will help the current squad deliver that in the second half of the season.

“We have still got so much to play for. I know we have been beaten up a bit and this season has been far from eventful and we have had not had too many highlights.

“Finishing third is still a big deal for us. It is important that we qualify for Europe and all we are thinking about is finishing third and having a brilliant cup run. Hopefully we can go all the way in the cup and hopefully those improvements will come.

“These three types of players and with the players that we have here, hopefully we can look forward to watching more of the team and perform with the way we expect them to perform.

“In this instance there was a lot of protocol and permits with getting people out there. We have had club representatives out in Paris, and we done the medical in Paris to try and make sure that we beat the transfer deadline.

“We have had the whole of January, but a lot of the time people don’t start to move until the last few days. This is a signing that we have wanted to do since the start of the window.

“For one reason or another like complications or getting things agreed but thankfully we have managed to get there.

“There has been a lot of work done from a lot of people. The recruitment team can only put people’s names forward to see if we can do it. The first port of call is normally the affordability of it and once we knew there was a deal to be done there to bring him here, we did all we could to make it happen.”

Ibrox Reaction | The Manager on RedTV

Ibrox Reaction | The Manager on RedTV