“It was a great three points and I’m really pleased. Any time you go away from home it’s always a tough challenge. I’m pleased with what the players are giving us. It’s disappointing we never held on to the lead for longer and we lost a poor goal and looked at reasons why the boy McPherson’s not offside and we can improve on these things. By in the large the reaction was good and there was a game to be won and we went out and won it. 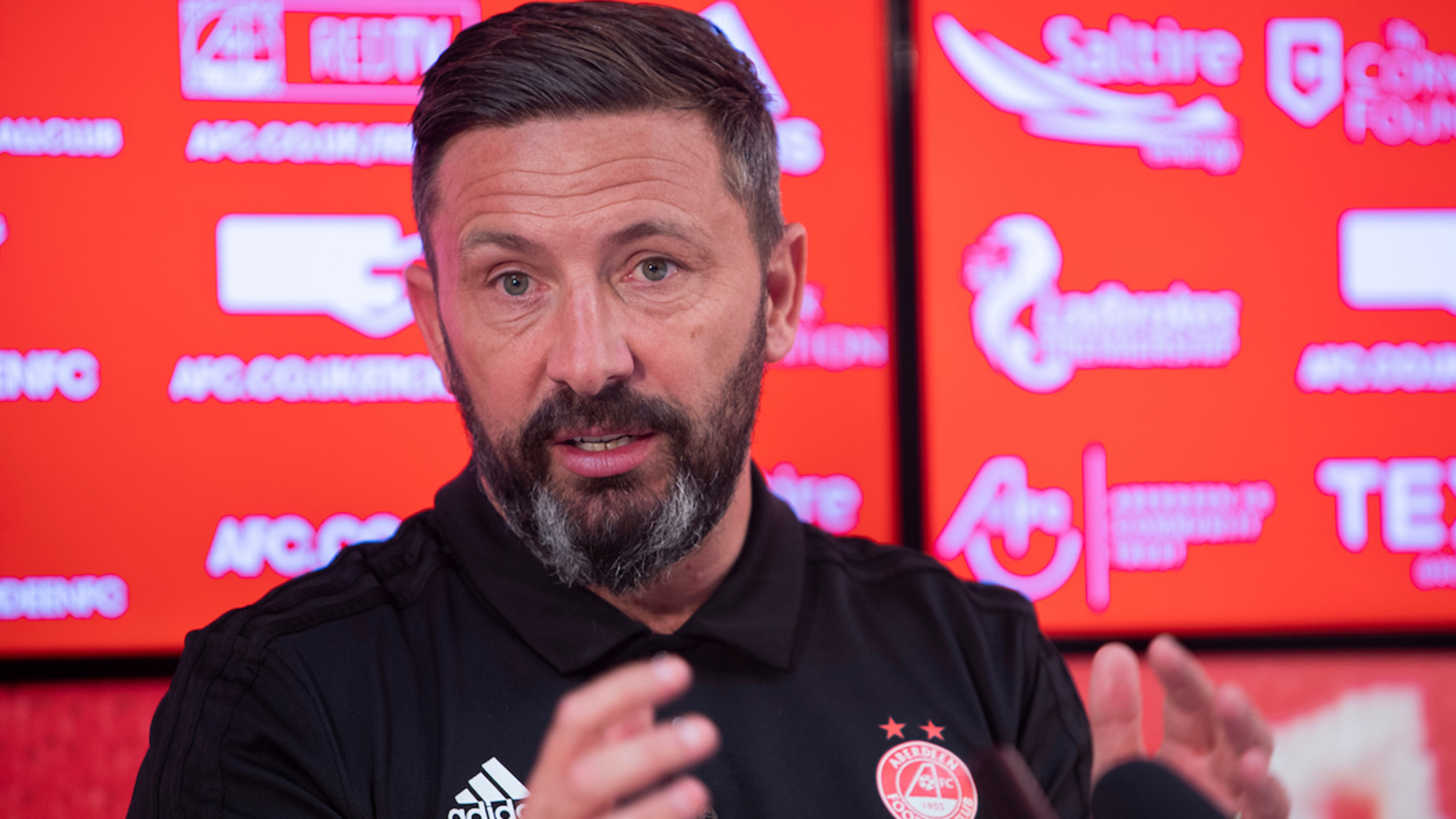 “It was tough conditions and it was a big ask physically with the travelling and the games we’ve had, but the players done enough to get the job done, which is always really pleasing. We now move onto another game, look forward to being back at home and trying to pick up another three points. I know Dundee had a poor second half against Kilmarnock on Saturday, but I think it’s clear it’s an improving Dundee team. Similar to when we played against St Mirren, I think when even at this stage of the season each three points is vitally important to any team and we expect a tough game. Hopefully it’s an even tougher game for Dundee.”

“We’ve got an idea of how Jim’s team likes to play and how Dundee have tried to be a mirror image of how he wants his team to play. You can see a benefit of a structure there. I think we’d always recognise that even though they’ve changed their manager they’ve got good players. Both manager’s have had a slightly different way of playing and we’ve got to overcome that challenge. We expect it a tough game and want to keep their opportunities to a minimum as you normally do at home, but also have the confidence to impose ourselves on the game to try get the job done. Last time out here the players came off to a standing ovation after an injury time winner and the feeling of getting the three points and how important it was to the team was clear. Hopefully we can demonstrate that again tomorrow with the same intent to get the job done.”

Form Of The Strikers

“I think both lads (Stevie May and Sam Cosgrove) have always contributed. They are both hardworking boys, honest and both get us up the pitch in different ways. Sam with his size and taking it in with Stevie in behind and working the centre halves. Ultimately we’ve been searching for more goals from everyone and certainly as strikers the responsibility falls on them so it’s great to see Sam getting back to back goals and great to see Stevie getting his goal and being a constant threat. The most pleasing thing is that in these past few games they’ve missed chances and although you want them to score, as long as they are in the position and put themselves forward you accept as a manager players aren’t going to score every chance. What we have had is more touches on the end of crosses and I’ve been really pleased with the last few performances.”

Competitiveness Of The League

“I said very early on that each three points are going to be hard to come by this season. I think there’s an improvement in most teams if not all and I think there’s a lot of good managers operating in the league, not to say there wasn’t before, but I think there’s a really good level of manager at the minute. I think it’s always a challenge to win three points home and away, but I do think this season the majority of teams will find it more difficult to go on winning runs. If you’re not going on those long winning runs then as long as you’re chipping away and getting results, I think we’ve had eight from ten, then that type of thing will keep you hanging around enough. Hopefully we can for our own part by the close of play in December be at the top end of the table. That’s something I’ve always felt we were capable of, but the consistency for us to knuckle down and get results is still a challenge for us. Hopefully we can produce it over the December month.

“We always had those couple of games in hand and the league table at times didn’t look good for a period. Everybody was talking about it being the most competitive Premiership in years and we weren’t there. We always knew with the five games we had at home in December and two games in hand over a lot of the teams that if we got a bit of luck with the injuries and suspensions we could chalk up some points. I think we’ve shown we can do that and when we’re at our physical best we’re normally a difficult team to play against. Hopefully we can be that team tomorrow night.”

“There’s no chance for Gary and Mikey tomorrow. Mikey’s actually down in London just getting a second opinion from a specialist just to look at the injury. Not because we’re overly concerned about it, but we just want him to try and get some advice on how we can try push him on. He’s definitely out for tomorrow and he’ll be out for Saturday unless this specialist is really good and we get him back. Gary will miss tomorrow, so there’s no real change.

“Tommie Hoban is still back at Watford. He was up for the Semi-Final and the Final where we spent a bit of time with him. We’ve been constantly on the phone and spoke to him and Watford on getting him back with us. He’ll be due to be back up here for the first couple of days in January to do his work with the physios with the intention of hopefully being there or there about for when we come back from the winter break.”

“It’s been ok and we’ve coped well. The fact we won’t be travelling until the 29th of December we’ve now got to knuckle down for the next three home games. We’re used to looking after the players in the best way and there’s not a lot of training going on at the minute in terms of intensity through their training. It’s all through the games so hopefully we can physically have the players at their best because when are in good nick we’re a different animal and can cause any team problems. Hopefully by doing that we can pick up the wins we’re searching for.”

“With players out of contract they are quite within their rights to assess their situation and options. I think it’s something I’ve been used to as a manager by losing a lot of good players every summer. It’s something we need to deal with and you can’t feel sorry for yourself. You can only do what you can do and if it’s not enough to keep a player then so be it. If you’re talking about Gary and Graeme, then both lads have indicated a real willingness to really consider staying. Hopefully that will be the outcome.”