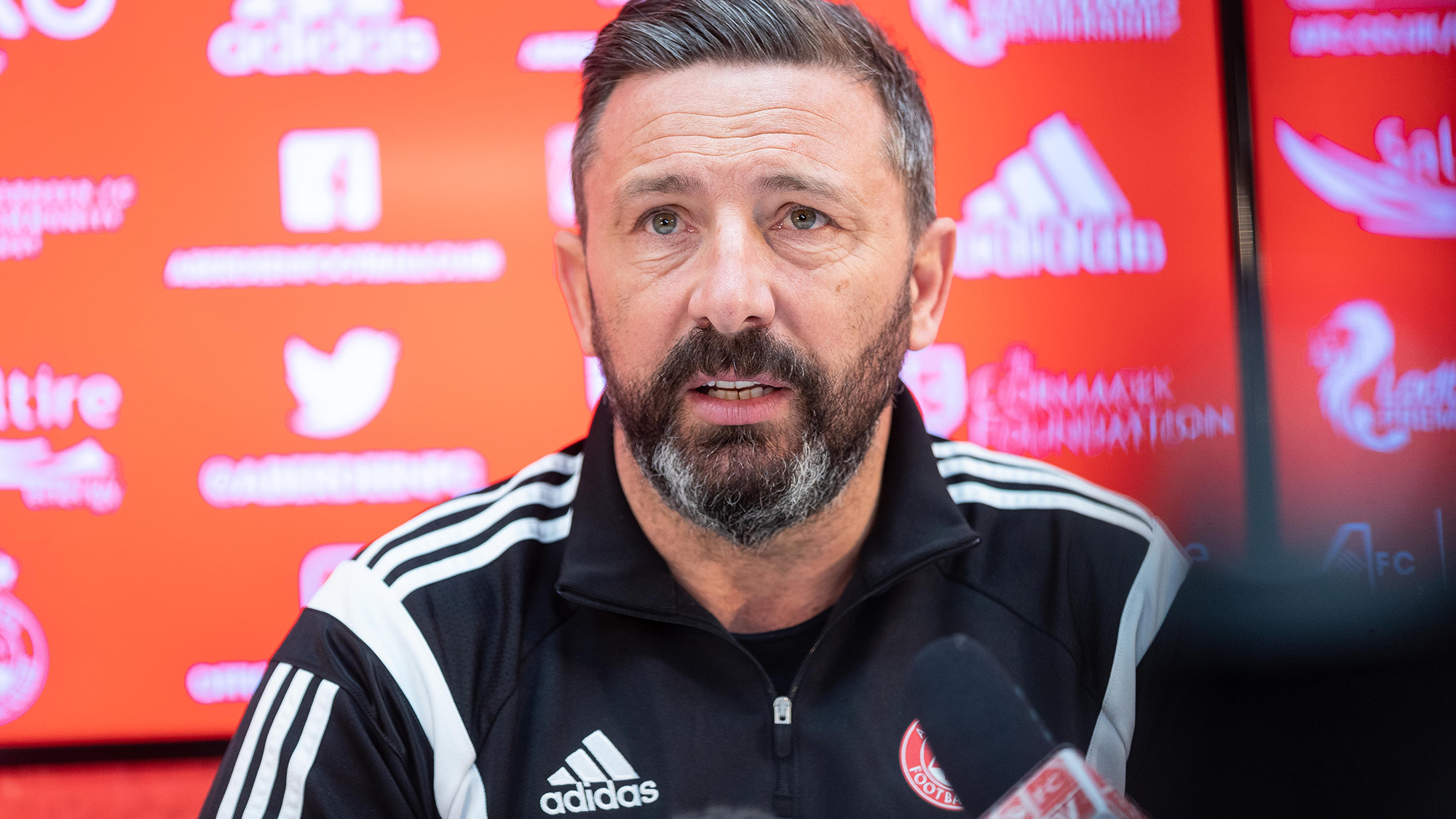 “We looked at these two games of Motherwell and Dundee after the disappointing result at Hearts, to try and get maximum points before we go into the split.

“When you go into the post-split fixtures you’re up against the best teams in the league and getting those wins are always that bit more of a challenge.

“The challenge tomorrow is clear that we’re up against a team that are fighting for their lives and although they’ve had a couple of disappointing results recently, their season’s come down to six games as is ours in terms of the league.

“We want to make sure we do all we can to get that European spot which for us would be a degree of satisfaction – out with the cups where we’ve done particularly well in this year. The aim is to go down there and be good enough to get the job done, but mindful of the fact we’re up against a good manager and a team who are fighting for the same three points.”

The battle for Europe

“The focus should be there and the motivation to do well was clear with the performance the other night.

“Motherwell came here to try take us on, which was quite refreshing.

“They opened up to play and you could see they were confident and it was a challenge to overcome.

“We felt we had a bit more space to work in at certain times of the game, created plenty opportunities and ended up winning the game deservedly.

“Each game presents a challenge and we’ve overcome a lot of those challenges recently on the road and we’ve another one tomorrow. We’ll have a strong backing tomorrow with two and a half thousand supporters making their way and we all know the importance of getting the club into Europe.

“It was one of the main things when I came in six years ago about making sure we had a team that was good enough to qualify for Europe and that has never changed. We want to make sure we do that again next year.”

“I think the Celtic defeat in particular was really harsh on them. Being at home the last time out I thought they were very good in that game and were unfortunate not to get something from the game. They’ve had a couple of disappointing since that, which can happen, but I know Jim well and I know how determined he is to get things right at Dundee. He knows his job is to keep them in the league and we fully expect a tough challenge tomorrow.

“We played Motherwell the other night who were fighting for top six and now playing Dundee who are fighting to stay in the league and every other game after that will have something on it.

“We want to go into the semi-final in fine fettle and hopefully a win tomorrow will help us achieve that.

“The likes of Kenny Miller has always shown his qualities at every team he’s played at. They’ve got others and some decent speed in wide areas and plenty of experience.

“They’re maybe lacking a bit of confidence at times, but in terms of personnel and manager they’ve got the overall package to get results and away from the relegation trouble. We just need to take care of our business because the motivation from us is clear.”

“The statement we put out was to try and reflect that (great service).

“We could have waited to speak about Mark today, but we wanted to put across our warmth towards Mark as a boy and as a player, who has done very well for us here.

“It was his decision. He felt on the back of the injury he suffered in pre-season that he wanted to go play some games and go out on loan. We agreed to that because we understood coming out of contract it was an opportunity to put himself in the shop window, but also to go play the games that he needed at that stage. Dundee United have been fortunate to get Mark and I think he’s enjoyed himself there. They gave him a fantastic offer and a three year contract for someone at Mark’s age is something he couldn’t turn down.

“He goes with all our best wishes. If every player you worked with was a Mark Reynolds then it would be such an easier job as a manager. He’s gave us absolutely everything and he’s a good boy on and off the pitch and we wish him well.”

“Greg’s someone I was hopeful of trying to sign since January really.

“We felt at the time speaking to him and his agent that he wanted loads of options and it’s no surprise that his agent’s been speaking to clubs. There’s a lot of clubs that would recognise Greg’s talent. I would like to work with good players and Greg for me is a good player. You saw him come on the other night he helped make the game go our way with his quality. We thought that maybe the three games in the one week coming back from his hip injury might not be the right thing, but he certainly contributed the other night. If there was a chance to keep Greg then I’d be doing my best to keep him. We tried that in January and we’ll need to see how things develop over the next wee while.”

Hearts and Aberdeen being cited

“We’re disappointed that we have been cited.

“I don’t know what the club’s stance is on it, but if that’s the rules then that’s the rules. There was a coming together with players and a reaction and we like every other club need to live within the rules of the game. If the scene has deemed to be not us being in the best light by surrounding the referee, all clubs are warned about confronting the referee. What I would say is I think a lot of the bigger teams are maybe looked at a bit more. I go to games and I see loads of confrontations so as long as it’s a rule for everybody and every team big or small. I can’t have any complaints if we’ve been deemed to have crossed the line with players surrounding – it’s hard to defend that.”

“Young Dean Campbell’s picked up a knock on his foot and we’re hoping he can still be ok to travel this afternoon. We’ll see how he goes, but we’re as we were from the other night. There’s no fresh injuries and we’re good to go other than maybe Dean.” 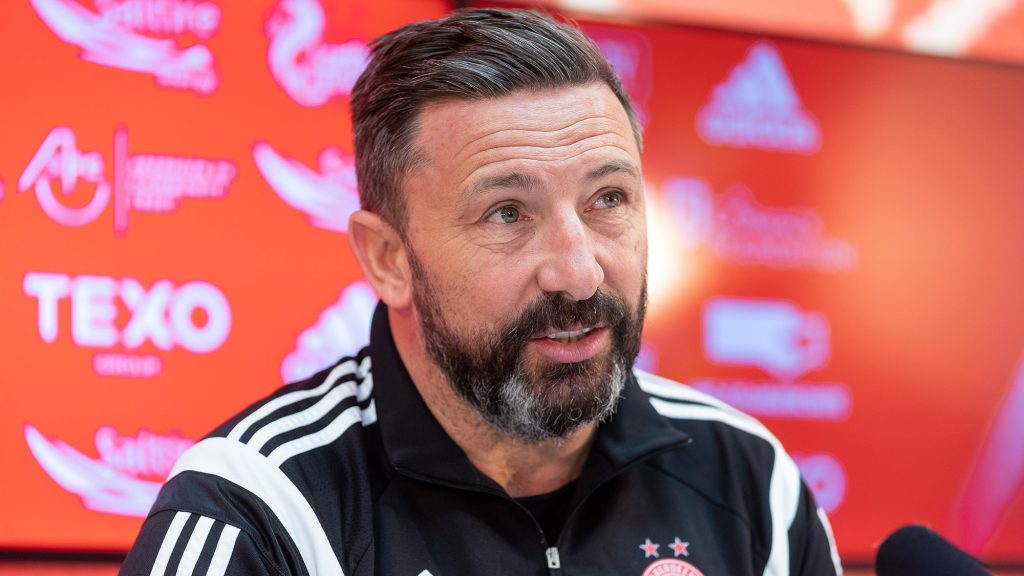