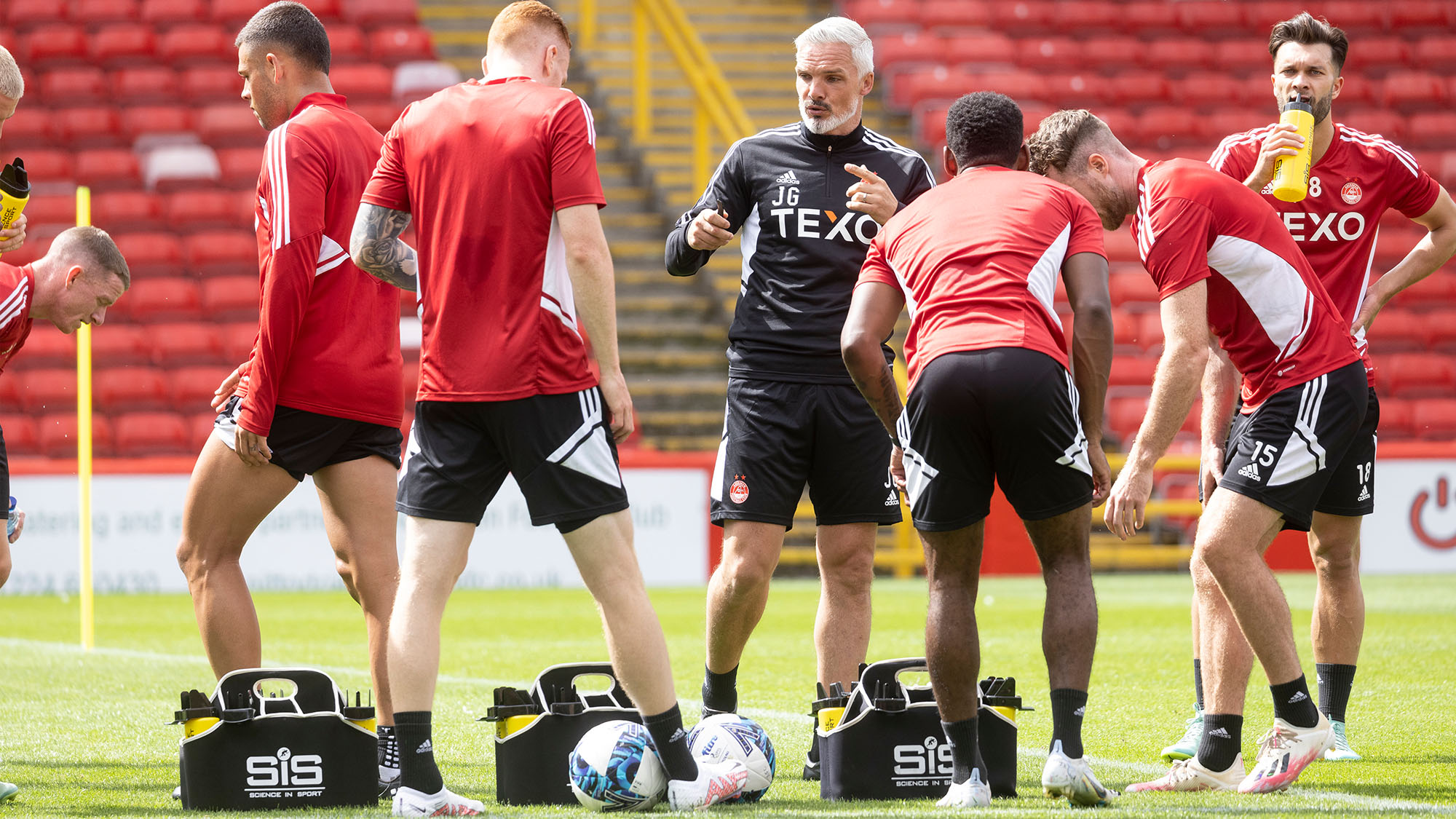 To watch his press conference in full on RedTV, please click on the red button.

“It was a great day down at Pittodire. The weather has been kind to us and it was a fantastic turnout. We felt that it was a good time to do it with the kids being off of school and coming off the back of a decent result against Peterhead. We have a big game tomorrow night against Dumbarton at Pittodrie.

“It was an opportunity as well for the new players to get a chance to get used to the surroundings. I didn’t want them turning up to the game on Wednesday night and that was their first time on the pitch. The groundsman was very kind to us letting us use the facility and the boys will be better for it.

“The football club is all about the supporters and we want to try and improve that togetherness. We want the supporters to be with us and it gives everybody an opportunity to mingle and to integrate and hopefully make it a special day for some of the young supporters here today. 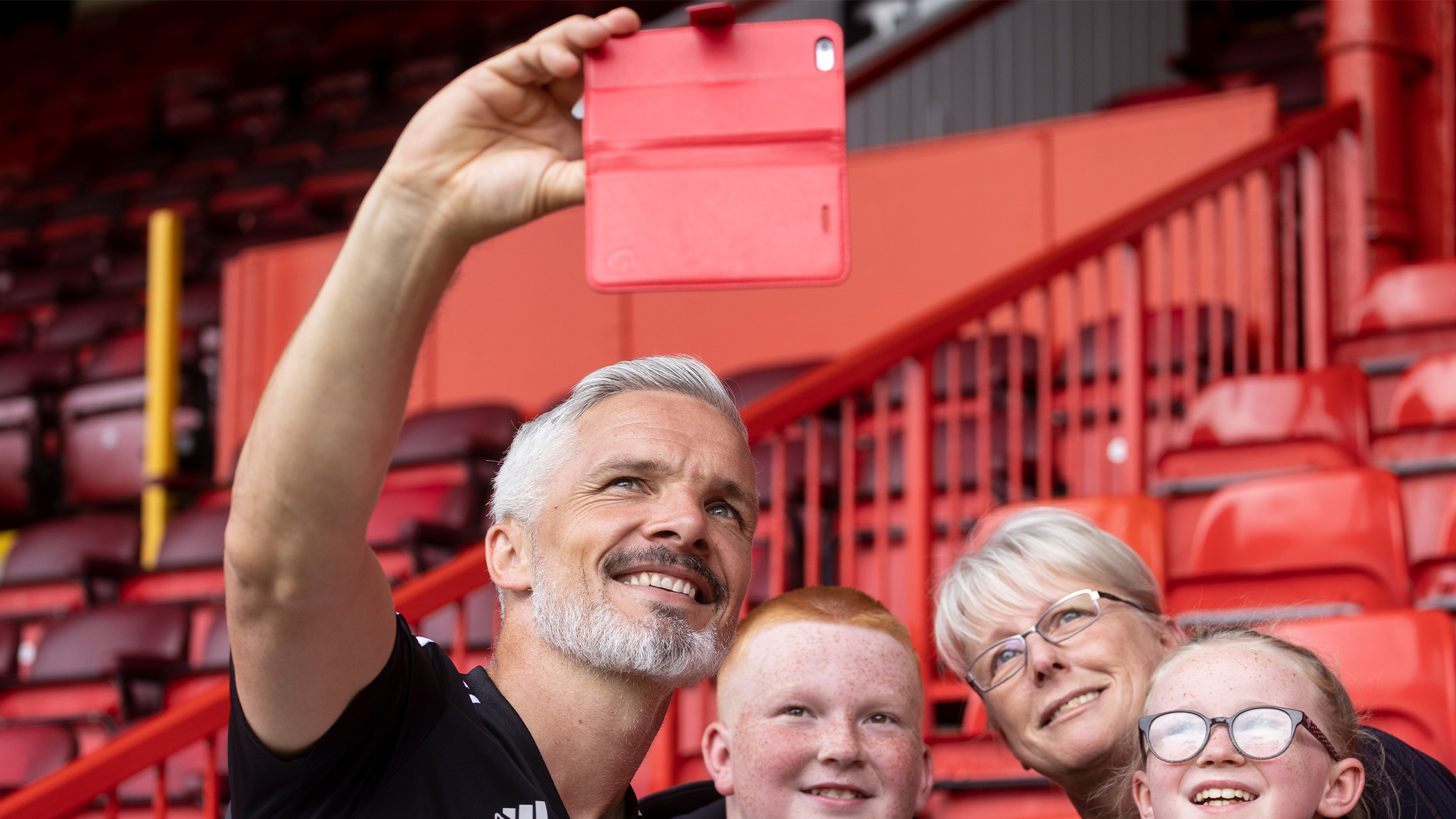 “Ylber Ramadani joined us yesterday and he has been brilliant. The supporters were clapping and cheering when he scored goals and you can see what he brings to the team already. He is a very intelligent player, he has played at a very high level as well, he is an Albanian international. He is a very bubbly character and it hasn’t taken him long to settle in. He will be a great addition to the squad.

“He has been working hard back home in Kosovo. Graham Kirk, who is our Head of Spot Science, has been in constant contact with him, making sure he is sticking to his programme and keeping his fitness up. He arrived yesterday in fantastic shape. We wouldn’t risk him tomorrow if we thought anything negative could come of it but he is certainly seems as if he is ready and capable of playing at least 45 minutes tomorrow.

“Connor Barron trained today and completed the session for the first time in a number of weeks. He will come back into the squad. 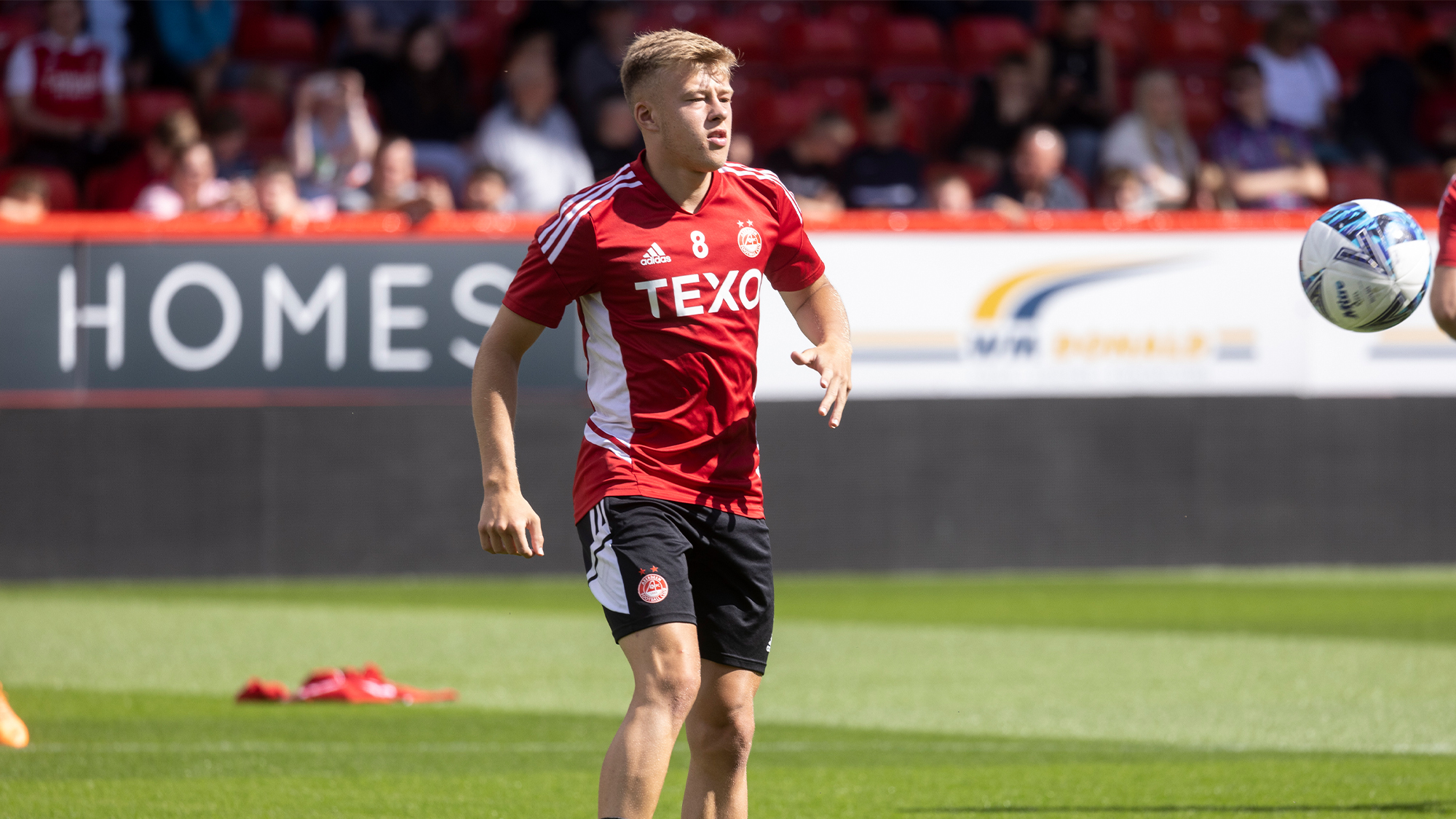 “We are expected to win every game in this group stage, we are the Premiership team at the end of the day but we won’t underestimate the opposition. I would have liked another three or four goals on Sunday. We had one chalked off which I felt was a bit soft, McCrorie hit the crossbar and we should’ve had another penalty when McCrorie got fouled. 2-0 was satisfying but we were not over celebrating by any means.

“I would like more goals tomorrow night, I would like to get another clean sheet. I would like us to get into good habits, taking pride in protecting our goal and keeping clean sheets. The session today was all geared towards being in the final third and how we are we going to break down the opposition. We would expect Dumbarton to have a similar game plan to Peterhead where it is 10/11 men behind the ball for large periods, trying to frustrate us.

“We have to be patient and disciplined and wait for those key moments when the gaps appear. Hopefully we can cut them open.” 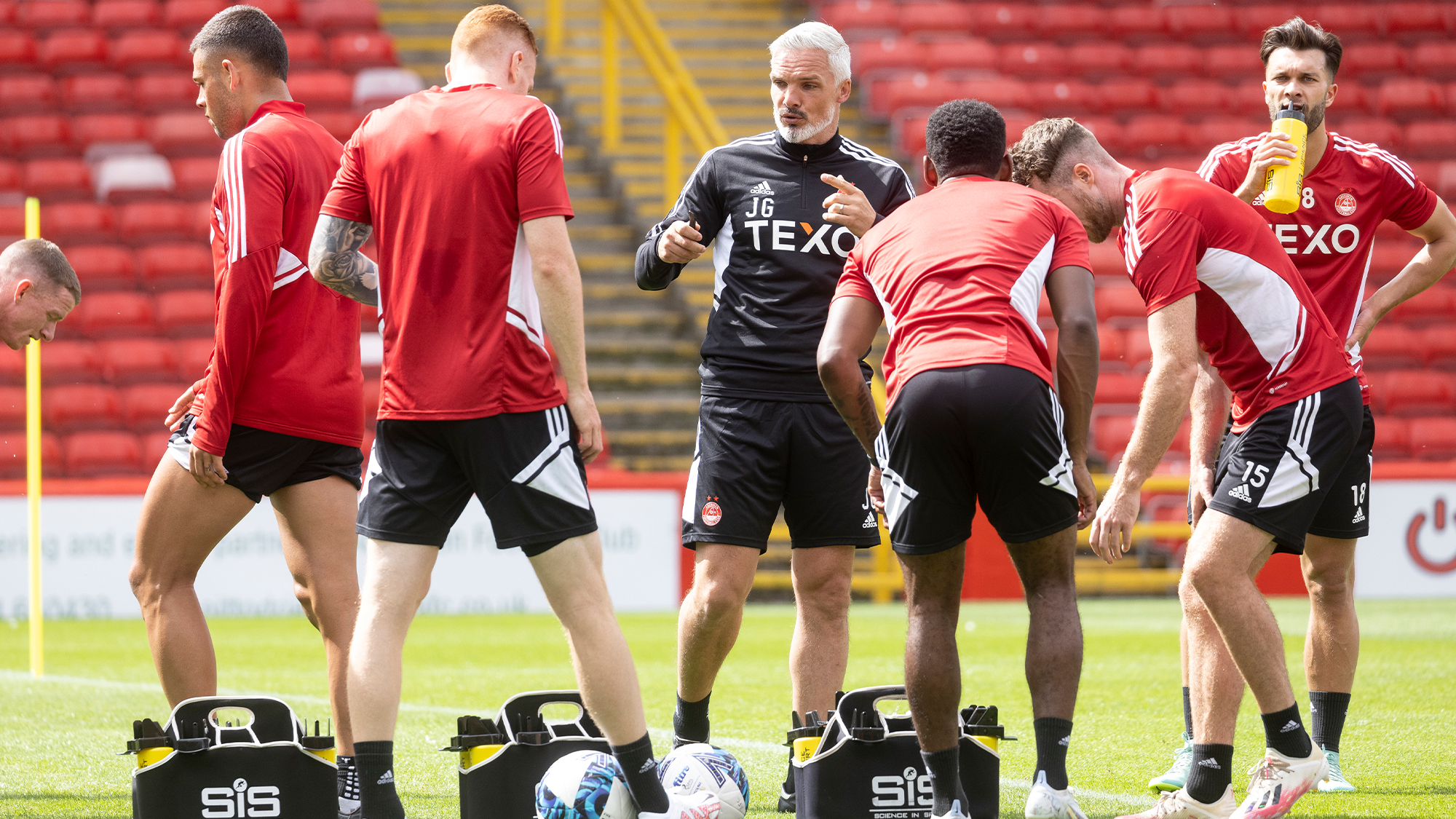 Dante Polvara also spoke to the media to preview Wednesday’s game at Pittodrie. To watch his press conference in full on RedTV, please click here.

“It is important for the squad to have these competitive games. It doesn’t matter how well you do in a friendly, it can build confidence but it is not the same knowing that you can pick up points. There are advantages of having this schedule going into the league games. It is an opportunity for the manager to try and learn some things about the players and get a good understanding of how people compete in a competitive environment. 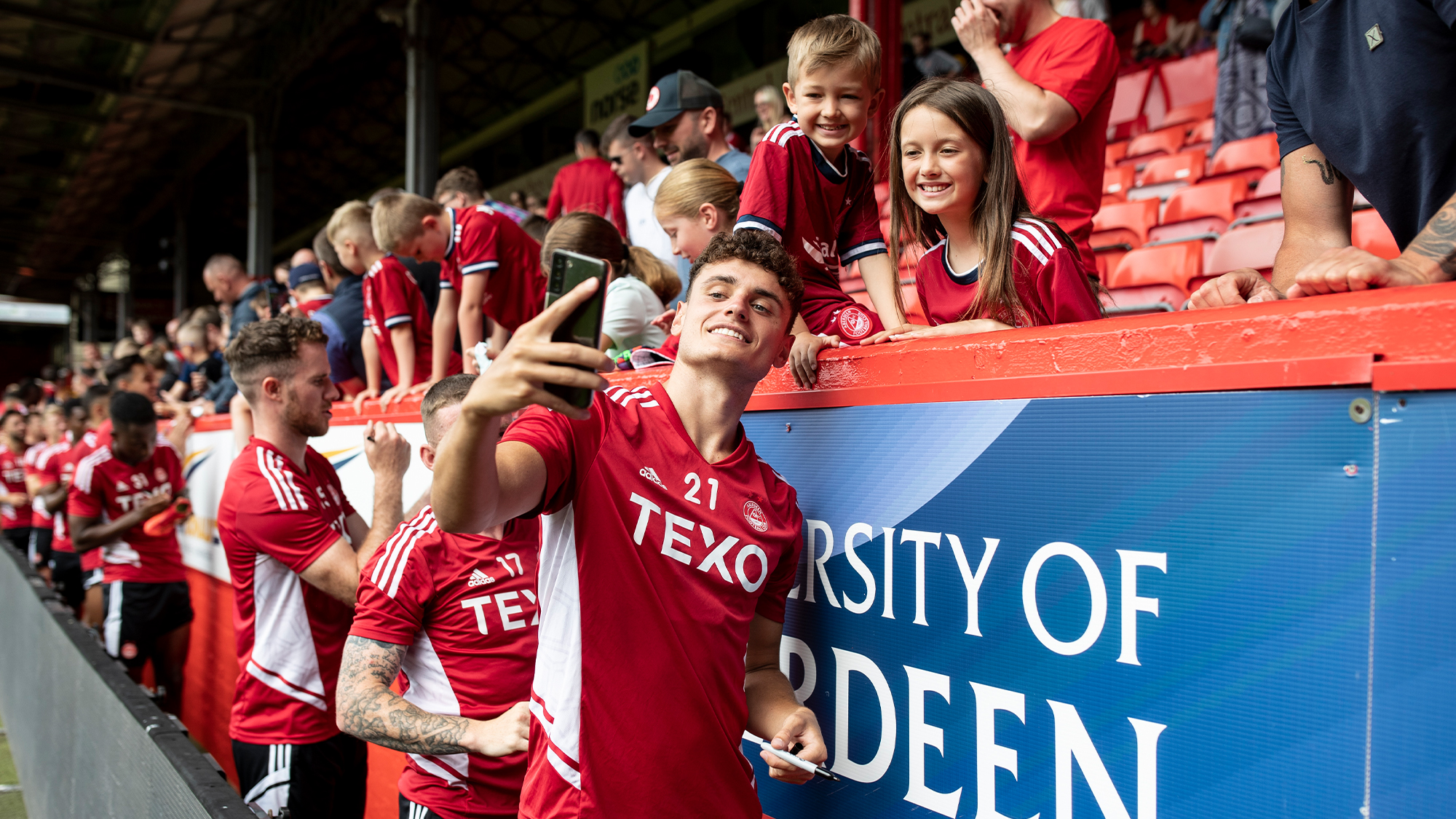 “I had an injury when I signed which was an unfortunate event because it is not easy when you move somewhere new, you just want to get going, Chemistry is built on the pitch and when you are not able to be out there with the lads it makes it much harder.

“I have found my footing within the squad and that is important. As soon as you earn the respect and trust of those guys it will show on the pitch., All I can hope for this year is that there will be more competition on the pitch because that is the only way you can improve. It pushes you to be better everyday.

“I am very excited and looking forward to the season.” 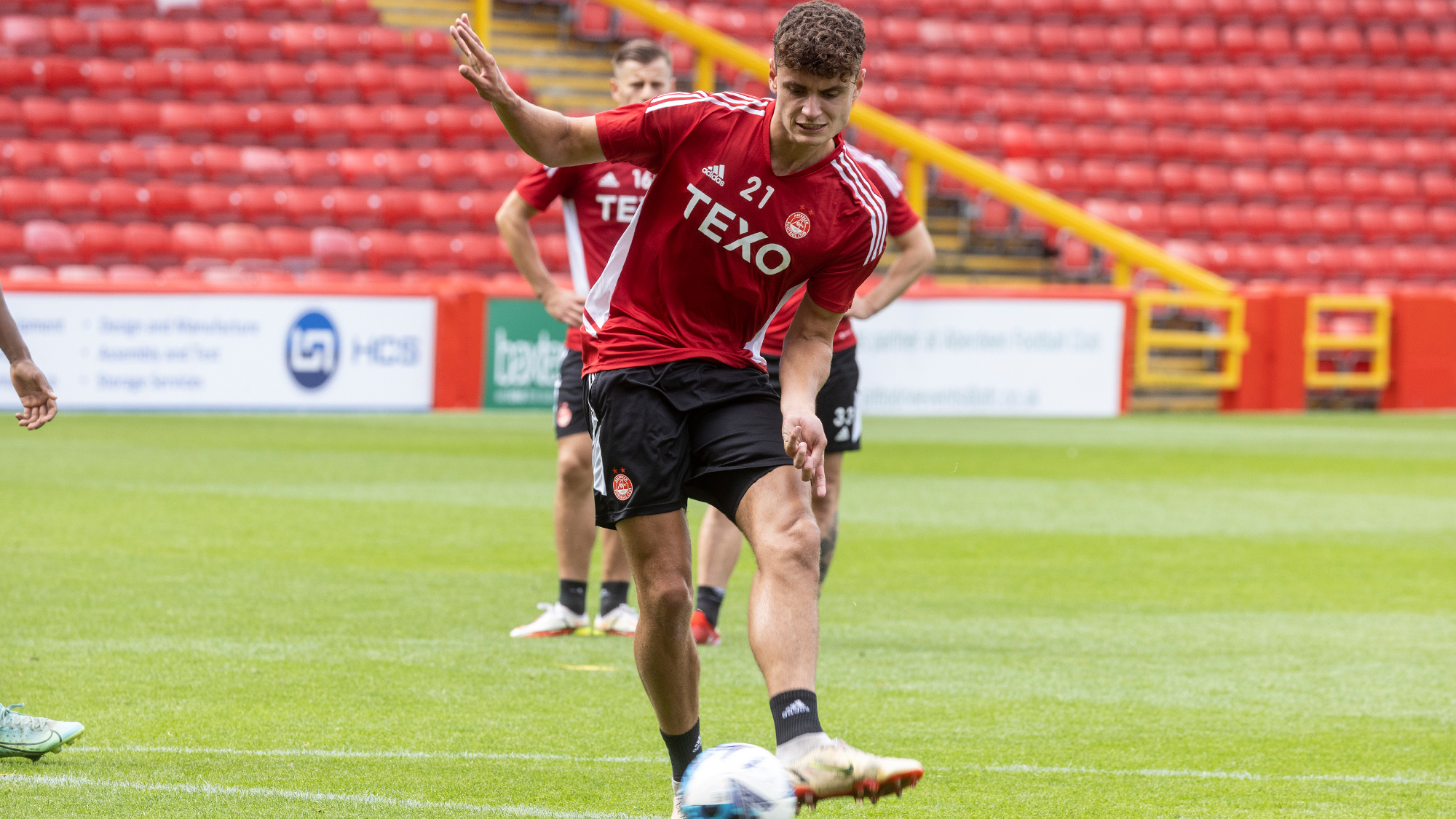