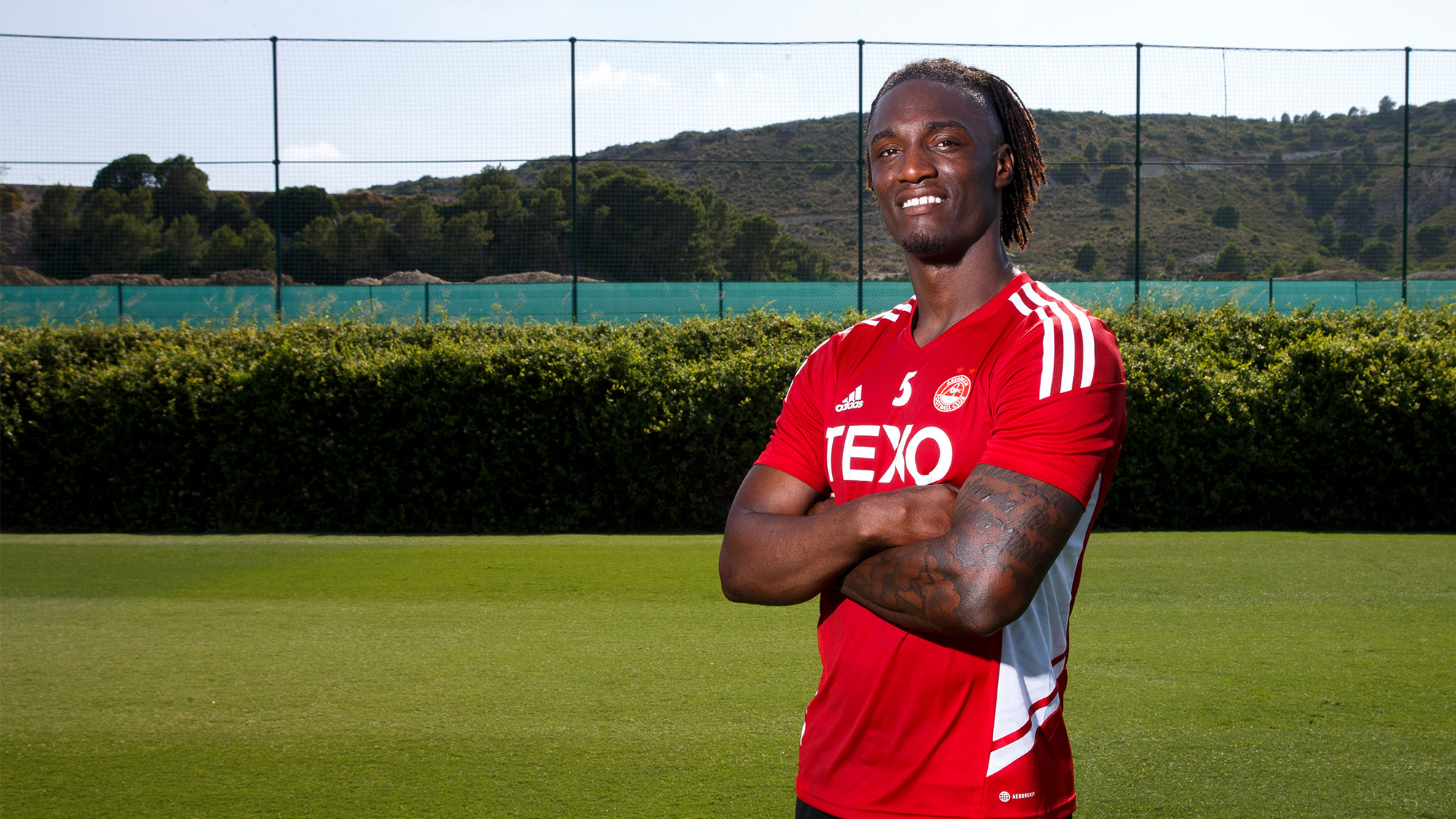 New signing Anthony Stewart teamed up with his new team mates this week in Spain. The central defender, who has signed a two-year contract, took some time out from training to speak to RedTV.

“It is great to be here. As soon as I signed, I wanted to meet up with boys and get to know them. I want to try and create a family feeling with the group.

“It was an early start from Edinburgh on the Monday morning, so the first session was quite chilled and I was able to find my feet. I know there is a lot of hard work ahead. 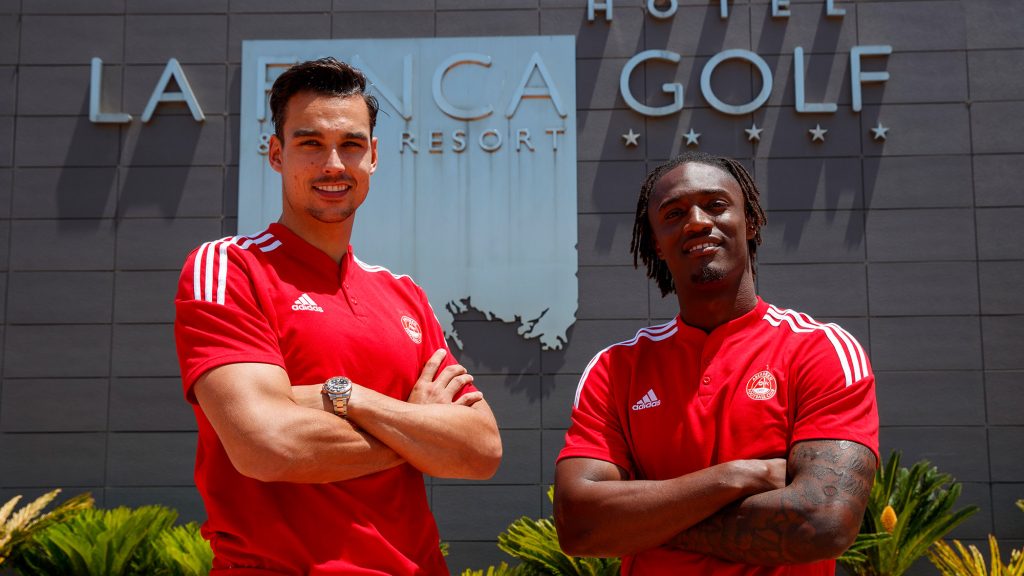 “I first heard of the interest from Aberdeen about three weeks ago. I was a bit shocked at first, wondering where it had come from! I did not think the gaffer would have been watching me. I then had a zoom meeting, which was quite humbling. I have not been anywhere apart from Wycombe, so feeling the love from somewhere else was different and humbling. I said to the gaffer and the staff, thank you. I felt very valued. It was a nice feeling.

“I thought I’m just going to go with my heart and made the decision. It’s amazing when you feel wanted by a club. That’s all you want. I want to repay that wanted feeling with hard work.

“I had been to Scotland a few times so I knew where Aberdeen was! Jack Grimmer also helped me. He grew up here so knows the city. He was complimentary about the club which gave me the green light.

“I also spoke to Charles Dunn who plays in the league and also worked with the gaffer. He is a good friend of mine. I got a very good insight.

“I then did a bit of research. I am a Manchester United fan, so I knew about the European trophies and where the club has been.

“Where the club wants to be was of a big interest to me.

“I want at this stage of my career to set myself a challenge. I want to try something new that I have not experienced before. I will be looking to learn very quickly and establish my name here. 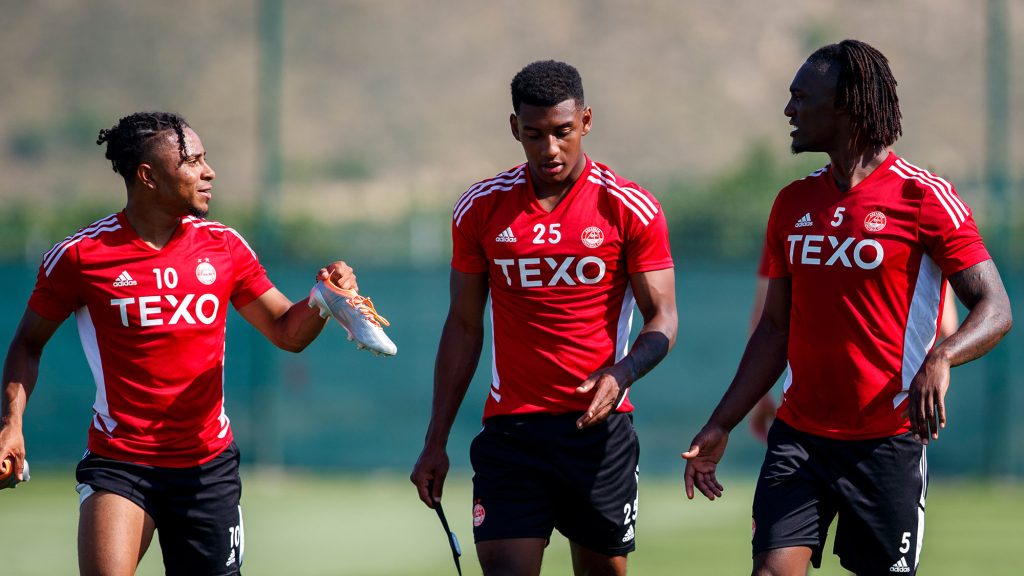 “My football journey began when I was about 11, playing outside my house. I moved about when I was younger but played locally in a Sunday league.

“When I got to the age of 15 I thought, the opportunity may not arise. I was close to quitting if I am being honest.

“I then played in a tournament at Watford with my Sunday league team, travelled there on the train, it was a long journey, but in the end, it was worth it because I then got my opportunity to have a trial.

“It was a six week trial at Wycombe. I then integrated into the youth team and made my first team debut at 19. I have never looked back since.

“It was pretty much home for me, I did not know anything else. When I went to Crewe for a while it was a bit weird. I went there and did not play a lot of football so I had to mature. I was also living away from home, so it was a good experience for me mentally. I had to work out where to wanted to be going forward.

“I had some amazing experiences at Wycombe. I am very grateful for having those opportunities.

“We got promotion from League Two to League One, League One to the Championship. Staying in the league was a great effort.

“Playing at Wembley in front of 70,000 supporters was mind-blowing. It was a great achievement. I used to drive past Wembley all the time, and I would think to myself, will I ever get the chance to play there? To play there twice in two play-off finals was decent.

“I had many experiences and I’m grateful for them all.

“But ultimately, I had to set myself a new challenge. 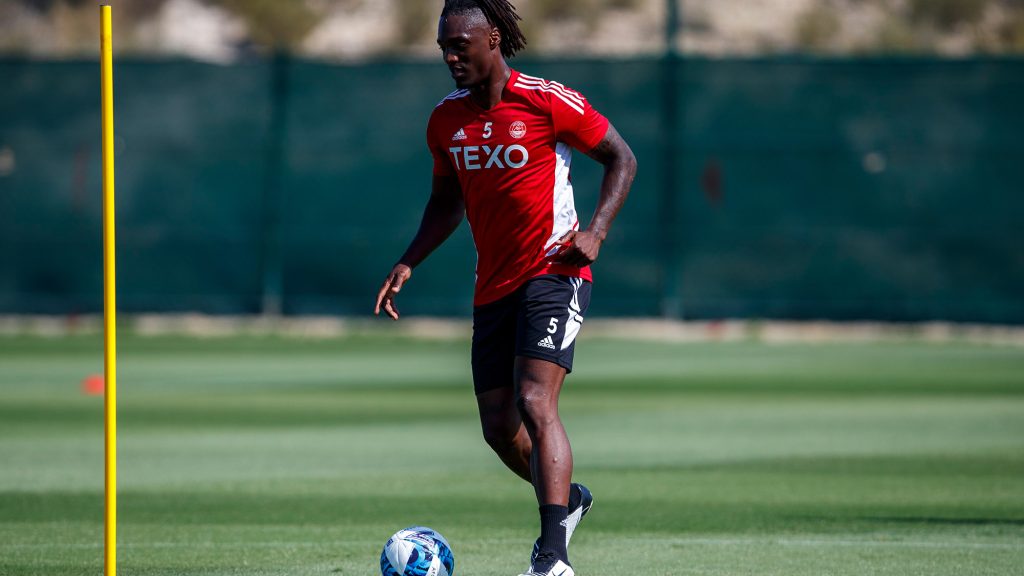 What type of player is he?

“I am a defender that defends first and foremost.

“I will put my body on the line.

“I am also one of those defenders who will celebrate defending.

“So, if one of the guys beside me does something great on the pitch I will be high fiving them and embracing it because defenders don’t get as much praise as strikers do. I will try and make the defenders feel as tall as they can.

“Hopefully I’ll bring plenty of clean-sheets. Hopefully I can bring that edge to the team. 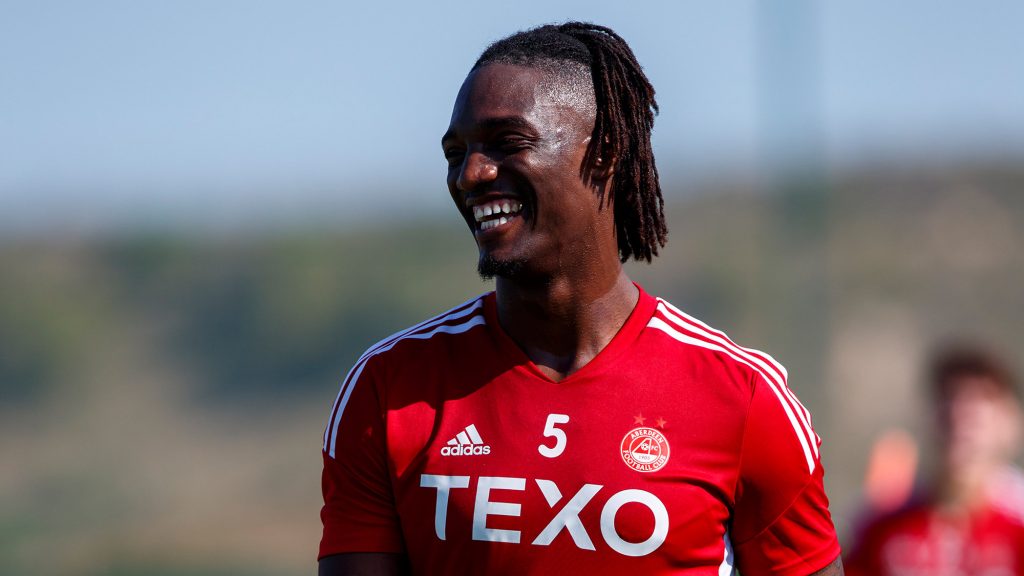 “I think that relationship between the fans and the supporters is very key. I was lucky enough to have that at Wycombe.

“I want to have that relationship with the Aberdeen fans and show them what I am about.

“The next couple of weeks for me is about seeing how everything is run here. I have to be quite humble and get on with my work but at the same time build relationships because across the season we are going to need them.” 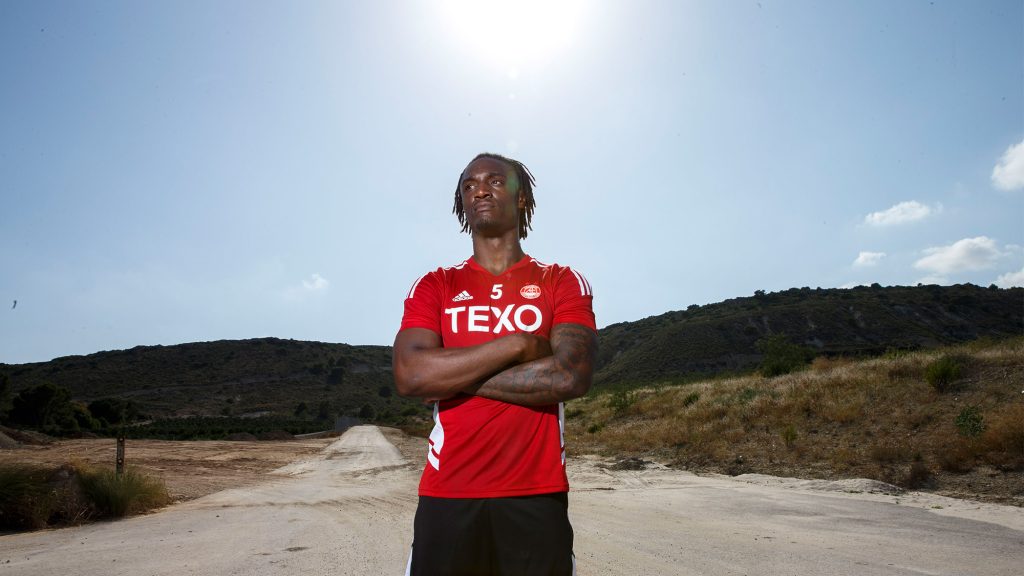