Quotes from the managers pre-match media conference on Friday: 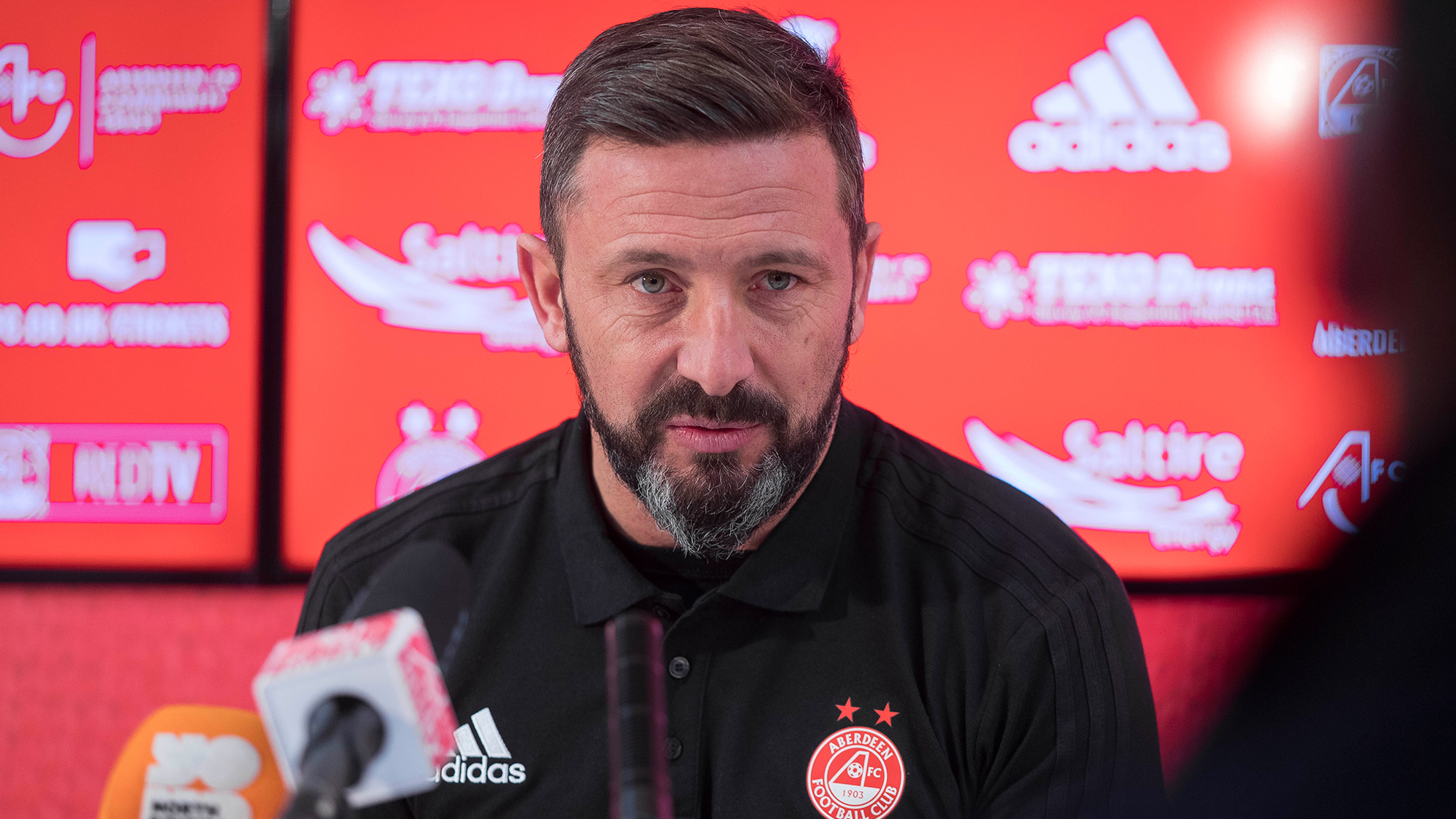 “It was a poor night for us and a poor start for to the game. We’ve spoke often enough about the importance of starts and imposing ourselves on the game. Giving away a penalty so early gets their fans into it and gets their tails up and we didn’t compete well enough at that stage of the game. I thought that the tone for the majority of the first half. We still had a couple of really good chances in the first half, but we hadn’t competed as well as I thought. The second half was a bit more like it and I said at the time the third goal was harsh on us with it being offside. By in large we were deservedly beaten and it’s not nice to say that and we expect the criticism that comes with it when we lose games at this club.

“I think having any game so quickly is good. The fact that we go back in against the same opposition is just the way it lies. It was the same against Motherwell and the intention is to respond. Nobody’s moping about feeling sorry for ourselves as that’s not going to be any good to anybody. There’s an honestly within the team that we can do things a hell of a lot better and we all have a responsibility to do that. It’s not just down to the manager or the players. It’s a collective responsibility when we win and when we lose so I feel that determination and motivation will hopefully see us do well. The intention is to win the game.

“The need or desire to win the next game is always there when you lose a game, but we are well aware of the fixture and the importance of when you play teams around you. Being where we are in the league is important to us. We’re sitting second and want to stay as close to Celtic as possible and make sure we don’t give too much encouragement to the teams behind us. Obviously with Rangers beating us closes the gap, but we’ve got an opportunity to get that gap back to where it was with a win on Sunday. Hopefully it will be a sell out as we’ve got just under 1,000 tickets to go before we can safely say it’s going to be sold out.

“We are sitting second in the league, but we are well aware we are so much better than what we showed the other night and the aim is to make sure we stretch that lead again to six points.

“We’ve had some setbacks on the road this season, but we’ve also shown a decent level of consistency and that’s why we are in December and still sitting second in the league. It’s not all doom and gloom and people need reminded of that. At the same time, we’re well aware at this Club when you lose games criticism comes and we need to deal with that and respond to that. We need to try and do a lot better, especially in the early part to make the game go our way. We’re searching for that consistency like any team to get wins back to back and hopefully we can do that. First thing first, let’s try and get those points that we lost the other night.

“Rangers went with a different shape and tactically we tried to deal with that. Whether or not we got that right or not remains to be seen. I feel that while you can always look at tactics too much and how you set up there needs to be a desire to match runs and get on top of your opponent. Regardless of systems and tactics we never done enough of that. Rangers were much livelier, and they get helped with the start. It was a clumsy penalty to give away and they got their tails up. When the game settled down towards the end of the first half it was only then when we started to put some sort of a semblance of showing what we’re capable of and we started to get on top of things. We are all responsible for it. I am partly responsible just like the players are, but we’ve spoke about it and nobody’s feeling sorry for themselves. There’s no finger pointing, but just a collective responsibility to do a lot better.

“We’ve been second in the league for the last few years because we haven’t lost many and we’ve normally responded very quickly. For us to be believable and authentic that we can be up there again this season, the need to go and win games is always there. It’s always been about the next game. It’s a sore one and I didn’t enjoy yesterday and coming back in today it was important we got everyone in a positive frame of mind both staff and players. It’s another game and we believe in ourselves. We’re sitting where we are in the league because we are a good team and we’ve got some good players here. Being good players isn’t enough and you’ve always got to find the motivation to do well as an individual and as a team.

“We said before the first game there was an opportunity to go 12 clear or they could go above us on goal difference. Having lost the first one, I still believe this is the opportunity to show we are better than what we showed and hopefully restore the six-point lead.

“The game gets magnified by others. We’re the professionals and we try and get on with the job and think to the next opponent. It’s always about the game and everything is a sideshow for everyone else to talk about. We’ve had such a poor record down at Ibrox as a club, but we did expect more of ourselves on Wednesday since we’d won there last time. Now we’ve got an immediate opportunity to try and get a smile on the supporters faces again, get the players feeling better about themselves and go and get three points. We aren’t thinking of anything else and all the talk is for everyone else.

“Gary Mackay-Steven hasn’t been ruled out, but he’s really struggling. He took a knock and has a lot fluid on the joint. We’ve just managed to reduce the fluid yesterday, but he hasn’t trained today and is unlikely to train tomorrow so he’s struggling. We also have Greg Tansey complaining about a groin problem that he’s felt after the game, so he’s ruled out for Sunday.

“I think certain games generate the atmosphere easier than others and this game the supporters will be eager to help the team. We’ve got to help them as we normally do, and we try to play the game on the pitch that the supporters expect and hopefully they get behind the team because it will be a collective effort if we’re going to get the job done. Hopefully the numbers expected will show a strong support in the ground and hopefully help us.

“We aren’t looking at anything else, but just this one and making sure we get back to winning ways, doing what we do best, which is normally performing well and winning games.”