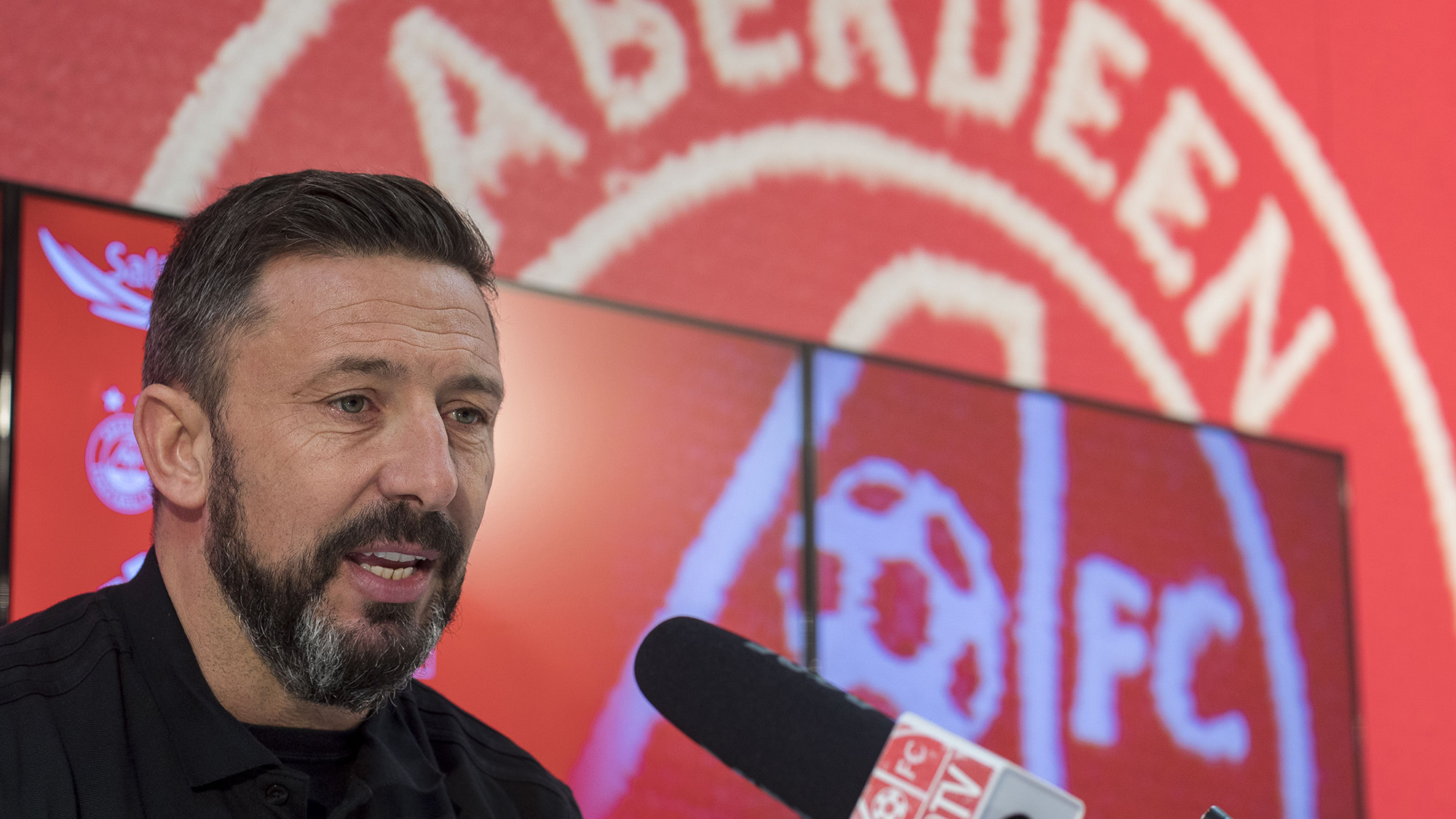 “I think it’s always a fixture that’s eagerly anticipated from both sets of supporters.

“Our supporters go down having sold their allocation quite quickly, in good voice and expectation. I know last year was the first time in a long while where we managed to get a result and winning performance. Hopefully we can use that as something to give us added confidence on the back of a good performance on Sunday and we can get the three points because that’s the main objective.

“Regardless of the opponent, and some games have a bigger spotlight than others, but the objective is always the same; to go and win three points whether we are home and away. Our away record would suggest we are confident with our work on the road, but it would nice to get another win on the back of Sunday.

“There was a lot of soul searching after the Motherwell game as we were brushed aside too easily, especially being the home team. We went to Rugby Park on Sunday and really imposed ourselves on the game, which is what I always want from my Aberdeen team.

“I want us to go and be confident in our work. Our preparations have been good but sometime the result doesn’t always come from that preparation. The performance was more than decent against a team in Kilmarnock, who in recent weeks have suggested they are going to be a really tough opponent for everybody. I thought it was a convincing performance bar a ten-minute spell in the second half, but as the away team you aren’t always going to get it your own way. Hopefully we can impose our game on Rangers on Wednesday and that will maybe help us get the three points.

“They’ve got a lot of good players and it will be tough.

“When it’s not going our own way, to have the confidence and poise to see things through, knowing we have the players to go and cause them problems.

“Rangers had an extra couple of days ahead of this one, but it doesn’t really matter too much for us. My players are fit and I believe there’s no fitter team in the League. We have good fitness levels as a squad and we are strong with everybody fit and available at the minute.

“We have the luxury when there’s no injuries or suspensions to change things about and I always feel that the strength of our squad comes through at times like this when we have a run of games. Although I was pleased with a lot on Sunday, it’s not to say we would be averse to changing one or two things. We will try and come through this game tomorrow night hopefully with three points and then we will look at Sunday again, but three games in a week isn’t a problem for us.

“I’m sure when the fixtures come out both sets of players and supporters will look at it being one of the better fixtures. It’s one that they will relish and, so they should. Going to play in front of 50k is great for any player to show what they are all about. I’ve always wanted my team to be confident and carry themselves in the right way. Whether it’s playing at Hamilton where there is a small crowd or at Ibrox or Parkhead I always want us to show what we’re all about.

“There will be enough on the game anyway so hopefully we can just talk about the performance and a winning performance.

“Regardless of whether we play an opponent on good form or bad form, it makes no odds to us. We cannot expect an easier game because teams have lost the previous week and we always concentrate on our own performance. We might make reference to the opponent like we do every week by talking about their strengths and weaknesses, potential team line up etc. All the usual stuff that we prepare for will be the same and the emphasis is on our own performance.

“Sunday was a performance that I was far more pleased with. Regardless if we are going into a game against a team in good form or bad it doesn’t make any difference to our preparation.

“By in large the group of players playing tomorrow night, a lot of them were involved in that win and I don’t think it does them no harm going into that environment knowing they’ve done it before. We had some key players missing that night and we still managed to put in a strong performance and thoroughly deserved to pick up the three points. Every game is different and it’s a new season. This game has taken a longer time to come around as we are well into November before we play Rangers, but it’s a game that the staff, players and supporters feel we can win.

“I think it’s still quite early in the season so normally when you get to the winter break you see who’s going to be around you. We certainly felt that, while it was going to be a tough job to keep with Celtic if they matched last season, Hearts, St Johnstone, Hibs and Rangers would be the teams around us. There is therefore added significance because when you play them you get to inflict a bit of damage on them. For us it’s still early in the season and it’s important we manage our own game and performance and at the end of the season we will end up where we deserve to end up. The intention is to come back up to Aberdeen with all three points.

“I’m here to concentrate on Aberdeen. What we recognise in the Rangers team there’s a lot of good players and I’m sure they will be looking to get back to winning ways against us. We’ve just got to make sure that we’re good enough on the night to make sure that isn’t the case.

“Everybody is fit and available to play. There were no dramas from the weekend and everybody is training today and travelling.”