The Aberdeen manager spoke to the media on Friday ahead of the trip to Kilmarnock on Sunday. 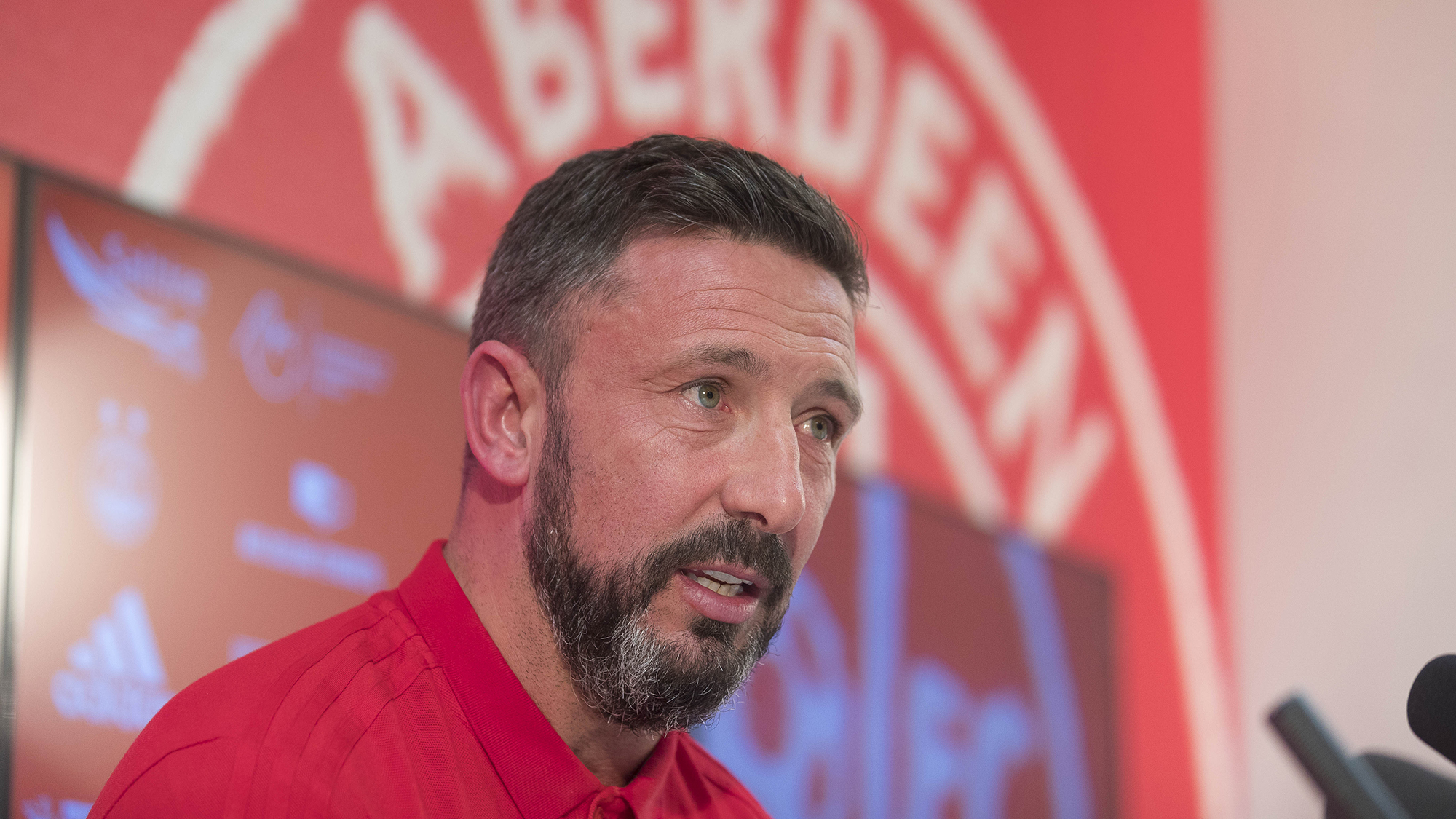 “I had a good chat with the Chairman and as you know we have a very good relationship, which is key for any manager and I just reiterate what he’s said. I’m happy here, I’ve said that all along. This is where I see myself and nothing changes that.

“I can’t do anything about speculation.

“I have never commented on speculation and I don’t feel the need to comment on it now. Nobody asked me about West Brom and I got asked one question about Scotland a month ago. The Celtic manager doesn’t get asked about the Everton job or anything else. This is purely driven by rumour and speculation and enough is enough.

“We work at Aberdeen and we get on with Aberdeen’s business and move on and that’s why I totally endorse what the Chairman’s said.

“I’m happy to reiterate and move on from it.

“I think it’s wrong for us to be continuously talking about another club’s situation. Stop asking people at Aberdeen, the manager, the players. I’m here to talk about Kilmarnock.

“I don’t think there’s any extra motivation (to win on Sunday).

“Kris Boyd is now working in the media as a pundit so if people are paying Kris to give his opinion then I’ve no problem with him giving his opinion. While I don’t agree with it, I’m fine with it and it’s a bit sad for us to think we need any extra motivation to go down to win a game at Kilmarnock. Where the grey area is, is Kris is speaking as if he’s a former player so it’s unprecedented that while he is in the game he is giving comment. It wouldn’t be my player commenting on other players, but Kilmarnock are fine with it. I happened to think our players did deserve the opportunity (to be in a Scotland squad) and there was no better time to do that than in a friendly game.

“We’ve got a decent record against them.

“We had won every game in my team here until we drew 1-1 up here and we were disappointed with ourselves that day. We started the game really well and the game was probably a bit too comfortable for us without getting that second goal. A change in shape from them and they deservedly got an equaliser and we huffed and puffed in the second half.

“I think that game is a warning to us. Kilmarnock are capable of getting results and we’ve also got to show our capabilities to keep going for 90 minutes. If we’ve got spells when we’re on top in the game we’ve got to go and reinforce that.

“With Steve coming in I think it’s a brilliant appointment. He was one I thought would be considered for the Scotland job such is the regard I have for him. Having met Steve recently at a development game he’s really enjoying being at Kilmarnock and you can see his way of working. He’s had some good results, not always wins, but picked up some good points and performances. I think that will make it an even tougher challenge and that record we’ve had has been strong and it will be put to the test on Sunday. We aim to go down and win the game.

“He has worked at a really good level and to finish 8th in the Premier League with West Brom was a fantastic achievement. I think Kilmarnock have done very well to get a guy of his ability and experience. I think he will do very well there, but hopefully not Sunday as we will look to get back to winning ways.

“Last week we were awful.

“From start to finish it was such an uncharacteristic performance from us. Take nothing away from Motherwell as they deserved the victory. The start is important, especially if you’re the home team as you want to impose yourself. We were second best and to lose a goal from a set piece when the ball has travelled 40 yards was disappointing. It’s a reminder to myself and the players that we may have some good players here, but it counts for nothing if you don’t put your shoulder to the wheel and work hard. It’s been a tough week in that sense, but we’ve had a good week with the players and analysing it with a video session. It wasn’t a pretty watch and I didn’t want to watch it again, but needs must. We normally leave those performances in isolation and hopefully that’s where it stays.

“Everybody is fit and Shinnie’s back available so I have full squad to choose from.”