Quotes from the managers post-match media conference at Hampden. 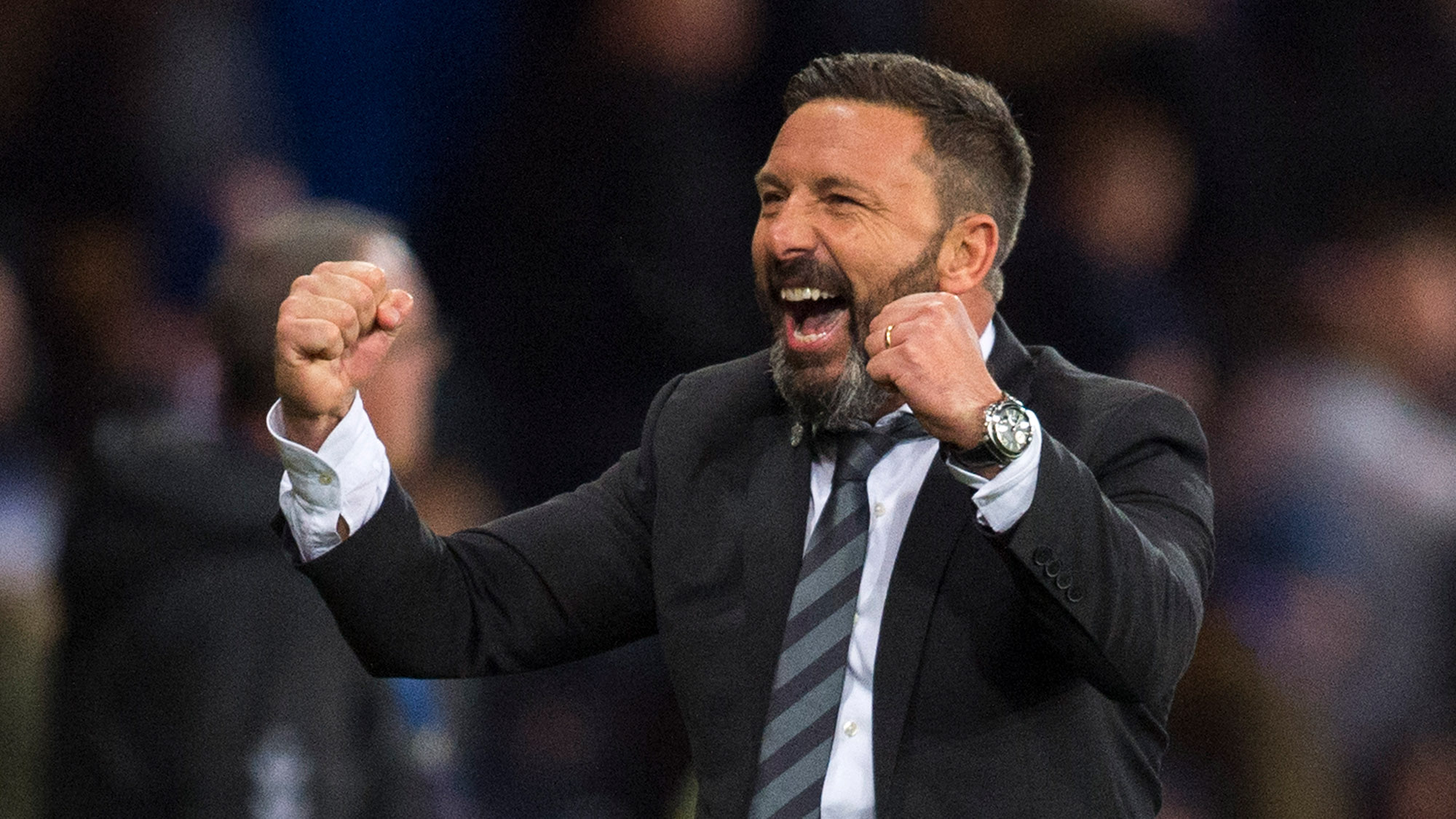 “Any time you win a semi-final, especially a late winner, you’ve got to try and enjoy the moment.

“It was a fantastic moment when Lewis gets on the end of it.

“When Andy goes off, and we’re not the biggest team, Lewis has to then pick up a 6ft 3 striker at their set plays and he deals with that. He’s also imposing enough and determined enough to get on the end of Niall McGinn’s cross for that all-important goal.

“I was disappointed in our set plays because with Goldson being that spare head in the middle of the goal we wanted to make sure we bypassed him and too often we were putting in on top of him. Lewis gets the flight of the ball above Ejaria, puts in a fantastic header and shows good technique to get on the end of it.

“It was a brilliant moment for us because we had to dig in at times.

“We had one or two good moments in the first half, but I thought Rangers huffed and puffed and never really worked Joe. A striker is all important and I think Rangers’ star player is Morelos and I think they missed him today. I thought they dominated a lot of the possession as you’d expect sometimes, but we defended brilliantly and that’s three clean sheets in the League Cup.

“Our club’s been built on winning trophies by coming to Glasgow and winning against the old firm and to win the League Cup this year we’re going to have to beat a strong Hibs team at Easter Road, Rangers at Hampden and then Celtic at Hampden, but at least we’re in the mix. 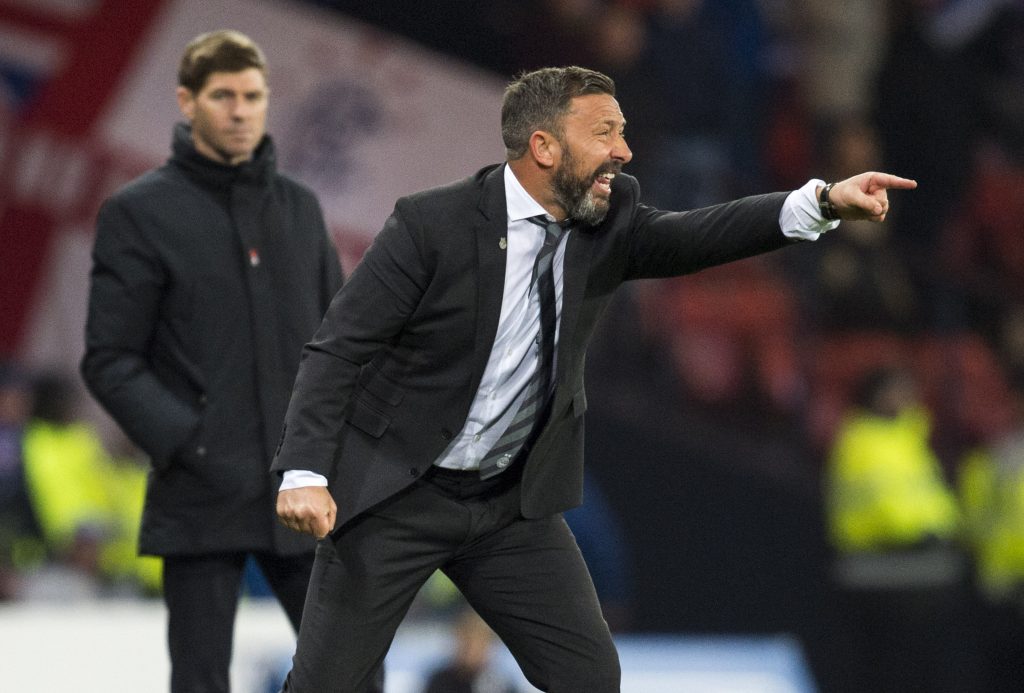 “This team’s still working hard to find their best form and make those improvements. It is a new team again having lost a few players and it’s good we can still get to cup finals while we’re still working together.

“Seven semi-finals, four cup finals in five and a bit years and you need to go back some 30 years to get something close to that. I can’t defend my own record or the team all the time and it’s there to be seen. There’s certain games where we can do better and we deserve criticism like any team.

“We’re making a far better fist of it as a club and doing a lot of things right and being competitive against teams like Rangers and Celtic. We’re judged and criticised at times for not beating the old firm and there was a time not so long ago where Aberdeen couldn’t beat Inverness and Ross County with the greatest of respect. At least we’re putting ourselves in a position to be criticised.

“Andy’s ok thankfully. He was actually conscious, and he wasn’t out cold or anything it was more his neck the medical staff were concerned with. We’ve had a text from the hospital and he’s absolutely fine and I wouldn’t have thought of any lasting damage.

“Max was maybe unlucky not to play because he’s been doing fine, but we needed enough size and experience in the team to deal with their team. When Max went on he got up the pitch well, but it did make us a bit lighter size wise and we all had to take a bit more responsibility and thankfully we seen off Rangers set plays. Max did fine and he’s going to do fine for us.

“I’m delighted for all my players and for the supporters, particularly the ones who made the effort to come down and back the team and I’m delighted to send them home happy. Even then a lot of them were maybe not expecting us to get the job done against a good Rangers team and Steven has a good thing going here. I thought we’d have to play better to win truth be told, but I knew we’d have to defend well and show enough resilience as we’ve shown in the cup and thankfully that part of the game has got us into a final.

“Lewis Ferguson is a dream of a boy and I absolutely trust him with anything that I ask him to do – whether it’s screening a back four, playing against Burnley and making sure he got in the box and supported. He’s a natural footballer and was born to play at Hampden and he’s going to have a fantastic career. He had his hands full when Rangers rotation was good at times, but he showed calmness and competitiveness that kept him in the game. I always felt he was going to be a big player for me quickly. From the first day of testing at pre-season it wasn’t just “that’ll do” it was about trying to be the best right away and it’s a great attitude to have as a young footballer. As well as being technically good, he does everything as a footballer, but his biggest thing is his determination to be the best player he can be. There’s real level of maturity for someone so young. 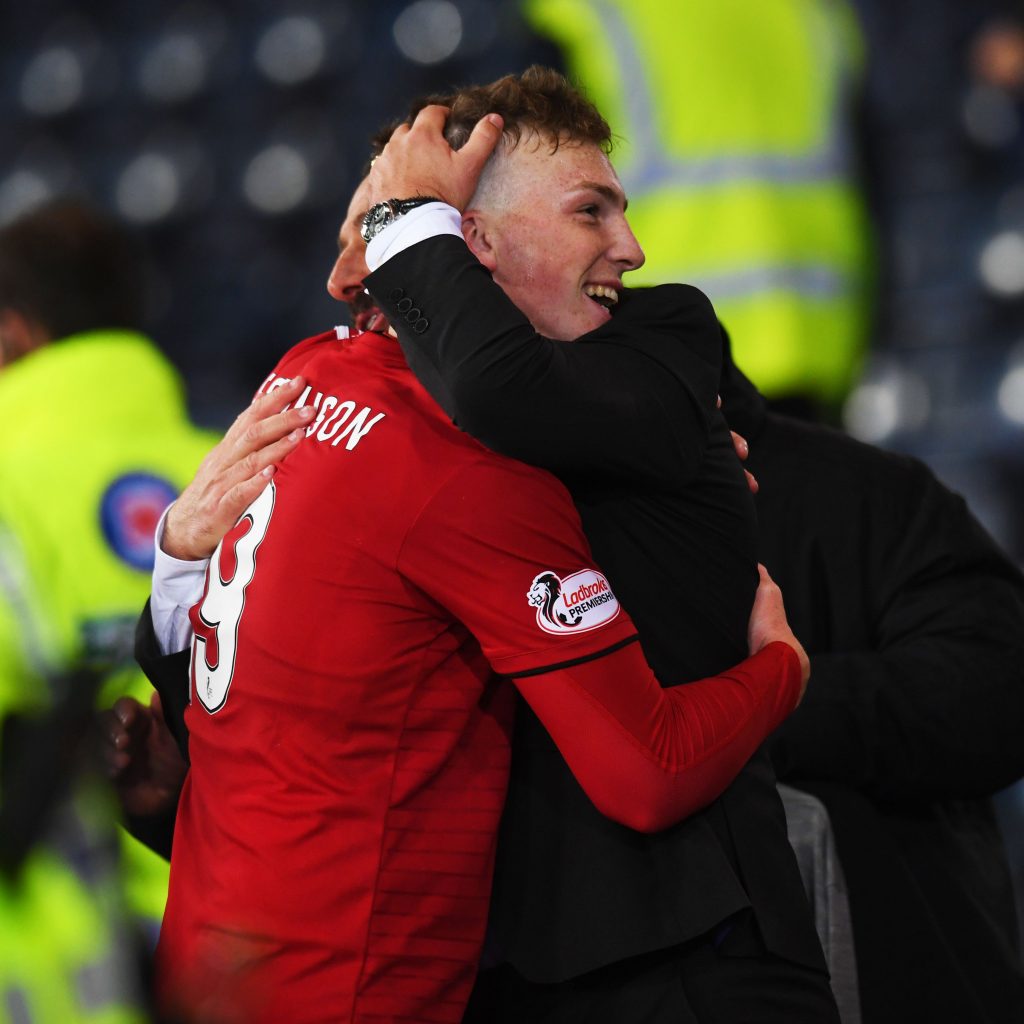 “That team that lost that final (2017 Scottish Cup Final) we were up against the best Celtic team of a generation and they were righty praised for beating everybody in front of them. I do feel losing the two finals that year was tough on us. That day was the last game for my team. That team was three/four years in the building with Jack, Hayes, McGinn, Pawlett and Ash Taylor all going. That was five of my regular starters that I lost that summer and it almost felt like that was the last game for them. We’re trying to build another team at the minute and it’s tough to continue to replace good players. I can’t get a ready-made Kenny McLean, Jonny Hayes or Ryan Jack and it’s difficult to replace like for like, but the plan is to work with young players. They get used to working with you and you try and improve them. It’s important for our club to bring in a Lewis Ferguson. We took in Kenny from St Mirren, we took Shinnie from Inverness who were young players who we thought we could give a platform. That’s the job for me to try and keep putting teams out who are competitive. Rangers have clearly improved and Celtic it’s always going to be tough to beat them.

“Do I think we can beat Celtic over a cup-tie? Absolutely. For us to win the League Cup we’re going to have to have beaten Hibs, Rangers and Celtic in Edinburgh, Glasgow and Glasgow and we know it’s not going to be easy, but we’re 90 minutes away from doing it.

“The last thing I said to the players there was it’s important to focus ourselves on that league. Try clocking up some points and get some wins behind us. It’s important we come into that final in good form and we’ve got work to do. Every player has to take responsibility for their own game and try to make sure we’re as good as we can be. Hopefully injuries are good for us and we go in with confidence because we’re going to have to get moving in the league.

“A cup final is there for people to enjoy. We’ve always brought plenty and our semi-final crowd is normally as it was today regardless of the opposition. We still got almost 11k fans for a semi-final on a Sunday and that’s not bad shooting, For cup finals we’re looking for a lot more and I’m sure if we get a 50/50 split there will be plenty people making sure they want to see Aberdeen.” 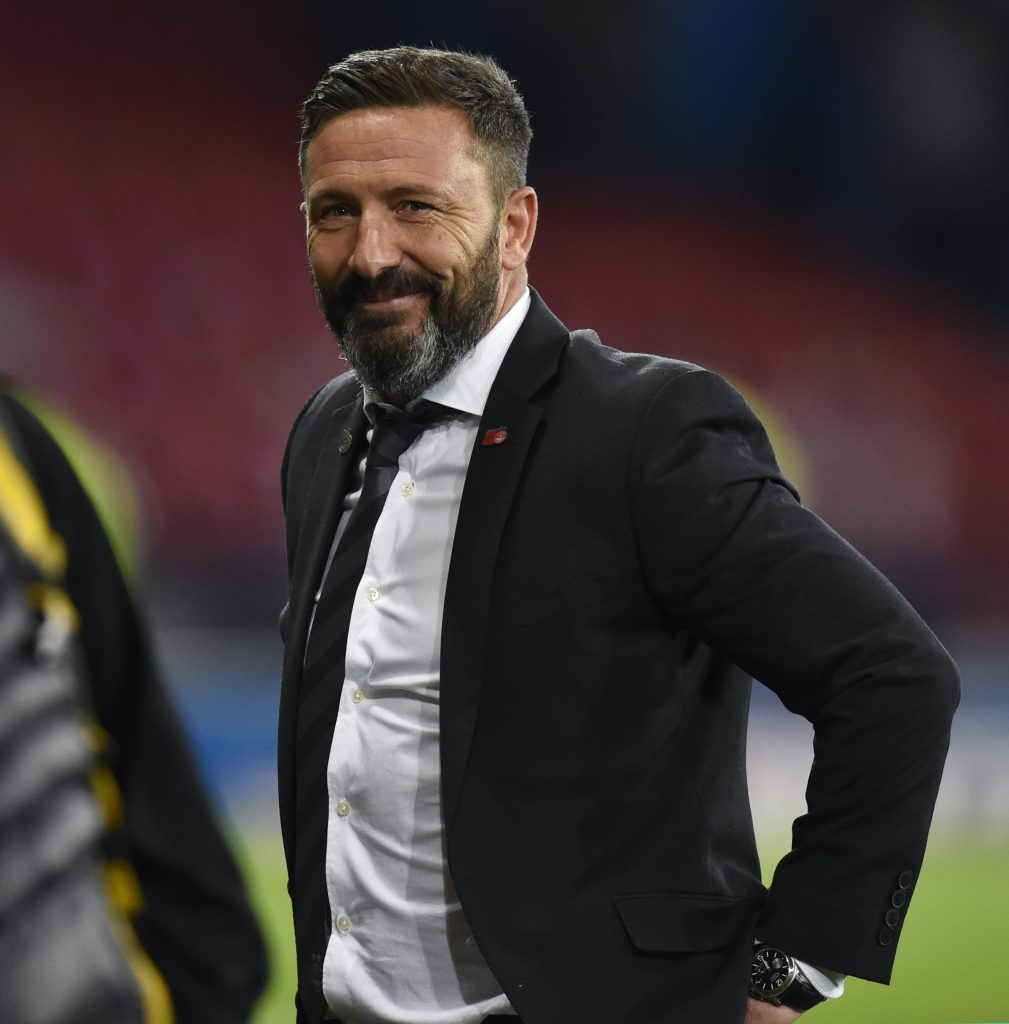 RedTV | Reaction from the Players

RedTV | Reaction from the Players