The Managers quotes from his press conference. Also click on the red box to watch his RedTV interview. 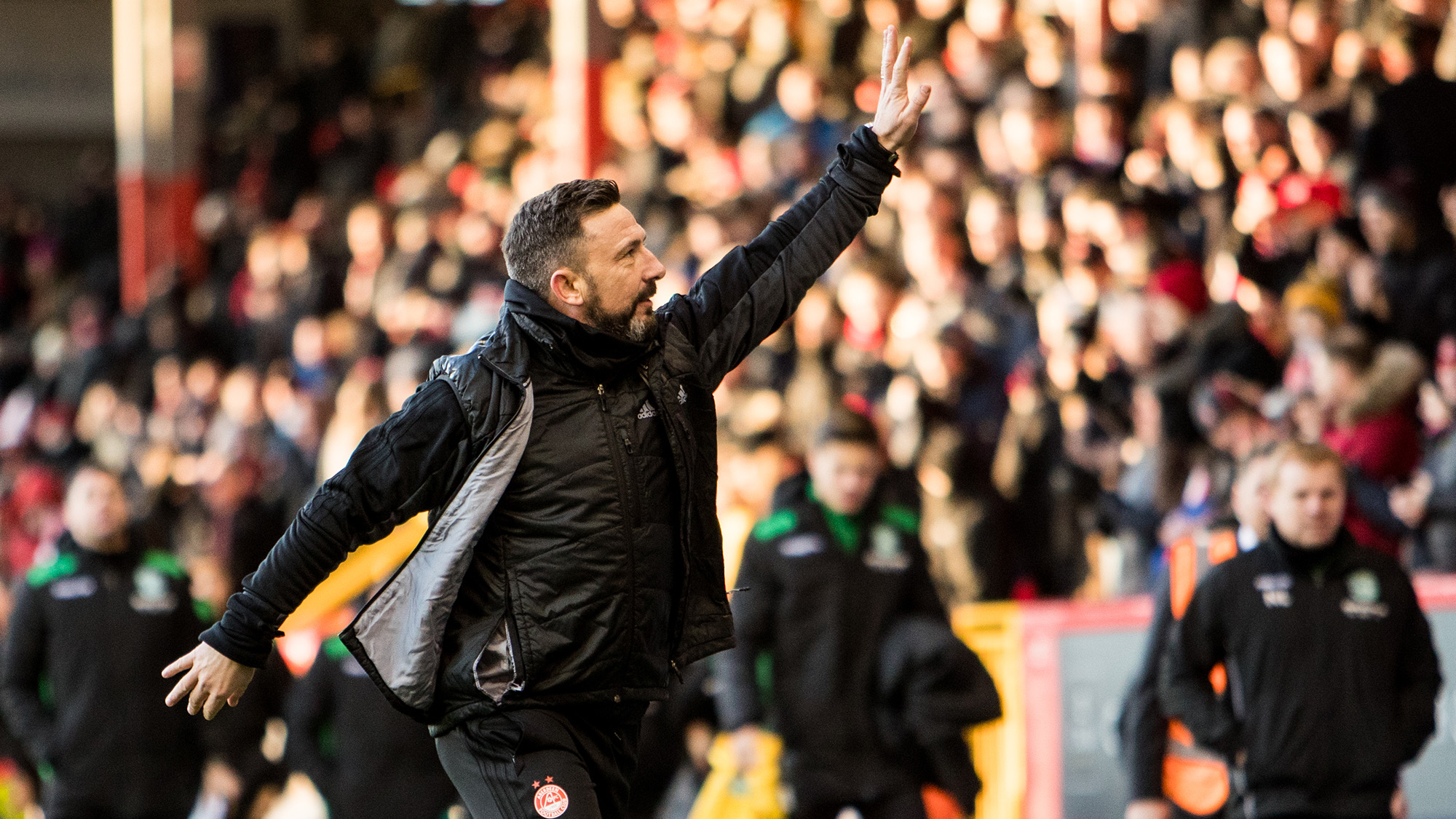 “I think when you put it in context with the level opposition it may well be our best performance and I thought we were very good from start to a minute to go.

“I thought we were really tenacious with our pressing and we defended with real concentration and aggression. We were bright with possession and carried a threat. I thought there were a lot of good players on show in both teams, but I thought we had the better performers individually.

“As a team I thought we were excellent and the only little blip was not getting our third clean sheet in a row. We deserved it and it’s an unfortunate deflection, but we should look after the ball better on the half way line. Considine’s goal should stand as it’s onside so there’s a mistake there, but by in large I’m very pleased with our level of performance.

“My midfield three of Christie, Shinnie and McLean were outstanding because they’re up against good players and I thought we were strong in the air and that gave us a good platform to turn the ball over and play. We scored four, but we threatened to score more and Gary will be the main focal point and rightly so because his finishing was excellent. He’s capable of that quickness in movement and he was a strong performer in a very strong Aberdeen performance.

“I believe in Gary and I was really keen to get him here. He should watch a copy of that game time and time again and I believe he’s got potential to be that more often.

“What we’ve had here in the past few years is good wide players who we have a level of trust and dependability to play wide. I could count on one hand the amount of times McGinn and Hayes didn’t do their jobs properly, but what they also did was carry a goal threat. They contributed with finishes. We need our wide players to contribute with goals. I’ve always thought Gary was a good finisher and a calm finisher and we saw that today. He just needs to show that level of performance more often and hit the heights of what he’s capable of. Like any wide player it’s all about that consistency and that’s how people judge you. He should be pleased with his day’s work and take it on into the next game because he was fantastic.

“I think confidence is important especially for wide players. More so than any other positions. You see with a lot of wide players, that if they start the game well then that’s them set up. Sometimes when they don’t start well they fall out with themselves and beat themselves up and we have to take them off. I’ve always thought with wide players with pace and trickery, they can win you games, but if they are not going to win you it they sometimes can be more likely to lose the game. It was clear today he was going to be on song and he fancied the challenge. He’s coming off feeling good about himself and that pleases me because he is a boy at times who you need to keep reminding how good a player he is. When you see his wee flicks, and tricks his head is where it’s meant to be.

“I demand a lot from my players. We went out of Europe because our wide players didn’t stop crosses and didn’t match runs. That’s a fact and a big part of the game. We’re demanding, but what they have got is real talent. I’ve been really pleased with Greg Stewart recently, but we left him out and freshened it up with pace because we thought we’d get good supply into Mackay-Steven and that was the case. Whether it’s Christie out there or Scott Wright, Greg or Gary they’ve all got that ability to play that position.

“If a manager wants to talk his team up, then I’ve no problem with that. I think Neil has justification to say his team are playing with so much confidence and he’s talked them up, rightly so. I think Hibs have been very good this season, but we want to be pleased with our own work and I know we’re a good team. We need to fight off challenges this season and there’s good teams in this league, more so this year than any other year. We showed today that we’re a good team.”