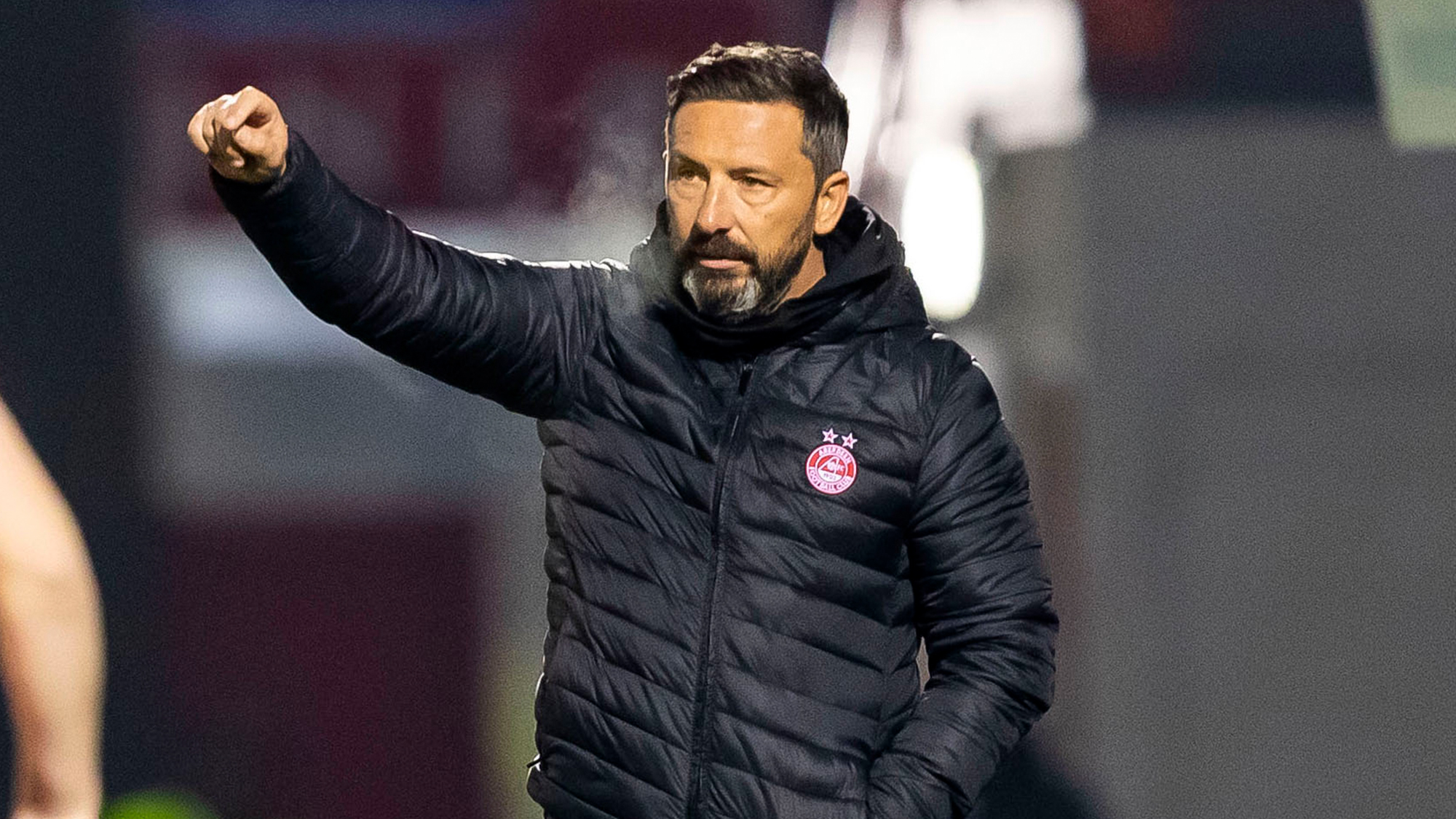 “It wasn’t straightforward by any stretch of the imagination until we got the second or third goal. Hamilton started sharper than us and I think the surface was taking a bit to get used to. It was icier and that makes it a quicker game. I was a wee bit disappointed with our use of the ball in that first fifteen minutes. Once we scored we settled down in the game. We spoke at half time about learning from Saturday and showing that winning mentality in terms of going after it and putting the game to bed. We knew we still had work to do. It was a good second from big Sam to open his legs up and showing his pace. The third came quite quickly after it and it knocked the stuffing out of Hamilton. It was quite straightforward from there on in. The performance wasn’t perfect but I thought it was very professional for the majority.

“It’s great for Sam and the supporters have really taken to him. I think it’s clear for anyone who’s been watching him recently is the confidence. Confidence is important for any player, but especially strikers. The first one he reacts well to and the second is something we see a lot more in training where he can really open his legs up and isolate a centre back. He’s worked hard at his game. He’s knuckled down and learned his profession and considering where he was not so long ago he’s improved brilliantly. Hopefully that continues. His game’s in a good place.

“You don’t like taking a boy off when he’s on a hatrick, but it’s just with games coming up in mind we changed it.

“We spoke today with the players about the importance of each three points. It’s too early to say it’s a title race, but it’s an important eight or nine games coming up and if we can get to the 30 game mark and we’re still in and around it then we can maybe say there’s a chance of really being competitive in that last stretch, which is the business end of the season. We’ve just got to knuckle down and get on with the job. We spoke about having that focus for each game. This one’s done and we now have to go deal with a good side in Kilmarnock. The biggest compliment I can pay Kilmarnock is you come in here tonight and you find out they’ve beaten Rangers you’re never surprised. That’s a testament to the work Steve and his players have done. Any team can be good for a couple of months, but to do it for as long as Kilmarnock have done is testament to how good they’ve been. The short term aim for us is to go above them. There’s plenty football to go this season so I just want my players to deal with each and every game. That pleased me tonight.

“We’ve got a lot of games coming up and in the replay we need to right the wrong from the first match. We dealt with a far bigger schedule in December and came through it so maybe it’s not a bad thing just to keep playing games. The first one against Kilmarnock demands all the focus and hopefully we can be good enough to win it.

“Greg (Stewart) is very thoughtful and gives us that bit of craft that we need. He brings composure and there were moments when he took the sting out of it and brings a bit of thought to it. A lot of players haven’t played with Greg before and it’s getting used to each other. For me I’m delighted he’s in our ranks and helping us with the challenges ahead. He’s a player I’ve always admired. Hopefully he can have a big influence on the team.

“Niall we rested down tonight as well as he was feeling his hamstring a wee bit and didn’t take any chances. McLennan will hopefully be back for the weekend as another option. When you’ve got GMS and Stewart, McGinn, Cosgrove and May there is decent movement, but the important thing is being a threat and we weren’t being a threat enough in the early stages of the season. There was still decent play and a lot of movement, but not a killer instinct. There’s a goal at the end of the pitch for a reason and we weren’t doing enough to score more goals. Now we seem to seem to have grasped the importance of that and every player at the top end of the pitch have contributed recently.”