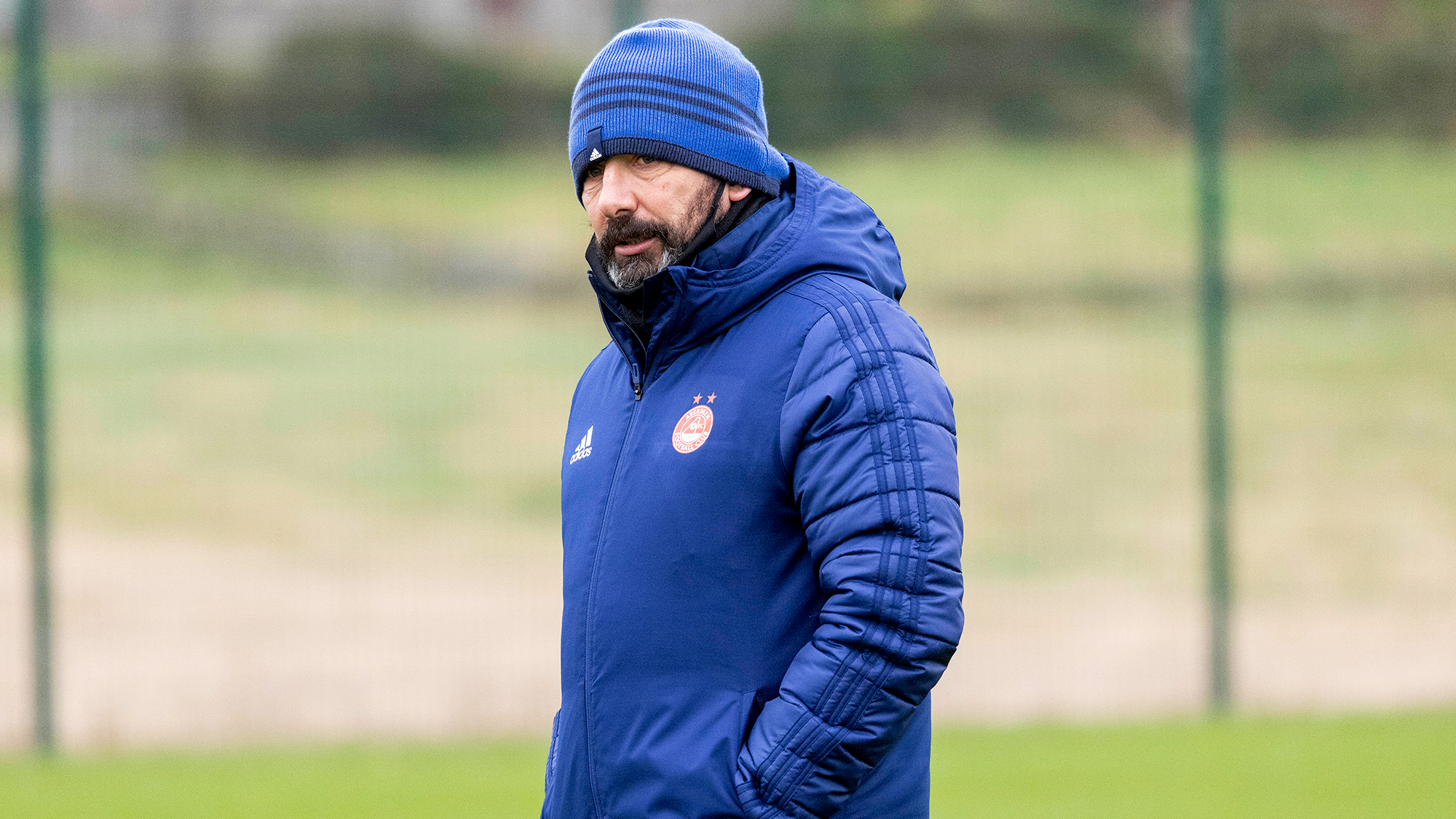 The manager carried out his pre match media duties on Tuesday lunchtime ahead of tomorrow’s trip to Hamilton. To watch the full press conference on RedTV, please click the red button.

“We are the same for tomorrow night as we were on Sunday. We are hopeful that we might have one or two back for the weekend, but nothing is certain.

“Scott Wright is going to see a specialist as his groin injury hasn’t responded. He picked it up at the end of last week and we got it scanned but unfortunately for us he is not responding the way we would have liked and he will go and see a specialist.

“We are a wee bit more optimistic about Niall and Jonny ahead of the weekend.

“I think Brian Rice will be encouraged by that performance, a performance like that most weeks in the SPFL will get you three points.”