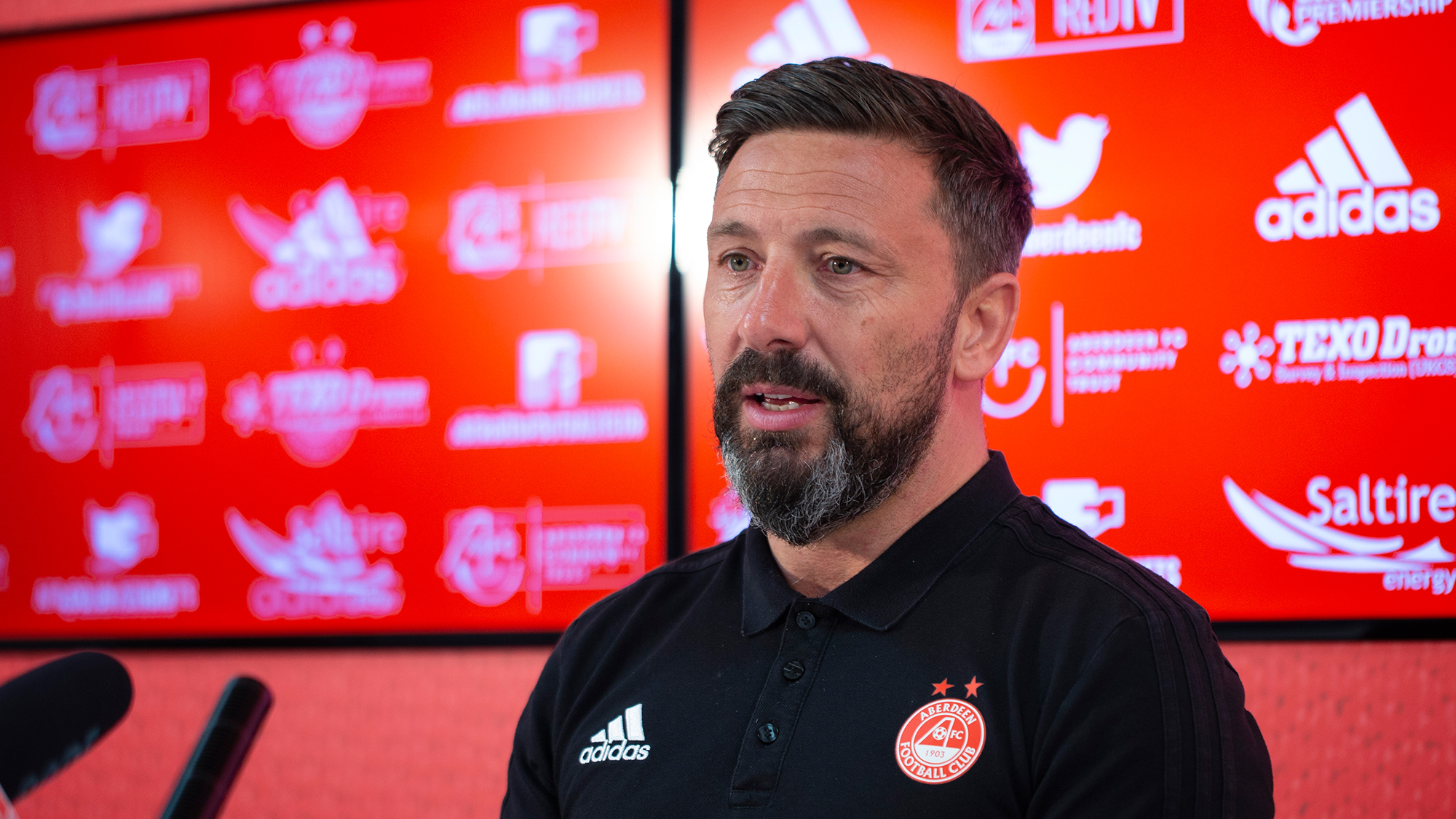 “It’s a tough game ahead of us, but exciting because there’s still plenty to play for from our point of view. Celtic being at home the last day of the season they’ll be wanting to try and finish off their campaign on a high. I’d imagine there will be at least two or three players in the Celtic team that’ll be playing for cup final places, so I think there’s enough on it from their side, but certainly from our side it’s a very important fixture. I’ve been really pleased with the performances of late in the league pre-split and post-split. We’re going into the game in decent form and it’s not easy to win games post-split as you’re up against the best teams. While we’ve won two and drawn two, only losing the one goal in the four games, it’ll need all the good bits from those performances on Sunday and hopefully we’ll get a complete performance to allow us to get something from the game. We go there with big hearts and a big motivation to go and do well and hopefully it’s still in our hands to finish second. The fact we’ve got that opportunity is certainly worth taking.

“It’s certainly the toughest fixture. When the post-split fixtures came out I was actually pleased with what we had. I was hoping we had one more win before we went to Celtic Park, but in saying that you have to beat good teams to achieve anything and for us even the other night against Rangers it was far more like us in terms of competitive. I didn’t think there was a lot of good football played in terms of the technical side of it, but normally that is the way when Aberdeen and Rangers play. The competitive side has to be far better against Celtic. In each of the games we’ve played Celtic have deservedly won the game, but there’s been good spells in all the games. We’ve had that and maybe we could have done better and it’s important in those good spells that we try make the most of it. Like the Rangers game we gave ourselves the chance to get something from it through the performance and prior to it and this one we hadn’t done well enough up until then. We’re looking for a more improved performance to get something.”

“Being in Europe doesn’t take the pressure off us. I’m happy for us to go relaxed and try show ourselves, but there’s a danger of being too relaxed and being satisfied with your work. I’m delighted to get into Europe which is obviously something that’s very important to us and it was brilliant to achieve that again for the fifth season in a row. Finishing second is what we’ve been looking at for a while now and we want to maintain that. It’s very important to us and hopefully the performance of the team will illustrate how important it is to myself and everyone else in the club.

“When I look back to when we played in the Scottish Cup Final last year we wanted to go into it in good form and our post-split fixtures were decent last year. There was one or two of my players last year who were playing for places and it was a last audition to go and show that. Good teams need to play with an edge and Celtic are a good team and they’ll see the importance of getting into the cup final on the back of a strong performance and having that edge. We can’t expect anything other than a tough game and we can’t go down there hoping Celtic have one eye on the cup final and it’s all party and balloons for them and they’re not caring about the game. That would be foolish from anybody’s point of view, but certainly from my players point of view and we’re not expecting that type of game.

“We have to be mindful maybe at half time knowing what the score at Easter Road is because it may have an effect. We may need to go chase the result if Rangers are winning then we’ll need to go win. If the game is in the balance, then there’s a point where we may have to go for it. We’re going down there with the intention and feeling that we have to win the game. That’s the way I’m feeling about it and I don’t want to be dependent on Hibs beating Rangers. I want to be dependent on my own team and getting what we need to get done. From the start of the game I’m expecting us to have to win it, but that may well change as we go along so we’ll be mindful as events play out because tactically it may affect decisions we make.”

“The earlier starts in Europe do put you under that bit more pressure to deliver signings quicker. Sometimes you need to make that call, whereas maybe you might miss out on one or two nuggets that come up further down the line. Finishing second gives us an opportunity if Celtic win the cup to have a later start in Europe, which will be good for everyone. In terms of the players having a shutdown physically and mentally. Also, for us to have time to properly recruit and not be rushed, but that said we’ve been meeting players over the last couple of weeks and we’ve identified players over the last few months that we’d like to work with next season. The whole thing is ongoing, and we may have something to announce on that in the next week or two, but we may not. Certainly, the work is ongoing. We feel we can identify those that will be good for us we’ll do it whenever and in an ideal world we’ll get as many of those done before we report back for pre-season.

“I like the sound of that (finishing second and beating Celtic). It’s easier said than done, but that’s the intention. I like the thought we’re not dependent on others and I know people say Hearts did us a favour the other night, but the onus was on Hibs and Rangers as well. We had the points and set out to win both games, but it wasn’t a disaster for us not to win. The team is in decent for, but we need to find that and a bit more if we’re going to beat Celtic on Sunday. That’s what we set out to achieve and we’re pleased we’ve broke the 70-point barrier again and if we can get another three points to add to that then that’s a nice way to finish.”

“Nwakali is back in and Dean Campbell and Bruce Anderson will be added to the squad. Ryan Christie misses the game and McKenna is suspended. Niall McGinn misses the game unfortunately and Kenny and Mackay-Steven had a couple of knocks, but we’re hoping both of those will be past fit to play.”

“Celtic have made it clear that Ryan’s to go back for pre-season and Brendan has said he’s part of their plans going forward so that for me kills it unless it changes. I don’t think we can recruit depending on Celtic deciding what to do, but it’s been made clear he’s going back, and he goes back with our best wishes. I’d like to put a clause in it that he can’t play against us next year, but we can’t. He’s done himself no harm and I think this is the most games he’s ever played in a season. He’s maybe tapered off a wee bit the last few games in terms of bringing that real top performance, but what a fantastic boy he’s been to work with. He’s made a big impression on everybody from supporters, staff the players alike and if the opportunity ever came up for him to work with us again we’d be keen. But we’re now trying to look elsewhere because the door seems to be shut on that.”

Player of the Year

“It’s well deserved for Scott. I think the three boys that were in the running for it, Kenny, Graeme and Scott it was a right assessment. A lot of players have been very consistent this year, but those three have been up there at a very high level this season. For McKenna it’s great recognition and shows what can be done. The fact he gets Young Player of the Year, Player of the Year and an added bonus of Goal of the Season is a fantastic and fitting end of the season for him. It’s a pity he’s not with us for Sunday’s game, but he’s more than played his part in helping us get to where we’ve got to now. The good thing is you just know he’s going to get better so if this is him then there’s still a lot to improve and when he’s picking up player of the year it’s great to have that potential for next season. It’s well deserved.”

“What the squad looks like for the first kick of the ball next season might be different from what I want it to be at the minute, but we’re certainly trying to get enough good players in. I’ve identified the key positions and areas of the team that I really feel we need and I’ve felt that for a while to be honest. Trying to attract those key individuals to the club is always a challenge because good players normally cost a transfer fee and if they’re free then they normally cost a lot in wages and we need to try and bring that quality to the team to add to the good players we’ve got. It’s ongoing and a constant challenge to replace what we have with Christie, McLean and others leaving, but we’ll certainly try and bridge that gap. Hopefully the team that sets out the first game of the season you’ll still have that competitive element of it, but also that quality we’ve been used to over the last few seasons.” 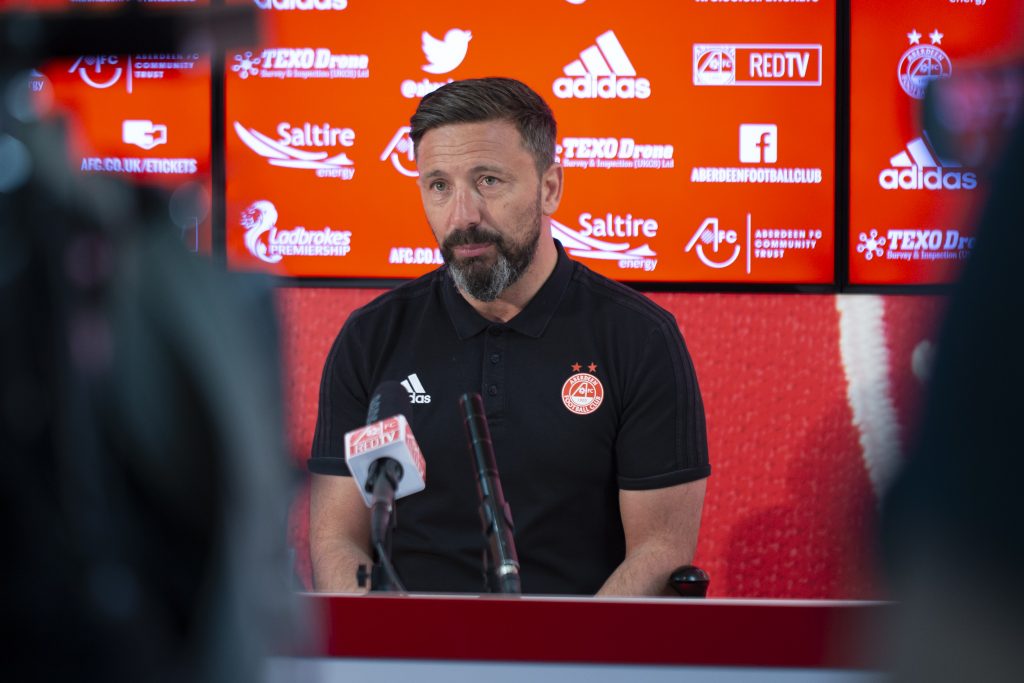