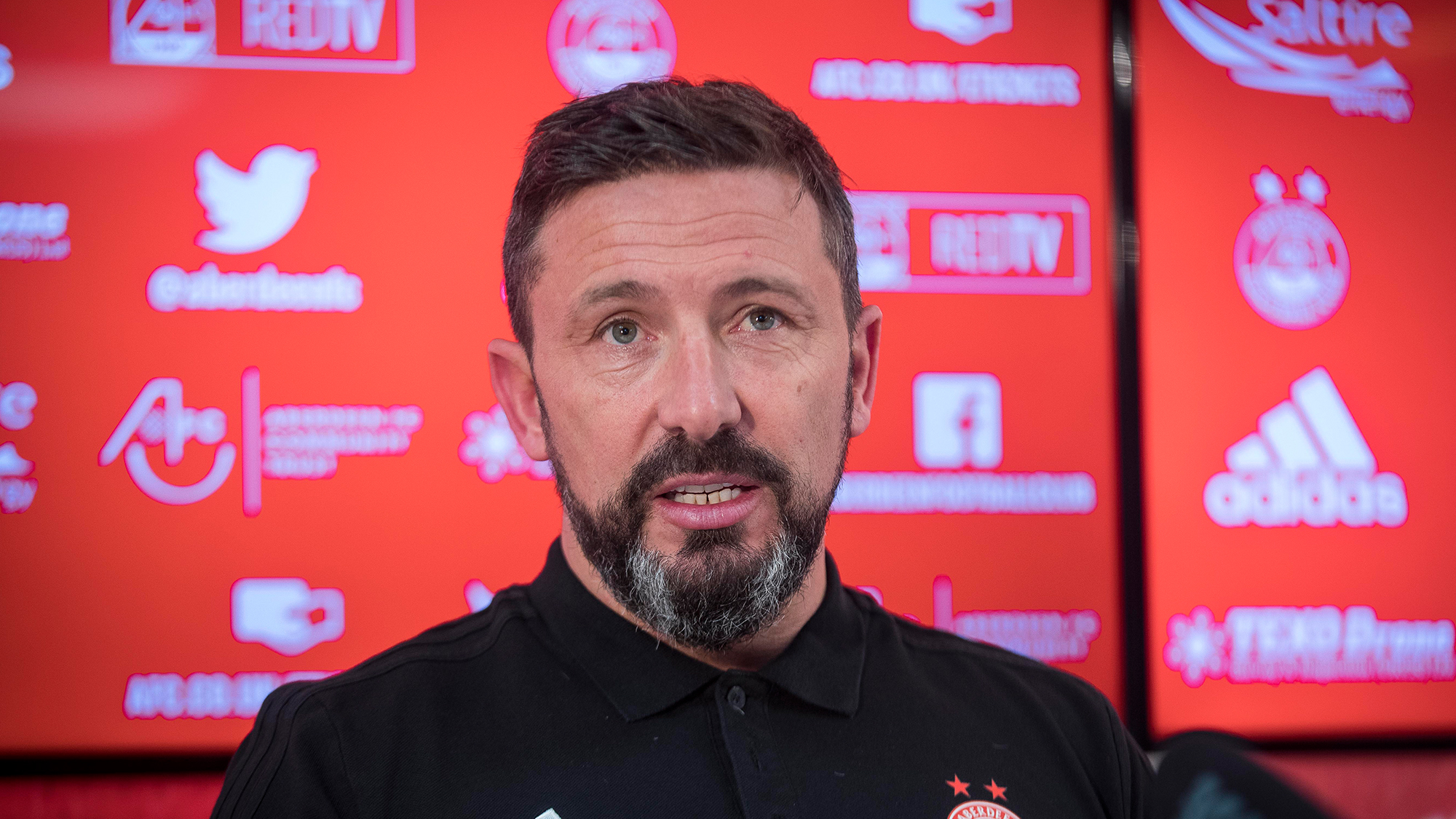 “Any time you get a disappointment you want to get back to winning ways as quickly as possible.

“Celtic offer the toughest challenge to any team in Scotland so we’re well aware it’s a tough ask, but we’re looking forward to the game. There was a lot about the performance we weren’t pleased with last week, but it’s a total contrast to how the team have been performing with the amount of goals we’ve scored and winning run we’ve been on. We were disappointed with the second half performance, but also aware I’ve worked with the players long enough to know it’s the kind of performance is in isolation.

“I’m looking forward to the game and hopefully setting about the task of getting a positive result against Celtic.

“It’s been difficult. As manager of St Johnstone and in the first few years here at Aberdeen we managed to beat Celtic a few times and I think it’s nine games that I’m reminded of. A couple of them have been cup finals, but all the games have been first against second, so they’ve been meaningful games. I think Celtic treat the game the way the game should be treated as well. They’re normally at full tilt with team selection. You see their team selection against other teams and it’s not a criticism, it’s just they’re utilising their squad, but against us they always make sure their big players are always on the pitch.

They always have a full motivated performance as they see the importance of playing against Aberdeen, who are normally the closest rivals to them, and trying to give us a slap down and win the game. That in turn makes it more difficult for the players. Our players should relish the challenge of that and the responsibilities of getting the result for Aberdeen. We recognise Celtic are going to be strong and we’ll strive to get individual performances from ourselves and ultimately a strong team performance.

“Celtic haven’t lost many and they’ve had a few draws, but they’re nine points ahead of us and I still think they’ve got the squad that’s the strongest in the league. They’re used to playing game after game with the schedule coming back from Europe and lifting their performance. I don’t think there’s a better time to play Celtic. But you’ve got to realise you’re playing a team ready to set out and win. Celtic teams set out to win. We set out to win and we’re trying to win the game.

“I’ve always felt you can’t think too much how the opposition can turn up. It’s always our own performance and hopefully it’s good enough and meets the standards I want from my team. Clearly, we never met that last week and hopefully we can get something more familiar to what we’re used to.

“It’s a test. Celtic test you more than any other team, but it’s important we have a strength, confidence and an attitude from the team that we expect to get something from the game. You’ve got to go onto the pitch believing that is the case. The real Aberdeen normally turn up. As I say the second half performance was a surprise to myself and a complete contrast to what we’ve been getting of late. I think the players we’ve got here are always keen to win, perform and I think they recognise our standards dropped last week. We’re ready to get back to winning ways.

“It’s the back end of the season that people remember. We are where we are in the league. Nine points behind, sitting joint second on goal difference so whatever’s happened has happened and it’s about what happens in the next eleven games and hopefully three cup games. You’re judged on the business end of the season and this is where we are. At least we’re in the quarter-finals of the cup and hopefully we can deliver everything we want for the season and be happy with our work come the end.

“Ryan Christie is obviously unavailable, and Graeme Shinnie has his second game suspension. Young Danny Harvie was back training this week and everybody else is fit and ready to go.

“Regarding Tony Watt it’s just training. He can’t sign for another Scottish club and it was just a favour. We share the same agent and was just a favour to keep Tony training. I said that earlier in the week and there’s nothing in it.”