The Dons keeper, playing at Pittodrie for the first time, spoke to redtv after the game. 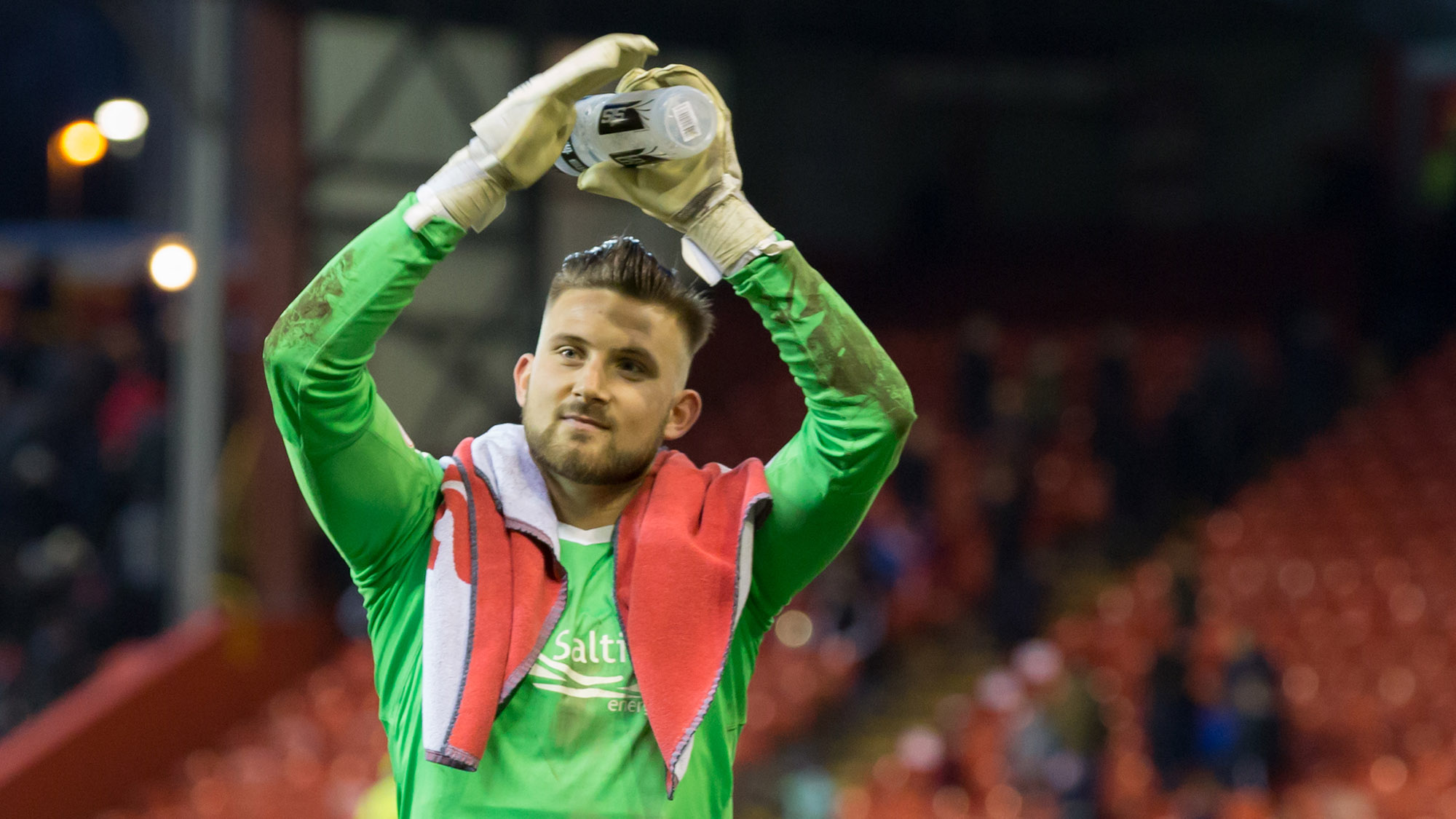 “I have waited long enough for my chance so I thought I needed to grab it with both hands and I feel like I did alright.

“I’m happy with how it went and it’s a good win.

“The first half did not go to plan. When their goal went in I was thinking this isn’t going well, but the second half we came out and done well.

“We came in at half time and the gaffer had clear instructions for us to change. We went out in the second half and put them into place straight away, but we didn’t really need them when Scott scored from the half way line! The second half was so much better and when we went ahead we really dominated it and it’s what we should be doing at Pittodrie.

“I couldn’t believe Scott hit it and when he hit it you couldn’t tell where it was going, and I wouldn’t have liked to be on the end of it! It was some strike and I’m delighted for him. It was one of those special moments that he’ll never do again.

“I went up and celebrated because he was closer to me than he was than the other end!

“I managed to keep a couple of shots out, which was good. It’s always good to get out there and showcase yourself. I wanted to show people what I could do. I could have gone out and had an easy game, so I’m delighted I got a few saves. But the most important thing is that we won the game and got the three points.

“Obviously, my full debut has not come under the circumstances that I would have liked, and I hope Joe has a speedy recovery. We get on really well, but I’ve got to be ready to take my chance and I feel like I am ready.

“My time at Falkirk went really well so I don’t think there were too many issues today. It prepared me for the game today.

“I can only do what I can really and I’m sure the manager will bring someone in, but at the end of the day I just have to take it game by game and keep showing what I can do.

“We have three big games this week. We got three points today, if we can get three points on Wednesday and then three points against Hamilton next Saturday then we will be right back on track after the disappointment of Ibrox.”

To watch the full interview click on the red button