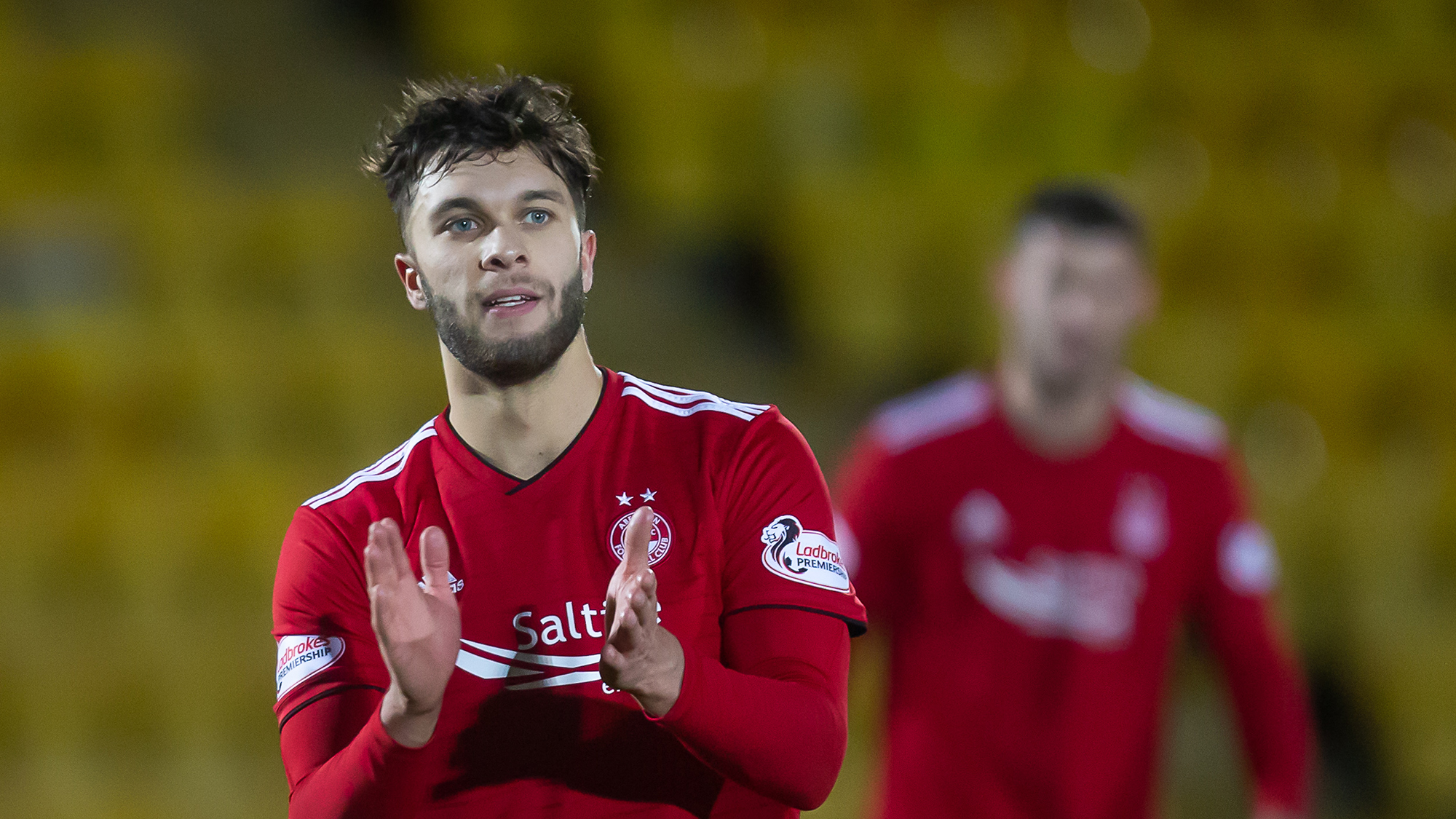 “It probably helped playing Livingston so recently. We knew what to expect and we knew coming here, it was going to be a very tough game. They have taken points off almost everyone who has come here.

“But we had a game plan and we carried it out.

“It is a massive for a winger when you beat your marker. It gives you confidence. But it is not all about producing tricks. The gaffer is very big on making sure I do the hard work going the other way. My defensive duties are just as important as getting into attacking areas.

“Having played with the boys now in a number of games, you start to really build up an understanding and know where to put the ball in.

“It is nice to hear the manager talking about trusting me. I want to play as many games as I can. I played in the cup final and have been involved in a number of games since then. Hopefully I have repaid the faith he has shown in me.

“I did not expect to play as much as I have in December.

“We have a lot of good wingers at the club but I always knew it was important to take my chance when it came and I feel I have done that this season on a couple of occasions. I always had the confidence and self-belief that if I got a chance I would go on a bit of a run.

“We have got a few good results this month so it is nice to feel that I have played my part. It is all about me now kicking on in the new year.

“There is a great spirit in this squad and we have seen that recently. The older boys help the younger ones massively, in training and on the pitch. You saw that today, they helped us a lot during the game and we all pulled together to get the win.

“It was great to see so many AFC Youth Academy graduates on the field (six in total). It is so pleasing to see players who you have come through the system with taking their chance as well. It feels very natural playing with them because we have done it for so many years.

“In December it was just about taking every game as it comes. We did not really worry about the league table or how many points we have. We knew where we needed to be, and what we needed to do. The demands of this club, people expect us to be up near the top of the table.

“Like every other player, my aim in the second half of the season is to play as many games as possible. There will be a lot of players returning to the squad such as Gary Mackay-Steven but having him around will help me. He is someone I look up to.”