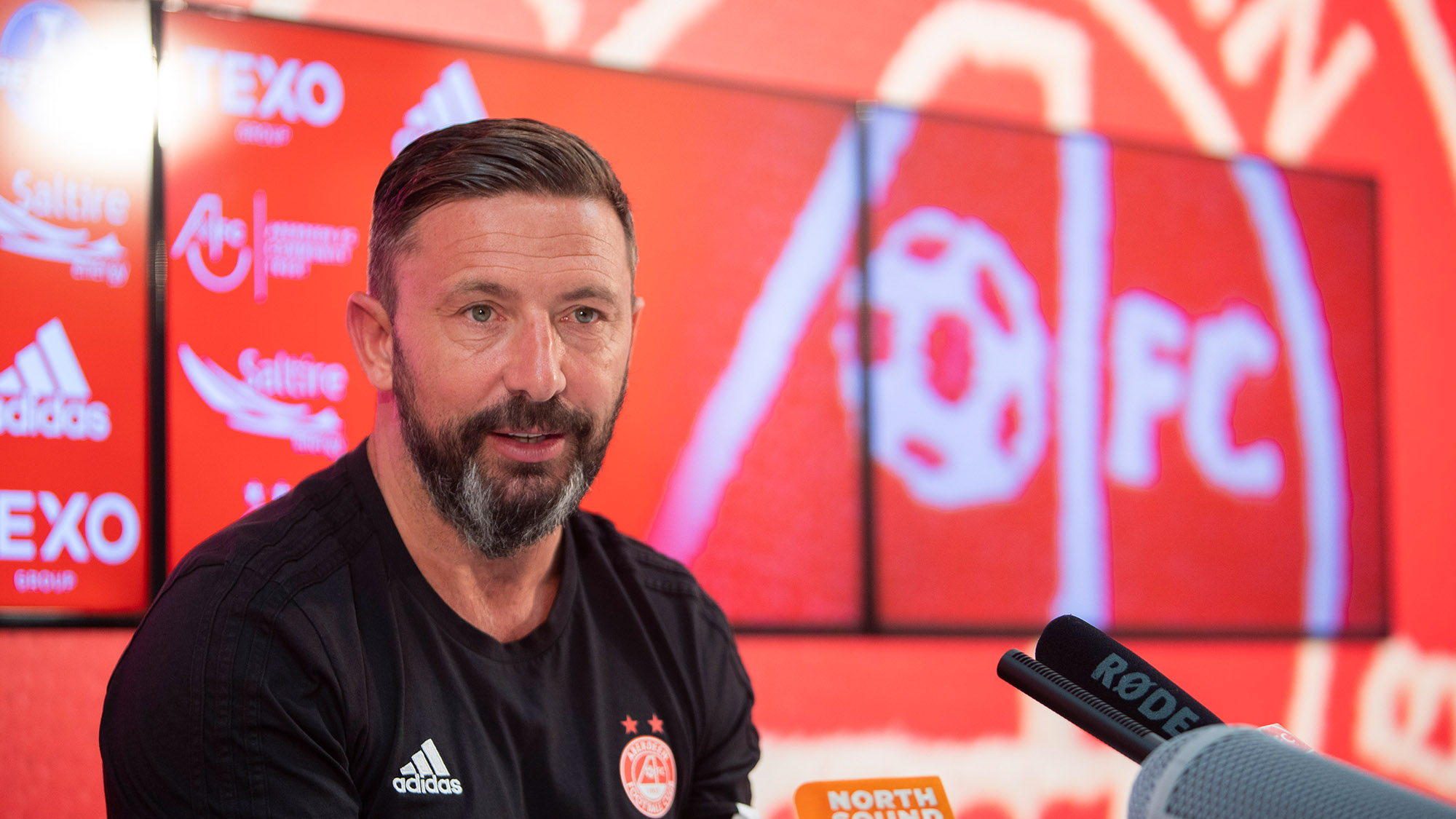 “When you play against Premiership opposition in the cup it’s always a tough game. The fact we’re at home I’m pleased with and hopefully we can put in a good performance. St Mirren under Alan have recruited well and there’s a lot of optimism there as you’d expect with a newly-promoted team and I’m sure they’ll come up here with no fear. Cup ties are all about getting through and obviously we want to bring a top performance and a performance we’re striving for and if we’re good enough on the day hopefully it’s good enough to get through the tie. The cup’s very important for every team for loads of reasons especially teams in the Premiership who will aspire to go the whole way and we’re one of those clubs. Hopefully we can get off to a winning start in the cup and get through to the next round.

“A lot of clubs will go into the tournament hoping to win it and a lot of clubs will be putting themselves under that pressure. We’ve always said we’re happy to have that tag of in demand to win trophies. We’ve been to a few finals and we’ve won a trophy in the last wee while. You have to overcome challenges and different sets of circumstances through each time and this is a tough game, but if you want to go and do well in the tournament these are the types of games you’ve still got to deal with and hopefully we can do exactly that on Saturday.

“James has had a little ankle knock and concerns from the game he played on Friday night for Manchester United. He’s been doing his work with the physios and he’s back in full training tomorrow and if he’s fit, which we expect him to be fit, there’s a good chance he’ll be involved in the game if he comes through that. We’ve been keen to get James and once you’ve waited that long there’s no point waiting any further. Let’s get him out on the pitch and hopefully he’s off to a winning start and a productive start. We’ve got high expectations of everybody this season and James is one of those we fully expect will help us meet the demand.

“He’s settled in very well. Players are players and they get on very well. For him it’s important that he feels at the heart of everything. Although he’s a loan player it’s important he feels important, wanted and plays with a smile on his face. The last couple of years have been a pretty miserable time for him with injures and not playing as much. It is important for him to really enjoy the experience with us and he’s thrown himself into the work and mixing with the players. We’ve got a great dressing room for that side of it anyway and it would be unusual of players didn’t feel at home very quickly.

“We’re always scouring and looking, and I’ve got to be careful as well because for us we’ve got players coming back defensively. Sometimes you can have too many. We don’t have a lot of money to spend and anything else would now be over the budget. Shay will be back the following week against Hibs, we’re hoping Tommie Hoban will be back the following week which will help settle us down defensively. McKenna will get back after the international break, so we’ve got some games to get through and first of all the most important thing is the St Mirren game because it’s the next one.

“We’re hopeful that despite all the injury problems we’ve had and still currently have, we got our first clean sheet of the season last week and I thought defensively we were very strong. Whether we can add to the squad remains to be seen. We haven’t ruled anything out of doing something before Saturday or before the window closes, but we aren’t at a stage where we’re ruling anything in at the minute.

“It’s hard putting a squad together to meet the demands. You set out a task of hoping the squad stays intact. We’re like the majority of clubs operating where you’ve got to prepare for the unexpected at times, but we don’t expect anything to come in for our players. We’re hopeful we can go with this squad and add to the squad before the window closes. Then we can work towards the next window where it starts all over again. For us I don’t expect anything, we haven’t had anymore enquires about my players and hopefully that continues.

“Graeme knows my views on it and I’m really keen to work with him. I wouldn’t swap him for anybody and I’ve said often enough how important he is to me. There is a feeling from everybody in the club that the offer to him is as good an offer as we can make. He’ll be rightly so regarded at the very top of the wage structure for us. We can only do all we can to keep him and we’re working hard on that. We’re hopeful that we can reach an agreement with Graeme, but it needs all sides to make an agreement, so we’ll see how we go with that. We’ve still got plenty time as you know and Graeme’s indicated positives that he’s not against staying at the club. Hopefully we can have some good news on that front before long.

“The spread of goals last year was unusual, but really pleasing as well. We didn’t have anybody really, I think Gary might have had double figures along with Kenny McLean The onus on everyone in the team to chip in was evident and it will be again this year. I think it’s up to everybody to show more intent whether you’re a defender, midfielder or forward in that final third and commit to getting amongst the goals. Hopefully we can have one or two who are prominent goal scorers this year, but also have that attacking threat spread over as we did last year.

Game of the new day?

“I haven’t looked at the other ties to be honest, so I don’t know if we would be regarded as tie of the round, but certainly it’s the most important tie to me and everybody supporting Aberdeen. We see it as a tough game being against Premiership opposition. We’ve watched St Mirren a couple of times this year already and I’ve been impressed with them. Like I say they’ll come up here confident they can get through to the next round. We’re well aware of their threats, but for we’ve got to impress a home tie in the League Cup and go about getting the club into the next round.

“Everybody came through the game fine last week. There were a few wee knocks, but nothing and hopefully James will be added to the squad. Aside from the long term injuries, Shay and Tommie will be missing again.” 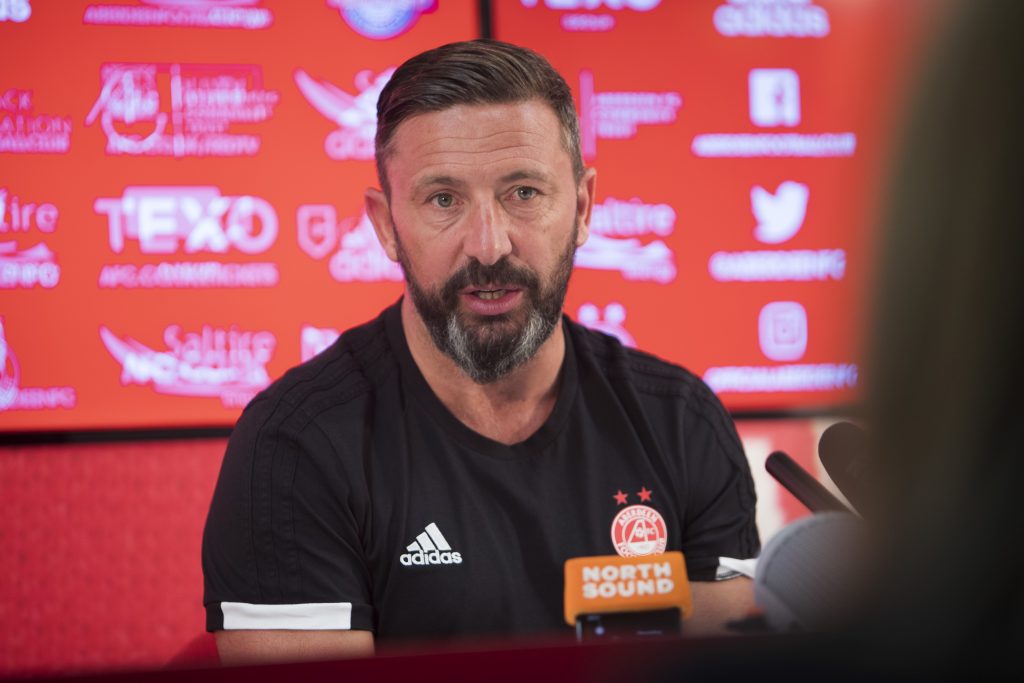