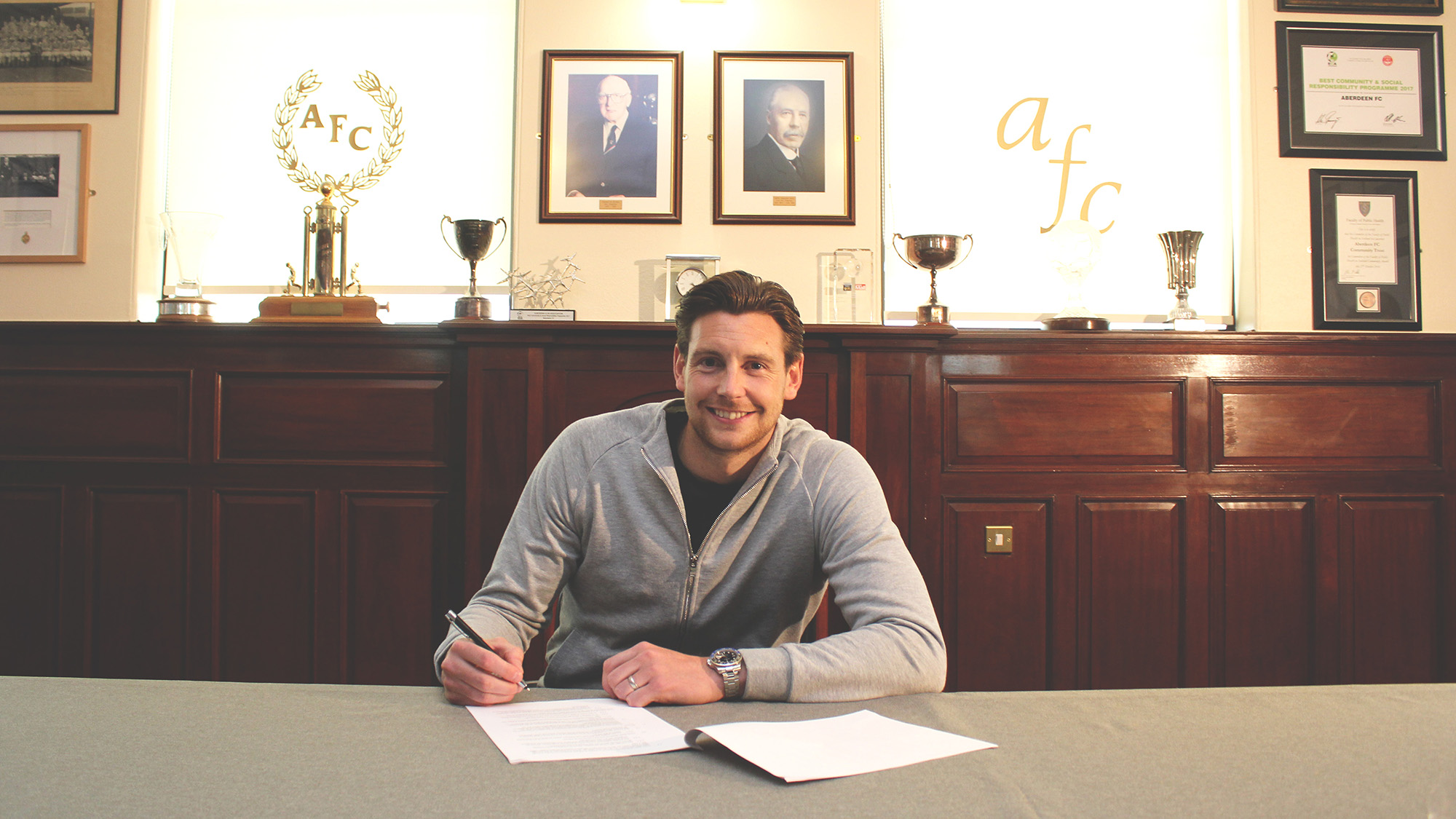 After completing his return to Pittodrie, Ashton spoke to RedTV. You can watch the interview in full by clicking on the red button above or read the quotes below:

“Circumstances at Northampton changed and I wasn’t involved in one of the games and the Chief Scout Russ (Richardson) was at the game. It stemmed from that and I sat with him during the game and one thing led to another and I became available.

“The family loved it here and are very happy for me going back up. My wife is very pleased and we’ve got the two little kids. My daughter was born here so we’re bringing her back home in a sense.

“The first season (at Northampton) didn’t go to plan, but on a personal level it went well especially with the awards I won. They made me captain, but this year was more difficult. There was a change of manager and things change in football very quickly. It’s time to move on from that.

“I think I’ve matured mentally and physically both on and off the pitch and handle things a lot better now. I think I’ve improved quite a bit now and I know what I’m about. I’m more experienced.

“I keep in touch with them all the boys and have always kept an eye on the club since I’ve left. I thoroughly enjoyed my time here so always kept in touch. Big Scott McKenna has done very well and he was coming through when I was playing and has done great since he’s broke through. I’m pleased for him. He’s a good player and there’s still quite a few faces here that I know.

“It was a very good season the year I left and it was disappointing not to get that silverware with the circumstances of them (Celtic) scoring in injury time. I still think a lot about that game.

“That side then broke up with the players that left, but I’m focussed on coming back, putting things right and putting in performances that the fans can be proud of and looking to win trophies.

“I know what I’m coming back to and know how the management team work. I know what they want from me and what they expect so I know where my standards need to be to play.

“It’s huge for the football club to have their own training base and the club can build from that. You can develop a lot better as you can stay out longer and look at things you can work on as a group and as an individual.”