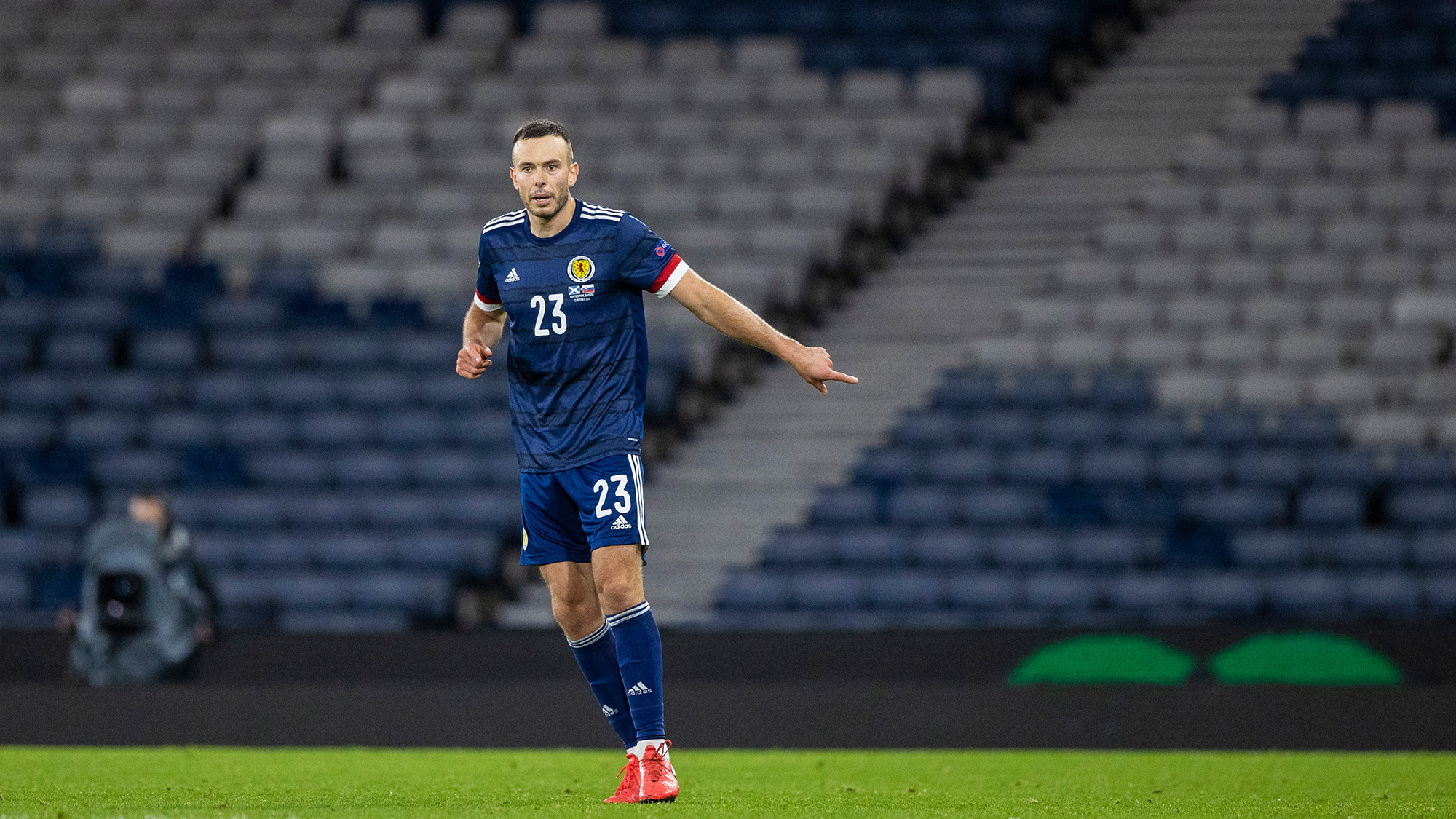 Andrew talked to RedTV after returning from a special week with the national team, where he made his international debut at the age of 33 and helped his country record two clean sheets. As ever with Andy, the big defender was very humble about the whole experience.

“From getting the call up to playing in two games, it was the most emotional six days of my career to be honest, and very hectic too.

“I wasn’t sure what to expect, whether I would get any game time at all. The manager walked through the shape of the team on the Sunday morning and said to me, “Andy, this will be your first cap, you’ll be playing.” There was no time to think about it because the game was that night, and maybe that was for the best, you get your head in the game and don’t have time to worry about it.

“To then actually get out there, to play two games, two wins, two clean sheets and to help the team keep the unbeaten run going and be in good stead ahead of the play-off game in November, I was really delighted to be a part of it.

“It was very nerve-wracking to go out there for that first game, I’m not going to lie, but it was a great feeling to go and win the game. Then to get picked again was really pleasing, for the manager to have the confidence in me to pick me again was great.

“We rode our luck a bit at certain moments, but generally we defended really well as a team and coming out on the winning side is something I’ll never forget.

“There’s a great spirit in the camp, I could feel that as soon as I got down there, they were really up after beating Israel, quite rightly. I’ve played against most of the boys down the years and it was good to catch up with the ex Aberdeen boys, I haven’t seen Ryan Fraser since he left here at 17. Then to go and win again, the mood in the squad was brilliant and it was good to be a part of that and keeping the momentum going.”