Andy spoke to RedTV after his two goals this afternoon. 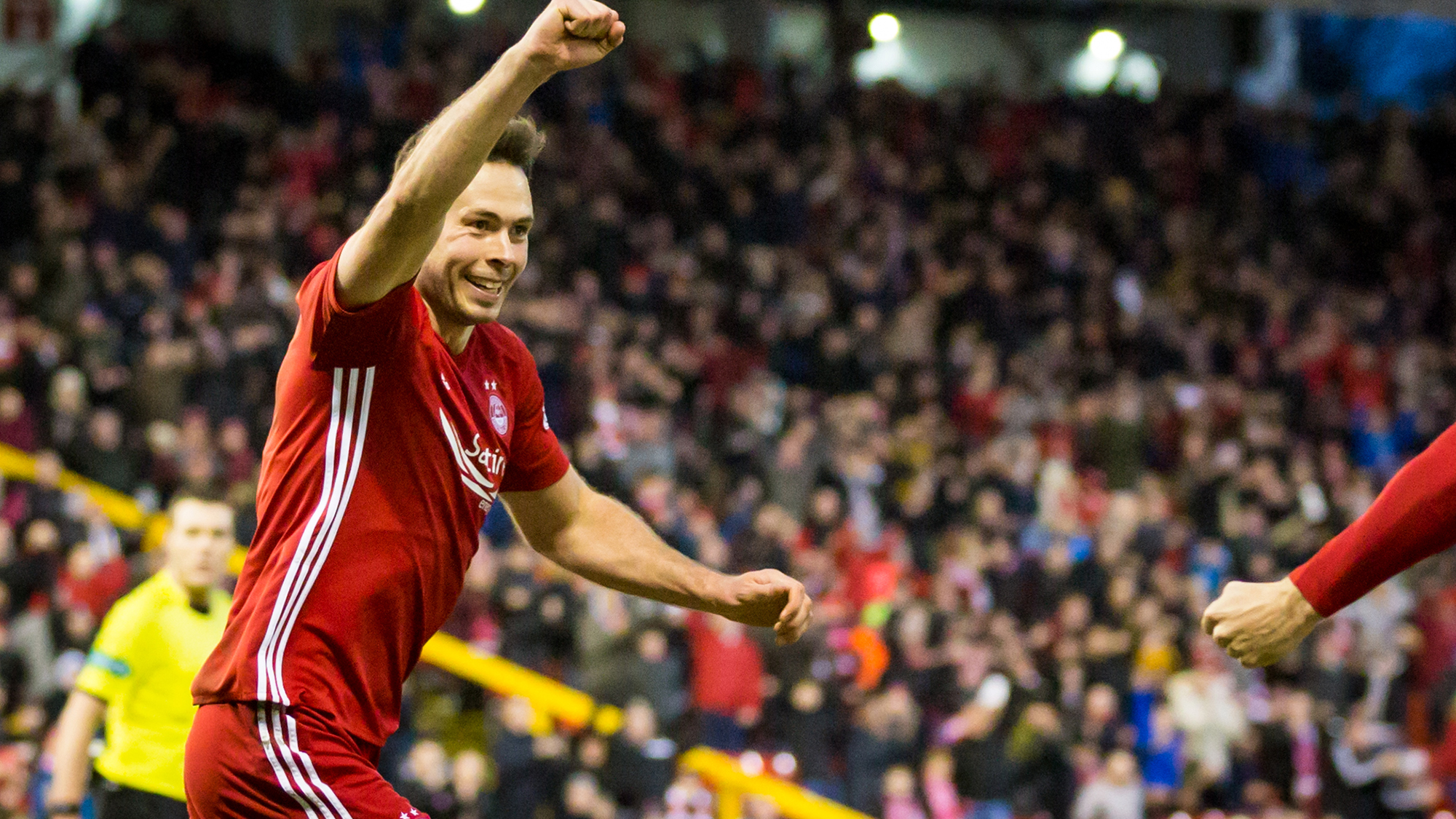 “We knew they were going to sit in and you could tell that by the way they set up.

“It was going to be a tough game like it was up at Ross County.

“It makes it hard to play our type of football with the way the pitch is playing at the minute, so we had to bide our time. We eventually got a goal, which we probably deserved in the grand scheme of things. They wanted to play on the counter attack and we managed to keep them at bay.

“The second half came along, and we upped our game I’d say and stepped up another gear. We managed to get a couple of goals which sealed the match and I don’t even think they had a corner in the second half, so it was great to have that clean sheet.

“The first one set up nicely and I thought I’d swivel and hit it on the volley and I did. It was great, and I’m just delighted to grab a couple of goals and before these two I’d only had the one so far this season. The past couple of years I’ve chipped in with six or seven during the season so I need to get myself going, but great to help the team today. It’s massive for us to get the reaction after the Rangers game. That was the one thing the manager wanted from us and we certainly had a good week.

“I couldn’t believe it! (with Ryan shooting at the end and not crossing the free kick). He obviously had other ideas but it was almost a carbon-copy situation from the Dundee match! I had words with him at the end. But delighted to get on the scoresheet and get the clean sheet.

“When Freddie was called upon he did everything he needed to do. He’s great with the ball at his feet and looks very confident. The pedigree he’s got from Newcastle and how well he did in the summer at the U20 World Cup is impressive. We’re delighted he’s on board and we look forward to him being in behind us in the back four.

“We’ve crammed a lot of games in and you can probably tell there’s slight leggy-ness, We’re due a couple of days to put the feet up and go again Tuesday because Sunday’s massive for us.”