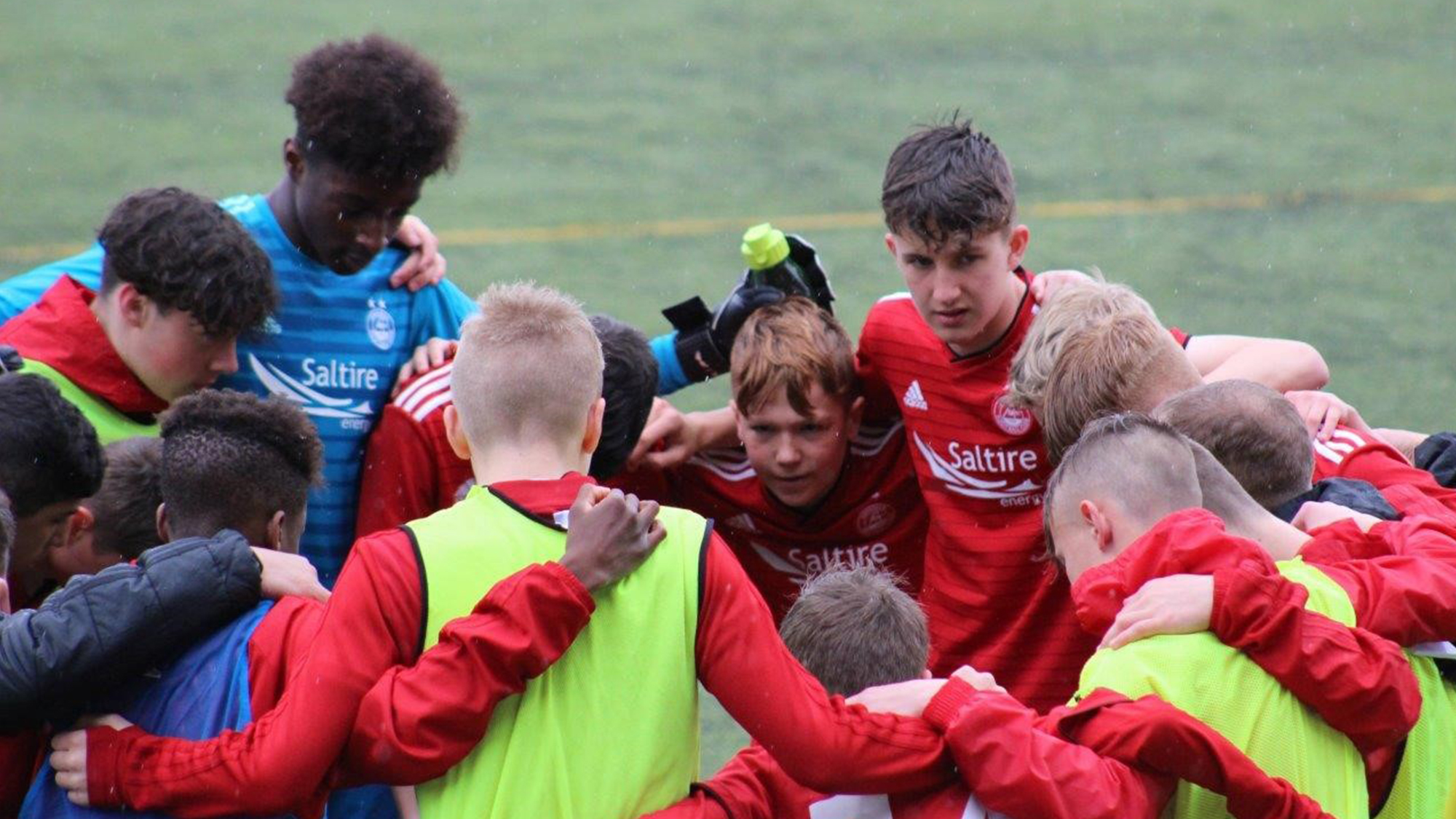 The AFC Youth Academy are half way through their season and also in the middle of a number of foreign and domestic trips.

The Dons 2005’s claimed third place recently at the Iber Cup in Portugal, where many of Europe’s top sides were represented. Their results included a stunning 3-1 victory over Atletico Madrid. We spoke to Head of Youth Academy Neil Simpson this week who gave us an update on the good work currently being done.

To watch the interview in full, please click on the Red button.

“There is a lot happening at the moment. The U15’s have just returned from the Iber Cup.

“Juventus and Benfica made the final and we finished third which was brilliant.

“Yes it’s about development, but I think winning’s an important part of that.

“We got invited to a tournament the week before at The Oriam in Edinburgh hosted by Hearts and did very well there. We beat Arsenal and Liverpool before losing to Dinamo Brest, but it was a great achievement to get to the final.

“For the 2005’s I think that was their first defeat in 30 odd games, so they’ve been doing really well.

“They played in the Hearts tournament on the Monday, Tuesday and Wednesday then flew out to Portugal on the Friday for a week long tournament. The set up was eight groups of four and the top of each group went into another two groups of four. They ended up playing six games and lost only once against Benfica, who went on to win the tournament. They were an exceptional side so there was absolutely no disgrace losing to them.

“The highlight for the coaches, staff, players and the parents, and AFC kit man Mark Emslie was over supporting his son, was beating Atletico Madrid. That was a fantastic achievement for everyone involved and I think good prestige for the youth academy. 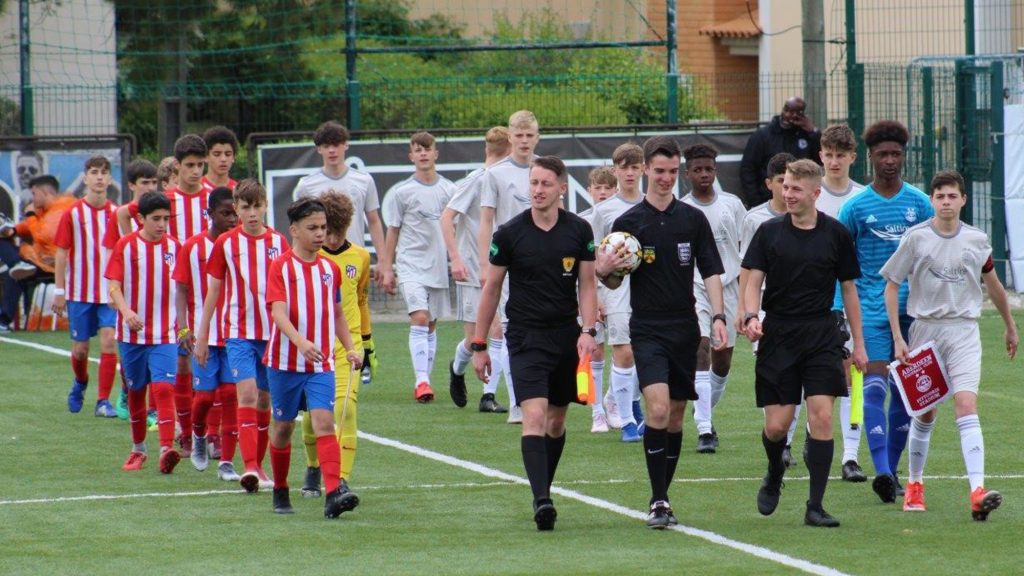 “We started the tournaments and oversees visits three or four years ago and it’s great credit to the board who gave us backing to actually do that. In terms of development for the young players we can play all the teams, but to really help develop a kid you really need to see different styles of play from oversees teams. Some of those players have went to five or six trips and all those experiences they’ve gained has really helped them in that regard.”

“And we also have the U13s this weekend who are travelling to play in the Sligo Super Cup. As well as some top opposition from Ireland, English sides Leeds United and Derby County will be competing so it will be another good test for some of our younger players.

“We also have a team going down to Manchester City within the next couple of weeks for a tournament featuring some of the biggest clubs in Europe including Juventus, Feyenoord and Chelsea as well as City.

“The scout that put me down to Man City when I was 15 is still scouting for Man City now! We’ve always kept in touch and he’s put me in touch with the heads of youth at Manchester City so I’ve built up a nice relationship with them.

“That’ll be a fantastic experience for everyone down there to play in that. It’s at their complex right next to the Etihad so the facilities there are top notch.

“We’ve built up some nice relationships. We were down at Southampton a couple of months ago and that was with the under 10s and under 11s. It’s unbelievable how well they look after us, so we’ve been going down for four years and they pay for everything. We are very grateful to them for doing that.” 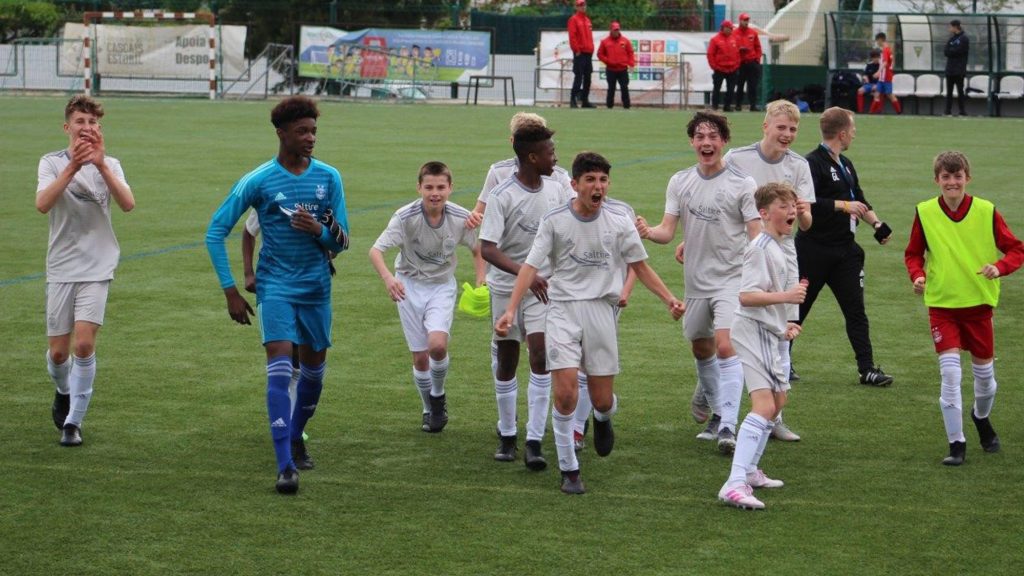