Lewis Ferguson, Joe Lewis and Max Lowe spoke to RedTV after collecting their awards at the AFC Player of the Year dinner. 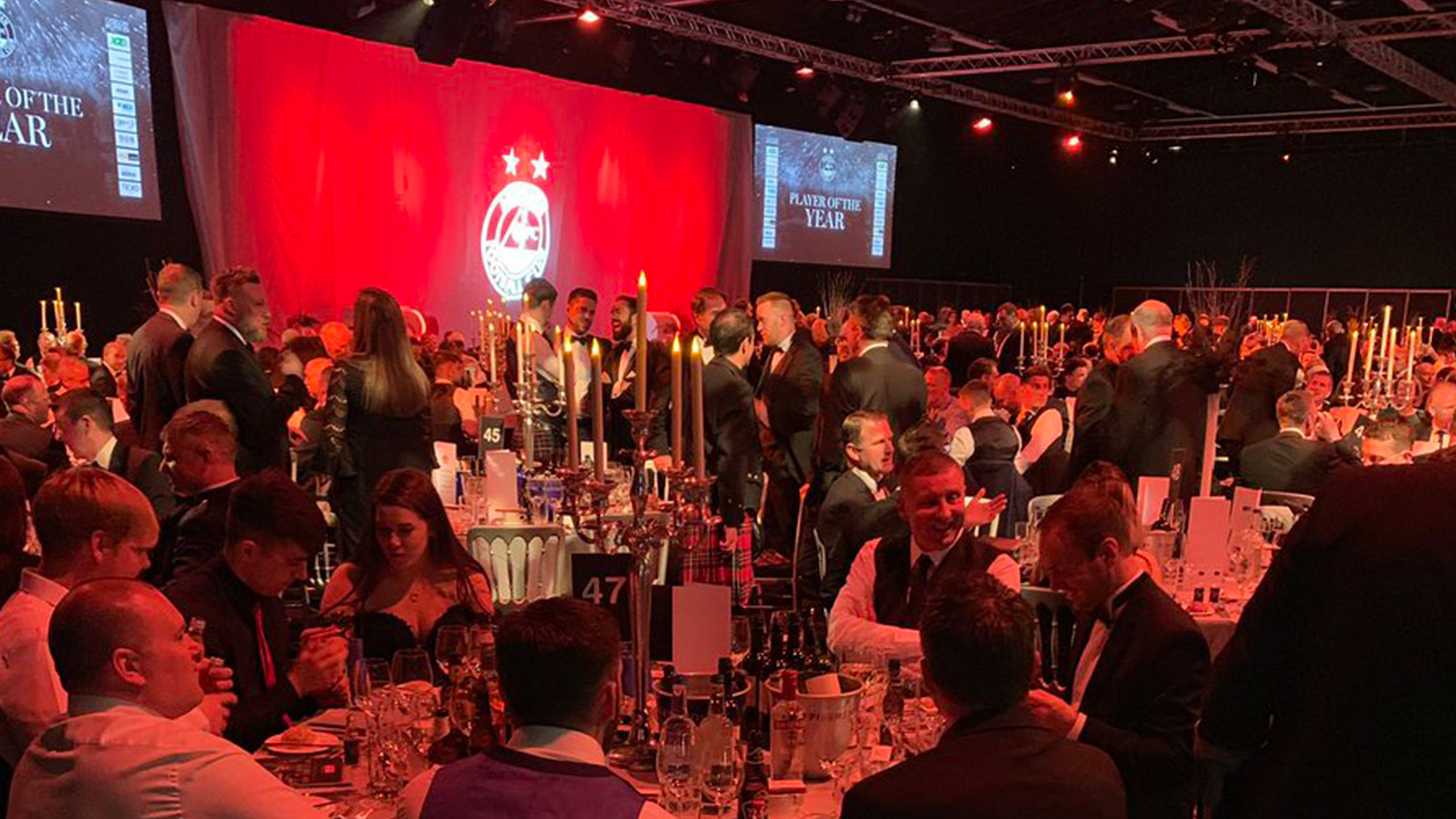 “I’m delighted to win the awards. It’s an honour to get the Young Player of the Year and I’ve had a good season so long may it continue.

“The two goals (Burnley and Rangers) are right up there. The Burnley goal was my first senior goal so it was a special one. For it to come in a European competition made it that wee bit sweeter so I’m delighted to get that as well. I’m really pleased.”

“I was a bit shocked at first as I thought it was just an intro video of all the players that have been nominated. Thank you to all the boys that voted for me. It was difficult for me coming in at the start of the season and it took me a while to get myself going, but the lads have been first class with me. I can only thank all of them and the gaffer and I’ve really enjoyed my time up here.

“It didn’t take me a long time to feel part of the group. The lads were great with me and have been all season. It’s the best dressing room I’ve been a part of and that’s why the group’s so special.

Joe Lewis – Player of the Year

“I’m really proud. I feel really young standing next to these two and they were both great players throughout the whole season. There were a number of worthy candidates, but I’m really proud, pleased and humbled to get the award from the fans.

“There’s a lot of things to look forward to at the club. On the pitch winning games and hopefully winning trophies will be the main part to drive everything off the field as well. Hopefully going forward we can do that with all the young players coming through along with the recruitment over the summer.”