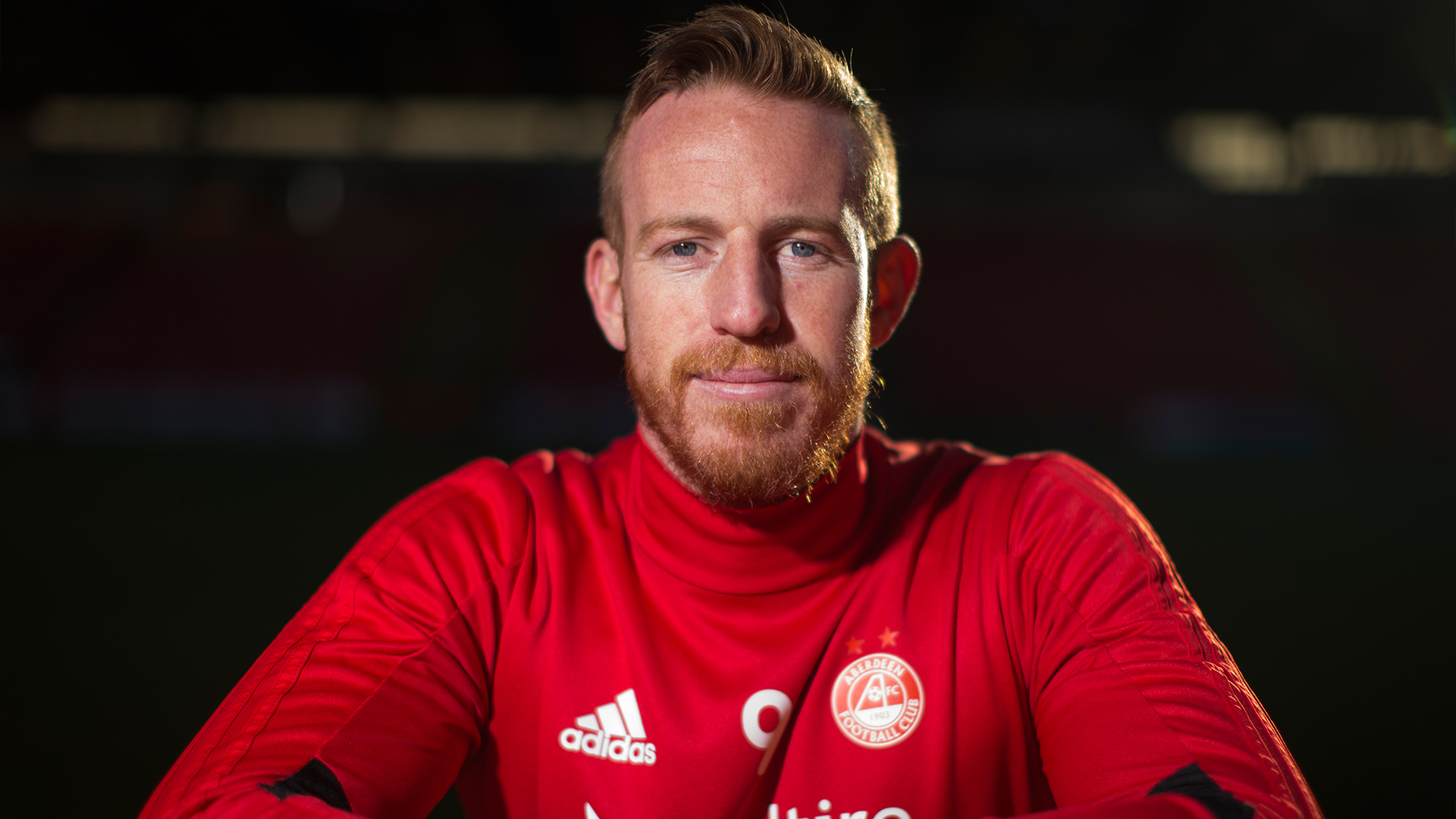 The Dons are back in action on Saturday against St Johnstone at Pittodrie. To preview the game this week striker Adam Rooney spoke to RedTV.

“The next two weeks are massive.

“We have three tough games now in the league so we want to try and take maximum points from them before the big cup game. After that we will know where we stand. Hopefully we will have pushed us back near second spot and we will have a final to look forward to.

“As always one game at a time and we are fully focussed on Saturday.

“I saw the St Johnstone game against Hibs just before the international break. Hibs started strongly but then had their keeper sent off and St Johnstone then played very well and probably deserved to win the game. They then had a good win at home last night. So they have hit a bit of form.

“You know what St Johnstone are like, over the years they have been a very touch team to play against. I know we have had some good results against them this season. I think that was more down to us taking our chances at the right times during the two matches and we ran out comfortable winners. I do not think it will be like that this weekend and we are expecting a tough game. They will come here with their confidence up and will try and make it a difficult game for us.

“We will have to try and find a way to break them down and hopefully get the three points.

Adam has a decent scoring record against the Perth side during his career. In 20 games he has 10 goals and four assists.

“Four assists?! I don’t get many of them. Must have been four miss hit shots!

“Previous records do not really matter going into any game. It is all about what you do on the day. Hopefully I can play and hopefully I can get a few more goals to help the team get the three points.”

To watch the interview in full click on the red button. The pre-match media conference will take place on Friday.