Aberdeen striker Adam Rooney spoke to the media on Thursday to preview Saturday’s game at home to Motherwell. 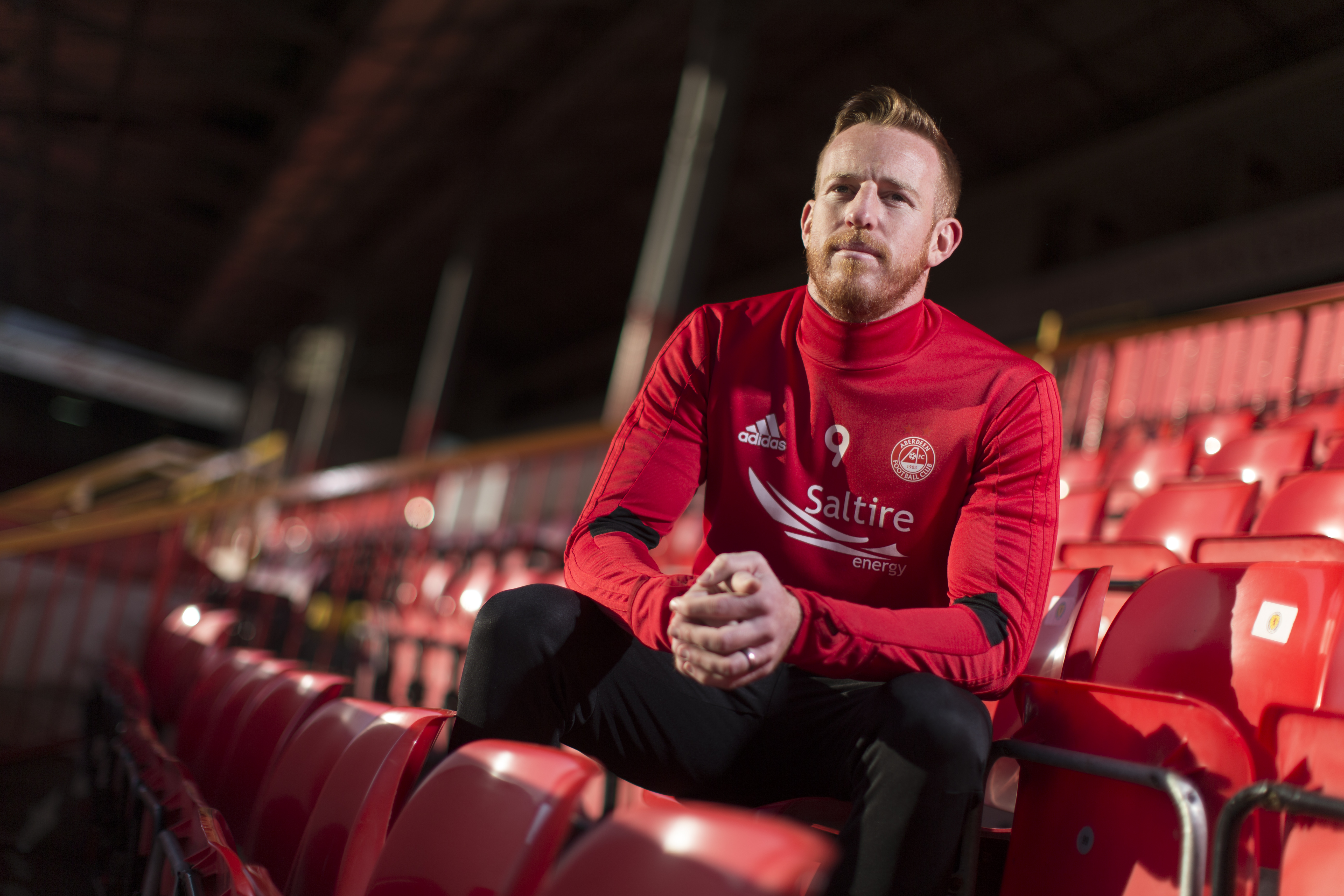 “I got a few messages off people yesterday asking if there were any truth in the reports I was moving away from the club, but it was nothing I knew of. Apparently, I played quite well so maybe’s there’s another Adam Rooney!!

“It’s been a bit strange because we had the international break in September time and we had a 10-day break between the Celtic game and then another break. It is strange because we are used to playing week in week out. It’s been good in a way the lads have been able to get a break and there were a few lads away with Scotland and Iceland. They will be raring to go again.

“It’s always nice to be playing at home, especially after a break. Hopefully it’s a good crowd and we can repay them with three points. I’m sure they all enjoyed the experience, especially Christie and McLean and by all reports they done themselves no harm. It gives everyone a boost and we have the U21 lads as well. Scott McKenna was captain and I’m sure they are feeling confident coming back.

“It’s always difficult because if you win the game you don’t want a break and if you lose or draw you want to get back quickly. It’s part and parcel of the football now and we have to get on with it at this stage of the season. The lads know we didn’t perform like we could have last time out and we have a game on Saturday where hopefully we can put it right.

“We had the two games earlier on against Motherwell. The cup was disappointing for us and then we turned them over in the league. Usually we have a good record against them up here, but we know it’s going to be a difficult game and hopefully we can get the win.

“This month is going to be the opposite of what we’ve had with the long breaks and I think as players that’s what you want. As much as you like training you want the games and to be playing. We can hopefully go on a run and that’s what we aim to do and we start against Motherwell at the weekend.

“We’re going to need everyone free and hopefully nobody gets injured, especially the amount of games we have between now and January. There’s a lot of football to be played. We just keep focused on ourselves and make sure we do what we’ve been doing and take each game as it comes. We don’t look too far ahead and we’ve had a good start to the season.

“It’s going to be a difficult spell, we’ve got the squad to do it.”