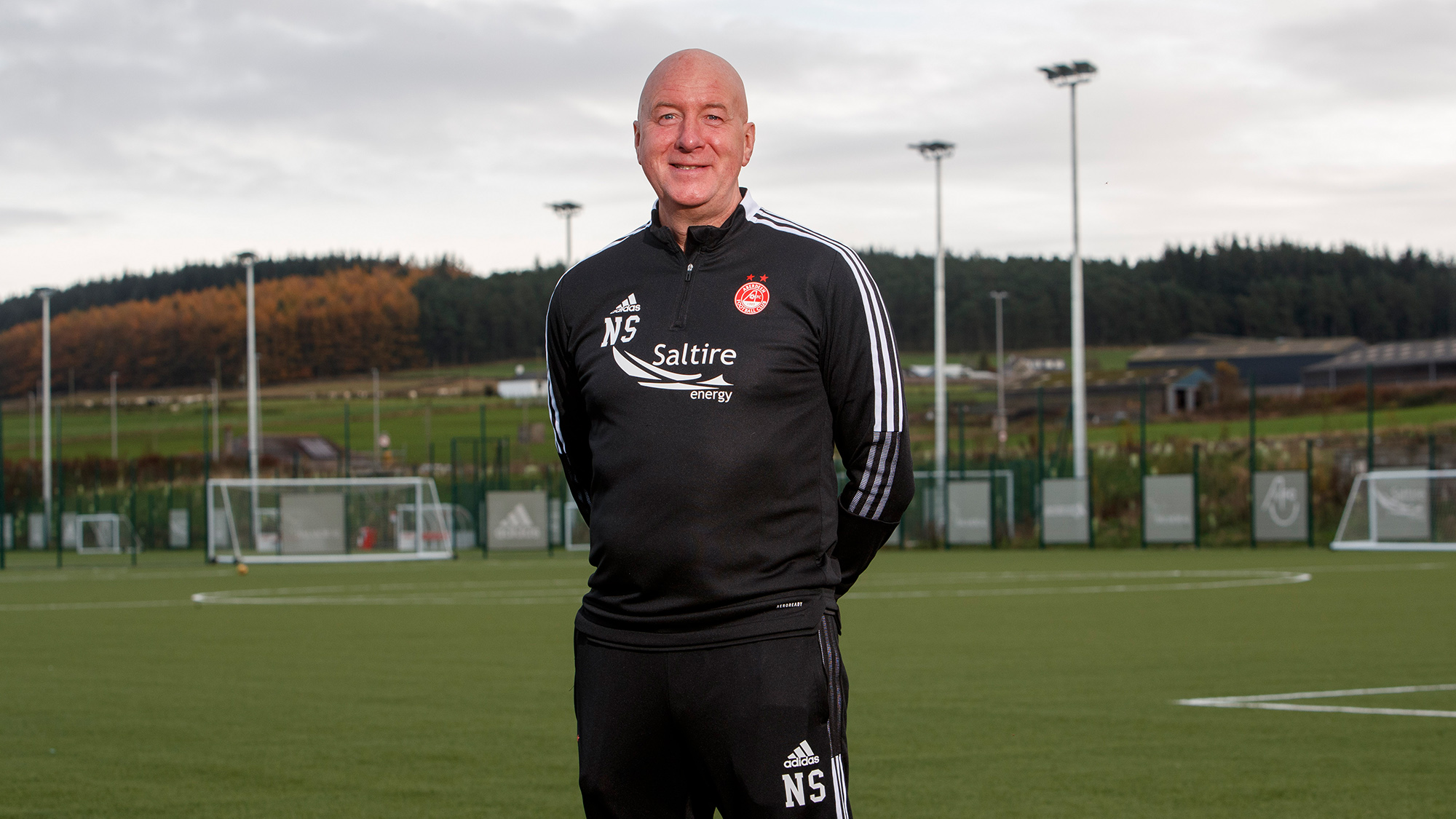 Dons legend Neil Simpson turned 60 on Monday. The former midfielder and Gothenburg Great has spent many of those years involved with Aberdeen FC, working tirelessly on and off the field to help improve the club; – youth player, first team player, various roles in the AFC Community Trust, and Head of the AFC Youth Academy. His current position as Pathways Manager sees ‘Simmy’ looking after the Development and U18 players who are currently out on loan.

Can any of the players listed above follow in the footsteps of Jack MacKenzie who was at Forfar for the first half of last season?

Neil spoke to RedTV recently to provide an insight on his role at the club and how our loan players are getting on. To watch the interview please click on the red button.