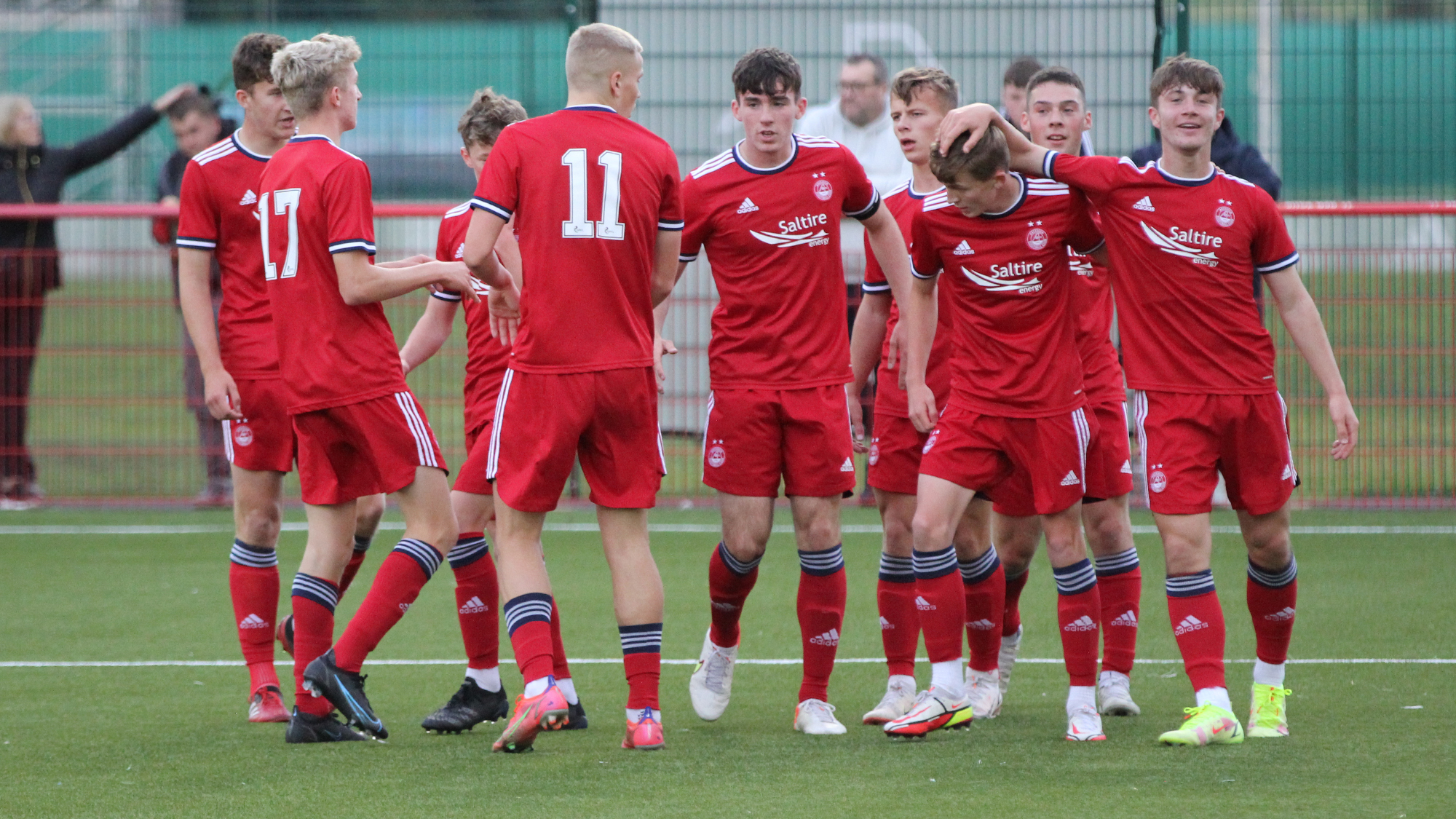 Doubles from Ryan Duncan and Alfie Bavidge saw Aberdeen win comfortably against a spirited Kilmarnock side on a blustery evening at Cormack Park. The margin of victory did not flatter Barry Robson’s side who were dominant throughout although Killie had a couple of chances to get on to the scoresheet striking the woodwork twice in the opening period.

The Dons side showed just one change from the eleven who went down to Rangers on Tuesday, Timi Fatona dropping to the bench with Taylor Mason starting. Kilmarnock included Harvey Gilmour, younger brother of Scotland star Billy in their line-up.

The strong breeze didn’t help either side particularly as the opening ten minutes were rather scrappy as the players took time to settle into the game. Alfie Bavidge had the home side’s first ever on goal after 12 minutes, Glavin saving comfortably.

The visitors then fashioned two decent chances, both falling to the powerful Aaron Brown. First, a powerful left-footed shot beat Oluyemi before crashing off the junction of post and bar then some excellent defending by Finlay Murray denied the striker getting a clean connection on the ball after he looked to break free. 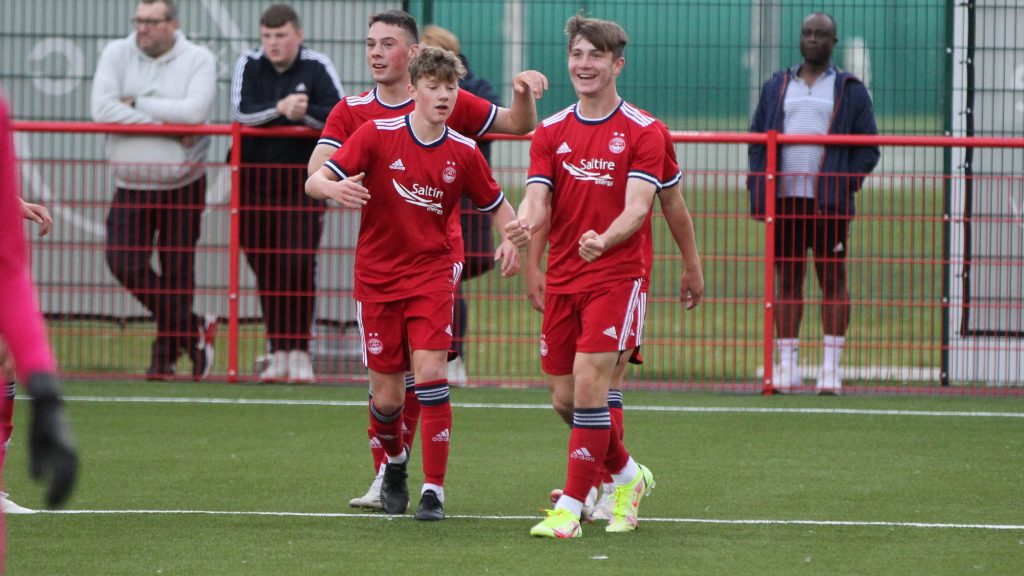 However, it was the home side who broke the deadlock on the quarter hour, Bavidge tapping home after Glavin had parried Ryan Duncan’s shot, a slick move with Liam Harvey’s clever flick to Duncan helping carve out the opportunity.

Harvey then came close on a couple of occasions as the Dons took control, with Finn Yeats prominent, keeping the ball moving intelligently and always making himself available to his team-mates whenever they were under pressure.

Aberdeen doubled their advantage eight minutes before the break, Bavidge feeding the ball to Ryan Duncan who rifled an angled drive into the top corner, leaving keeper Glavin helpless.

Killie then had two glorious opportunities to reduce the leeway, both falling to left winger Kian Leslie. First he took advantage of a mix-up in the Dons defence to fire a shot goalwards which was brilliantly headed off the line by the impressive Murray. When the ball broke back to him, Leslie then rattled the bar before the ball was scrambled clear. A real let-off for the Dons who responded positively forcing Glavin to save well from Duncan to ensure the half-time deficit for Killie was just two. 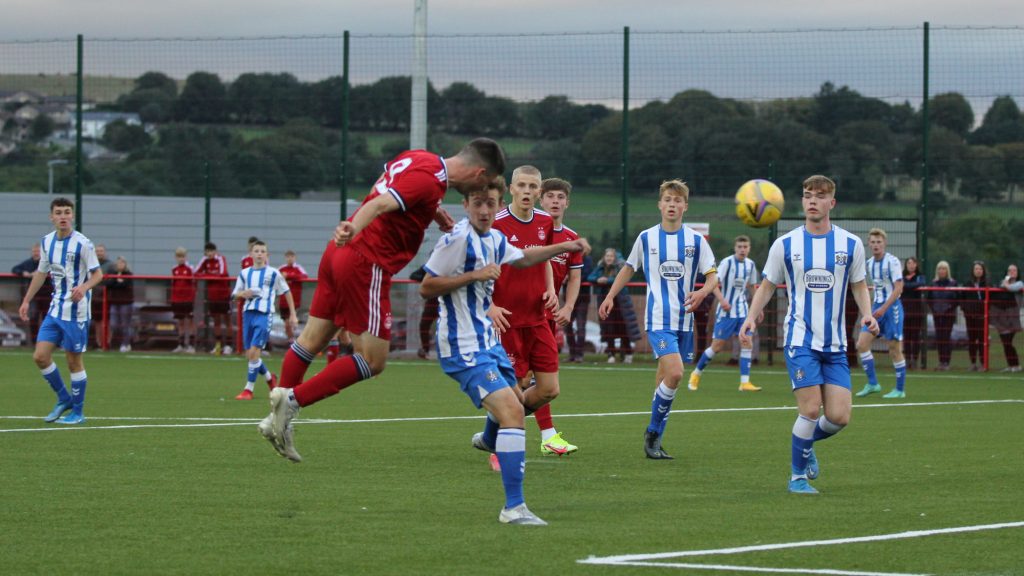 Harvey and Duncan were only just off target with a couple of shots as Aberdeen began to take control of proceedings, but substitute Hughes forced a decent save from Oluyemi to remind everyone they were still up for the battle. Despite making a number of changes, Killie couldn’t stem the flow of the game towards their goal and Harvey was only inches away from converting Emslie’s cross after lightning fast break down the left from the winger.

The chances continued to be created regularly by the speedy Dons for whom Ethan Duncalf, Dylan Lobban and Finn Yeats put in very solid, constructive performances while skipper Evan Towler and Finlay Murray were rock solid at the back with Taylor Mason also putting in a good shift. 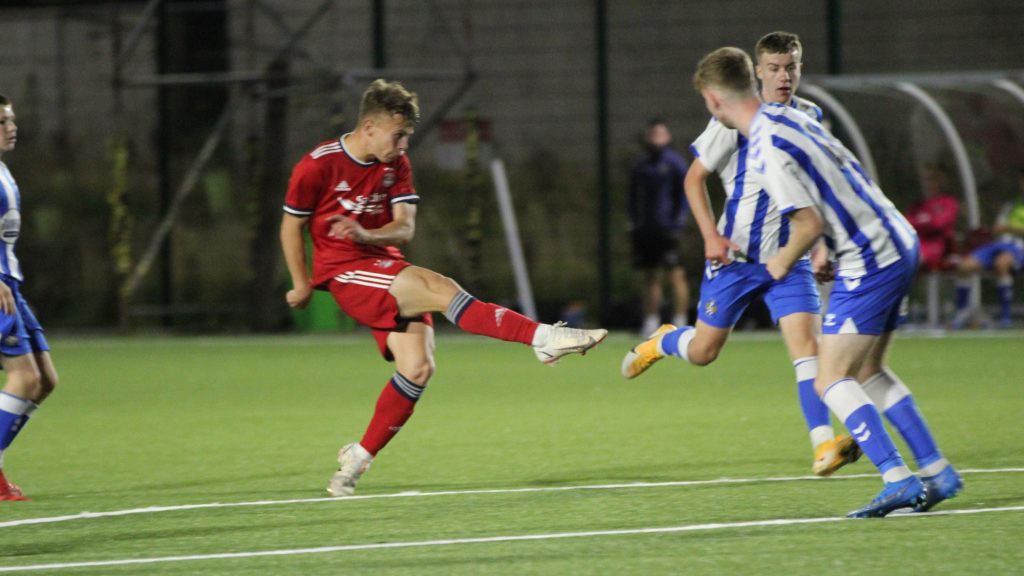 After Liam Harvey hit the post, it was just one of those nights for the striker whose all round showing deserved at least one goal as a reward, the Dons finally made in 3-0 when Ryan Duncan notched his second of the night and ninth of the campaign with a fine left-foot shot low into the corner.

Leslie again had a chance well saved by Oluyemi, substitute Findlay Marshall alert to clear the danger when the ball squirmed clear of the keeper’s grasp before the homesters put the seal on the win with Bavidge in the right place at the right time, as befits a young striker whose Dad Martin and grandfather Mitch were both renowned goal scorers in their day, after the sub keeper had parried yet another Liam Harvey shot at goal following good build up play between Duncalf and Duncan.

An impressive team performance from Aberdeen, every man playing his part in the victory. A hard-fought, but sporting encounter well handled by referee Filippo Mazzoni. 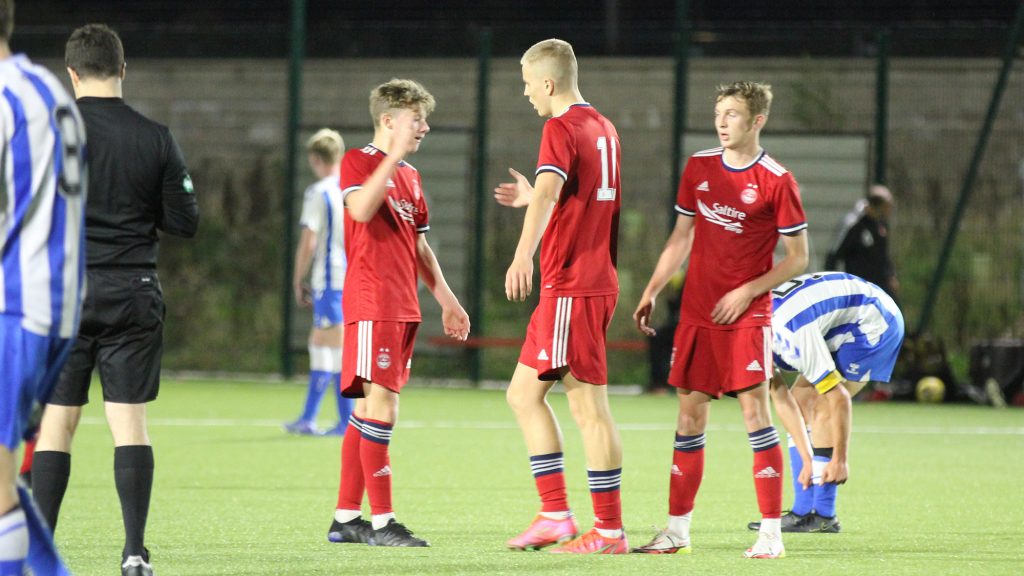 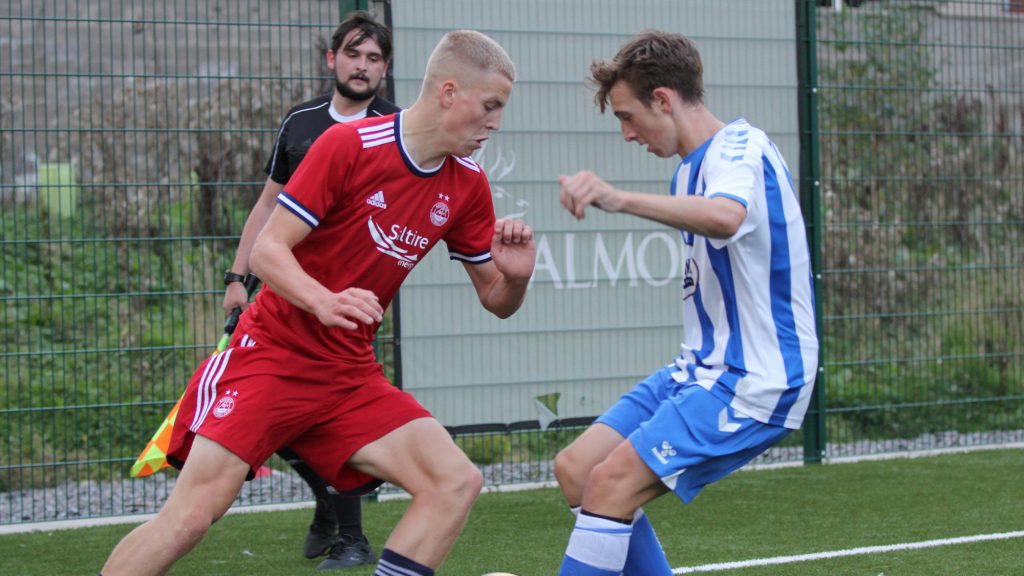