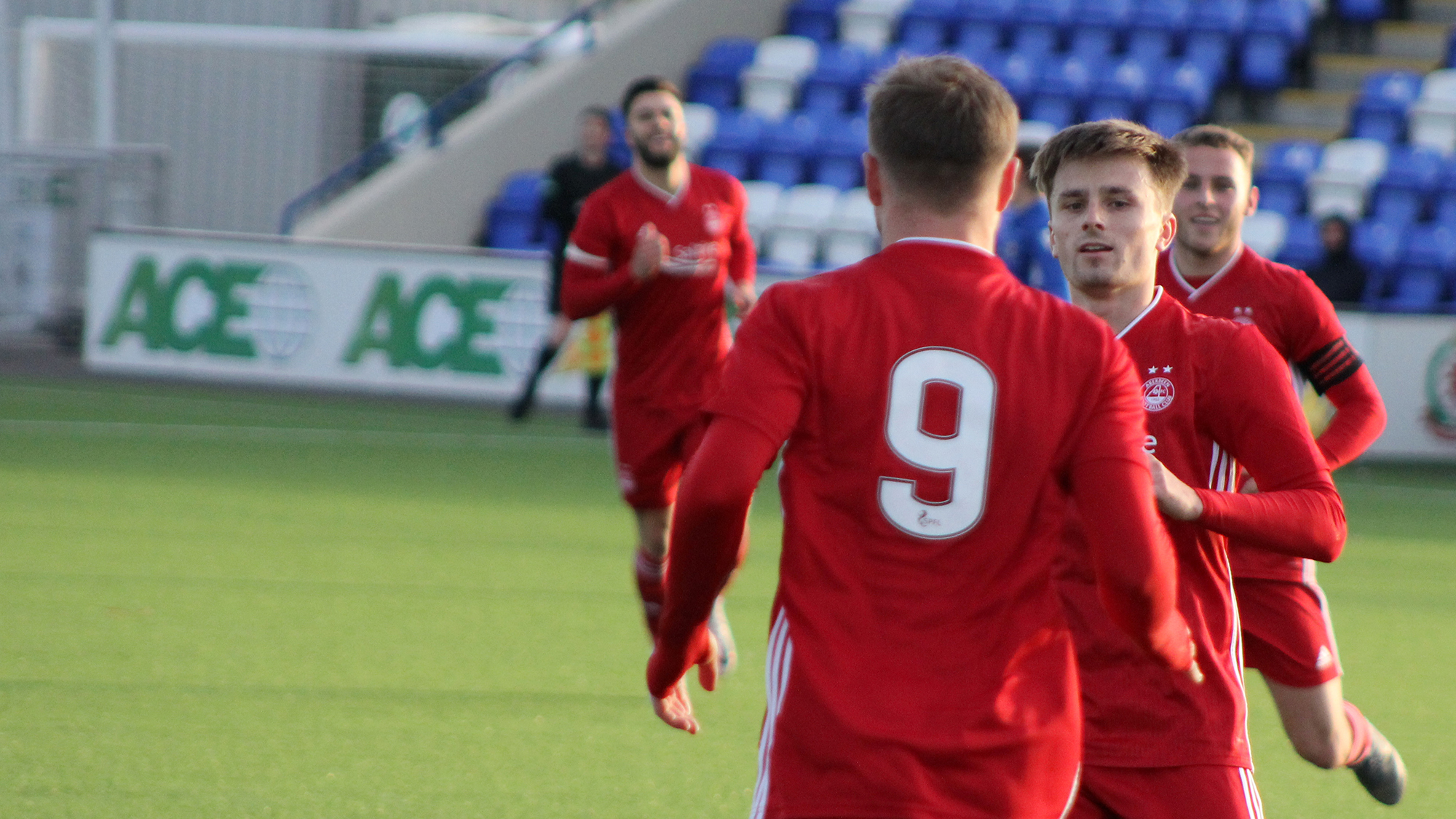 The young Dons made it three out of three in their Reserve League Cup qualifying section as Bruce Anderson’s second hat-trick saw off St Johnstone.

Games between these sides have usually been close affairs, although Aberdeen have normally prevailed. Much today would depend on the make-up of the respective starting elevens – and both had a number of experienced men.

The Dons had Tomas Cerny in goal behind a back four of Lloyd Robertson, Luc Bollan, Luke Turner and Jack Mackenzie. Stephen Gleeson made his first start of the season in midfield alongside skipper Seb Ross. The attacking threats of Bruce Anderson, Connor McLennan, Ethan Ross and Chris Antoniazzi completed the eleven.

The opening exchanges were pretty even with neither side able to fashion any clear openings. The Dons forced their first corner on 8 minutes and Luc Bollan will feel he should have done better than head over after Ethan Ross’s excellent delivery.

A swift break in the 15th minute instigated by Antoniazzi saw Anderson and Ethan Ross combine to win another corner. McLennan went down in the box as the corner came over, but the ref wasn’t interested in the half-hearted shouts for a penalty.

Saints had their first effort on goal on 17 minutes, Vihmann heading over from a free kick on the left whipped in by Munro.

Three minutes later, the Dons took the lead when McLennan broke through midfield before chipping a delightful ball through for Anderson who had timed his run perfectly to race clear of the defence. Wee Bruce took his time and planted the ball past Sinclair into the corner of the net – his fourth goal in this competition. 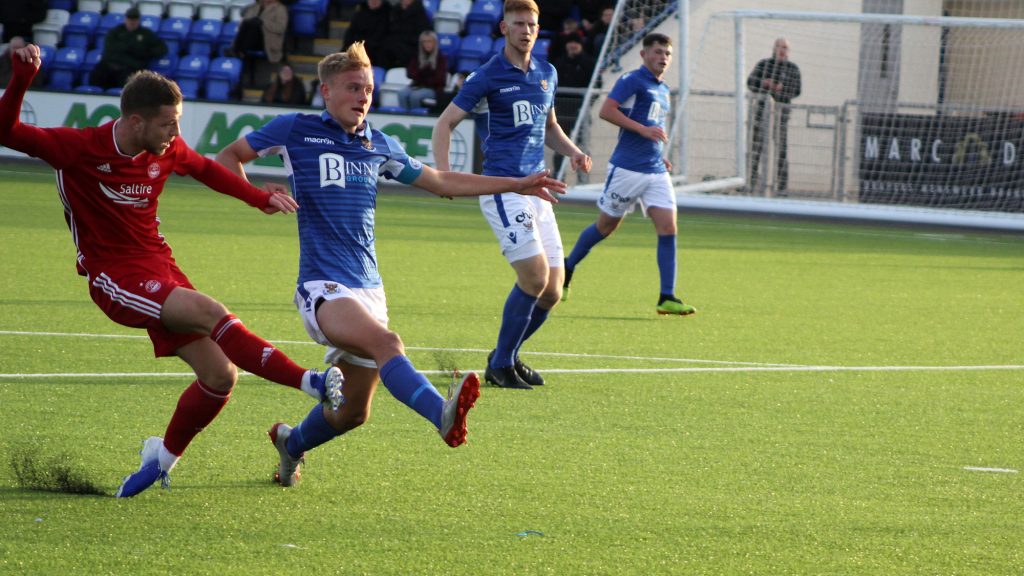 Six minutes later Anderson doubled the Dons advantage when he took a Chris Antoniazzi pass in his stride and thundered the ball into the net – another fine strike from the prolific marksman.

St Johnstone were playing some neat and tidy football, but they lacked a cutting edge in the final third, Tomas Cerny being well protected by his back division.

A deep cross from Booth on the left caused some consternation in the Aberdeen box, but the ball was cleared before any man in blue could profit.

Controversy in the 38th minute when Luke Turner appeared to catch Chris Kane in the area, but referee Fordyce deemed Kane’s fall an act of simulation and booked the Perth striker.

Antoniazzi limped off with a foot injury in the 41st minute, Michael Ruth taking his place.

Bruce Anderson came within inches of a first-half hat-trick on 44 minutes, his header drifting just wide after a fine move down the right. The striker was proving to be a real thorn in the flesh of the Saints defence.

An impressive first half from the Dons who were good value for their half time lead. 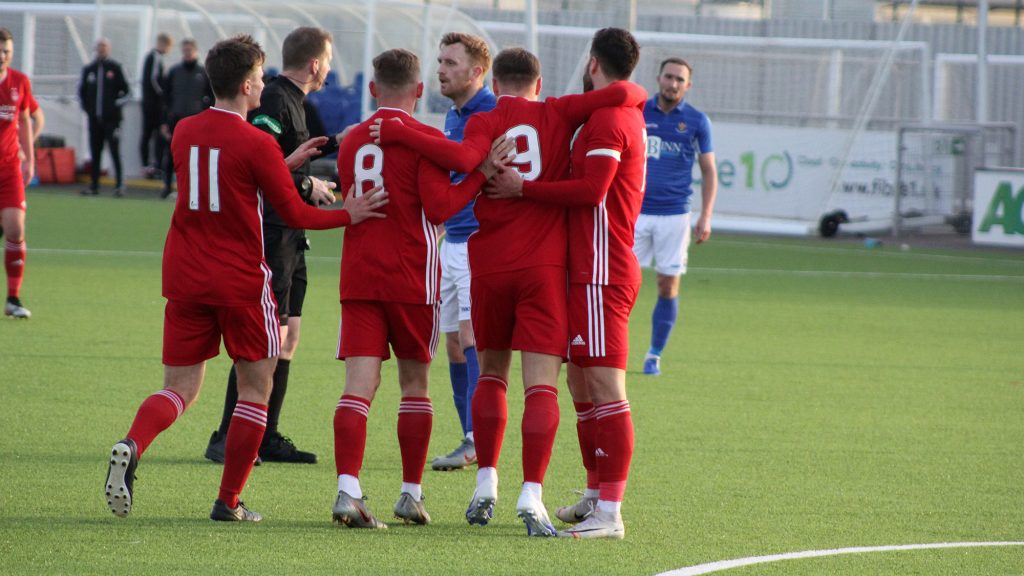 Saints brought on Smith for Struthers at the start of the second half. A brilliant move from the Dons almost produced a third goal, Anderson and Ethan Ross combining to set up Ruth whose shot was agonisingly inches off target.

A slick passage of play from Saints saw Booth find Callachan in space, but Cerny made a solid save from the midfielder’s shot.

Another swift break from the Dons almost paid dividends on 54 minutes, but McLennan’s cross flashed across the face of goal with no-one able to apply the finishing touch.

Smith’s cross broke to Liam Craig on the edge of the area but the veteran couldn’t hit the target. And the Perth side paid the penalty on 56 minutes when the Dons took advantage of some schoolboy defending, McLennan seizing on a short back-pass to roll the ball across goal for Bruce Anderson to tap into an empty net, completing his second Reserve League Cup hat-trick of the season.

On the hour Gleeson and McLennan were replaced by Barron and Dangana, Saints taking off Kane to bring on McGregor. 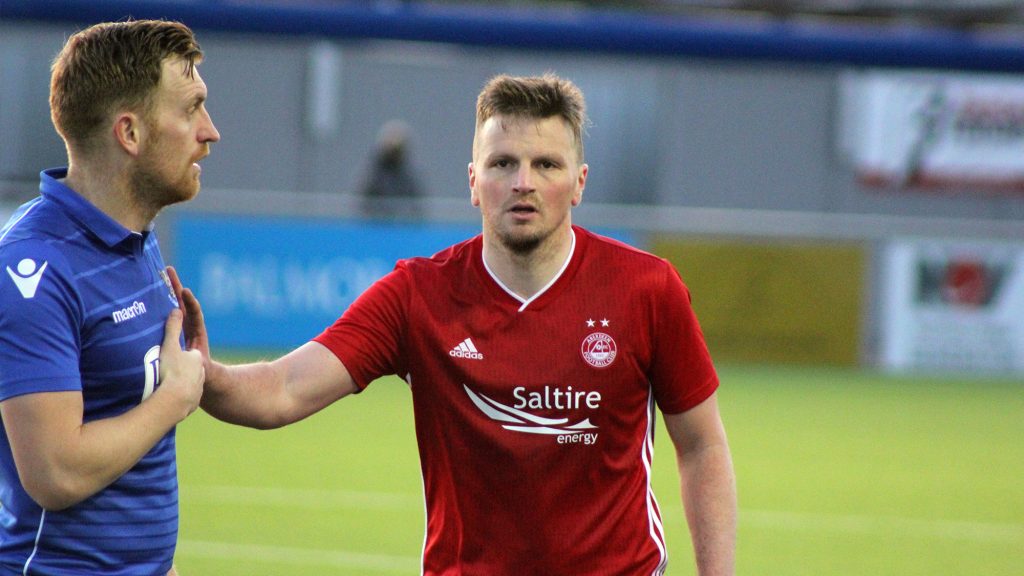 Aberdeen continued to look dangerous in attack, Dangana and Seb Ross almost setting Anderson up for a fourth goal, but Saints were still causing problems, Vihmann heading over from Munro’s left-wing corner. Robertson was looking the likeliest to find the net for the visitors, but he was blocked first by Barron then by Cerny.

Callachan’s long-range strike tested Cerny, the keeper needing two attempts to block the ball which was dipping and swerving as it came to him.

Anderson saw another fine effort deflected wide after he and Ethan Ross had again combined superbly the David Dangana had a shot saved as the Dons pushed for a fourth.

Craig hit the post after a fine Booth cross as the game went into its last ten minutes, the closest Saints had come to finding the net. Munro picked up a yellow card for a comment to the referee as Saints’ frustration grew. Despite playing a lot of good football it just wasn’t their day.

Dangana drew a great save from Sinclair before a wonderful Bollan challenge denied the dangerous Robertson a shooting chance at the other end. The Dons defenders were standing strong and determined to ensure they achieved a clean sheet.

Bruce Anderson should have notched his fourth of the afternoon following another excellent break, but his shot flew wide.

However, no-one could complain about the wee man’s efforts as the Dons ran out worthy winners of an entertaining match. 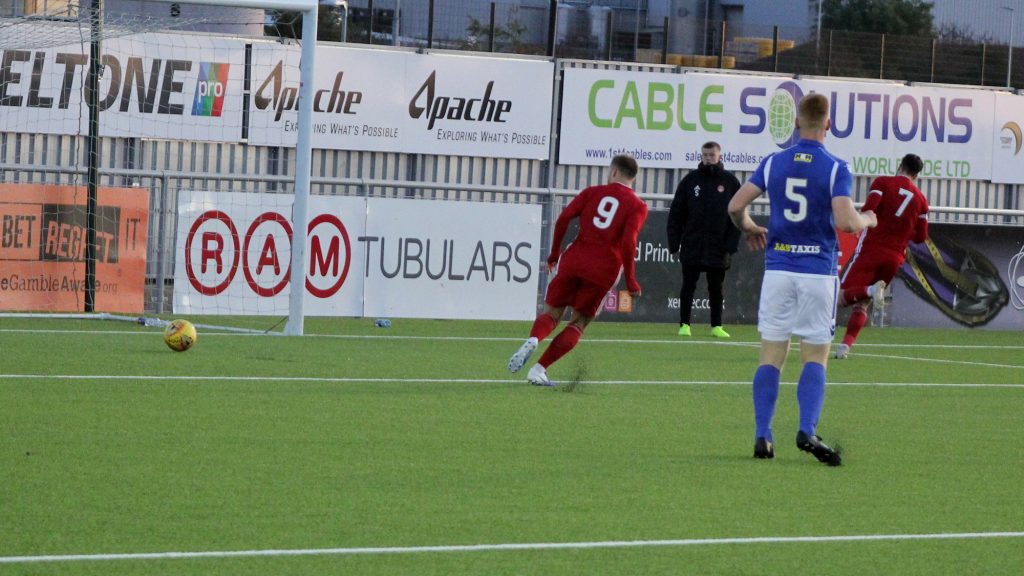 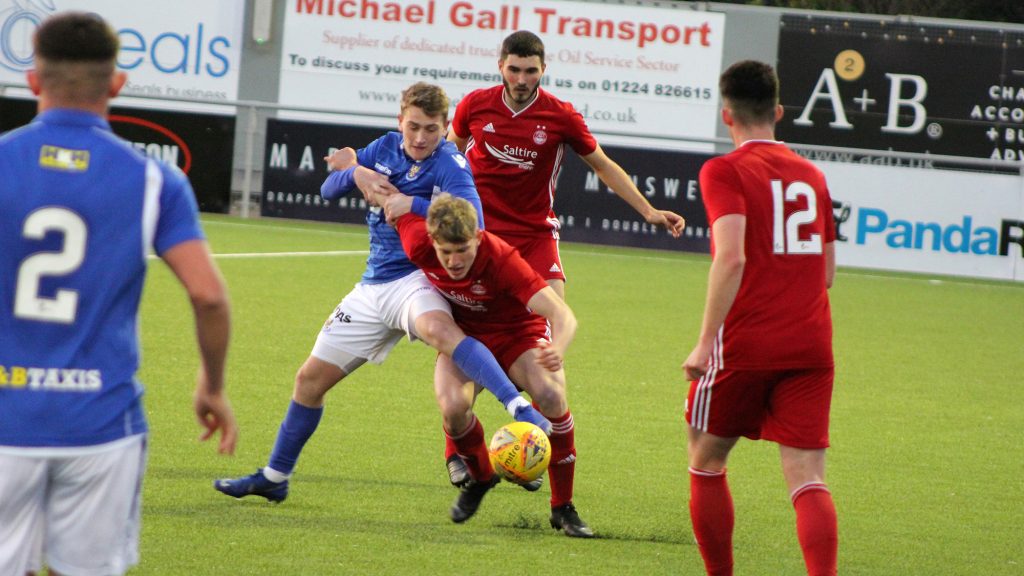