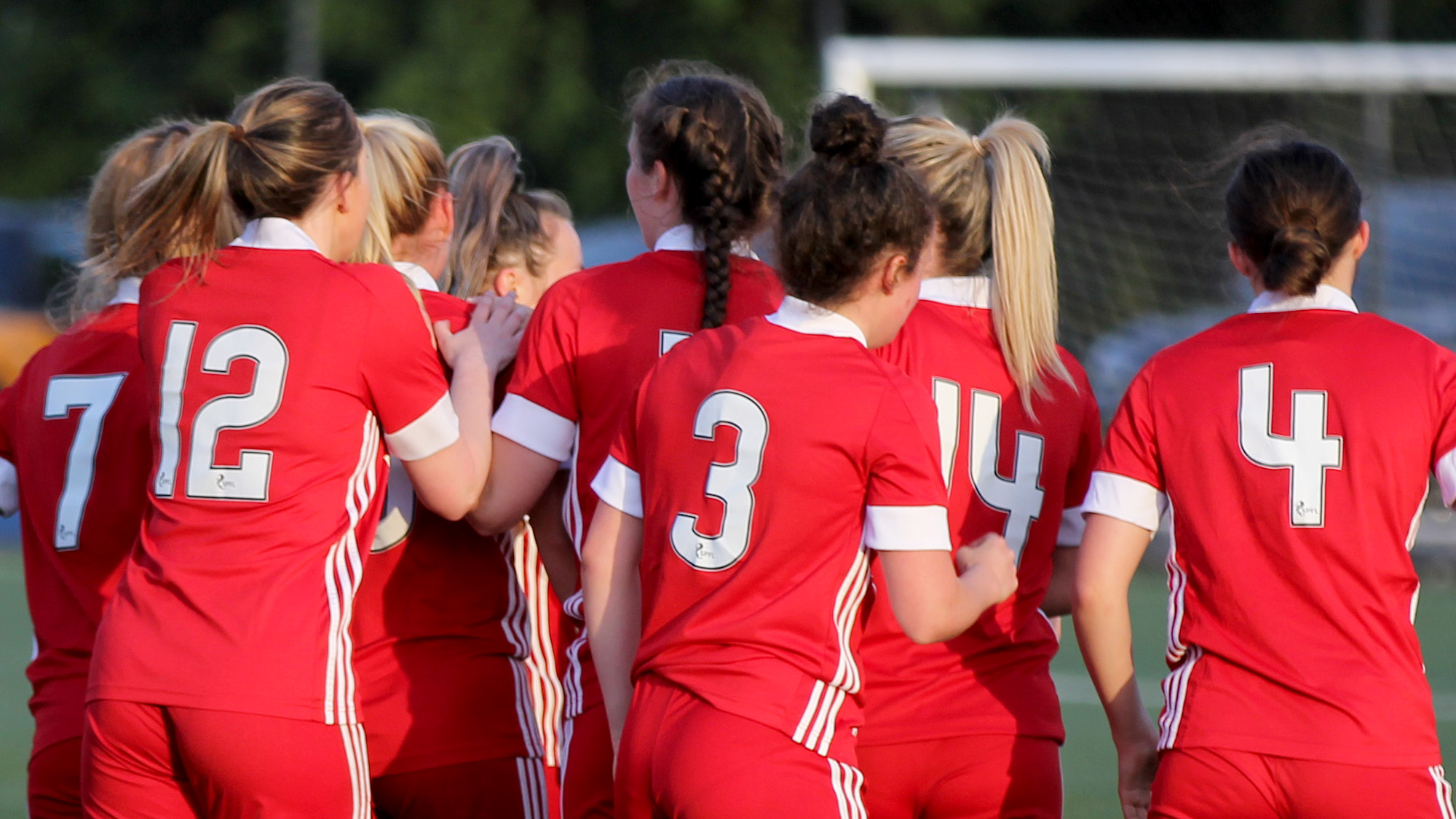 Aberdeen came from a goal down in the second half to claim all three points in a hard‐fought contest against St Johnstone at McDiarmid Park.

Emma Hunter freshened up her starting eleven for this game with Anna Blanchard replacing Gail Gilmour in goal and Eilidh Shore returning to the midfield.

The visitors almost got off to the perfect start as they went close in the first minute. Chloe Gover and Bayley Hutchison combined to release Francesca Ogilvie on the right, her deflected cross dropped just beyond Gover and Eva Thomson who were arriving at the back post.

There wasn’t much in the way of goalmouth action in a battle of a first half in which both teams struggled to gain control. 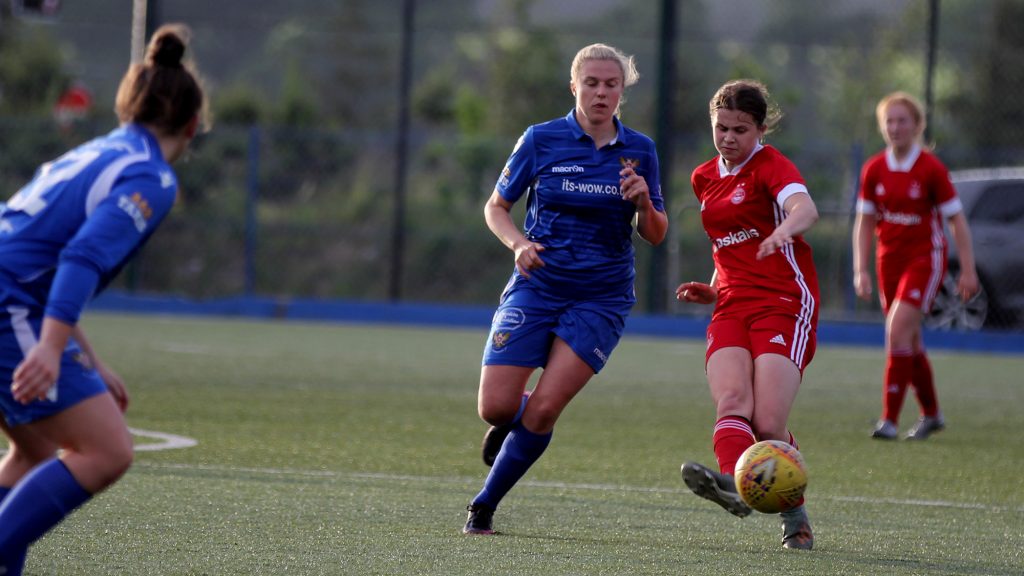 Alix Moodie saw her long‐range effort tipped onto the crossbar by Aberdeen keeper Blanchard as the hosts came closest to breaking the deadlock.

At the other end the visitors looked to grab the opener when Gover saw her low shot well saved by Molly Reeve in the Saints goal. As the home defence tried to clear Hutchison got a shot away which was gathered by Reeve.

A strong run from full‐back by Loren Campbell set up an opportunity for Thomson but her shot was again kept out by Reeve as the sides went in level at the break.

Aberdeen made one change at the interval with Johan Fraser replacing Chloe Gover but it was the home side that started the second half in the best way possible. Morgan STEEDMAN fired a powerful shot into the bottom corner from the right side angle of the box within seconds of the restart to put the hosts in front.

The league leaders responded and were level five minutes later. Eilidh Shore was fouled 20‐yards from goal just to the right of centre and Francesca OGILVIE stepped up to curl the free‐kick high into the net beyond Reeve for the equaliser. 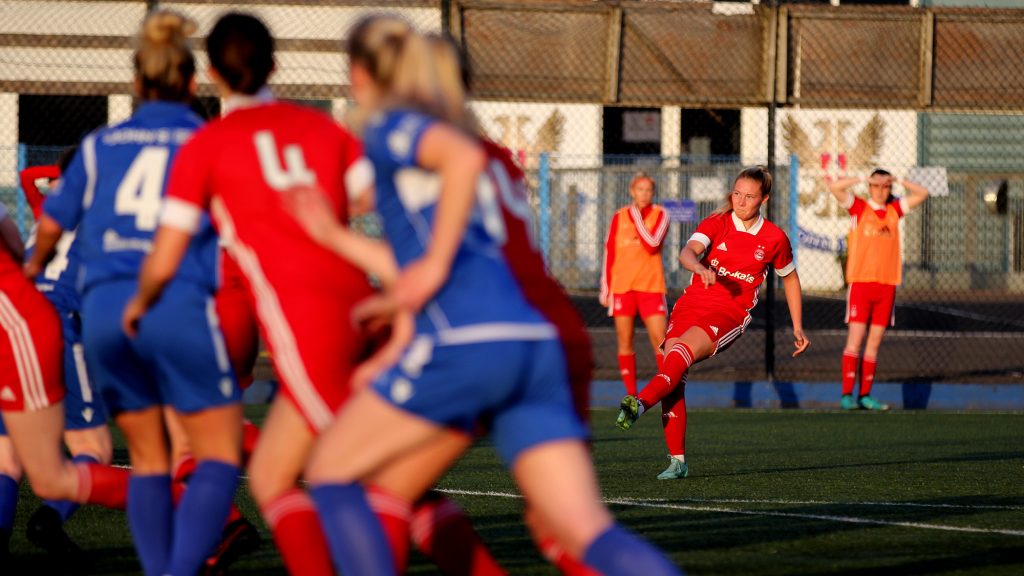 That goal settled the Dons who went in front just two minutes later. OGILVIE was again the scorer as she gathered on the left and curled a superb right foot shot over Reeve and in off the far post for her thirteenth of the season.

St Johnstone were reeling and the visitors took full advantage as they scored a third goal in seven minutes. Bayley Hutchison’s powered shot from an angle out on the right whistled over Reeve and hit the inside of the post and Eva THOMSON was on hand to nod the ball over the line from close range.

The confidence of the team in red was showing now as they dominated possession as the half went on. Nicole Carter had a long range shot sail wide for Saints whilst Rhianna Tweedie picked up a booking for a nasty tackle as the hosts frustration grew. 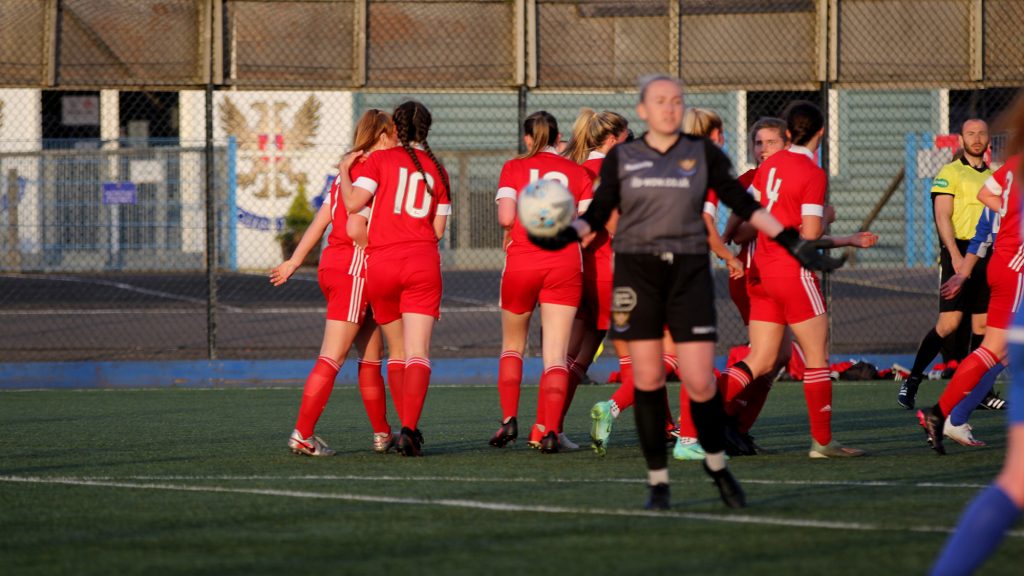 Good play at the back by Kelly Forrest and Loren Campbell resulted in the latter sending a great ball through the heart of the St Johnstone defence for Fraser who took the ball past the keeper but put just too much on it to keep it in play.

Fraser was again involved in the last chance of the game. An excellent turn saw her beat her marker and her cross towards Lauren Gordon was cut out. The rebound fell to Thomson who fired her shot wide of target.

The result continues Aberdeen’s winning run and maintains their lead at the top of the table as they prepare to face all three of their title challengers in the space of a week, starting with Hamilton at Cormack Park this coming Sunday. 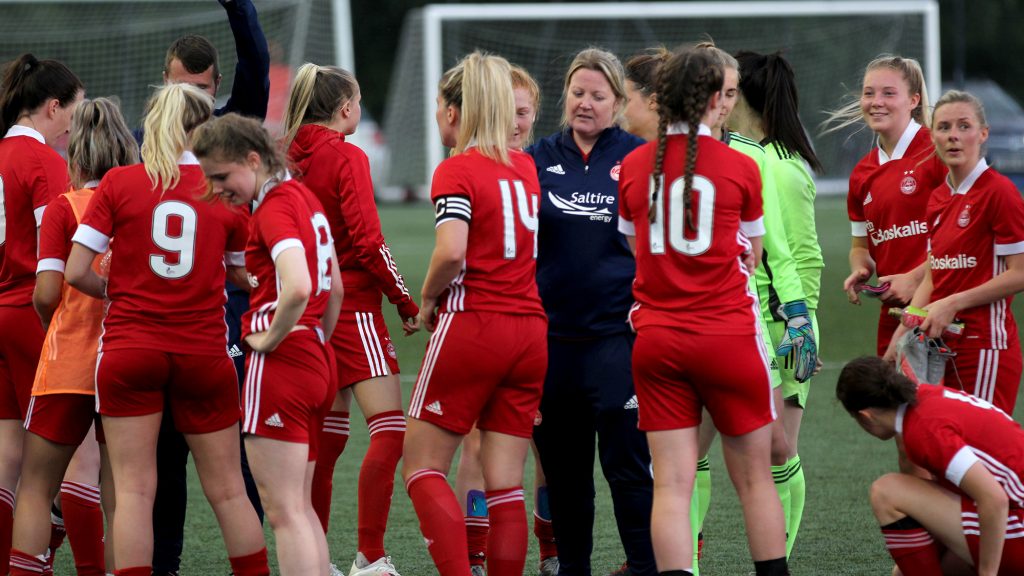 “I think St Johnstone made it really hard for us, we had to up our game in the second half and we said that at half time.

“We lost an early second half goal but for me the reaction from the team was great and Francesca has scored a great goal which has turned the game around.

“I think we’re good when we get our foot on the ball and start playing and that’s when we can open teams up and I feel like we did that in the second half and it was really good to watch.

“I think we’ve learned our lesson not to underestimate any team and it’s a big week coming up but tonight was a really tough game and we’re really happy to get the win against a good team here”. 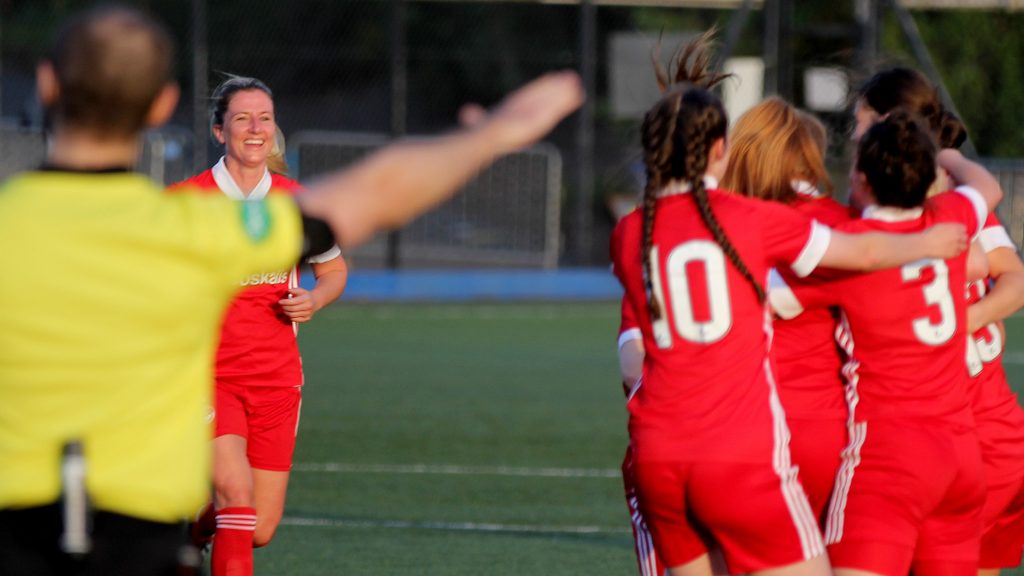 “They scored early in the second half so our confidence was down a bit but it was a good time for them to score because we had plenty of time to come back and thankfully we did and I think three one was a fair result at the end of the day.

“Its good for me to get the goals and the team have been giving me a bit of stick on twitter for it but it’s all about the team and the win.

“It’s big week coming up but we’re not looking too far ahead and we’ll just take each game as it comes”. 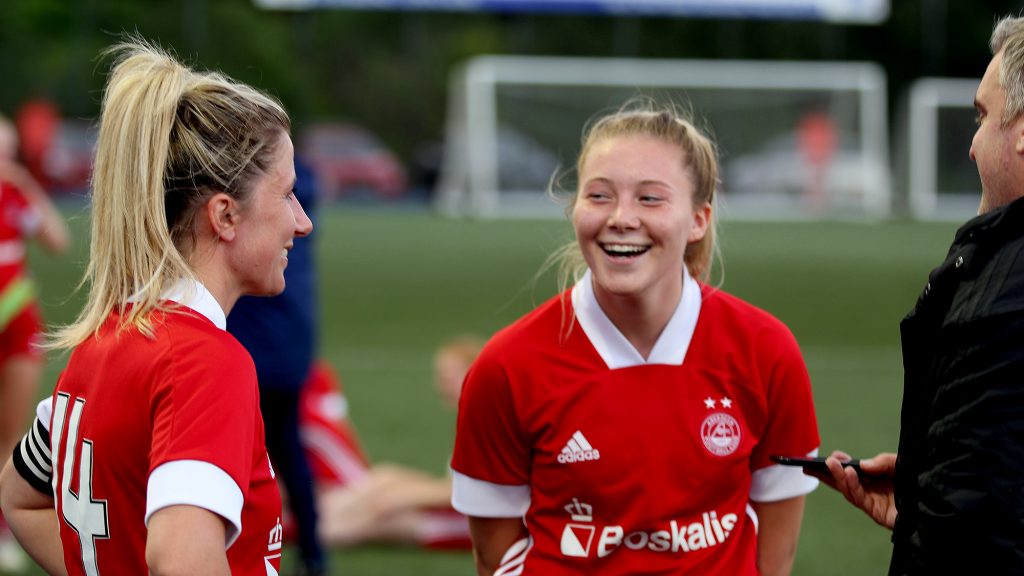