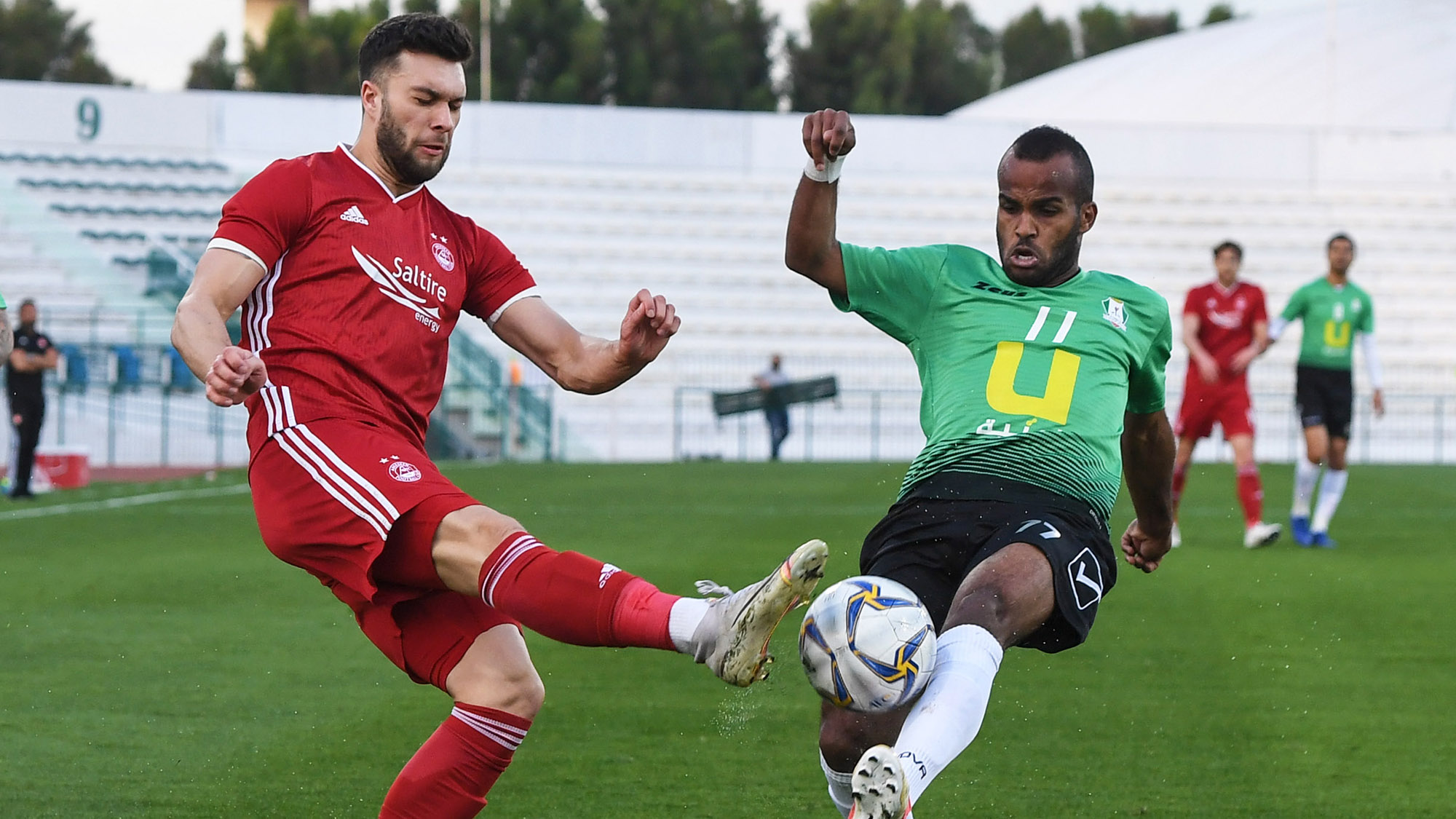 A 35th minute strike from Ahmad Samer saw the Dons narrowly lose out in Dubai’s Al Maktoum Stadium in an entertaining match that brought the curtain down on the Middle East winter camp.

In the 8th minute, McKenna headed McGinn’s corner straight at keeper Abdeksattar while, at the other end, a Jordanian corner came to nothing.

The game’s only goal arrived with ten minutes of the first period remaining when Samer and Elias worked a neat one-two that ended with the former cracking a fine effort that gave Joe Lewis no chance.

Shortly afterwards MacLennan did well down the right but over hit his cross and the chance was gone.

Campbell, Considine and Devlin replaced McGeouch, Hedges and Taylor for the restart and eight minutes in, McLennan played in Ferguson whose drive was well saved.

At the other end, Lewis was called into action to divert a fierce Al Saifi drive to safety and a minute later, a goalbound McLennan effort was deflected for a corner.

A 62nd minute Logan cross was met by the head of Cosgrove but the big striker couldn’t get enough on it and the keeper saved comfortably.

Wilson connected with a Considine cross only to see the ball go the wrong side of the post and, with both sides making numerous changes, the flow of the game was affected.
In the closing stages the Dons had Main, Cosgrove and Anderson all up top. On a couple of occasions, they came close to combining. Aberdeen put over a number of dangerous crosses and corners but the Jordanians defended any set-pieces well.

For the final five minutes striker Michael Ruth, left back Jack MacKenzie and midfielder Seb Ross were all given a run out. It is the first time Michael and Jack have featured in any first team games.

With no fresh injury worries to contend with, the focus now turns to Saturday and the visit of Dumbarton to Pittodrie in the fourth round of the William Hill Scottish Cup.