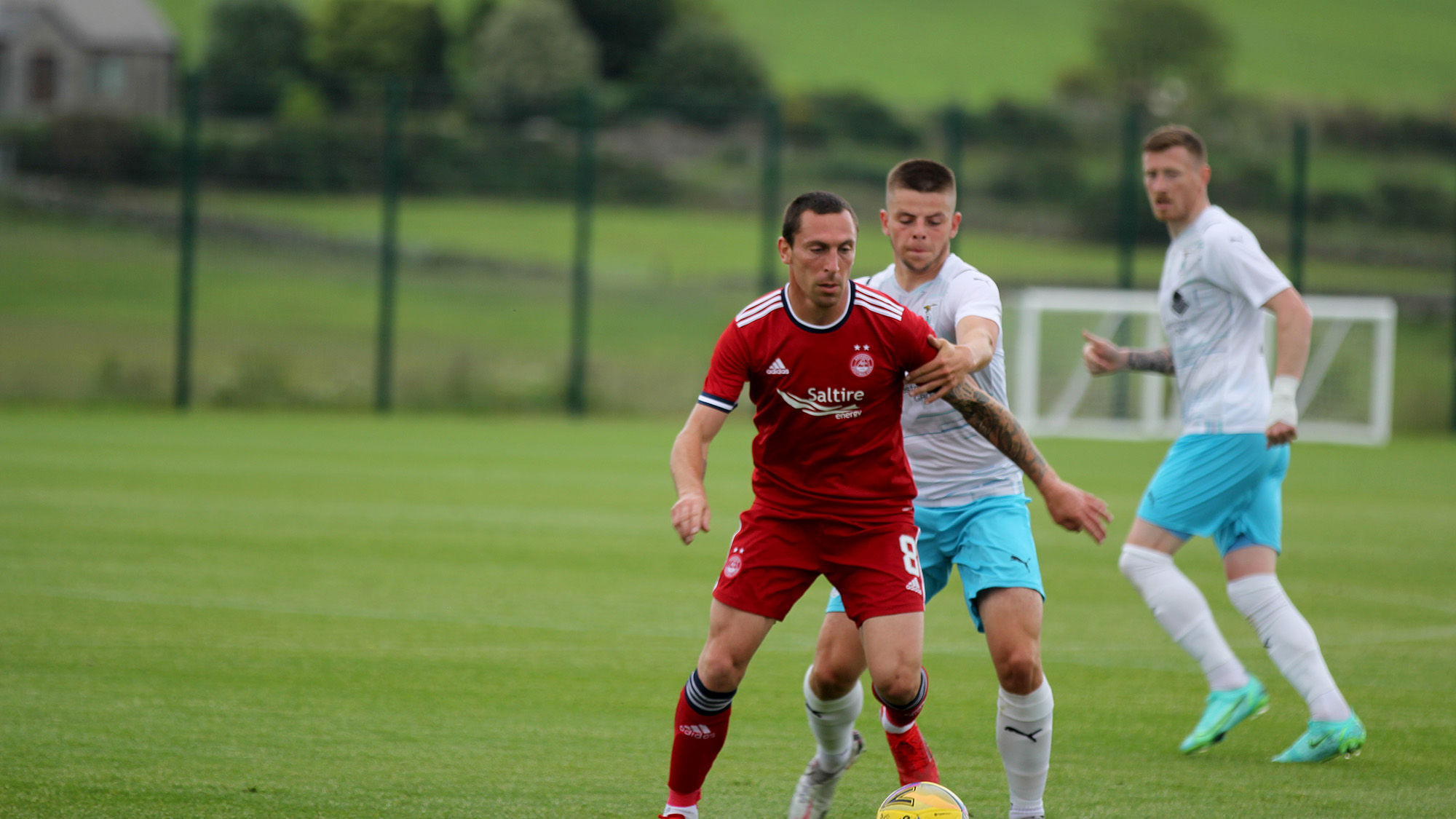 Aberdeen played the first of three closed doors pre-season games at Cormack Park this afternoon as they welcomed Inverness CT to the training ground.

It was the visitors who created the first chance in the opening minute for Manny Duku but on the turn he pushed his shot wide of the target.

Aberdeen’s early attacks, after some fine passing moves, were stopped by the linesman’s flag.

On five minutes Aberdeen won their first corner which McGinn took and was grabbed by Ridgers at the second attempt.

With Scott Brown controlling proceedings, the home side enjoyed some good early possession.

Considering it was the first outing, the Dons were playing at a very high tempo.

A second corner on 12 minutes found Jay Emmaunel-Thomas at the back of the six yard box but his effort was poked inches wide.

Jet was involved in the next move for The Dons when his neat touch set Ferguson through on goal but he blasted over from a tight angle.

Despite controlling the opening part of the game it was the away side who took the lead in the 22nd minute.  Cameron Harper found space down the Aberdeen right hand side, he slipped the ball into Shane Sutherland who finished well from a tight angle.

Despite the set back, Aberdeen continued to control the match and less than 10 minutes later the home side were back level. McGinn’s corner from the right hand came to Emmaunel-Thomas who had peeled away into space and he fired the ball into the net, on the half volley from 15 yards.

Joe Lewis was called into action just minutes later when Daku cushioned the ball into the path of Tom Walsh but the keeper rushed off his line and saved well.

Right on the stroke of half time Ferguson and Jet linked up again with a neat one-two on the edge of the area, but Lewis fired inches wide. 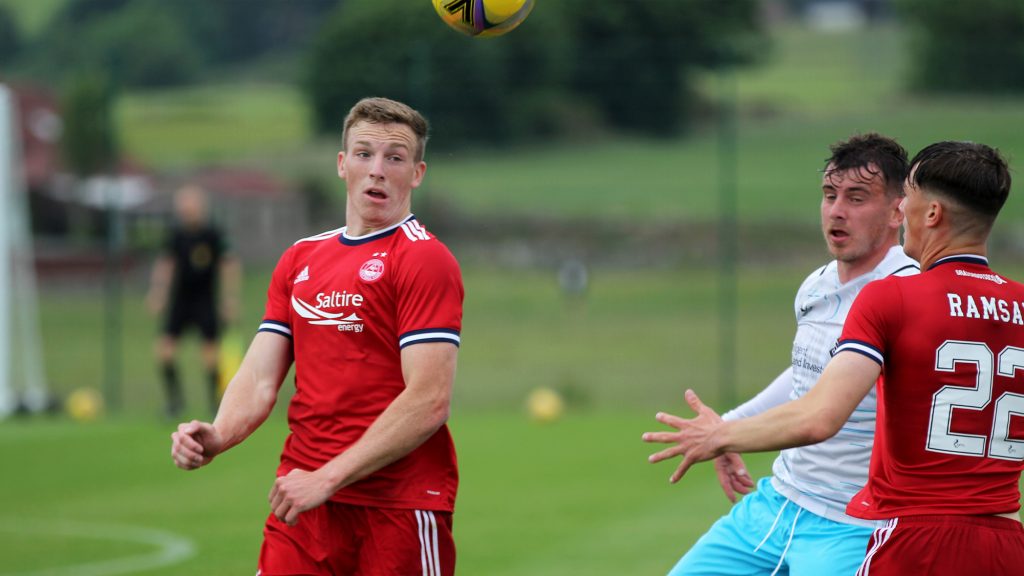 Aberdeen fielded a different team after the break and it was one of the substitutes who had the first sight at goal in the second half when Christian Ramirez pounced on a slack back pass by the Inverness defence but goalkeeper, Cameron MacKay rushed out and saved well to block.

Gary Woods was called into action just before the hour mark when he  had to be alert to tip over a Walsh cross that looked like it was dipping in at the far post.

Jonny Hayes and Ramirez were linking up well and the Irishman picked out the American twice with crosses from the left. The first one Ramirez met well with a left footed volley but fired just wide and Jonny picked out the striker again a few minutes later who took a touch to control but his shot was deflected past for a corner which came to nothing. Ramirez’s movement and reading of the game was impressive.

Aberdeen were looking dangerous coming forward and a ball down the right picked out Jack Gurr, who had burst forward well, the full back’s ball into the box picked out the run of Hayes but he couldn’t keep his effort on target.

As the game approached full time Ryan Hedges had one last chance for Aberdeen, who were pushing hard for a winner, the Welsh winger produced a neat bit of skill to create some space for himself but he fired over from 30 yards. 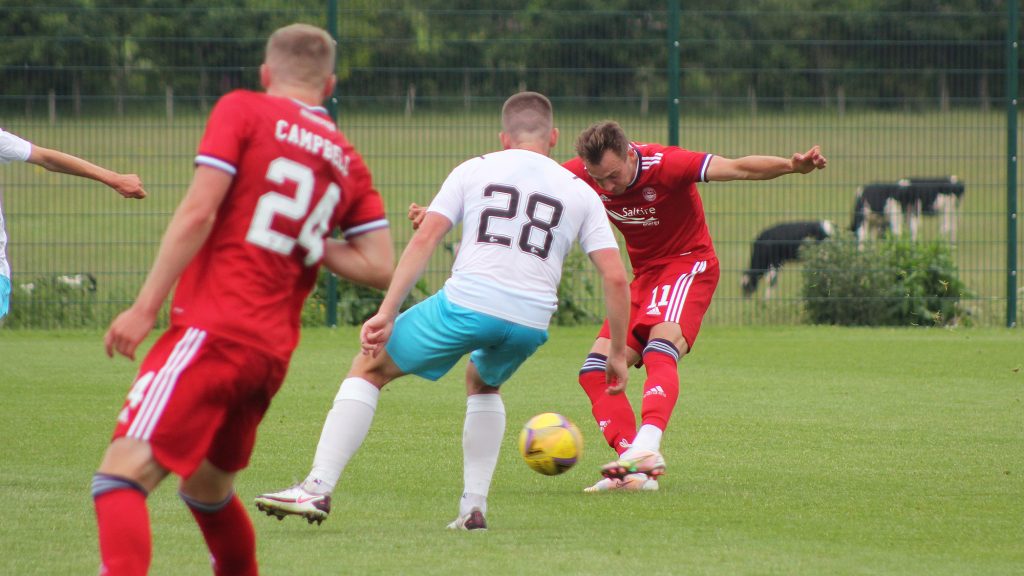 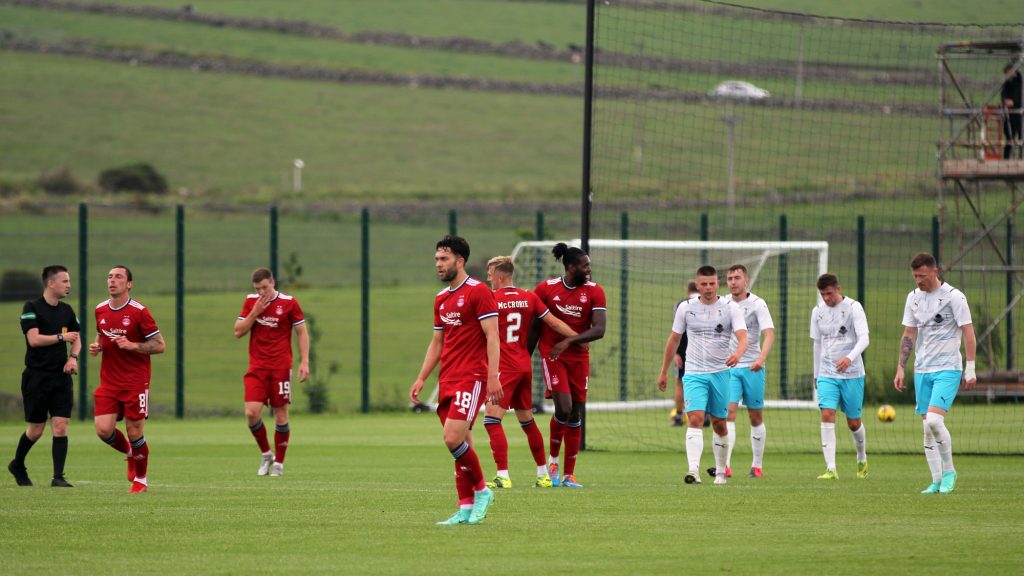