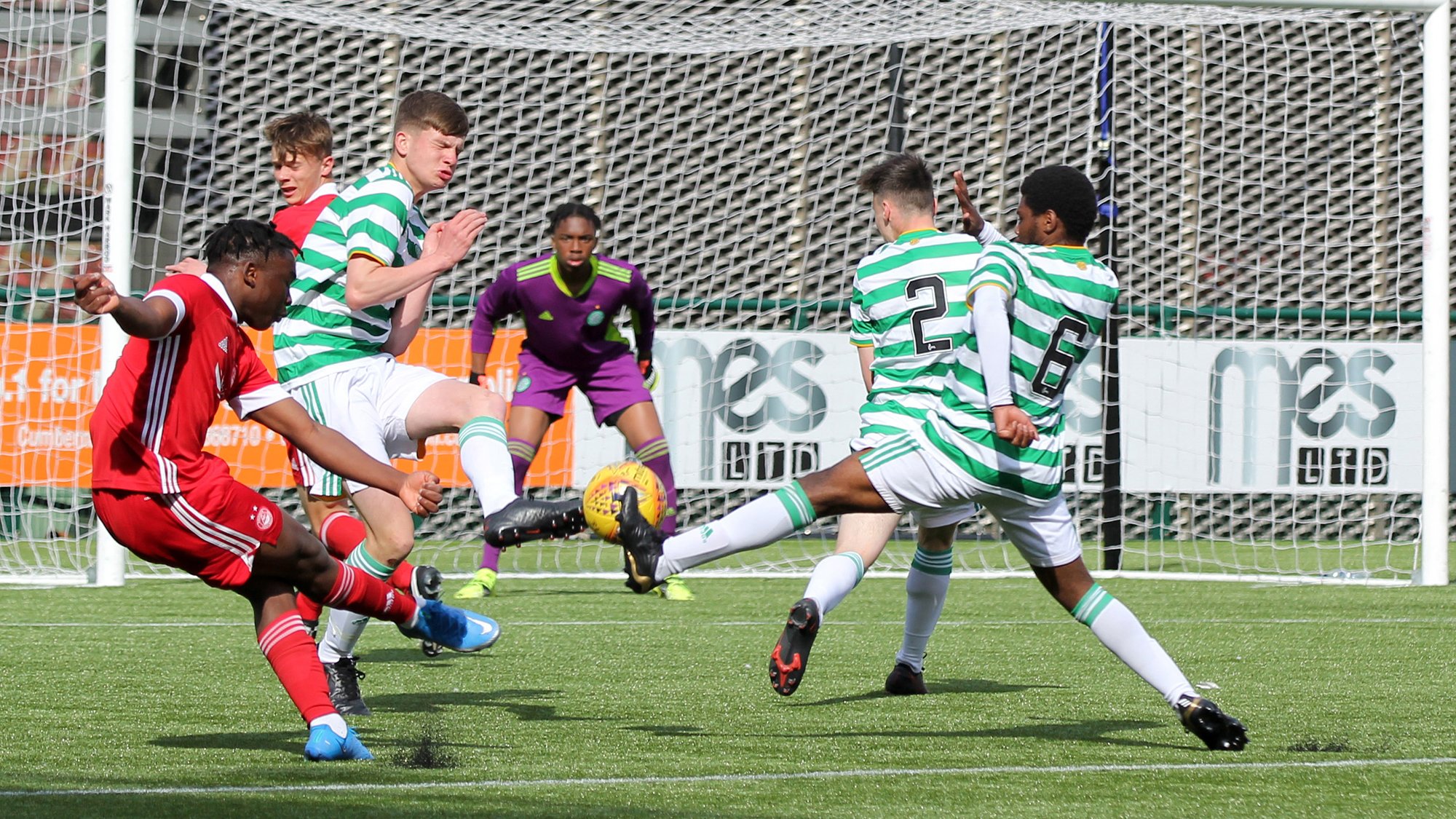 After a tough 4-1 defeat against an inform Hearts last Friday, the young Dons travelled to Broadwood to play Celtic in their second match in the CAS U18 mini league. With Stephen Glass now in place, Barry Robson took charge of the 18s once again along with Scott Anderson and Tomas Cerny.

Aberdeen made a slightly nervous start but on five minutes a good ball from the back by Hancock freed Adam Emslie who put over a dangerous cross which was cleared behind at the back post for a corner. At the other end Ben Quinn then crossed for Adam Brooks but his header was always going wide.

On 12 minutes Celtic had a slick move down the right with full back Ben McPherson getting in behind but Evan Towler came across to make a great tackle. The same player made a very good block on the other side of the area a couple of minutes later.  On 16 minutes Aberdeen forced a second corner which was well taken by the home keeper Tobi Oluwayemi.

The young Dons now seemed to have relaxed into the game. 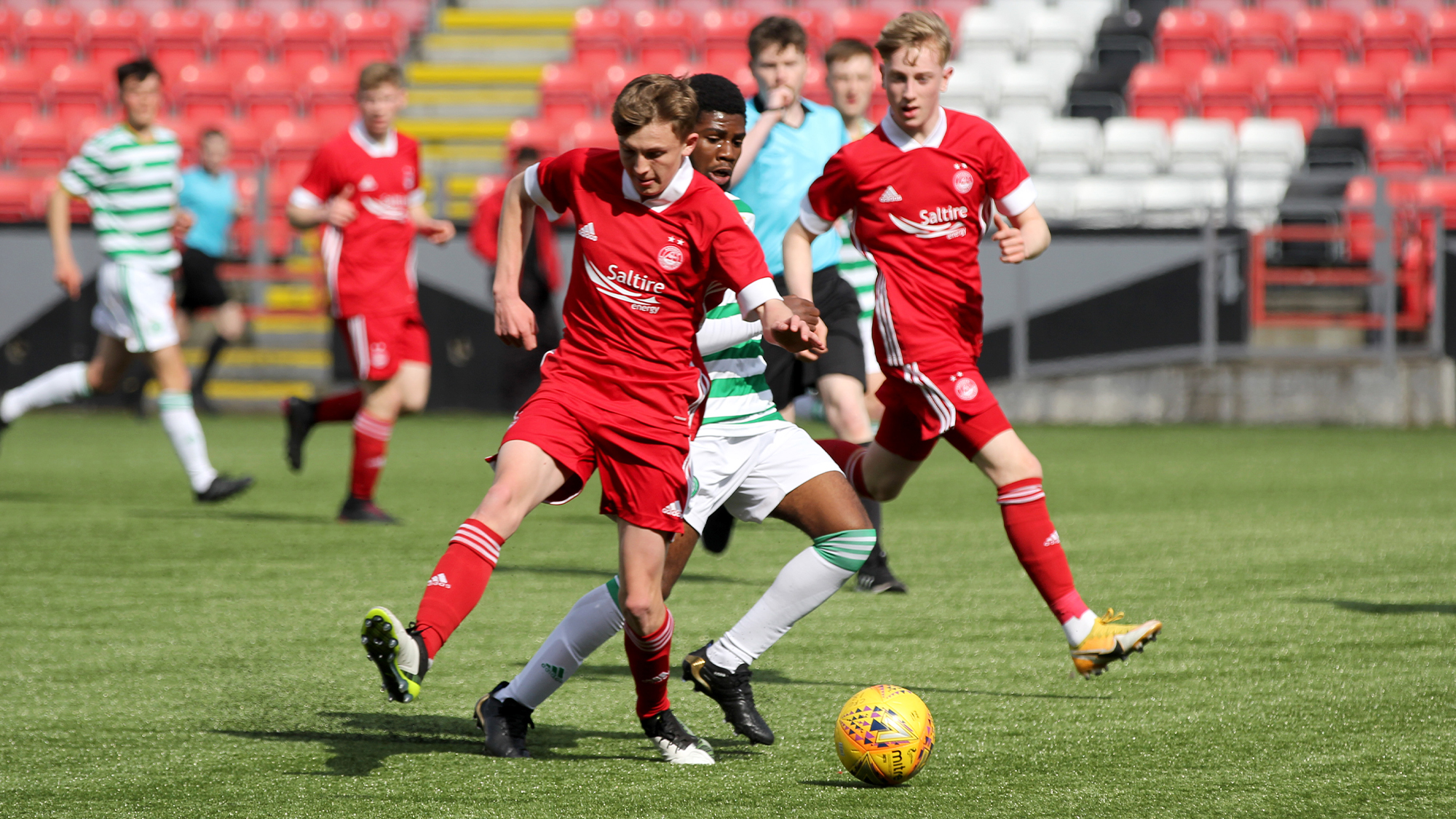 A few minutes after that Celtic won a dangerous free kick 20 yards out but Quinn drove the ball into the wall twice and Aberdeen then cleared a resulting corner. Quinn then went close again but Jack Milne blocked his shot.

20 minutes in, Aberdeen hit back and forced a couple of corners after a Michael Dangana shot had been deflected just wide. Although Celtic were enjoying more of the possession, the young Dons had produced a couple of really good quick breaks.

The next period of play was very even, Aberdeen unlucky with a couple through balls which just failed to find a forward run. Celtic on the half hour mark won two free kicks in and around the box but failed to trouble the keeper. The Dons two central defenders Hancock and Towler were both impressive in the first half. 35 minutes in, Jack Milne put over a superb cross from the right after a good move but Dangana could not quite get a touch. The quality of the cross deserved a goal.

Dane Murray was booked for a foul on winger Adam Emslie who was starting to find room down the left. Aberdeen finished the half the stronger team; the players had worked really hard in the first half to get a foothold in the game and then enjoyed some promising phases of play.

During the interval Tom Findlay replaced Finn Yeats in the centre of midfield. At the start of the second half Aberdeen had a penalty shout when Dangana was taken down after a strong run into the area. It looked at first glance like a really good claim as the Dons striker had used his strength to hold off a couple of defenders. Then the Celtic keeper grabbed the ball at the second attempt after scramble inside the box from an Aberdeen corner. No one in a red shirt could force it home. 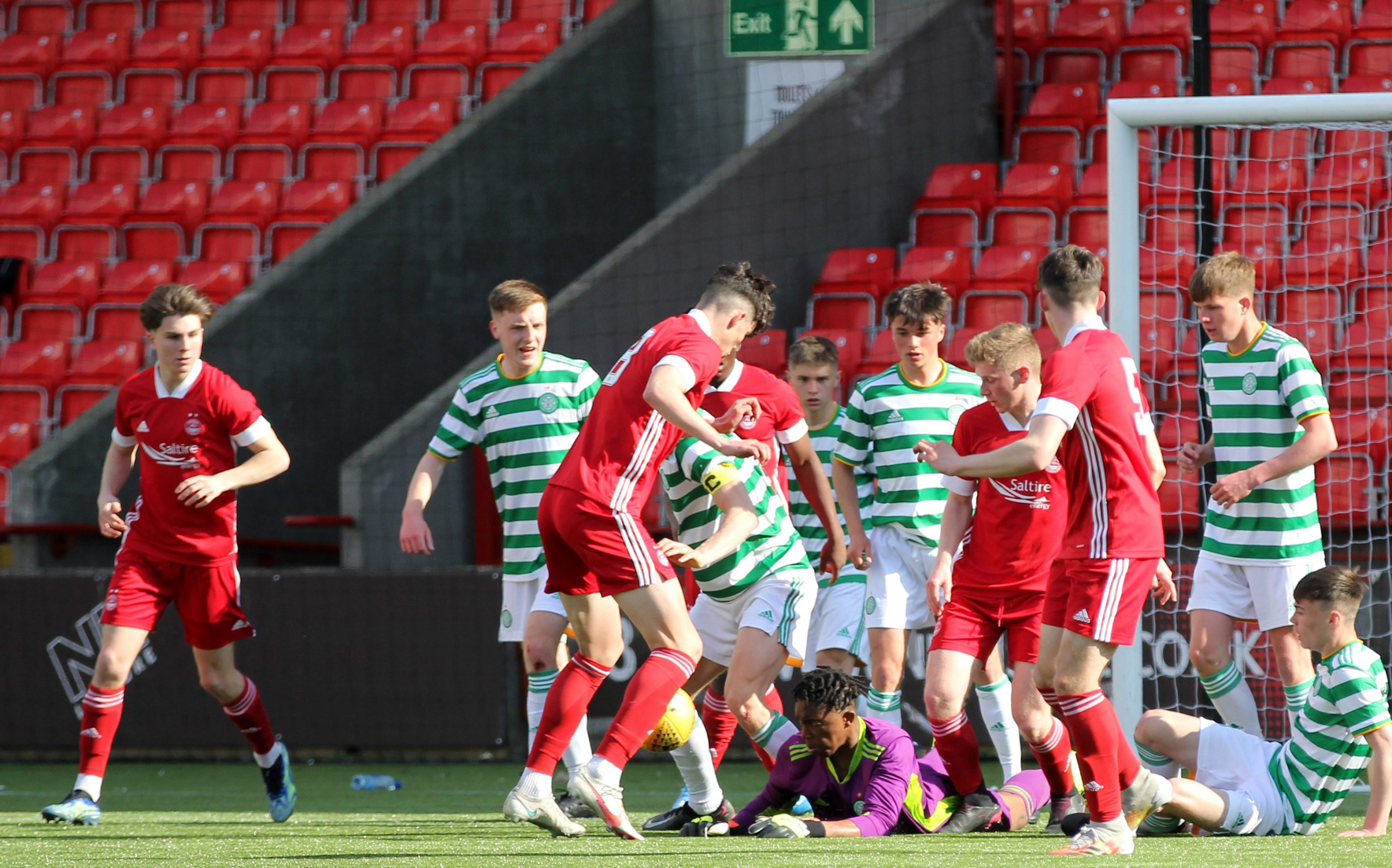 When Celtic took the lead on 52 minutes, it was probably against the run of play. After a move down the right, a cross broke for Makenzie Carse just outside the six-yard box and he coolly slotted home.  The goal had lifted the home side and Aberdeen did very well on the hour mark to prevent a second when Oluyemi got down low to push a shot from substitute Ben Doak wide and then Hancock was well positioned to clear off the line.

The visitors to their credit came back into it and produced three or four good moves down the right which resulted in crosses, but they failed to work any clear-cut openings.

On 66 minutes Adam Brooks was put in down the left channel and he scored with a very good finish across the keeper into the corner of the net. Aberdeen had put so much into the game, but suddenly found themselves with a mountain to climb. On 70 minutes Celtic added a third when Dane Murray rose highest to head home a corner. The Celtic skipper attacked the ball well.

Until the first goal it had been anyone’s game.

Aberdeen worked hard to prevent any further damage in the final 20 minutes and should have had a consolation when a corner went right along the six-yard box but no one in either team could get a touch. Then the keeper failed to hold a Hancock free kick but did just enough to recover the situation.

A tough afternoon for the young Dons, as the score line was not a true reflection on the 90 minutes. It was certainly an improved performance from last week and gives them something to build on. Barry Robson’s side are back in action on Tuesday evening at Cormack Park against Hamilton. 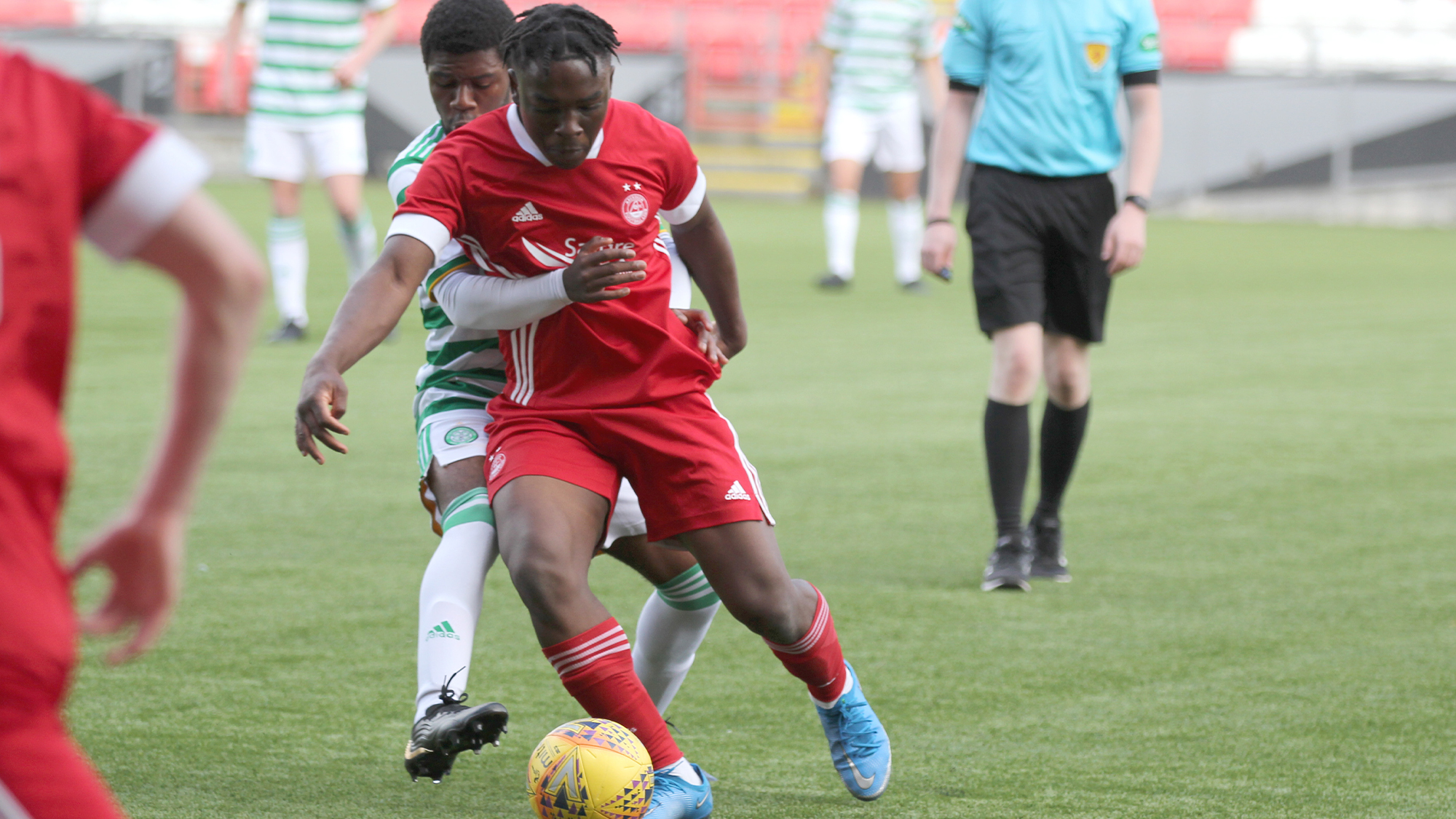