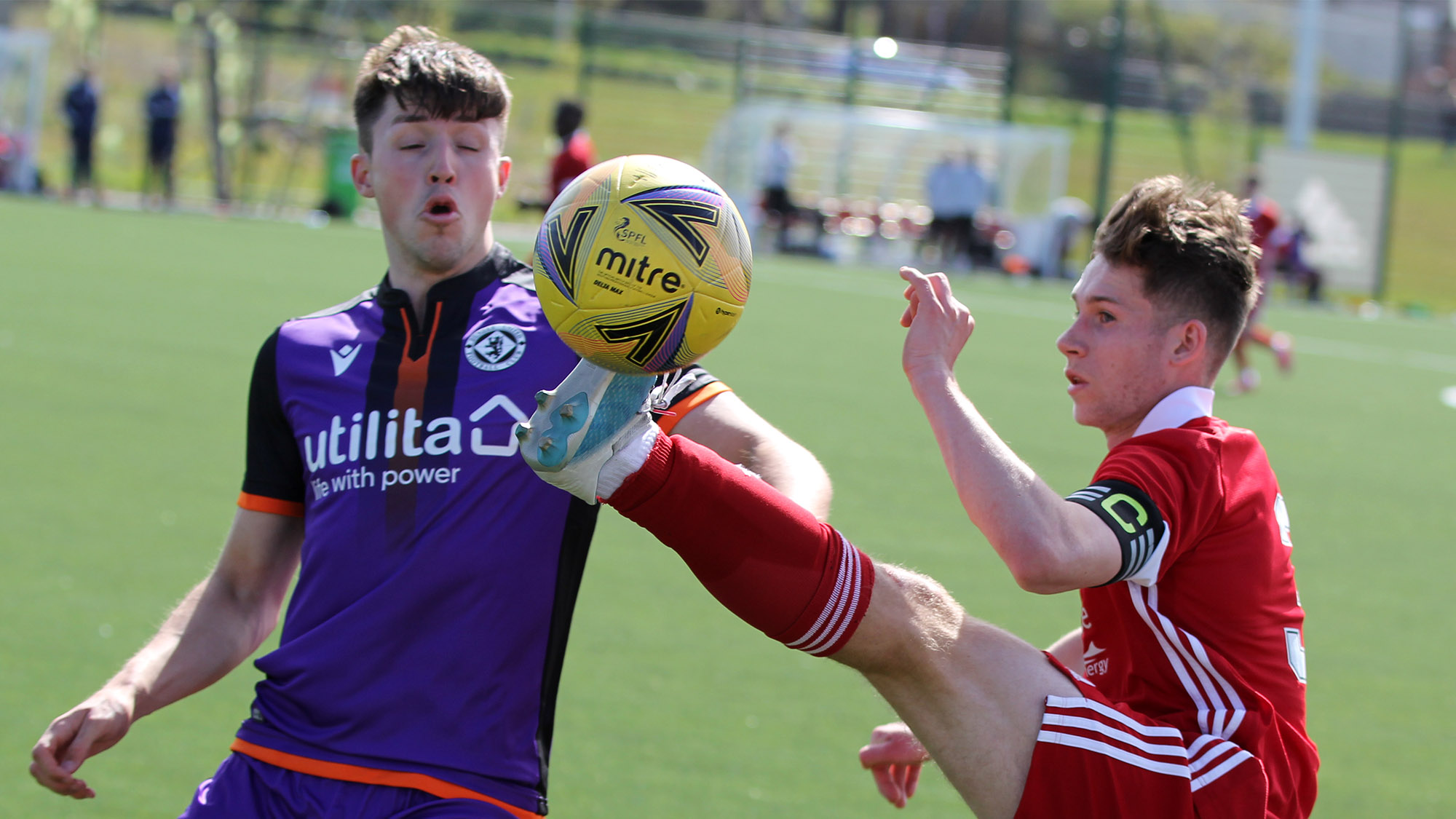 Goals from Adam Emslie, Michael Dangana and Kevin Hanratty gave Aberdeen victory at sun drenched Cormack Park against a Dundee United side who would have had more than Darren Watson’s last kick of the ball penalty conversion to show for their efforts but for an inspired display of shot-stopping from Dons keeper Blessing Oluyemi.

Barry Robson was able to call on the services of Kevin Hanratty for this North East derby and the talented youngster was given a roving commission behind Michael Dangana as the Dons sought their third win since the Under 18s League got back underway.

Oluyemi made a fine save on 17 minutes tipping a dangerous swirling, dipping shot from the impressive Watson over the top. Just before the half hour another excellent effort from Fotheringham was brilliantly turned over the bar by Oluyemi.

On thirty-six minutes, Aberdeen struck woodwork for a second time. A fast break initiated by the eager Hanratty saw the ball played in for Dangana, but the striker’s shot rebounded to safety off the keeper’s left-hand post with Adams beaten.

This close thing galvanised the Dons and Ryan Duncan was denied by a last gasp tackle from Duffy after a good interchange between him and Dangana.  However, the break came for the home side two minutes from the interval.

An excellent pass from Mason Hancock, whose distribution was first class throughout, sent Duncan running down the inside right channel and, when his crossed was only half cleared, the ball fell nicely for Adam Emslie to volley home from ten yards.

United tried to hit back immediately and were unfortunate to see O’Donnell’s 25 yard free-kick crash off the bar before Oluyemi made two fantastic saves in quick succession from first Fotheringham then Malcolm to see his team reach the turnaround with a slender advantage. 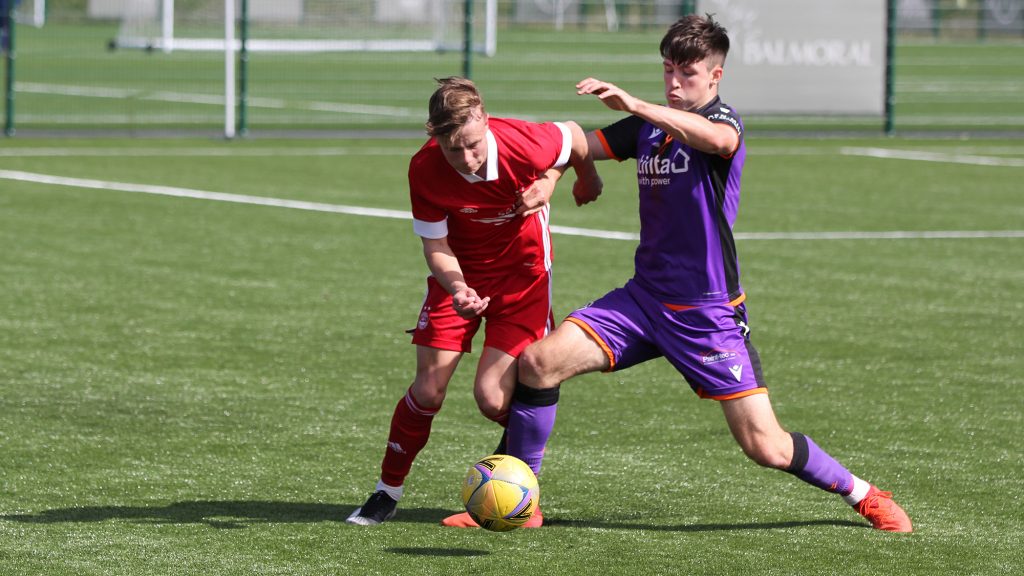 Those value of those saves from Oluyemi just before the break was emphasised in 52 minutes when the Dons doubled their lead and gave United a mountain to climb if they were to take anything from a game in which they had, until that point, probably created the better chances. A fine, high tempo move down the right saw the ball moved inside for Hanratty to fire in a left footed shot which Adams brilliantly touched on to his post. Unfortunately for United, the rebound fell perfectly for Dangana to slot the ball home and make it 2-0.

Watson’s deflected shot was again well saved by the Dons keeper as United came more into things, Oluyemi then saving well again as Fotheringham tested him.

With 16 minutes left on the clock, the Dons put the game to bed, Hanratty’s left footed effort creeping in at the keeper’s near post. Adams saved well from Milne as the Dons looked for a fourth, but the last goal of the game came deep into stoppage time when Watson converted expertly from the spot after he had been fouled in the box. It was no more than United deserved but Blessing Oluyemi’s heroics were certainly worthy of a clean sheet.

A hard-fought victory for the home side who are looking more and more like a solid unit every time they take to the park. Further information on future fixtures will be on the website once it is available. 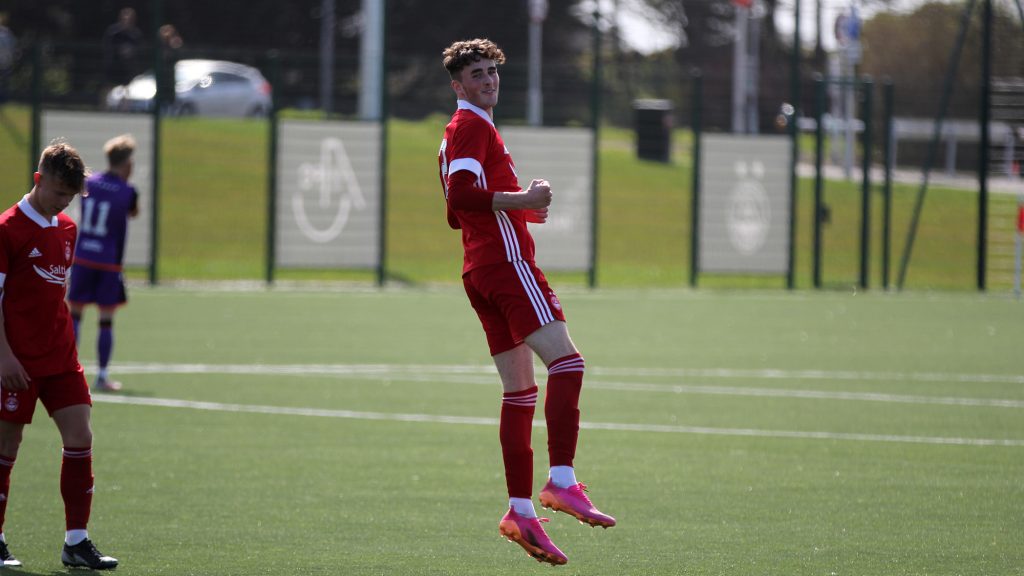 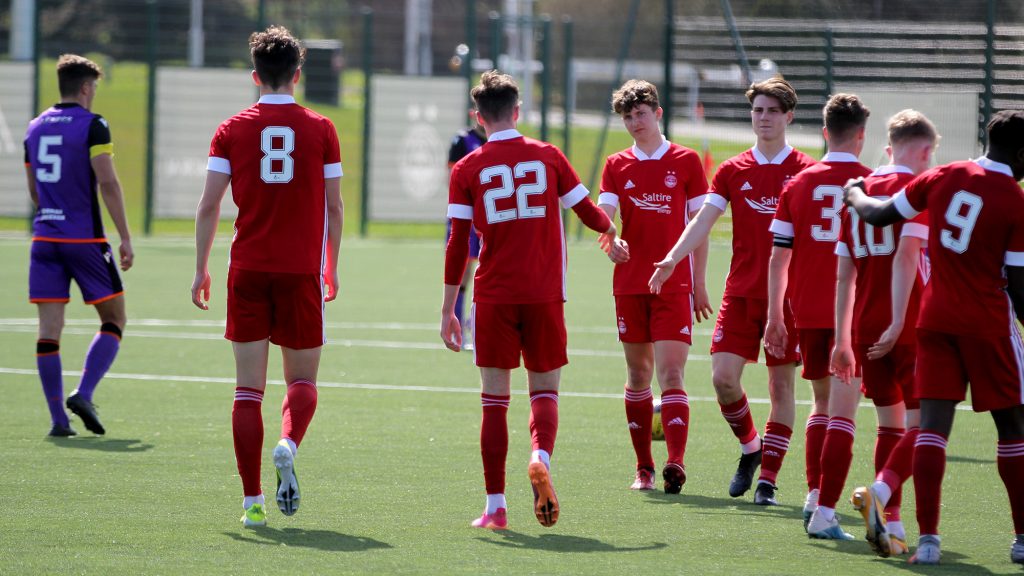