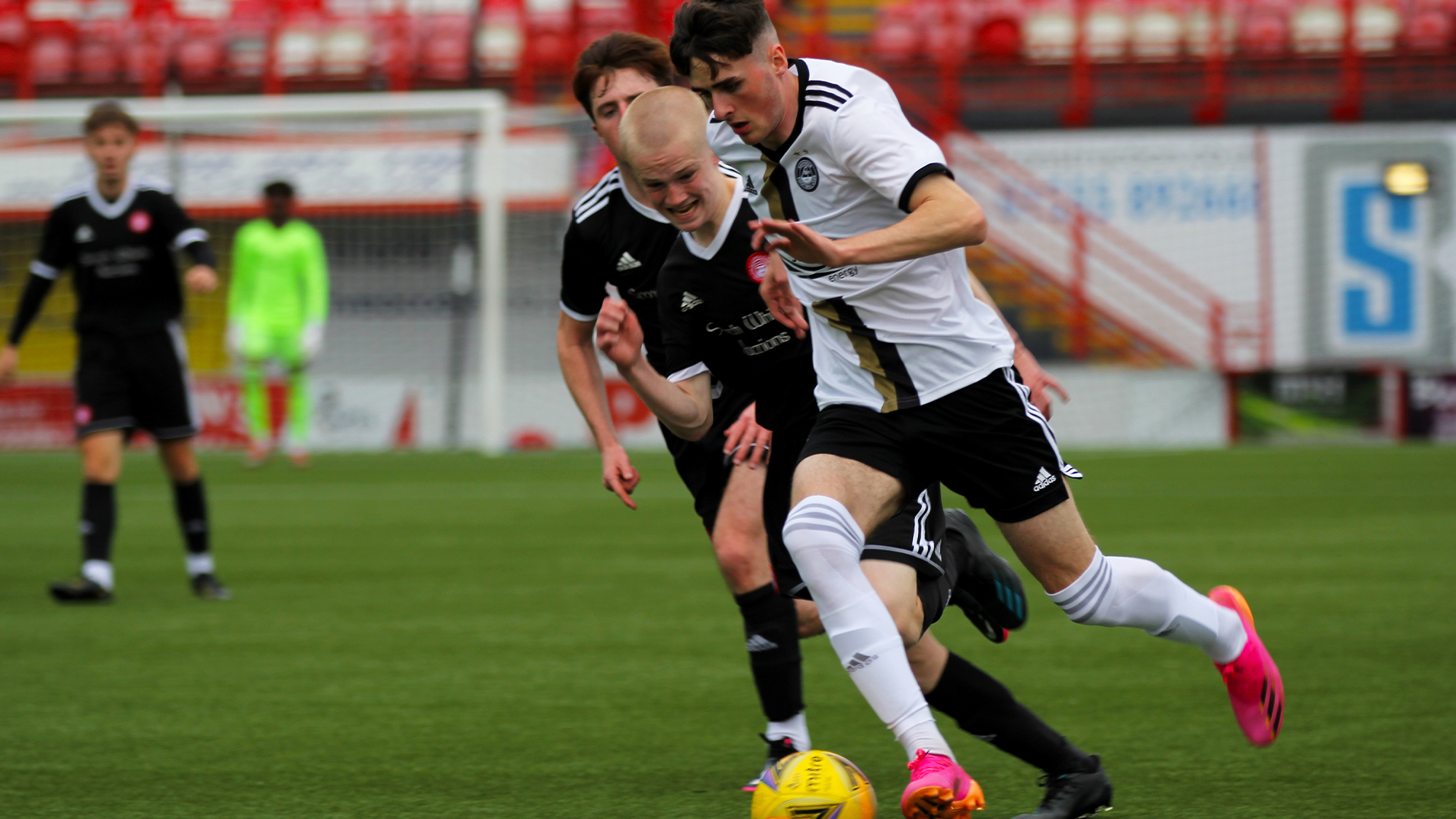 Aberdeen U18s will finish the Club Academy Scotland mini-league campaign next week with games against Dundee Utd on Tuesday and Hearts on Friday, but tonight their started the post split fixtures with a trip to the Foys Stadium. When both teams met recently at Cormack Park, Barry Robson’s side ran out 2-0 winners after a couple of early strikes. 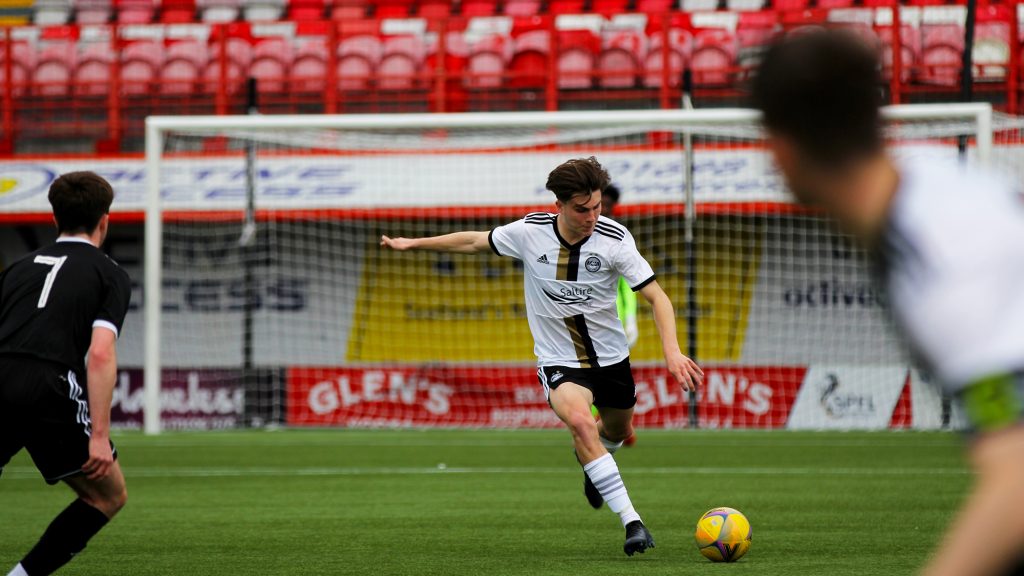 On 5 minutes Masson Hancock found himself dealing with a one v one situation at the back but showed good composure to get the better of striker Lennon Pirrie. Two minutes later Aberdeen had a great chance to take the lead with their first real attack of note. Kevin Hanratty did well on the edge of the area to square it to Adam Emslie on the penalty spot and his shot produced an excellent block from goalkeeper Cammy May. The keeper then made a confident catch from the resulting corner.

On 10 minutes Brady Craig cut out a dangerous cross from Ryan Duncan on the right. After a very high tempo opening period, the game then settled down. The next piece of action was not till the 27th minute when Emslie played Duncan in but the winger slipped just before receiving the ball then at the other end Handcock did well to stop a promising looking attack.

Aberdeen appealed for a penalty when Michael Dangana went down in the area but the referee ruled the keeper had got to the ball first. On 32 minutes really good play down the left from Emslie, who created an opening out of nothing, and his cross was met by Jack Milne but the midfielder, who had timed his run well, headed just beyond the far post. Duncan then almost found Dangana before Murray intercepted a very dangerous low cross in the six yard box.

Ryan Duncan was starting to get more involved and he blasted over but then on 39 minutes Aberdeen took the lead. A move down the right saw Milne play a hopeful looped ball forward, and when the last defender attempted to play it back to his keeper Emslie brilliantly anticipated the move and swept the ball home before the keeper could set himself. Lighting pace from Emslie created the goal.
Aberdeen then very nearly added a second just before the interval when Duncan rattled the cross bar with a thumping shot from 20 yards. It was some hit. 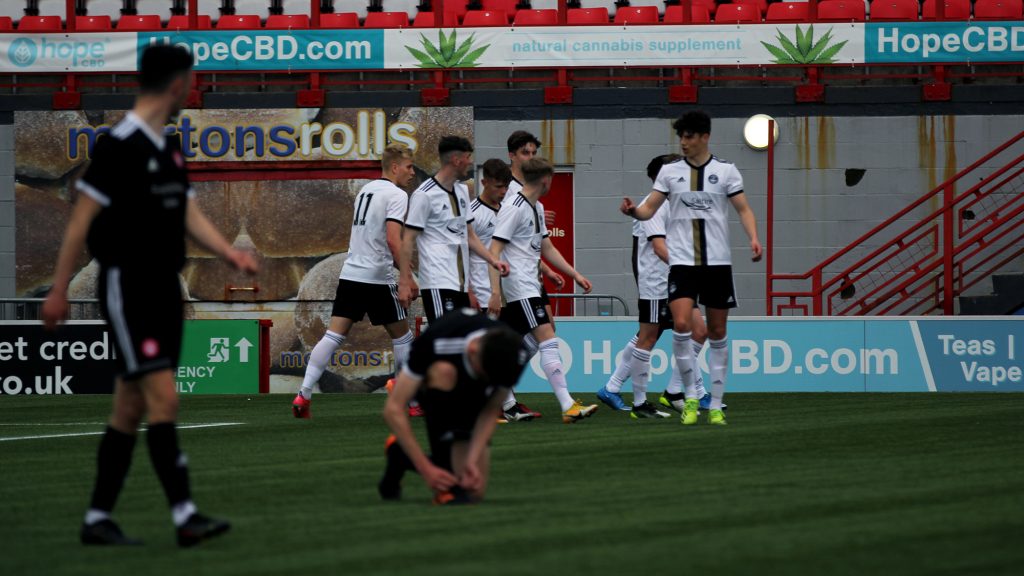 It was the home side who started the second half the stronger. A McGowan header from a free kick found the back of the net but the flag went up for offside. Duncan had a shot blocked before on 55 minutes another free kick from the right found McGowan unmarked again but this time he could not direct the ball on target.

The same player then hit the post moments later as Hamilton started to dominate. On the hour mark a really good move from Hamilton, who beat a high press, the ball was worked to the right wing where substitute Kai Sylla who found himself in space and his shot also came back off the far post. Accies were pushing and McGowan once again caused problems, beating a couple of retreating defenders before firing over. After 65 minutes Hamilton deservedly scored an equaliser and it was that man Adam McGowan. He again twisted and turned inside the area and this time forced the ball home at the near post with a clever finish.

With fifteen minutes to go Sylla forced Blessing Oluyemi into a smart save at his near post. The resulting corner was then headed just wide. With ten minutes remaining Aberdeen came back into it. First Hanratty did well to set up Emslie and his low shot was well saved before Hanratty had a shot deflected just over. By now the rain was lashing down which helped slick up the surface as both sides went looking for a winner.

With five minutes to go Aberdeen captain Lyall Booth was controversially sent off after picking up a second yellow card. The referee had adjusted that he had stopped a promising attack but the decision looked very harsh.

As it was, the ten men of Aberdeen actually had the best chance to win it but Hancock’s header from a Duncan corner went just past the post and then the final whistle was sounded. In the end a draw was a fair result as the Dons did not do enough to win it. Barry Robson though will again have been pleased with the performance again of some of his younger players within the side. 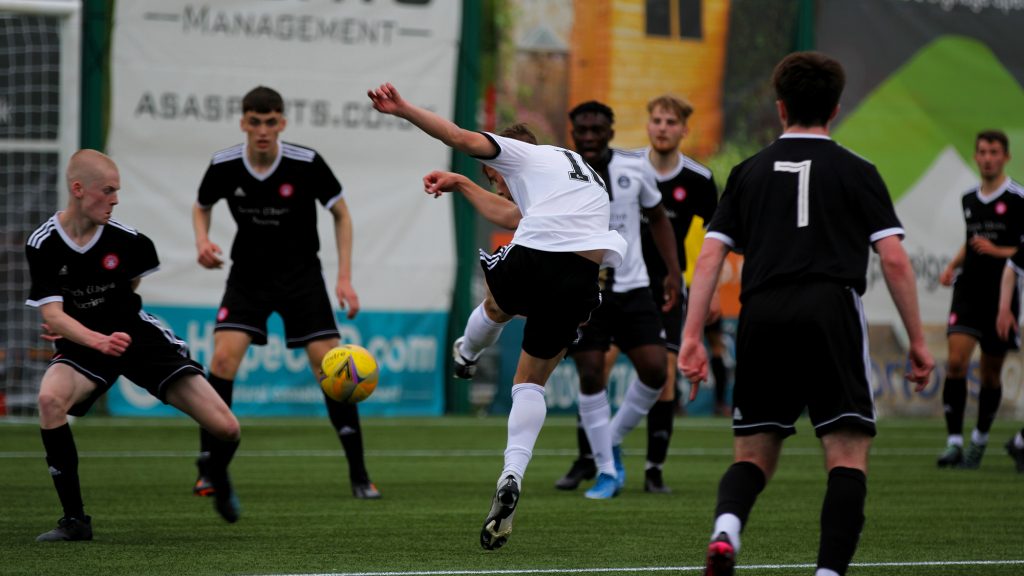