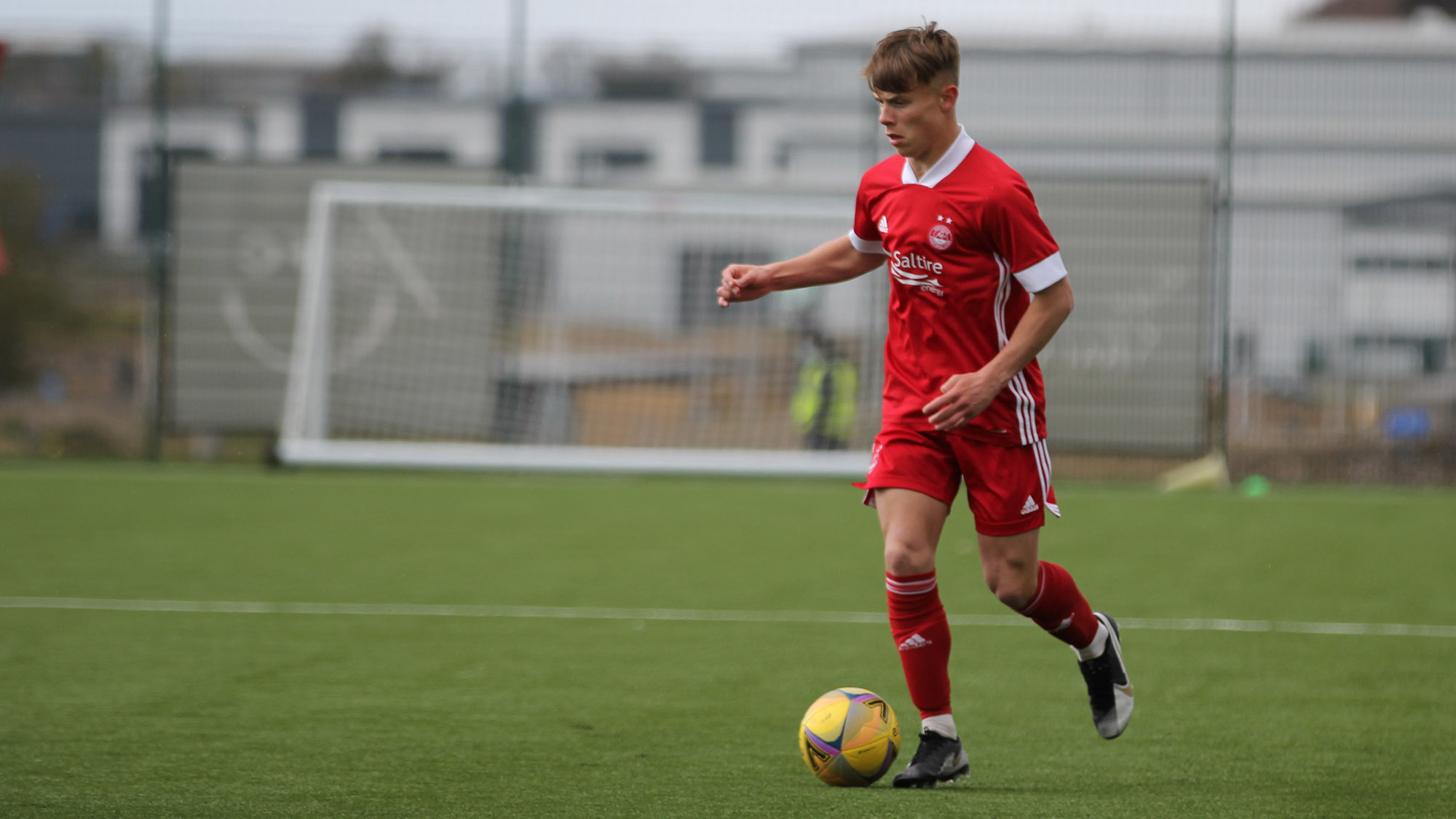 It was another 90 minutes where the Dons played very well in spells against a strong side but this young group are certainly not getting the rub of green at the moment as they continued their Club Academy Scotland U18 mini-league campaign in Glasgow this afternoon.

The first five minutes, playing a different formation, it took Barry Robson’s side, who were missing a number of key players through injury or suspension, a little while to adjust to the new shape.

On 25 minutes Rangers took the lead when a ball was clipped over the back four found the run of striker Charlie Lindsay and he produced a good early finish. After that the rest of the half saw Rangers edge the possession but both teams had a similar number of chances.

Goalkeeper Tom Ritchie, who has been with the first team squad all season, played his first game of the U18 mini-season and the Scotland youth international stood up well to the couple of opportunities that the home side created. Aberdeen looked dangerous on the counterattack and Liam Harvey had a couple of shots before Ryan Duncan had opening from a corner.

In the second half, after further instructions from Barry Robson and Scot Anderson, the young Dons started strongly and caused Rangers a few problems. Aberdeen were playing with two strikers – Michael Dangana and Harvey – and they were by now causing an issue. As the half wore on, Aberdeen were getting more and more joy and deservedly got an equaliser just before the hour mark.

The Dons got their reward for a high press when they nicked the ball in a good area. It was then played through to Adam Emslie who produced an excellent composed finish into the bottom corner. The winger, pictured, had another very impressive game.

For the next ten minutes Aberdeen had their best spell, controlling proceedings and had a great chance to take the lead when Dangana was through one on one. The powerful striker appeared to then be taken down by a covering defender and the visitors appealed for a penalty, which would also have resulted in a red card, but the referee saw the incident differently.

A couple more opportunities followed after some dangerous balls into the box but Aberdeen were then hit with a sucker punch when with eight minutes to go when the ball fell to Tony Weston on the edge of the area and on the half volley he produced a good finish into the bottom corner. The visitors pushed hard for an equaliser but the home side managed the game well in the closing stages to hold onto the three points.

Despite the defeat it was another encouraging performance from many of the younger players on show. Aberdeen are back in action a week today when they host Dundee United at Cormack Park.