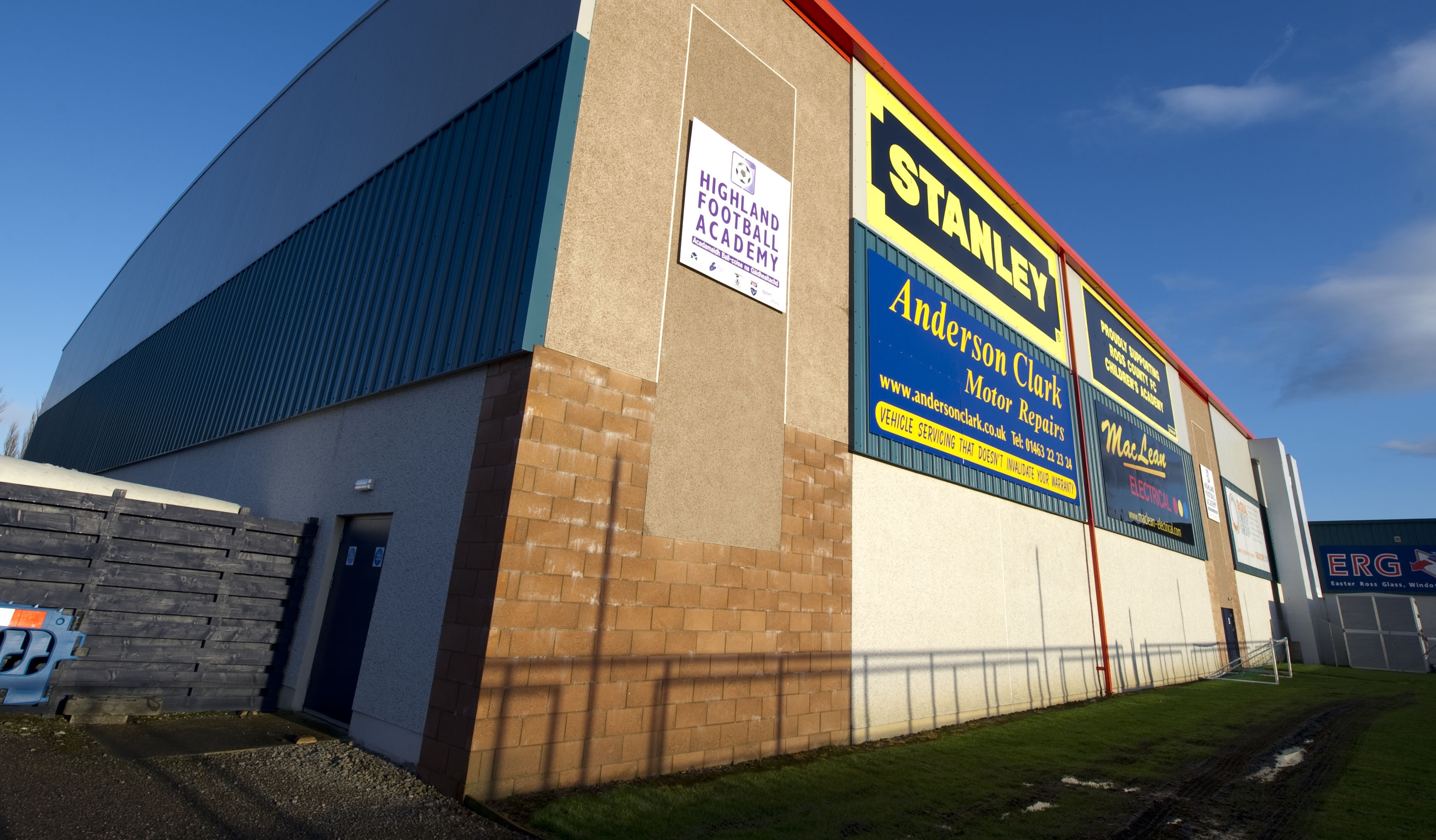 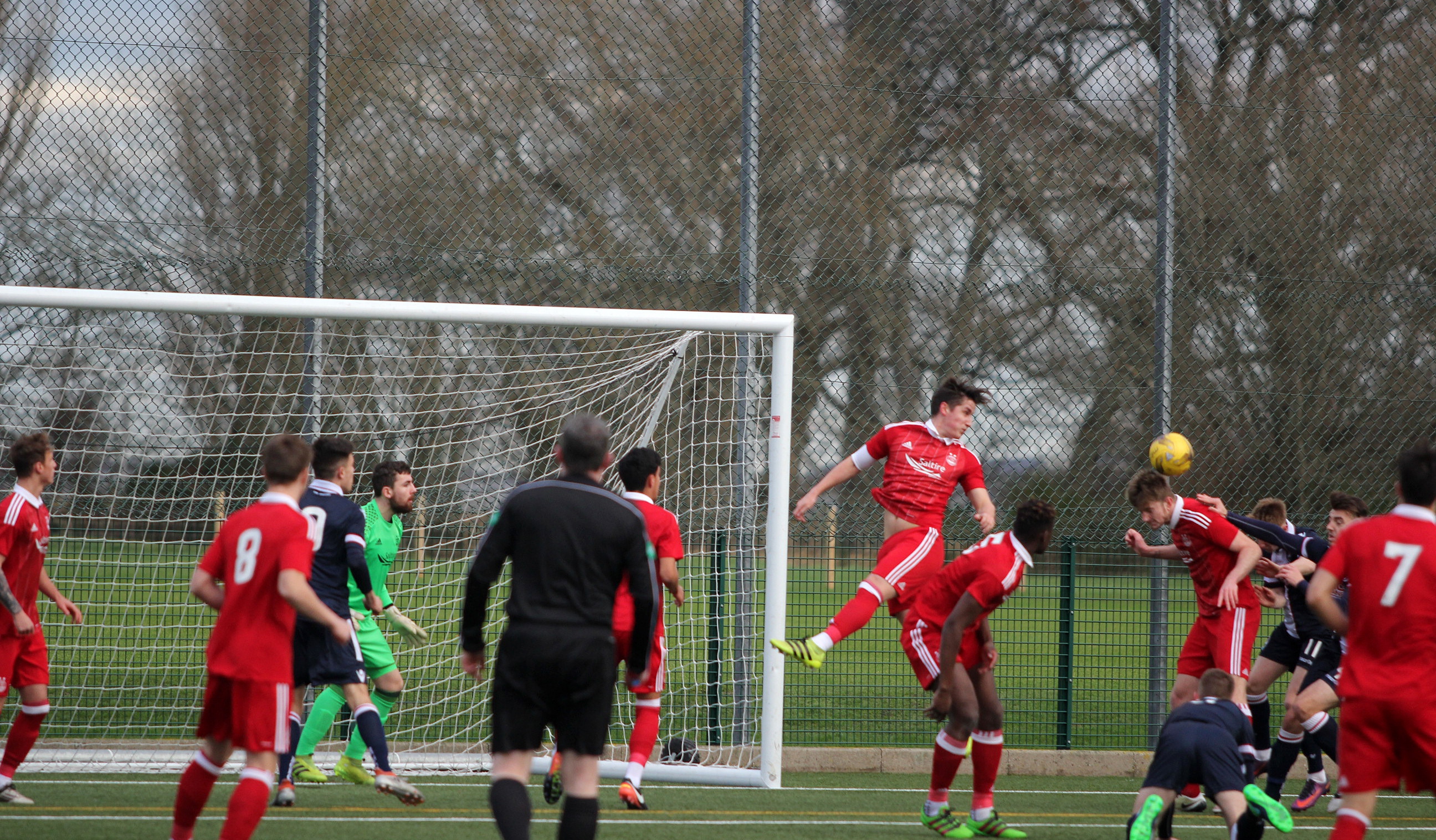 A young Aberdeen side went down to a narrow defeat against Ross County at Highland Football Academy this afternoon. After struggling a little bit with an experienced County side the young Dons then dominated the second half and were very unfortunate not to get something from the game.

In Dingwall the Dons lined up with three of Scott Anderson’s U17 players in the starting XI – Seb Ross, Chris Antoniazzi and David Dangana. Craddock was in goal with a back four of Wells, Mbayo, Roscoe, MacPherson. In midfield were Ross and McLennan with Norris and Antoniazzi on the wings. Young Chris was away with the Dons first team last week in Dubai. Anderson and Dangana were up front.

It was very much a game of two halves.

On an artificial surface, the home side took the lead on seven minutes. From a corner the Dons had half cleared their lines when Wells headed the ball to the edge of the area but an unmarked McLaughlin fired home a superb first time shot past Craddock. On the half hour mark the Dons again conceded after allowing shot from the edge of the area. Prior to that the defence had cleared three crosses in the box. When the shot from Franks came in it went through a ruck of players and an unsighted Craddock could only parry the ball. McIver was the first to react and placed the ball into the empty net.

Aberdeen to their credit came back strongly in the second period as they went on the front foot. They deservedly got back into the game on 65 minutes. Skipper Arron Norris, who had a very fine game this afternoon, did extremely well down the right flank. He beat two players before putting over a superb cross. Bruce Anderson showed good movement to get away from his marker and was able to plant a header past Foden. It was a piece of real quality from Norris.

Like in several games for the 20s this season, they have been in this position before where they gave themselves just too much to do after conceding twice in the first half hour. They were dominating possession but could just could not create another little opening. Another five minutes of play and they would almost certainly have taken something from the game.

Despite the defeat plenty of positives for Paul Sheerin: “First half we did not get close enough to them. They gave us a hard time and shifted us around. We never really got to grips with them in terms of the way they played. We found it difficult and were two goals down at half time.

“We changed the shape a bit during the interval. It suited us a lot better. We were a bit braver in getting after the ball which I take a bit of responsibility for. We had been working hard in training at coming off it and working on our shape when defending. I think they took that to the letter of the law too much in terms of coming off it and not knowing when to go after the ball.

“So, we got them in at half time regrouped and that worked out well. We managed to get them organised a bit better and we looked a different team. We probably deserved a bit more, a draw at the least for our effort and application.

“As much as we don’t like losing games, it is probably the best way to lose it if that makes sense – in terms of how much we put into the game.

“We had a hard couple of months prior to Christmas but we showed a desire and spirit this afternoon so it was good to see that side of our game.

“Ross County to their credit are much improved this season, they are doing well in the League and they played well. There were more experienced as we did not have any U20s in the team at all. We went down to U19s, U18s and had a few U17s. Although we were inexperienced we looked more of a group, we looked more of an Aberdeen team.

Please note that the U20s Development League fixture against Falkirk scheduled for Monday the 23rd of January has now been postponed until Thursday 6th April. Full match details will follow in due course.