Please note that the kick off time for our Development League fixture on Monday 30th January has now changed to 6pm. 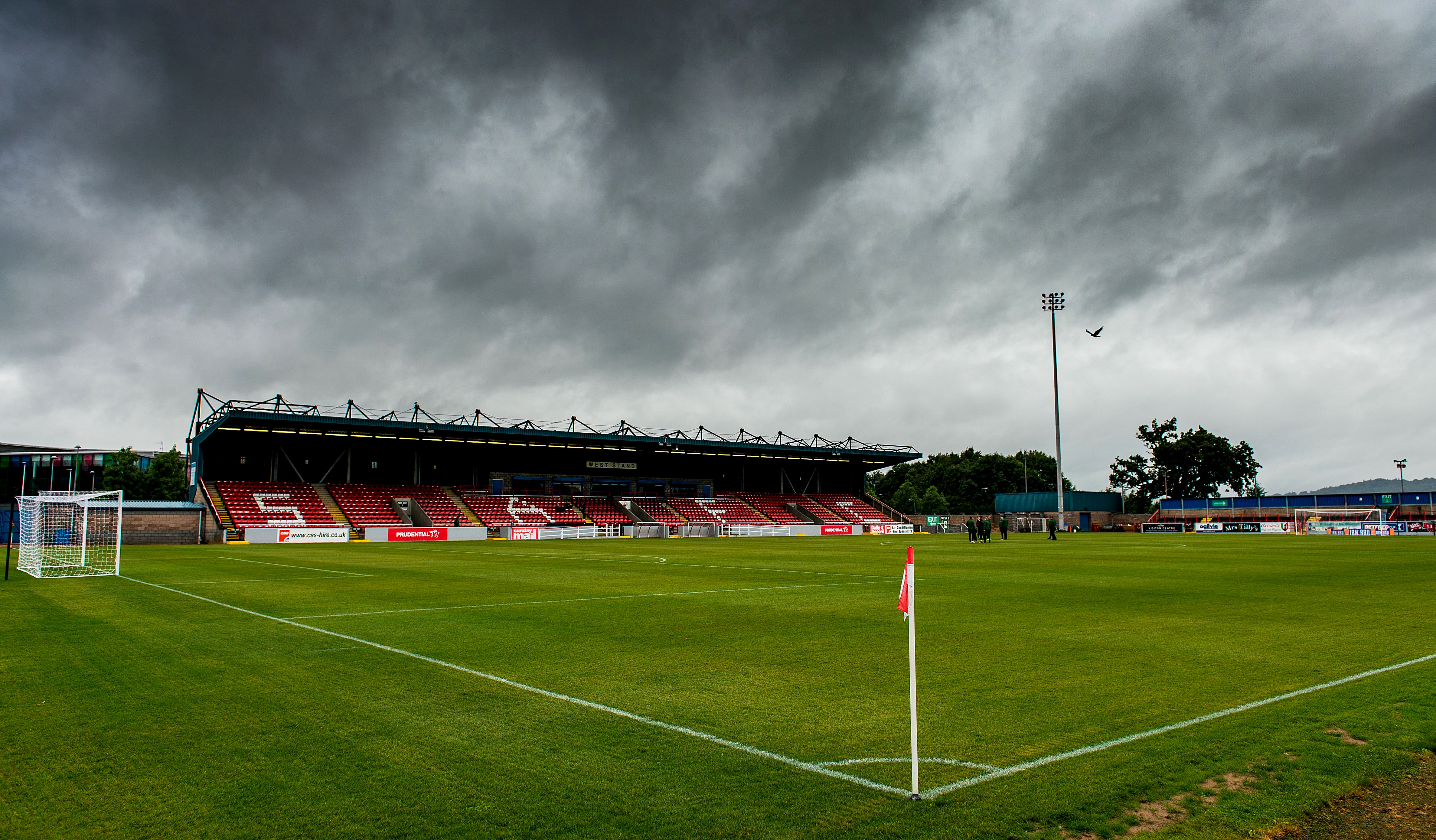 Please note that the kick off time for our Development League fixture on Monday 30th January has now changed to 6pm.

Please see below confirmed details for the following U20 matches: 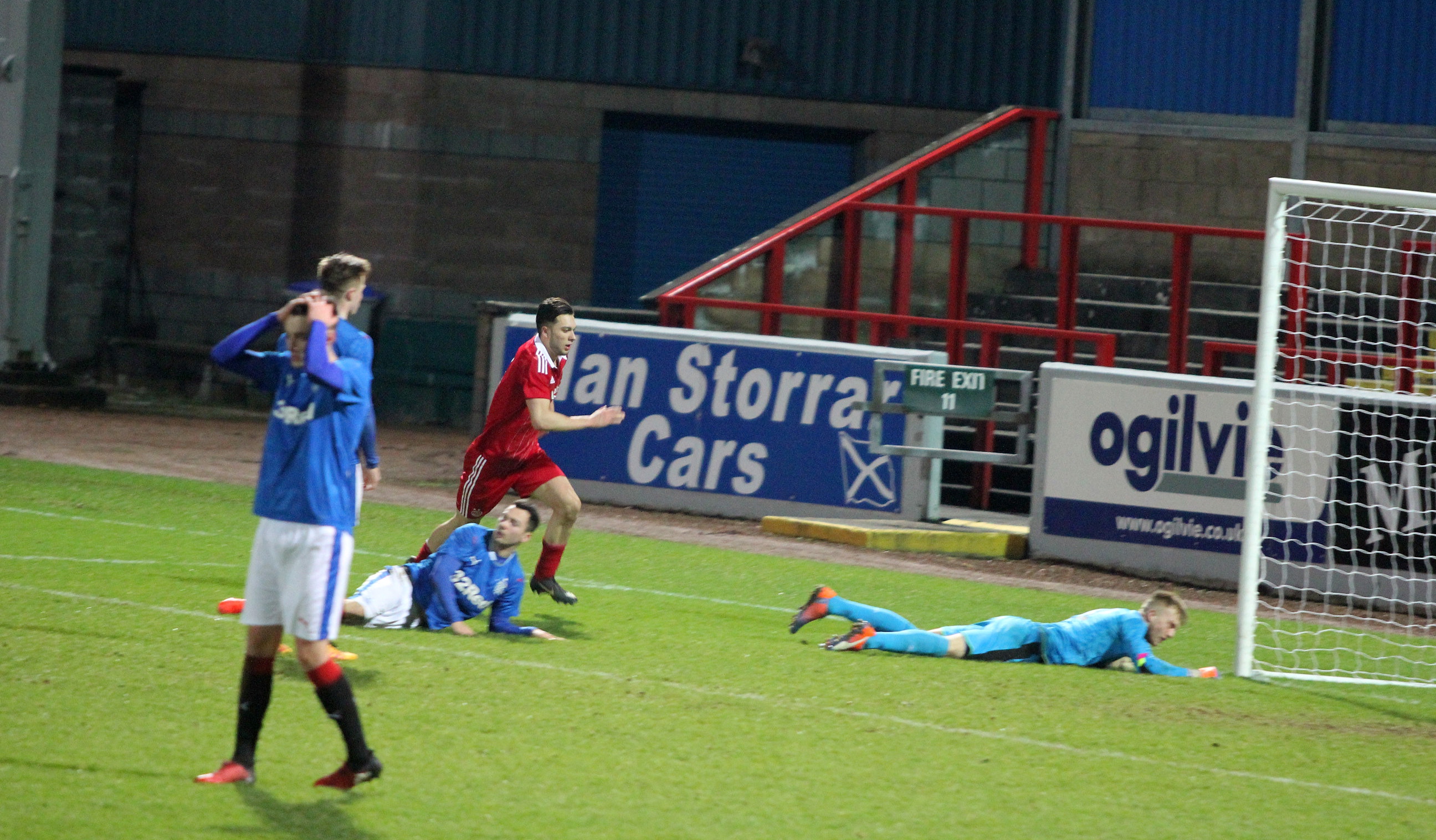 The young Dons drew 2-2 this evening in Stirling against Rangers. In what was a very entertaining game, both keepers had some excellent saves. In the end Aberdeen will be a little disappointed not to have picked up a win which their attacking play maybe merited but this was another positive performance on the back of the Celtic victory last week.

match report
Aberdeen made a strong start and almost took the lead after five minutes. Scott Wright picked the ball up about 40 yards out. He ran straight through the middle of the Rangers defence, beating about five players, before his shot was tipped over by keeper Roddy McCrorie. It was an excellent save that stopped what would have been an outstanding goal. After nine minutes, on the break, Frank Ross forced McCrorie into another fine save at his near post after running down the right unchallenged.

On 11 minutes a Liam Burt shot was well held by Mutch then Ross Lyon lifted the ball well over from a promising position. Rangers then forced a couple of corners which the Dons defended well.

It was a very open game with both teams looking dangerous on the break, there was a lot of pace on show from both sides. Neither of the midfield's were able to get any control.

After quarter of an hour Jack Thomson was booked as Frank Ross threatened to break again. It was a promising looking attack which he thwarted.  At the other end, Ross Lyon was causing problems out on the left side and he was unlucky to see a shot go inches wide from a tight angle after he had run in off his wing. Then on 20 minutes a Max Ashmore shot was well tipped over by Mutch. On 25 minutes, from a Rangers corner, the Dons broke brilliantly and had a two on two with Antoniazzi and Wright in attendance. Chris played the ball to Scott but as he tried a return pass, the Rangers defenders just managed to intercept. A great opportunity wasted, but it did not matter as Aberdeen then took the lead a minute later. Norris intercepted a pass on the centre circle and played an early pass to Frank Ross who in turn played the ball forward to Wright. Scott again found space to run into and this time he stepped inside before drilling the ball into the corner of the net. A fine finish.

In trying to prevent the goal Ross McCrorie collided with his own man and after lengthy treatment was carried off.
On 39 minutes Ashmore was booked as Wright ran in on goal again. Two minutes later from the other wing Chris Antoniazzi had a positive run and his shot did not look too far away.  Then McLennan down the right maybe should have done better inside the box when he had players in support but his cutback landed at the feet of a blue jersey.

There were further injury problems for Rangers before the half was out with Jack Thomson having to go off. It looked a bad one and we wish him a speedy recovery.

Due to the injures there was quite a bit of added time and Rangers managed to equalise in the third added minute. After a well worked move a cross from the left picked out Liam Burt on the edge of the area and his first time effort beat Mutch. It was a fine finish as the Rangers man steered the ball past the keeper although it was not clear if he meant it.

Even then Aberdeen had time for one more effort, McLennan with a shot that went inches past the post. Connor was so close to giving Aberdeen the lead again, one that they would have deserved at half time.

Rangers pressed hard at the start of the second half and forced a couple mistakes which led to some very good chances.

On 48 minutes a misplaced pass looked certain to lead to a goal until Mutch made a quite brilliant double save from Ross Lyon. Seconds later Mbayo was booked for a foul on the edge of the area as he tried to retrieve the situation. Ashmore could only hit the wall from the free kick.  Then a slip by Mbayo let in Burt but he pulled his shot wide. Another let off.

Back came the Dons, McLennan and Wright almost combined before right back MacPherson won a corner. Frank Ross then very nearly intercepted a square pass from the Rangers defence.

On the hour mark Lyon had another good opportunity before Aberdeen made a pre-planned double change: Frank
Ross and Wright were replaced by Dylan Thomas and Bruce Anderson. Five minutes after coming on Anderson dispossessed the last defender and had a great chance to score but McCrorie stood up well and made a very good save. Minutes later Rangers worked it to put Houston in the clear down the right. He looked likely to score but Mutch this time stood up well and also produced a very good save.

With fifteen minutes to go Aberdeen won a couple of corners but could do nothing with them before McLennan tried his luck from distance twice. Then a Wells cross was met perfectly by McLennan but his header agonisingly hit the post.

It was a really good five minute spell from Aberdeen but then they allowed the home side to take the lead on 77 minutes. A simple forward pass found Rudden who was in so much space he looked off side but the flag stayed down and the striker slotted home.  It was a close call but on replay the Dons defence stepped up a split second too early.

McLennan and MacPherson were booked as the Dons tried to fight their way back into the game. With just under ten minutes to go right back Houston had to go off injured and with no substitutions left Rangers had to play the final ten minutes with ten men.

This gave the Aberdeen players a lift as they pushed for an equaliser. On 85 minutes Dangana, who had replaced Antoniazzi, played it wide to MacPherson and his first time cross was brilliantly headed home by McLennan. Big Connor certainly deserved his goal.

The Dons then sensed they could win it. Joe MacPherson at the back post very nearly forced the ball home. Then Anderson on turn hooked a shot just wide. MacPherson then got the better of his man on the by-line but his cutback frustrating failed to pick out a red jersey.

In injury time Rangers forced a couple of corners but the defence held firm. In the end, a draw was the very least Aberdeen deserved.