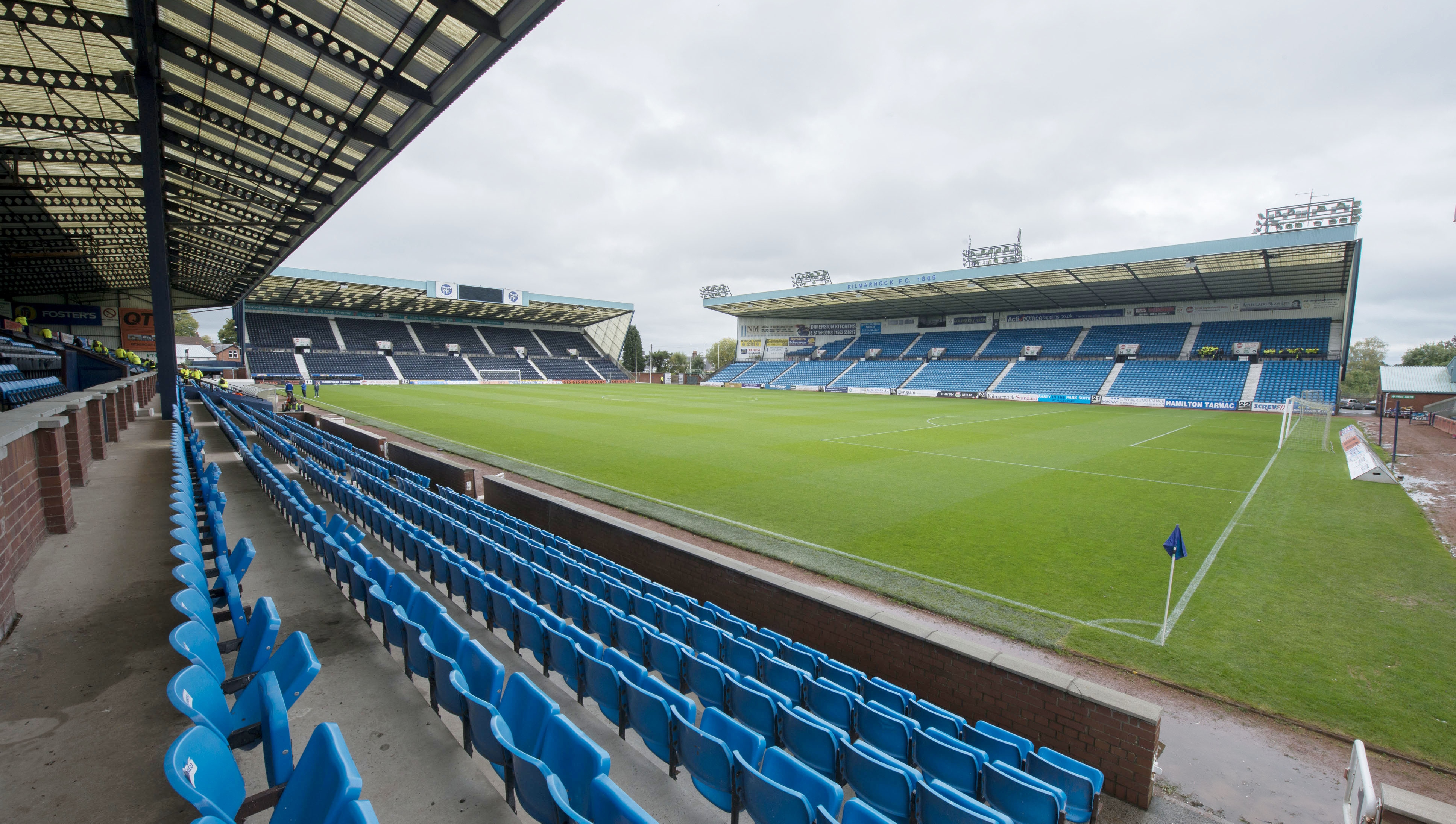 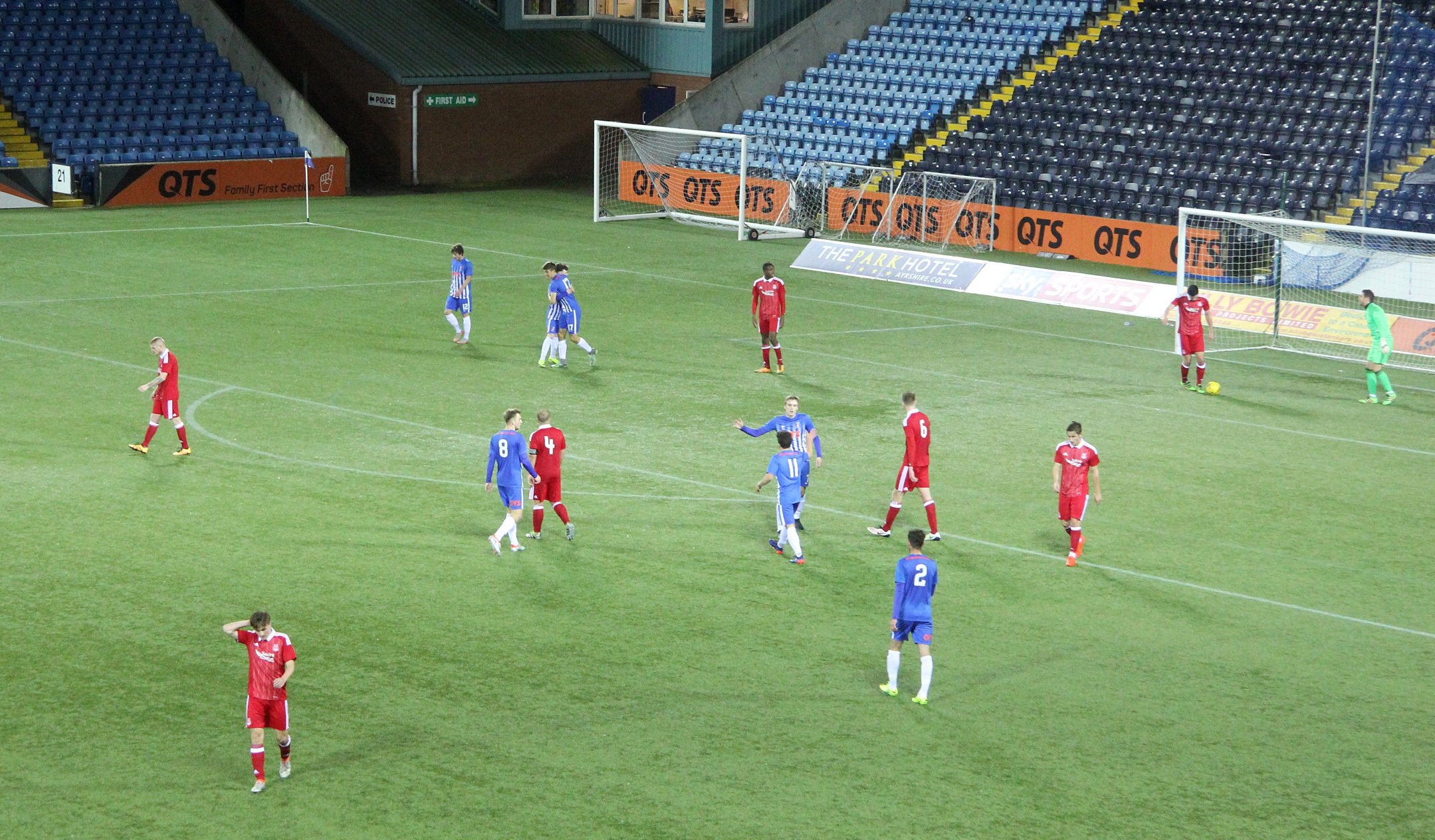 The Young Dons made the long journey to Rugby Park to face a Kilmarnock side currently lying second bottom of the Development League with only two wins to their credit in ten games, those victories coming against Rangers and Hearts.

After last week’s excellent win over Hamilton, the Aberdeen starting line up showed three changes. Storie, Thomas, Ross and Norris were in the middle of the park with last week’s hat-trick hero Joe Nuttall up front alongside Anderson.

Kick off was delayed by fifteen minutes after heavy traffic in Glasgow delayed the Dons’ arrival at Rugby Park.
Kilmarnock were first to create a chance when Bojaj found Morrison on the right side of the box. He cut the ball back for Smith whose floated shot was safely clutched by the back-pedalling Alexander.

On six minutes Iain Wilson fired in a tremendous shot from twenty yards which crashed back off the bar with Alexander beaten, then seconds later forced the keeper to finger-tip a shot from the same player just past the post.

Bruce Anderson got away from his marker but opted to shoot first time from distance when he would have been better taking a touch and assessing his options as the effort on goal did not test keeper Mackay.

Wilson was again in the thick of the action on 12 minutes when Morrison found him on the edge of the six yard box but his shot was straight at Alexander.

Alexander had to save well again from Bojaj after a good run down the left by Smith as Killie continued to press. The Dons were finding it hard to get into the match as the home side were dominating possession.

There were loud shots for a penalty as McKenna challenged Frizzell in the box but the ref waved aside the claims. It was simply a good strong piece of defending from the Dons man.

The Dons were struggling to create any attacking opportunities while the home side looked bright and inventive in the forward areas with Alexander by far the busier of the two keepers.

Frizzell was given a stern talking to by referee Lloyd Wilson after a poor challenge on Sam Roscoe but no card was shown to the Killie winger.

As half time approached the game was much more even, the Dons having largely drawn the sting out of the home attack but Mackay in the home goal had still to be seriously tested.

Four minutes from the break Morrison of Kilmarnock was booked for a foul on Frank Ross who was becoming more influential as the game went on. Just before the whistle went for the end of the first half Jonathan Burn headed narrowly wide after Frizzell played in a free kick from the left.

A goal-less first half thanks to some fine saves from Neil Alexander in the early part of the game but the Dons were starting to come more into it as the half progressed.

Neither side made any changes at the interval and Killie again started briskly but without putting much pressure on the visitors’ rearguard.

In 56 minutes McLean came on for Morrison for Kilmarnock. Martin Smith drove into the right side of the box and tried his luck from 15 yards but Roscoe got across well to block the ball at the expense of a corner.

On 59 minutes the Dons made a double switch, Antoniazzi and McLennan taking the places of Anderson and Norris. Two minutes later the home side took the lead when substitute McLean raced down the left before drilling the ball in to the near post where it ricocheted off the unfortunate Roscoe past Alexander.

Frizzell drew another save from Alexander as the homesters looked to increase their advantage. Sixteen year old defender Curtis picked up an unnecessary booking on 65 minutes for kicking the ball away after he had tripped Frank Ross. Webb followed him into the book a minute later for a challenge from the back on McLennan. Dempsie then came on for Curtis.

Killie made it two nil on 69 minutes when Frizzell played a cute 1-2 with Wilson before slipping the ball past Alexander.

The Dons made their final change on 74 minutes as Lewis Hutchison replaced Frank Ross. Having scored with his first touch last week we could only hope the talented youngster would be an inspiration to his team mates in the final stages this time around.

Some great play by Kilmarnock saw them cut the dons defence apart but Frizzell was inches wide with the final shot of a fine move. The Dons raced up to the other end and Connor McLennan played a great cross in from the left for Joe Nuttall to poke the ball in to the net from three yards to hand the visitors a lifeline. That’s six goals in five Development League starts for the big striker.

In 83 minutes Bojaj hit the woodwork with a fine header from McLean’s cross but the big striker wasn’t to be denied a minute later when he powered into the box before firing an unstoppable shot past Alexander to make it 3-1. He received a great hand from the home crowd when he came off to be replaced by Cameron.

The sub made an instant impact finding space in the box to head a right wing cross powerfully past Alexander to give us a final score of 4-1 to Killie.

A very disappointing showing by the Dons but the home side thoroughly deserved the victory after a stirring performance which belied their lowly league position.