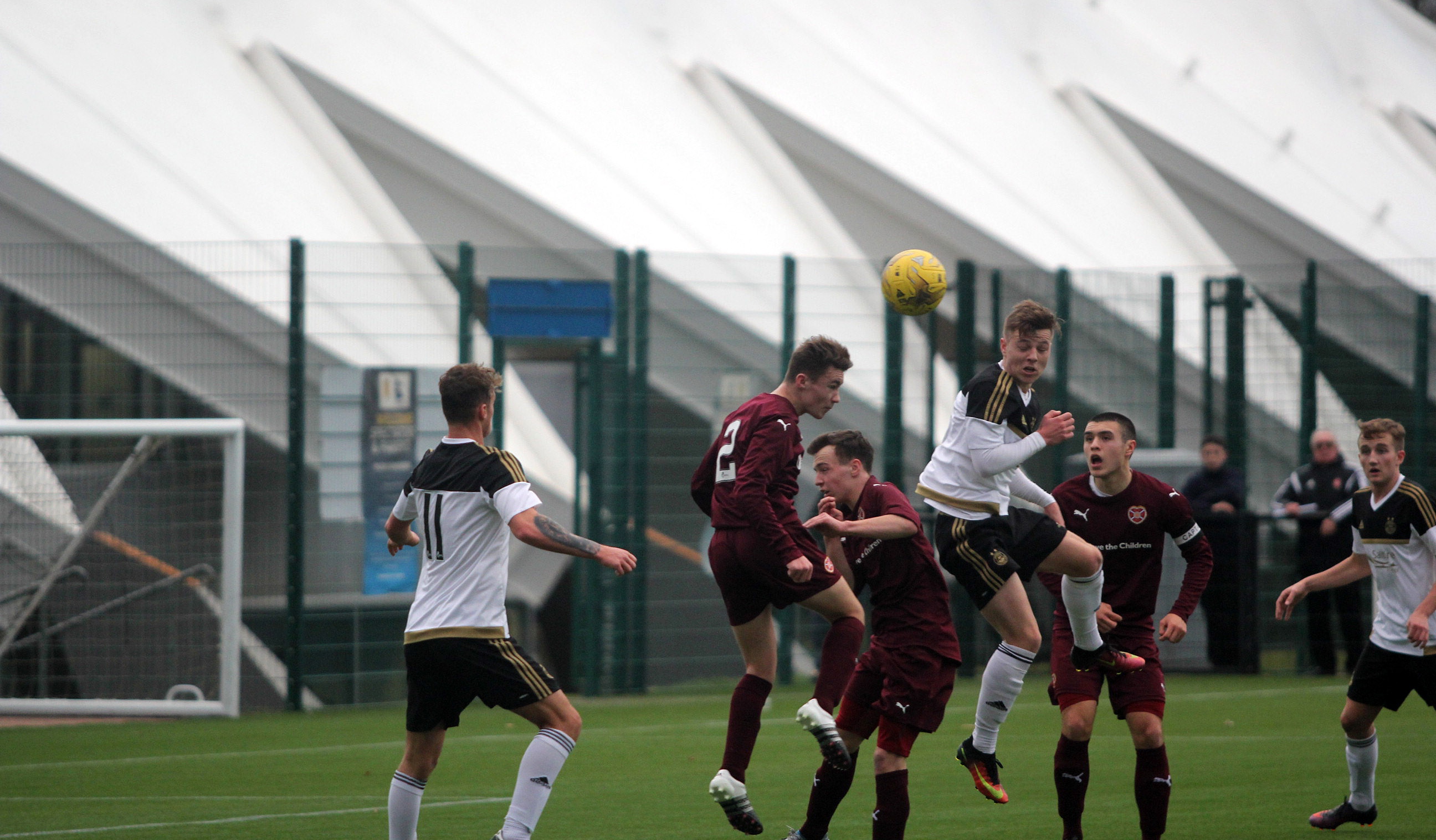 Aberdeen’s Under 20s travelled to the capital for the League meeting with Hearts looking to bounce back from some indifferent results in recent weeks. Like the Dons, the Tynecastle second string are out of the Youth Cup while in the League they have drawn two and lost three in their last five matches.

The Dons lined up with Mutch in goal and a back four of Omolokun, MacPherson, Roscoe and Robertson. The midfield was Thomas and Norris in the middle with Wright and Ross wide while Anderson and McLennan were up top.

The visitors were first to threaten after only two minutes when Scott Wright latched on to a short back pass but he was forced wide before cutting the ball back for Connor McLennan whose shot was blocked by the retreating defence.

However McLennan was not to be denied on six minutes when he latched on to a fine cross from Sam Robertson to rifle the ball past a helpless Mason in the Hearts goal. A great start from the Dons who were starting to dominate their young opponents.

On ten minutes a superb marauding run down the left by Robertson created an opening for Bruce Anderson but he couldn’t get a good connection on the ball and the opportunity was passed up.

Hearts tried to get a foothold in the game but the Aberdeen defence was looking very solid with Sam Roscoe in fine form.

Brilliant pressing play by Dylan Thomas saw him win the ball in midfield before slipping the perfect ball through to Bruce Anderson who slotted the ball past Mason to make it 2-0 – a scoreline which did not flatter the Dons as they were well in control.

Another fine break by Robertson saw him feed the ball into the path of McLennan but on this occasion Mason produced a fine save to deny the Dons striker. The keeper did even better on 40 minutes to stop Anderson adding to his tally after good work by Scott Wright.

Hearts managed to get their first effort on goal a minute before the break but Mutch wasn’t troubled by Irving’s shot.

Two minutes into the second period a slack passback almost created an opening for the Dons but Frank Ross was not able to capitalise.

Connor McLennan was causing the Jambos lots of problems and he came close on a couple of occasions as the Dons pushed for a third goal which would surely take the game out of the reach of the home side.

A good burst forward by Hearts right back Sandison almost opened up the Aberdeen defence but Kesi Omolokun was alert to the danger and cleared before the home side could threaten Mutch’s goal.

At the other end Omolokun was just too high with a header after Ross’s corner, a flag kick which came after Mason had tipped McLennan’s header wide.

Hearts made a switch on 69 minutes as Moore replaced Cochrane and the change sparked a brief spell of pressure from the homesters with Leonard having a couple of efforts on goal.

Chris Antoniazzi took over from Aaron Norris on 82 minutes while Smith replaced Paton in the home ranks. A minute later a superb break from Seb Ross saw him burst into the box before picking out Wright with a cute back heel. Unfortunately Scott took an extra touch and the Hearts defence was able to block.

A final change for the Dons saw David Dangana come on for McLennan just before Hamilton was cautioned for a tug on the shirt of Scott wright – the only booking of a very sporting match.

Delight for the Dons getting back to winning ways and also achieving only their second league clean sheet of the season – a good day’s work all round.