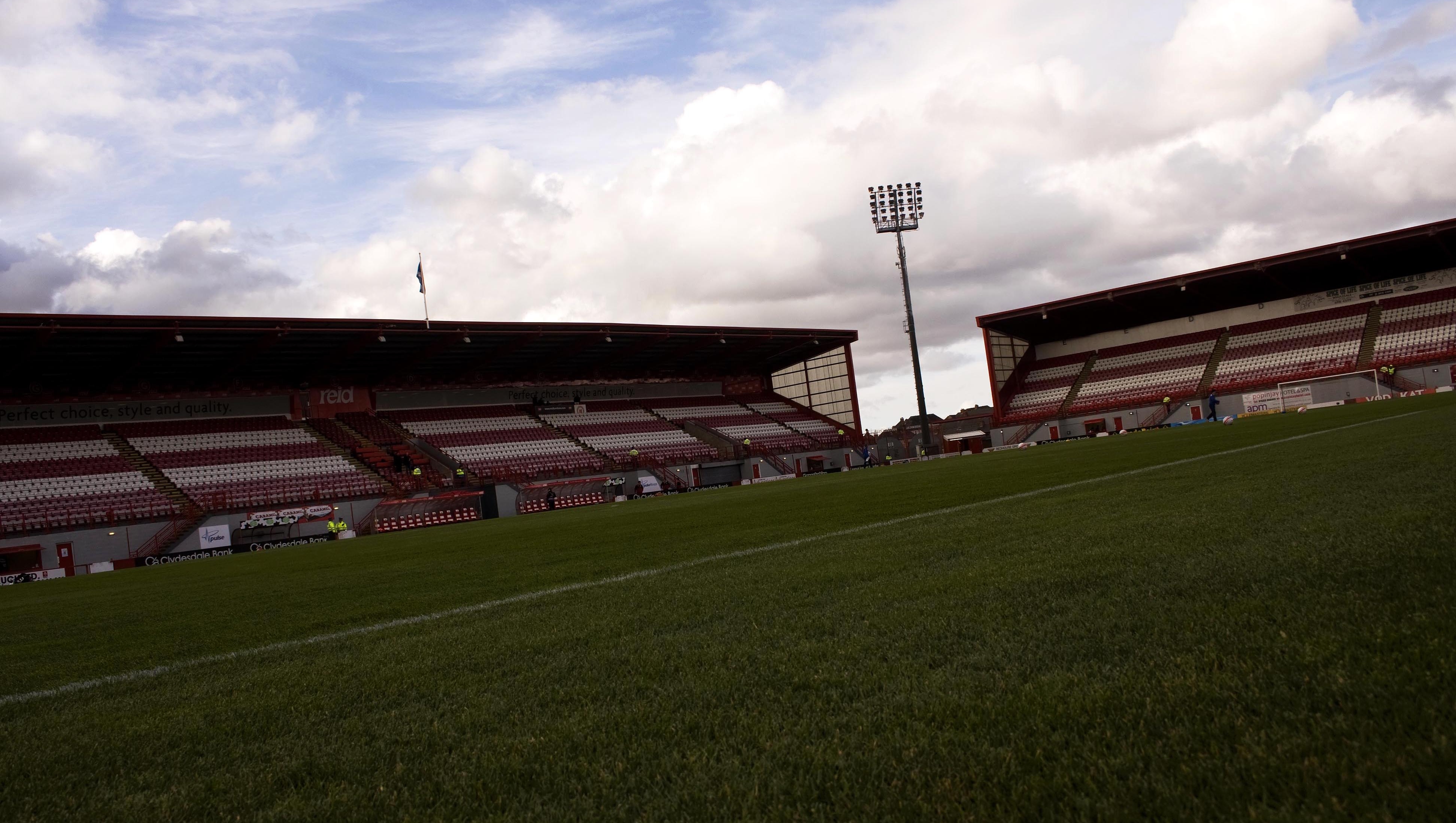 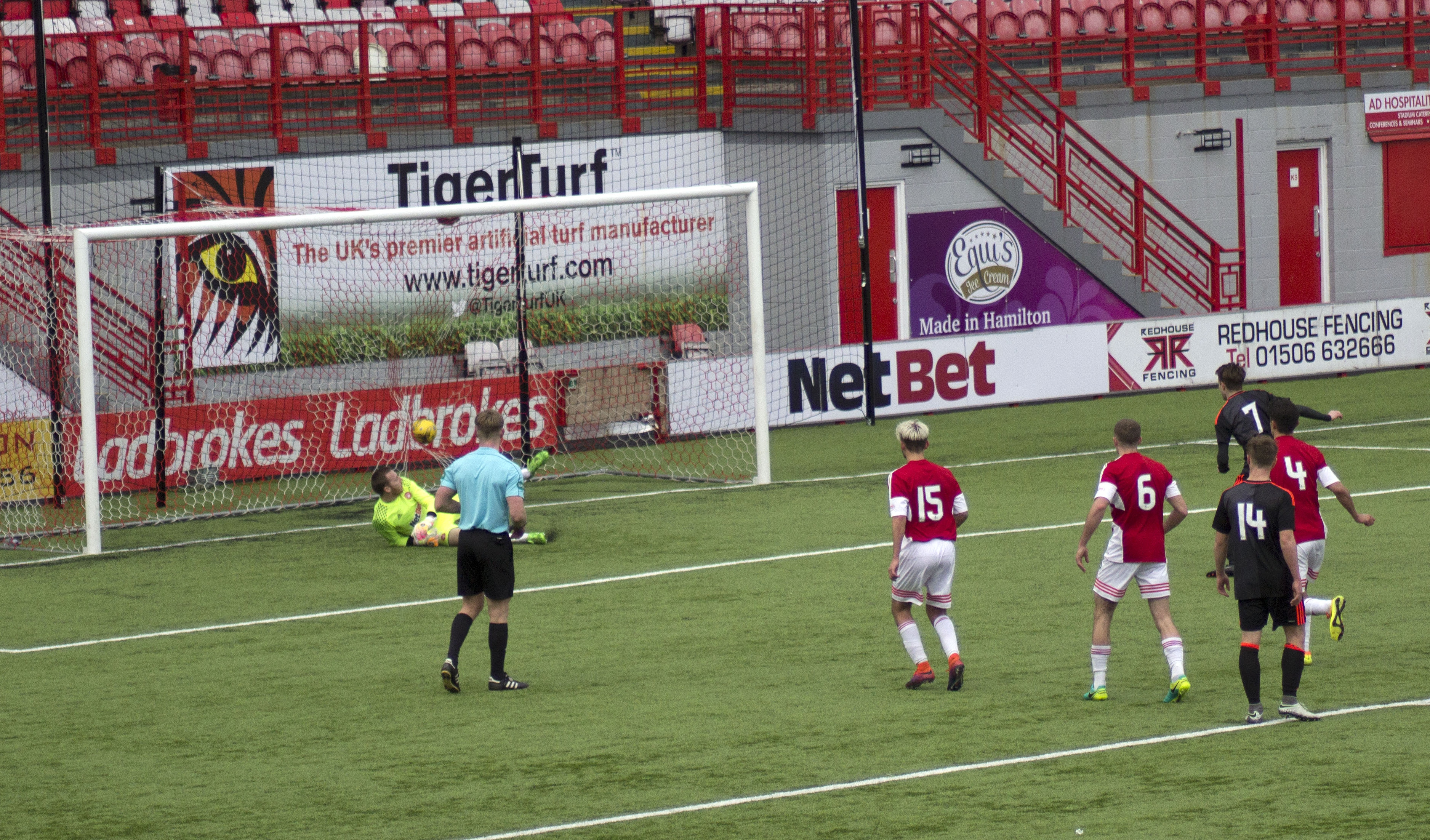 Hamilton’s SuperSeal Stadium saw its third visit in under a week from an Aberdeen side as the Under20s were on Development League duty, the first team and Under 17s having visited over the previous seven days.

Paul Sheerin’s side lined up with the experienced Neil Alexander in goal behind Joe MacPherson, Harlain Mbayo, Sam Roscoe and Toby Wells. Seb Ross, Jamie Henry and Frank Ross were in the middle of the park with Scott Wright and Chris Antoniazzi supporting main striker Connor McLennan.

With Hamilton currently lying in third place in the Development League this was going to be a stern test for the young Dons but they will have taken confidence from having won the reverse fixture in October by four goals to one.

The opening ten minutes of the game were evenly contested with both sides bedding into the game. Accies creates the first opening with a snap shot from Tierney testing Alexander in the visitors’ goal.

Solid defending by Mbayo prevented Boyd getting a shot on target as the home side made a swift foray forward.
A lovely ball forward from Joe MacPherson found Seb Ross racing towards the Hamilton area but Watson did just enough to stop the youngster from Inverurie getting a shot on goal.

Accies took the lead in the twentieth minute when Tierney took advantage of Sam Roscoe slipping on the artificial surface to race through and round Alexander before slipping the ball into the net.

Hamilton had a chance to increase their advantage on 26 minutes when they won a free kick on the edge of the box but Cunningham’s shot posed no problems for Alexander.

Seb Ross was forced off after taking a head knock and was replaced by Dylan Thomas in the 32nd minute.
Hamilton were awarded a very soft penalty on 36 minutes when Wells was adjudged to have fouled Tierney, the full back getting a yellow card from referee King. Tierney sent Alexander the wrong way with the spot kick to make it 2-0 to the Accies.

The Dons were struggling to have any impact in Hamilton’s final third with Connor McLennan being well marshalled by the home rearguard.

Two minutes before the break a magnificent run by Scott Wright saw him beat four men as he raced towards the area but his fine left foot shot crashed off the post to safety with Jamieson beaten all ends up. Had it gone in, it would have been a contender for goal of the season.

A disappointing first half for the Dons whose best effort was that stunning hot from Scott Wright but the woodwork denied the striker an eleventh goal of the season.

Skipper Want should have made it three for the home side on 48 minutes but his free header from a right wing corner sailed over the bar.

Steven Boyd was the game’s second booking on 53 minutes after a tug on the shirt of Scott Wright. Frank Ross tried to catch keeper Jamieson out at his near post with the free kick but the former Livingston stopper was alert and made a good save.

Paul Sheerin made a double switch on 56 minutes, Dangana and Anderson coming on for McLennan and Henry.
A great save from Alexander prevented Tierney notching his hat trick after the striker had been played in by Kelly. On 63 minutes Gogic was booked for failing to retreat at a Dons free kick. Accies made a double substitution a minute later, Breslin and Watson the men off with Jamie Boyd and Ferguson coming into the action.

Good battling play from Bruce Anderson saw him find space for a shot from the edge of the box but his powerful effort flew wide of the target. The striker was in the thick of the action again a few minutes later when he latched on to a sliced clearance from the keeper but he dragged his shot wide.

Frank Ross picked up a booking on 72 minutes after one foul too many according to referee King whose decisions were baffling both sets of players at times.

The Dons were battling hard but finding Accies a very tough nut to crack.

A flare up between Mbayo and Quitongo saw the Hamilton man booked on 83 minutes after he appeared to lash out at the Dons centre back. A minute later Harlain won the Dons a penalty when he was pulled down by Gogic after a corner. Scott Wright made no mistake from 12 yards to throw the Dons a late lifeline.

Three minutes later it was all square after a magnificent sweeping move from one end of the park to the other saw Joe MacPherson’s cross fall for Chris Antoniazzi to hook a superb shot past the despairing Jamieson.

However Accies had the final say and Gogic headed Steven Boyd’s free kick past Alexander to stun the Dons. Smith took the place of Cunningham as Accies ran the clock down then Mbayo was booked for a foul on Tierney.

Time ran out for the Dons as they chased an equaliser and Accies ran out winners after a well contested game. A much better second half from the Dons but it wasn’t to be as the home side picked up all three points after a frantic finale to the match.