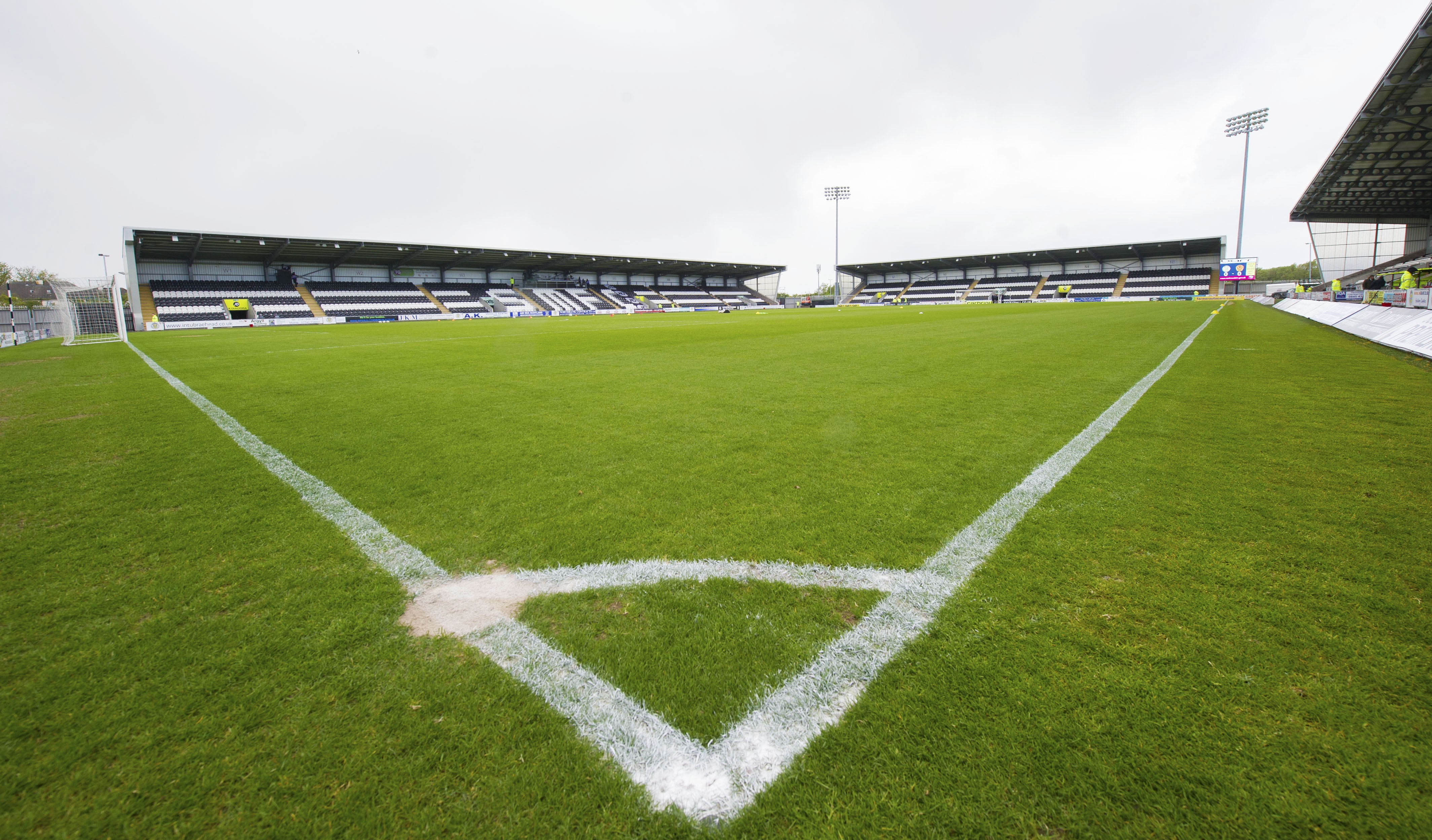 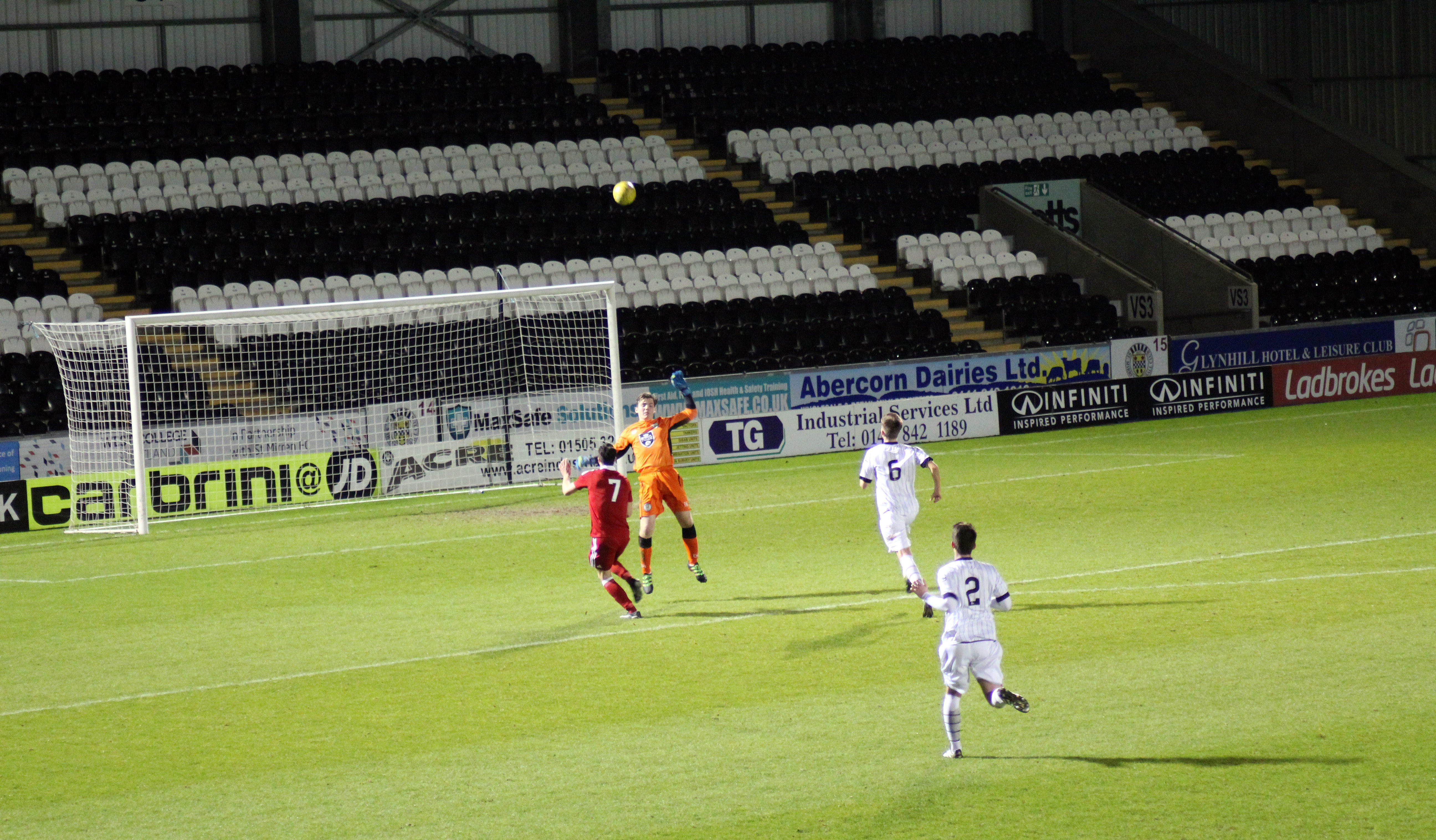 The young Dons travelled to Paisley to kick off their 2017 fixtures in the Development League looking to bring more consistency to both their performances and results compared with the first half of the season.

Paul Sheerin’s team lined up with Robbie Mutch in goal behind a back four of Sam Robertson, Harlain M’Bayo making his first appearance of the season, Sam Roscoe and Toby Wells. In front of them were Aaron Norris,
Dylan Thomas, Seb Ross and Connor McLennan with Bruce Anderson tucked in behind David Dangana.
Saints had ex Don Kalvin Orsi leading the line while the evergreen Jamie Langfield was sub keeper. The Dons created the first chance in the fifth minute when Thomas slipped a cute ball through for Dangana but keeper Henry reacted quickly to smother at the striker’s feet. Veteran hitman David Clarkson had the Buddies’ first effort on goal but his shot went high and wide.

On nine minutes the Saints striker came within a whisker of opening the scoring, his left foot shot slipping inches wide of Mutch’s goal after good midfield work from Todd.

The thirteenth minute proved to be unlucky for the home side as the Dons took the lead. Great work from Dylan Thomas saw him play the ball through for Connor McLennan who showed a great touch as he lobbed henry from 20 yards. A quality goal from the visitors who gained confidence from this moment of magic and started to stamp their authority on the game.

However Robbie Mutch was called into action on 19 minutes diving full length to his left to parry a fierce drive from Orsi. From the resulting corner the big keeper produced another fine stop to deny Clarkson.

A fine Norris cross almost produced a chance for McLennan but a fortuitous ricochet saw the ball end up safely in the arms of Henry.

Both sides were going at it hammer and tongs and relishing being back in action after the winter break.

On 28 minutes Josh Todd found space to fire in a fine cross from the right and McLear at the far post will have been disappointed not to force a save from Mutch as he headed wide.

In the 33rd minute it was all square again when a deep Clarkson cross from the right found MacPherson unmarked at the far post and the Saints skipper made no mistake blasting the ball past Mutch from eight yards.
McBrearty was booked on 37 minutes for a foul on McLennan – a rather harsh decision given it was his first foul of the game.

The Dons nearly regained the lead a minute later but Anderson couldn’t capitalise after Henry flapped at a Thomas corner from the left.

Four minutes from the break Conor McBrearty fired the Buddies ahead when he fired home from six yards after a scramble in the Dons box. Pleas from the visitors for offside fell on deaf ears.

Half time St Mirren 2 Aberdeen 1 – a scoreline which was rather harsh on the Dons after an even and hard fought opening 45.

Neither coach made any changes at the interval. Following an early corner, Harlain M’Bayo went down clutching his ankle but the centre back was able to resume after receiving treatment. The big man certainly doesn’t want to spend any further time on the sidelines after having waited so long to play this season.

Clarkson was pulling all the strings for the home side and he very nearly set McLeary free but the Dons defence stood firm.

A nice turn in the box from McLennan saw him engineer space for a left foot effort but his curling shot was just wide. The Dons drew level on 61 minutes when Seb Ross drilled the ball home after Henry had made a superb block from a deflected McLennan shot. The goal was slightly against the run of play but the men in red weren’t complaining!

It was nearly 3-2 for the Dons four minutes later when Ross picked out McLennan with a superb crossfield ball. The big striker went on a mazy run beating three defenders before firing narrowly wide. Henry then had to make a great save diving to his right to thwart a powerful shot from Aaron Norris. Great play from the Dons.

McLear had a dig from distance for the home side after latching on to a mishit Mutch clearance but his shot was off target.

On 70 minutes Saints skipper MacPherson was the second man to be cautioned after a reckless challenge in midfield.

Lewis Hutchison replaced the hard working Bruce Anderson after 71 minutes. With just under 20 minutes left it really was anyone’s game.

M’Bayo was booked in the 76th minute for handball. Orsi came off to be replaced by Breadner. Mutch produced another fine save to tip a stinging free kick from McLear over the bar. Sam Robertson became the game’s fourth booking after a trip on McLear as the winger tried to burst into the box.

M’Bayo was replaced in the 81st minute by Joe MacPherson. There had been understandable signs of rustiness from the big centre back but it had been a solid display and Harlain will be delighted simply to be back playing.

A lovely reverse ball from the impressive McLennan gave Dangana a sight of goal but he elected to pass instead of shoot and the ball was cleared by the home defence for a fruitless corner.

Fjelde deserted his defensive post to try his luck from twenty yards after receiving a pass from Clarkson but his shot was well wide.

Heading into stoppage time the Dons won a free kick twenty five yards out and Toby Wells flighted a perfect ball in for Dangana to head into the net from the corner of the six yard box. What a great fightback from the Aberdeen!