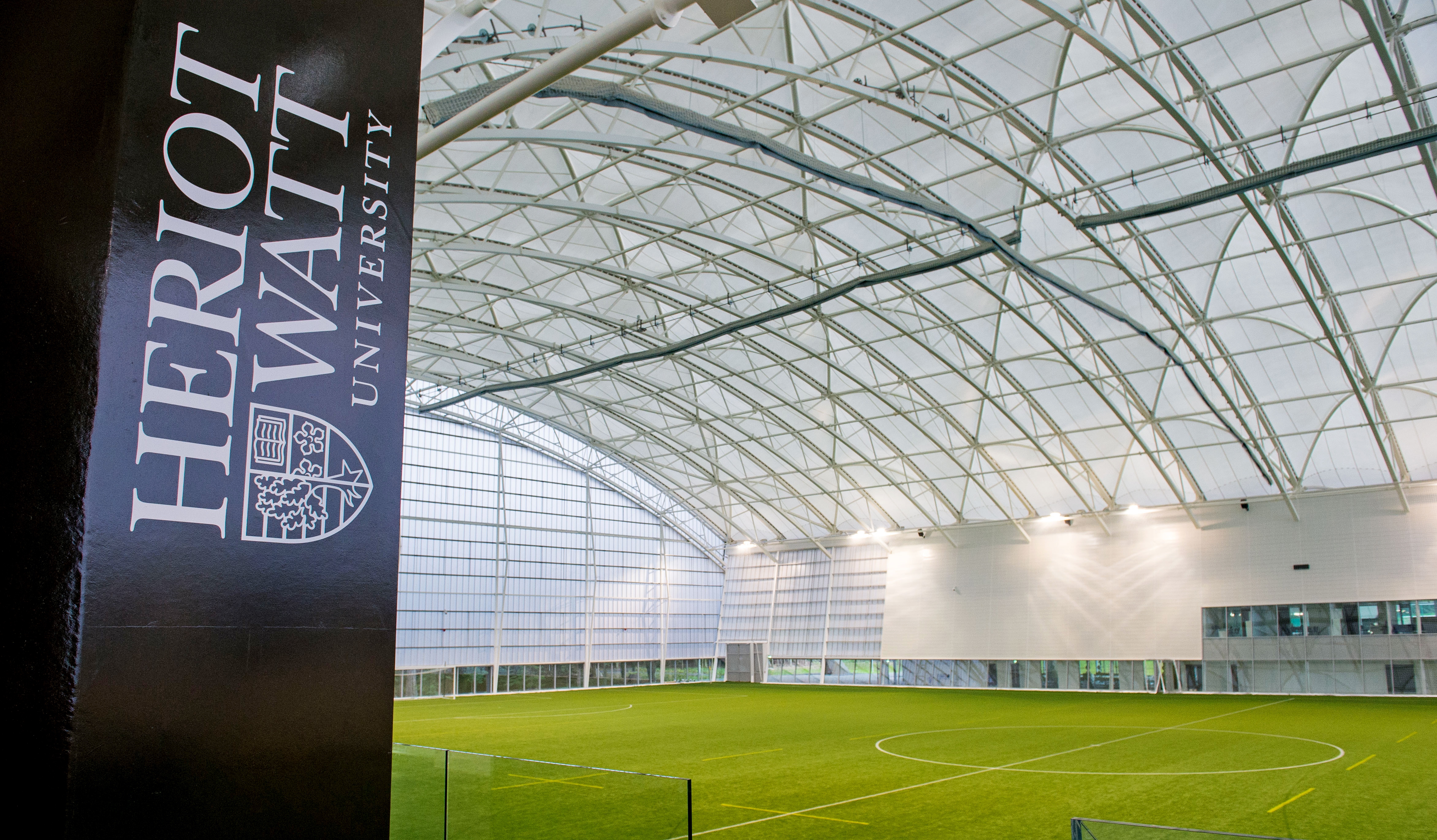 U20s | Dons lose in the capital

Aberdeen U20s went down to a narrow defeat against Hearts in Edinburgh this afternoon and so ended their recent winning run. For the third week in a row, Aberdeen fielded an all U20 team whilst Hearts had a number of experienced players. It was a very tight game and Paul Sheerin’s side can consider themselves very unlucky to lose as a couple of close and important decisions went against them in the first half. 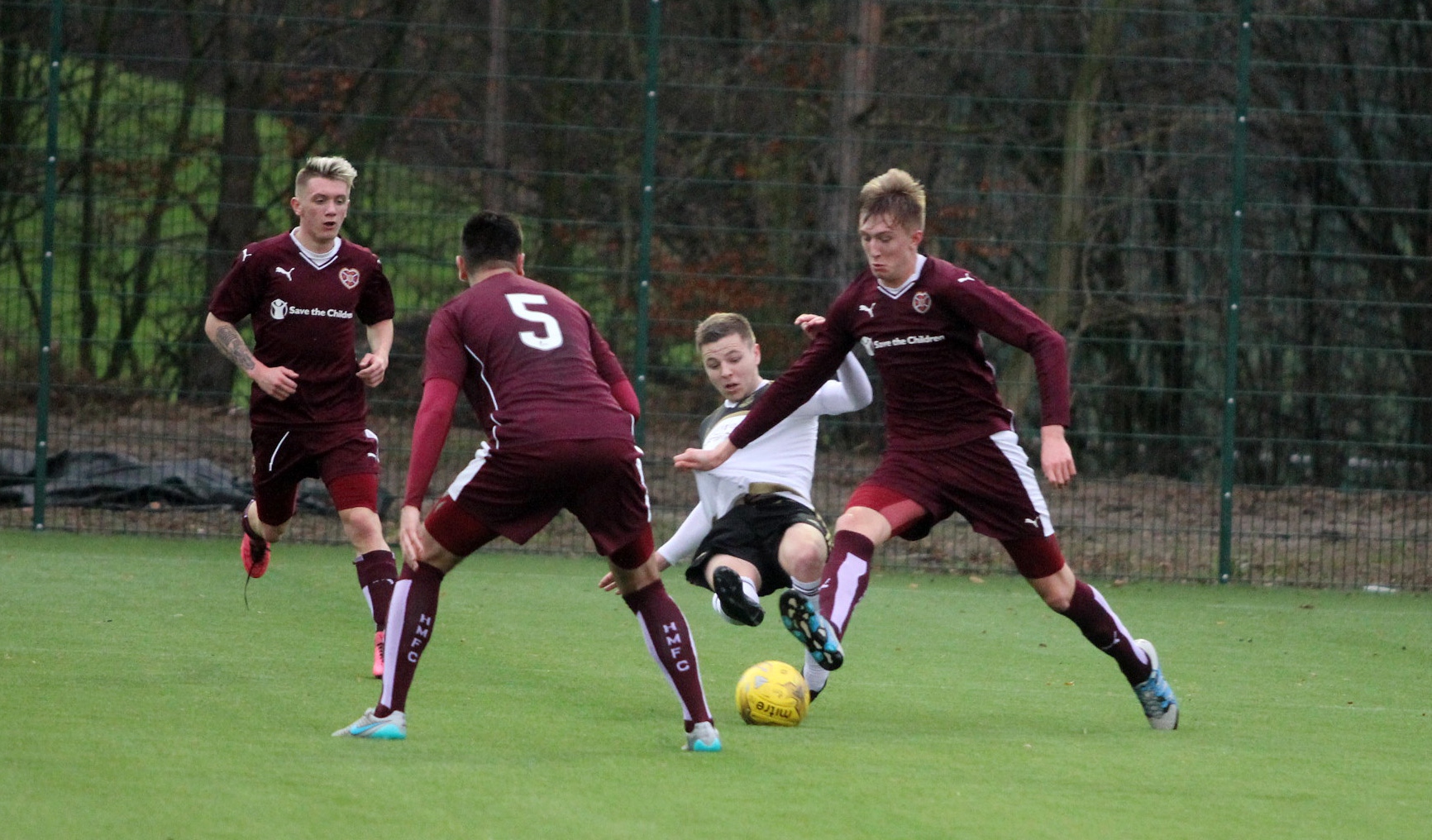 Aberdeen U20s went down to a narrow defeat against Hearts in Edinburgh this afternoon and so ended their recent winning run. For the third week in a row, Aberdeen fielded an all U20 team whilst Hearts had a number of experienced players. It was a very tight game and Paul Sheerin’s side can consider themselves very unlucky to lose as a couple of close and important decisions went against them in the first half.

Aberdeen lined up with Craddock in goal and a back four of Henry, Culjak, McKenna and Harvie. Thomas and Storie were in the middle of the park with Norris and Wright out wide, while Ross played the role in behind Anderson up front. Nuttall, Orsi, Lambert, Rennie and Mutch were all still on the sidelines. Hearts fielded Hamilton, Ozturk, King, Zanatta and Swanson in their XI.

Playing with a great deal of confidence, the Dons started the game very strongly on the artificial surface at Hearts’ impressive training ground. In the second minute, McKenna headed a corner just over the bar from close range. The skipper attacked the ball well, but could not keep his effort down.

Aberdeen were by far the better team in the opening period and went close on a couple of occasions. An Anderson snap shot from the edge of the area had to be pushed behind by the keeper whilst a shot from Ross also forced a diving stop.

On 20 minutes, the first real attack from the home side almost led to a goal. Centre-forward Zanatta got in between two Dons defenders before he lifted the ball over the onrushing Craddock but his shot landed on the roof of the net.

A minute later, Dylan Thomas was booked. There were a lot of challenges flying in early on as both teams showed great commitment.

From a free-kick on 25 minutes, Daniel Harvie did extremely well at back post. He got up high and knocked the ball back across the six yard box but frustratingly, no-one could get a touch. The Dons then won a couple of corners and from the second one, the ball struck the arm of Robbie Buchannan. The Hearts captain was a bit unlucky as the ball took an awkward bounce on the plastic pitch, but he was penalised nonetheless. Craig Storie made no mistake from the spot for his fifth goal in three games.

Two minutes later, Hearts drew level as Zanatta pulled free on the left of the area and dragged a low shot beyond Craddock, a fine finish. Then, on 31 minutes, Hearts nearly took the lead as Billy King cut in from the left and fired a shot into the side netting.

On 37 minutes Jamie Henry was booked to Aberdeen’s annoyance as Hearts had made a number of similar challenges which went unpunished, players finding that inconsistency frustrating. A minute later, Scott Wright produced a great bit of play to beat several players. Bruce Anderson made a great run in behind the defence which Wright spotted and produced a really good early finish across the keeper but unfortunately, the linesman raised his flag on what looked a very close call.

On 42 minutes, Hearts were given an extremely soft free-kick 20 yards from goal which Ozturk in off the bar. It was an outstanding finish to give Hearts the lead.

At half-time, Joe McPherson replaced Lukas in central defence after he had picked up a knock. Probably feeling more than a little bit aggrieved, the young Dons came out fighting at the start of the second half but their momentum was halted on 51 minutes when Ozturk scored from another free-kick. The goal was very fortunate as it slipped through keeper David Craddock who appeared to have the have made the save, but then lost the ball. It was a horrible moment for the keeper, who has done very well for the 20s since coming into the side to replace the injured Robbie Mutch. To his credit, David showed very good strength of character to make a couple of very good saves later on.

Paul Sheerin threw on young strikers Dangana and McLennan as the Dons tried to get back into the game. They had spells of pressure but never really troubled the Hearts keeper. On one occasion, Anderson did well to get on the end of a long ball and, with Hamilton out of position, he had an opening but his lofted effort was off target. McLennan then produced a good cross for Norris but he could not quite get on the end of it and a Dangana shot was easily saved.

With a more attacking formation, the Dons did leave themselves more open at the back and Craddock redeemed himself with a good stop at the feet of Zanatta before, with four minutes to go, Zanatta teed up Billy King inside the box. He skipped past his man and forced a fine save from Craddock.