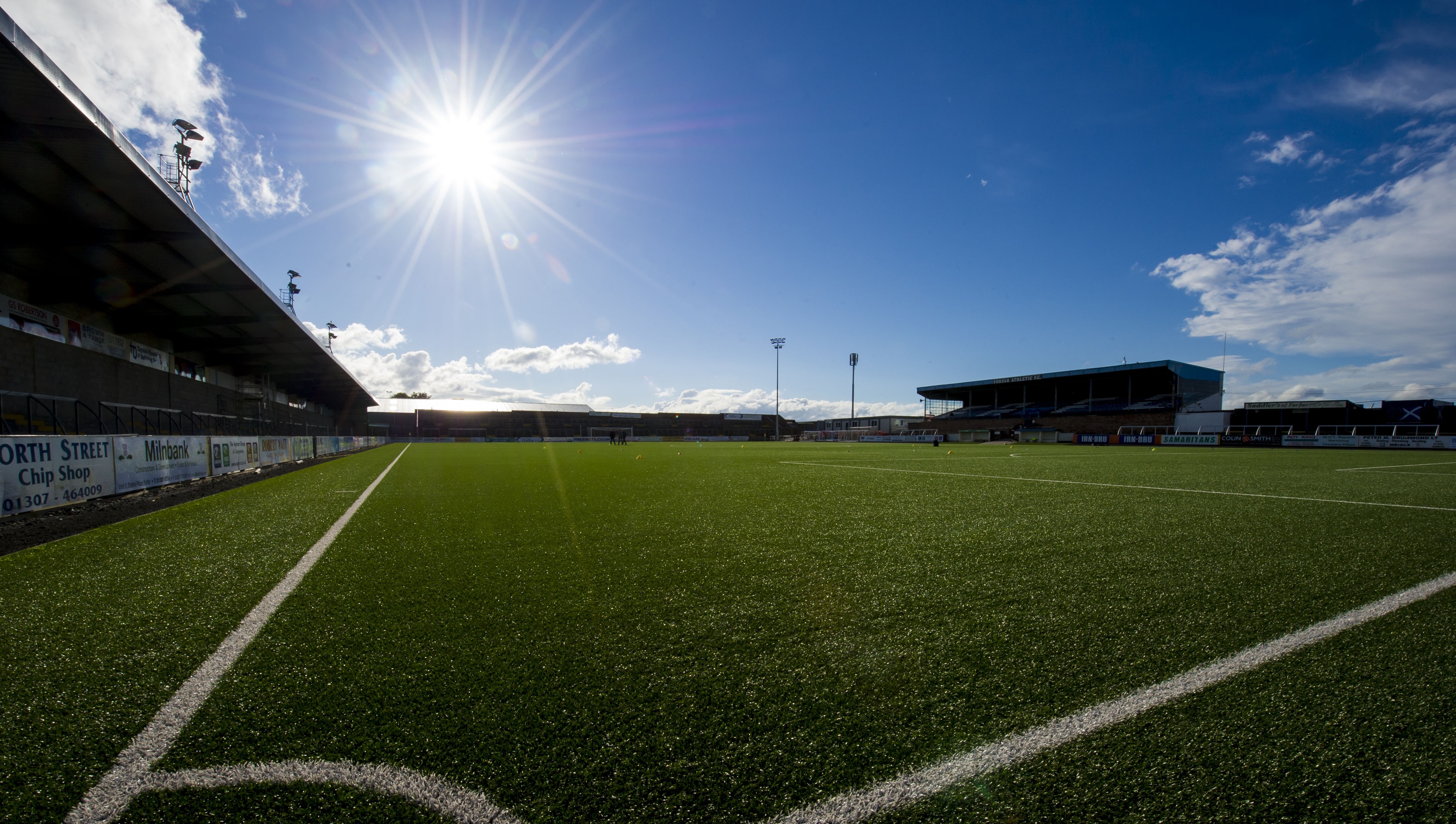 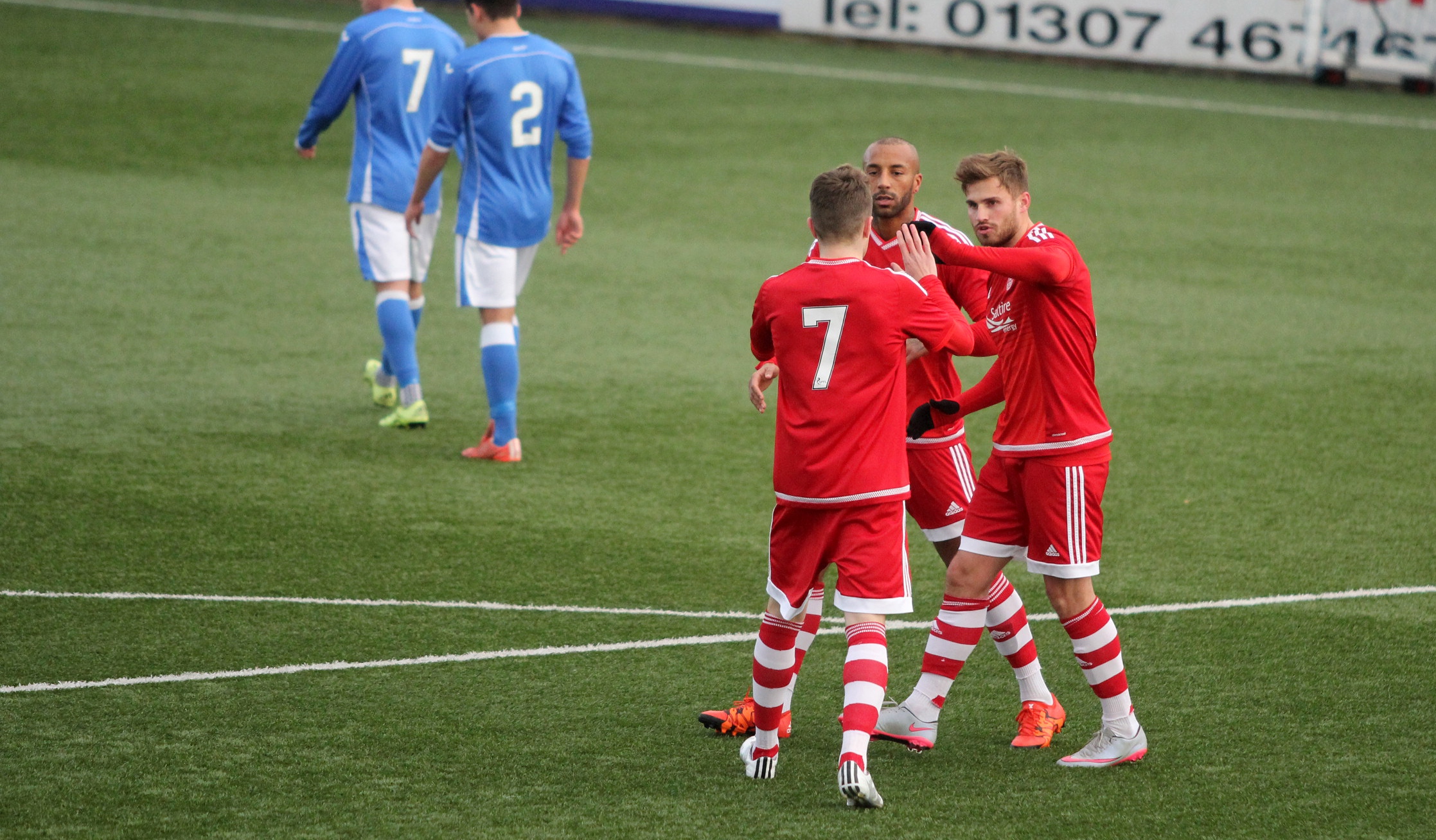 Aberdeen U20s got back to winning ways in the Development League this afternoon as they beat second placed St Johnstone in Forfar. It was not the young Dons greatest performance but having played a very tough game 48 hours before, they showed good fitness levels to see this one out. Aberdeen twice went ahead in the first half through a Goodwillie penalty and a Parker strike but on both occasions the Saints came back to equalise with headers inside the area. The second half was a lot tighter but after the visitors had passed up a great chance to take the lead, the impressive Scott Wright set up Parker who slotted home the winner. Parker’s good movement and finishing was probably the difference between the two sides in the end.

St Johnstone, who are flying high in the Development League this season started the brighter of the two sides and centre forward Greg Kerr had an early chance which he pulled just wide. Just before the 10th minute centre half Jason Kerr blocked a shot from Scott Wright with his arm and the referee immediately pointed to the spot. The shot was from close range but the referee felt his arm was up in the air. David Goodwillie took the penalty and despatched the ball past keeper Ben McKenzie. A couple of minutes later Wright played in Goodwillie who was one on one with the keeper but McKenzie did well to get out quickly and make himself big enough to stop David lifting the ball over him.

On 19 minutes the Saints equalised. A great cross from the overlapping full back was met by Kyle Lander who had a free header and he placed the ball wide of Brown. It was a fine cross and very fine header but the Dons will be disappointed with the amount of room he had in the box. Aberdeen then went back in front on 22 minutes. Dylan Thomas picked the ball up on the half way line. The U19 Welsh international played a one two with Wright before playing a great through ball which released Parker. The pace of Josh took him away from the last defender and the striker then slotted it home.

The Dons lead lasted only about five minutes though as the visitors again scored with a header. From a free kick two Saints players had free headers in the area. The ball was knocked back to Greg Hurst who cleverly headed the ball down into the corner of the net and out of the reach of Brown.

The rest of the half was fairly even with both teams having a few half chances. The Dons best one came from a Scott Wright cross which was met by Frank Ross but he could not direct his header on target. For St Johnstone the pacey McLaren set up Comrie but his shot from outside the area just went wide.

The game was far less open after the break and there were very few chances at either end. Aberdeen were the better team at the start of the half with creating anything of note. On 52 minutes Culjak was booked for a foul just on the edge of the area. The free kick though was deflected past Brown’s goal. The Dons continued to enjoy the territorial advantage but both defences looked a lot more secure in the second period and both teams were working harder to protect their back four. On 65 minutes a major let off for the Dons after a really bad miss. A ball over the top saw Paul Kerr beat the Dons offside trap. He was well clear of the Aberdeen defence but the striker had timed his run perfectly and lineswomen Morag Pirie correctly kept her flag down. With just Scott Brown to beat Kerr very unselfishly rolled the ball sideways to substitute Hunter who had an empty net in front of him and no defender close by. However the youngster could only watch on as his first time shot trickled wide, flicking the post on the way past.

A few minutes later a Parker header from a Wright corner just went past before Storie was booked for pulling back McCall. It was a good foul to make as it stopped a very promising move. Craig had another very encouraging game this afternoon and he looks to be getting back to his best from.

On 71 minutes Aberdeen produced a bit of quality to take the lead. Jamie Henry did well to regain possession on the half way line. He then played the ball to Scott Wright, who looked lively all afternoon and had picked the ball up in some areas. On this occasion Scott produced a fine run before threaded the ball through to Parker and Josh fired home his second. Parker was looking to make those runs throughout the game and his two finishes were the difference between the sides.

Straight after the goal Paul Sheerin freshened things up by putting on Nuttall and Norris for Goodwillie and Ross. On 76 minutes Parker pulled wide and his cross picked out Nuttall but Joe’s shot was straight at the keeper. On 85 minutes Scott Wright produced another great solo run, running directly at the Saints defence. He very nearly got through but the keeper just got a piece of the ball as Scott rounded him. St Johnstone pushed hard for an equaliser but Aberdeen saw out the game fairly comfortably in the end despite a few tired legs.