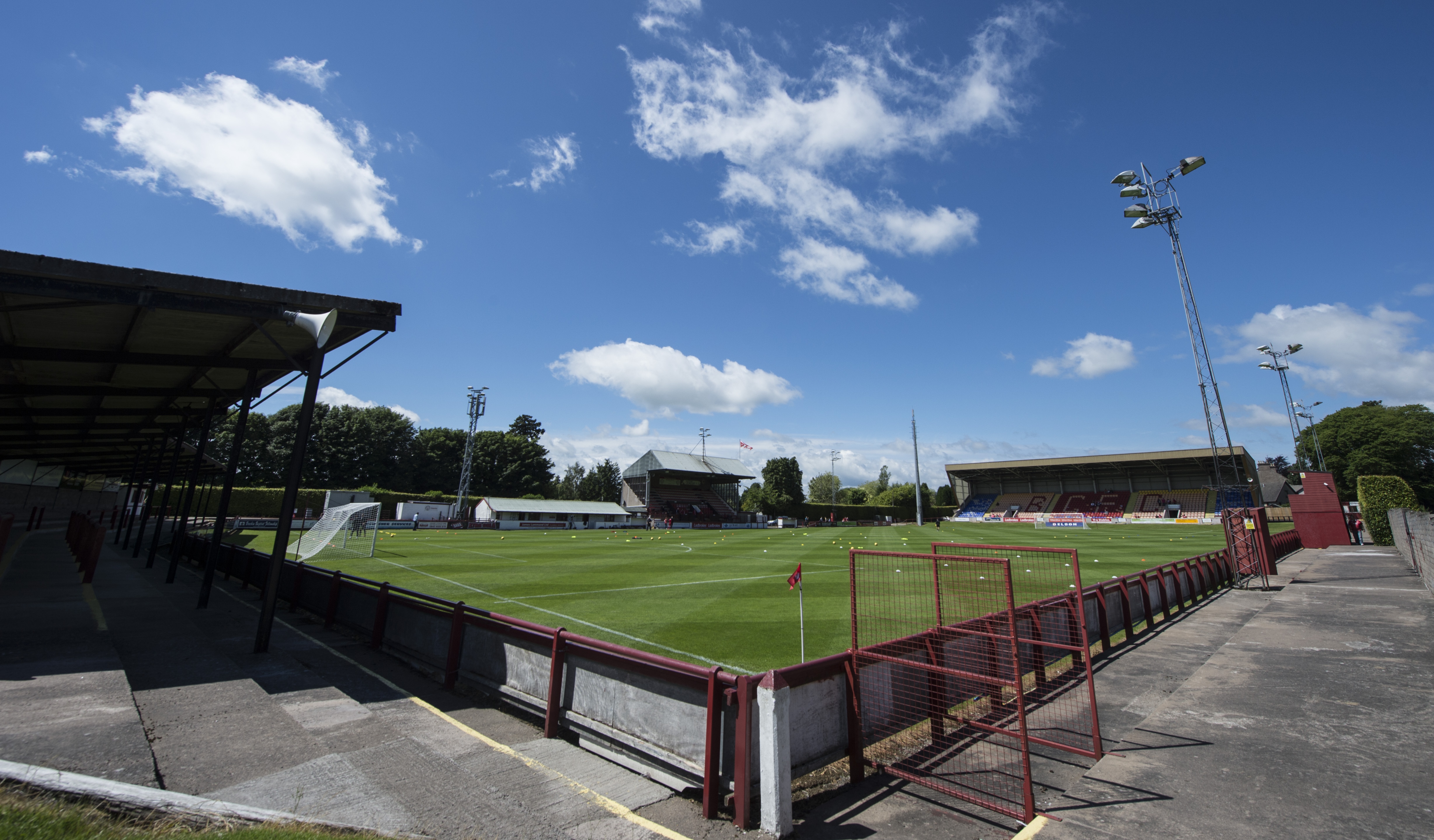 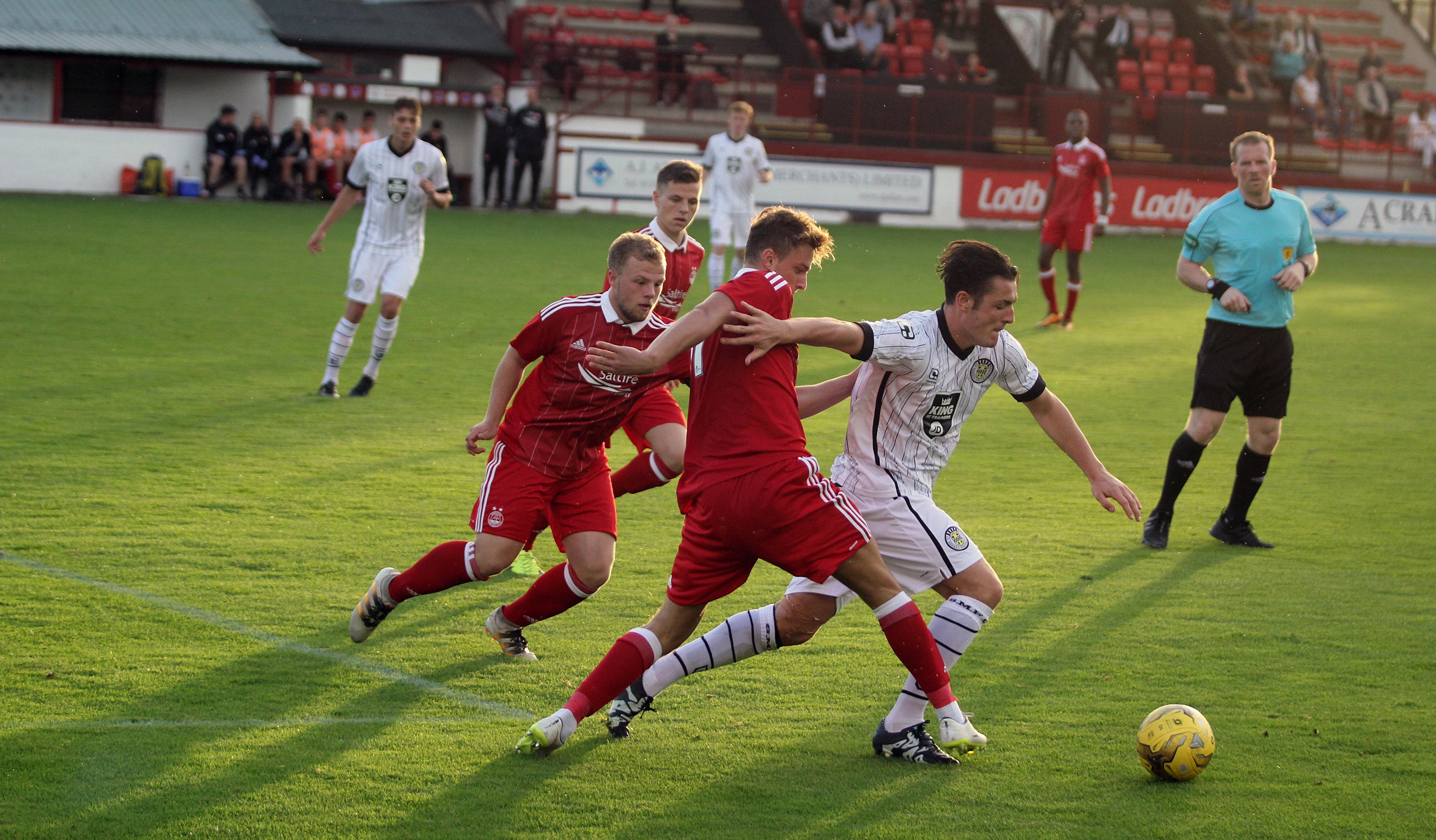 The young Dons looked to notch their first Development League win of the season when they entertained a St Mirren side who have made a flying start to their season with wins over Rangers and Inverness seeing them sit proudly top of the table.

With a number of regulars away on international duty Paul Sheerin was forced to make changes so we lined up with David Craddock in goal behind a back four of Kesi Omolokun, Scott McKenna, Sam Roscoe and Toby Wells. In midfield Scott Wright and Bruce Anderson were in the wide areas with Seb Ross, Dylan Thomas and Aaron Norris in the engine room with Joe Nuttall in the main striking role. Russell Anderson’s son Jevan was among the Dons substitutes.

A familiar face in Kalvin Orsi led the attack for the men from Paisley while Reece Willison, who had a spell at Pittodrie, keeping goal.

The Dons forced an early corner and Kesi Omolokun had an effort on goal but it flew high and wide.  St Mirren forced three corners in quick succession but the Dons defended them well. It was a bright start to the game from both sides, matching the weather at Glebe Park.

The visitors opened the scoring on 12 minutes when O’Keefe in the inside left position got on the end of a long McNaughton free kick from the right and he rifled an angled shot past Craddock into the far corner. Less than sixty seconds later it was 2-0 and once again O’Keefe was heavily involved. The winger fired in an excellent shot with his left foot which crashed off Craddock’s left hand post rebounding off the unfortunate Roscoe and into the net.

The hammer-blow 1-2 left the Dons a little shell shocked but they gradually got their foot on the ball and enjoyed some decent possession without creating anything to worry the visiting defence.

The half hour mark came and went and we had still to see the Dons register a shot on goal, much to the frustration of Paul Sheerin.

A nice free kick from Thomas picked out Nuttall whose shot was saved by the feet of Willison but the flag was up for offside so had the ball gone in it would not have counted.

The experienced Ben Gordon was marshalling his St Mirren defence well and when he broke forward to play Orsi through only an offside flag stopped the former Pittodrie youngster going in for a shot at goal.

It wasn’t a great first half from the Dons and St Mirren were in control as the half time whistle blew.

The Dons were out of the traps quickly in the second half and Thomas’s free kick caused confusion in the visitors box but they held firm and didn’t allow a shot at goal. On 48 minutes a cute ball from Seb Ross saw Nuttall find space in the box but the ball got stuck between his feet and he couldn’t test the keeper.

Full back Stewart was cautioned a minute later for a foul on Scott Wright. The free kick was cleared but then fired back into the box by Wright where McKenna’s header found Roscoe but his shot was well saved by Willison.

Shortly afterwards Stewart came off to be replaced by Barclay.

Saints had weathered the early pressure in the second period well and Flanagan tried his luck from twenty yards but the wide man got too much elevation on the shot.

Back came the Dons and Nuttall wasn’t far off target with a header from Omolokun’s driven cross. Kalvin Orsi was certainly trying to impose himself on the game physically and he was fortunate to escape a booking at least when he appeared to elbow Scott McKenna.

McKenna came close to reducing the deficit when his powerful header from a Thomas corner clipped the top of the bar.

The home side made a double change on 65 minutes withdrawing Nuttall and Wells, throwing on Hutchison and Dangana.

The Dons won a penalty on 68 minutes when Wright was fouled as he burst into the box. The winger should probably have had a penalty earlier in the half. Bruce Anderson made no mistake from the spot to notch his fourth goal in three Development League starts this term. It was game on once again as Saints had not been seen much in attack in the second half.

Substitute Barclay was the second Buddie to be cautioned on 74 minutes after a late challenge on Thomas. As we approached the last quarter of an hour of the game the Dons were in the ascendancy and pushing hard for an equaliser.

Flanagan was next into the book for a foul on Hutchison. The Dons made their final switch bringing on Campbell in place of goal scorer Bruce Anderson with eleven minutes left.

David Dangana almost curled in an unlikely goal when his cross from the left fell just wide of Willison’s far post. In a rare foray into Aberdeen territory Flanagan hit a speculative shot from 25 yards out but it was just too high.

Paul Sheerin threw Scott McKenna into attack as the Dons put everything into their pursuit of an equaliser. We got a late leveller last week, could history repeat itself?

The Dons had a great shout for a penalty when Hutchison tumbled in the area as he chased a McKenna flick on from Dean Campbell long ball but referee Fordyce was having none of it and the linesman who had a perfect view refused to flag.

That proved to the last near thing of an entertaining match. A much better second half showing from the Dons but they gave themselves too much to do after an insipid first period. St Mirren stay top of the Development League with three wins out of three.