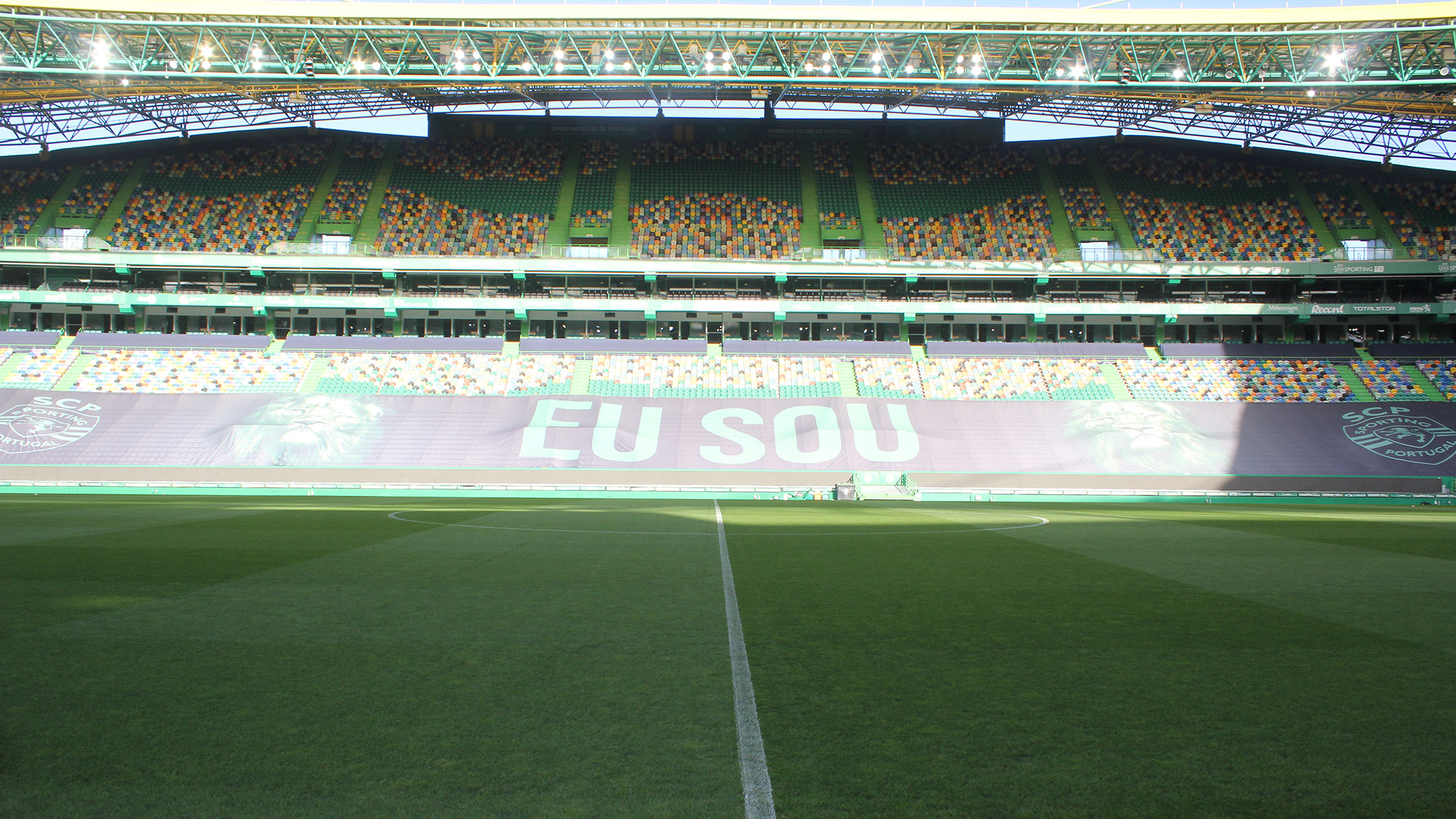 The manager this afternoon spoke to the media via Zoom from the teams hotel in Lisbon. To watch his pre match press conference on RedTV, please click here. 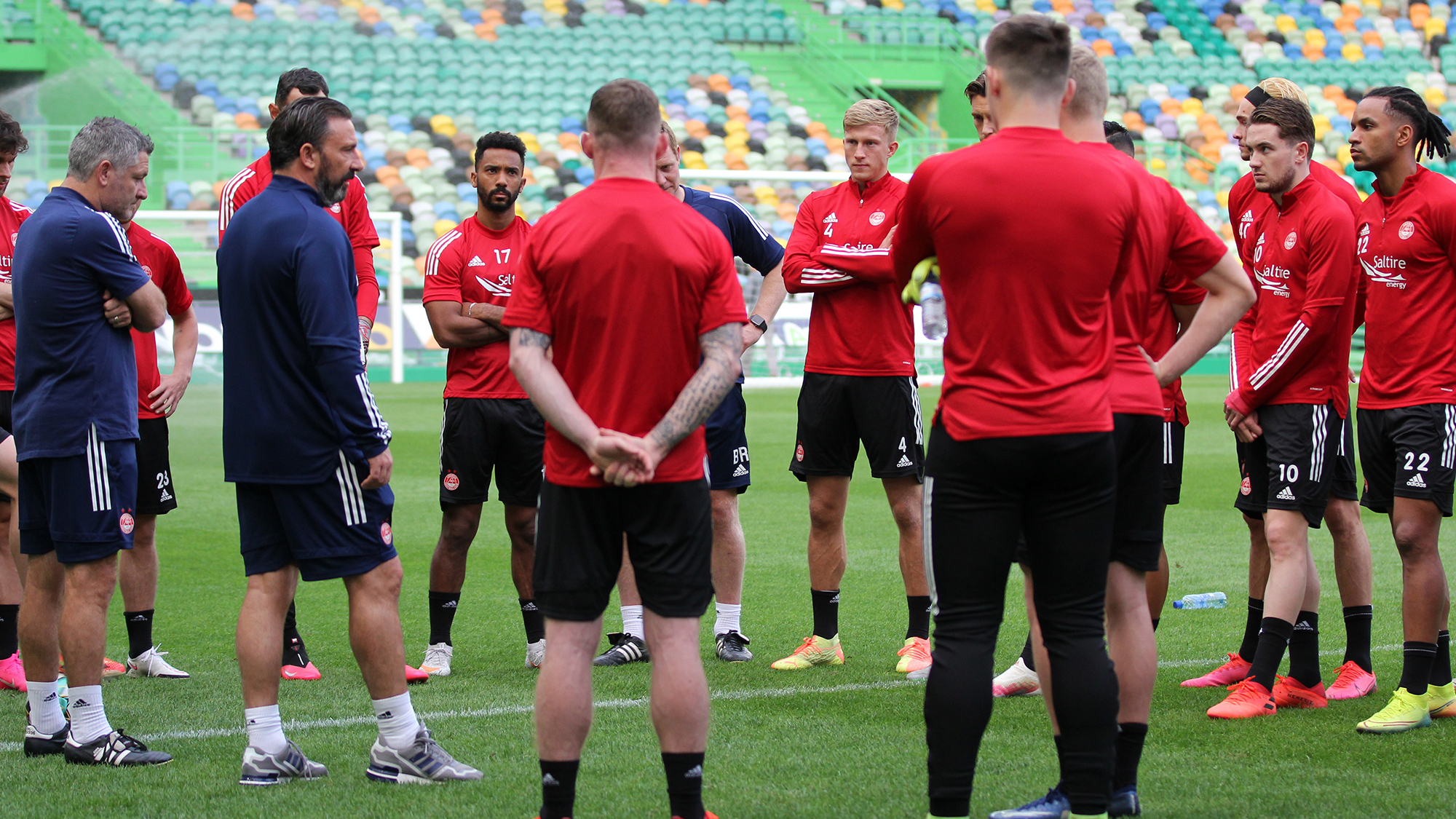 “Playing them is a formidable task for us, no question about it, but the excitement of being here and taking on such a big opponent is the reason we work so hard to try and get into Europe every year, to test ourselves against this quality. They’re obviously firm favourites for the game but we’re relishing that challenge.

“They’ve not played competitively yet and we’re not sure what players are available, so we’ve had to look back and focus on them from last season. The coach went in there in March, there was a change in system from him, but they’ve been pretty consistent in the way they’ve played since then. We’ve managed to look at a couple of pre-season games as well, so that gives us a bit of a handle on things, but the fact they didn’t play last Saturday hasn’t helped us because that would have been a much better guide.

“Our analysis guys have been working hard in the background on looking at their players. It’s not as much information as we would normally have but we feel there’s enough there to give our players the information they need. But in saying all that, you can’t forget your own preparation either, how we want to play, what we want to bring to the game, how we get the balance right on the night and we are as well prepared as we can be in that sense.

“We know that a lot of things will have to go right for us tomorrow if we’re going to win the game. We’re going to have to defend well, have a good level of concentration, have the confidence to be brave in possession and then to try and go and hurt them when we can. Everybody will have to play a hell of a game from first minute to last, but the boys can do that, we’ve seen it from them before. If we can do that, then we’ll see where that takes us on the night. 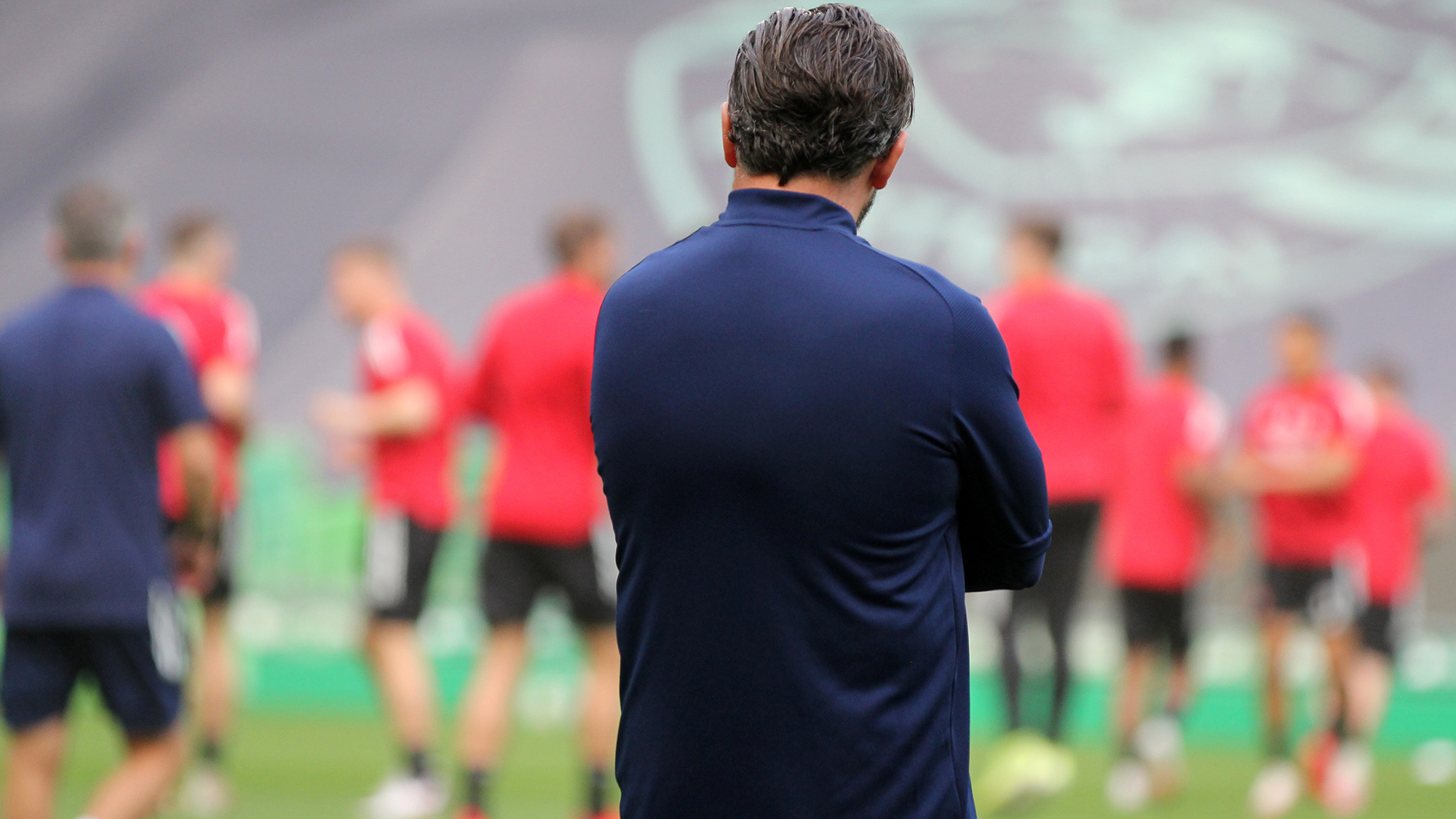 “We’ve been the seeded team in the last two rounds but this season, in this one-off game format, seeding is less important. You only get one chance and we all know how cup football works. On the day, upsets can happen. Over 180 minutes, the seeded team has more time for its quality to come through but in a one-off game, anything can happen and so that has to be a little positive for us because they are a really good club with very good players.

“Looking at the level of player that they have, we think there are similarities to Real Sociedad when we played them, in terms of their technique, the movement, their understanding, their power and pace. They use a different system but in terms of their level, they’re very similar.”

“Unfortunately, young Dean Campbell has broken his second metatarsal on his right foot. He was feeling a bit uncomfortable on it and we had it scanned at the start of the week, so that puts him out for four to six weeks which is a real blow for the boy. Dean aside, we’ve all the players that were available to us on Sunday and we’ll be looking to put on a level of performance that will please the fans watching back home.”

Aberdeen Away European Record Since 1967* 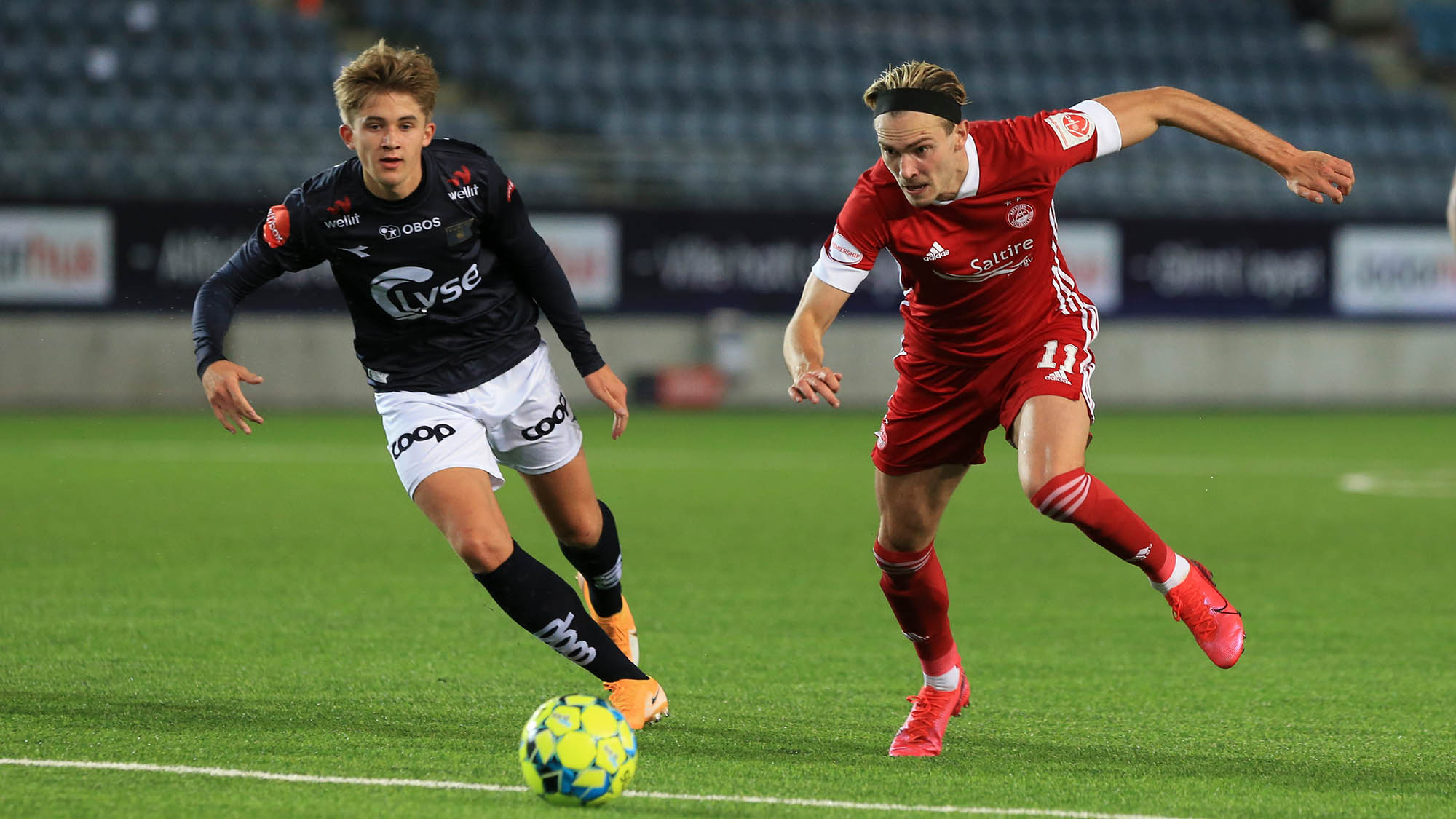 After coming on as a substitute against Viking FK, Shay Logan is now in the Top 10 AFC European Appearance List on 31appearances. If Andy Considine plays in Portugal, he will move onto 39 appearances and into fifth position on the list, level with Stewart McKimmie. 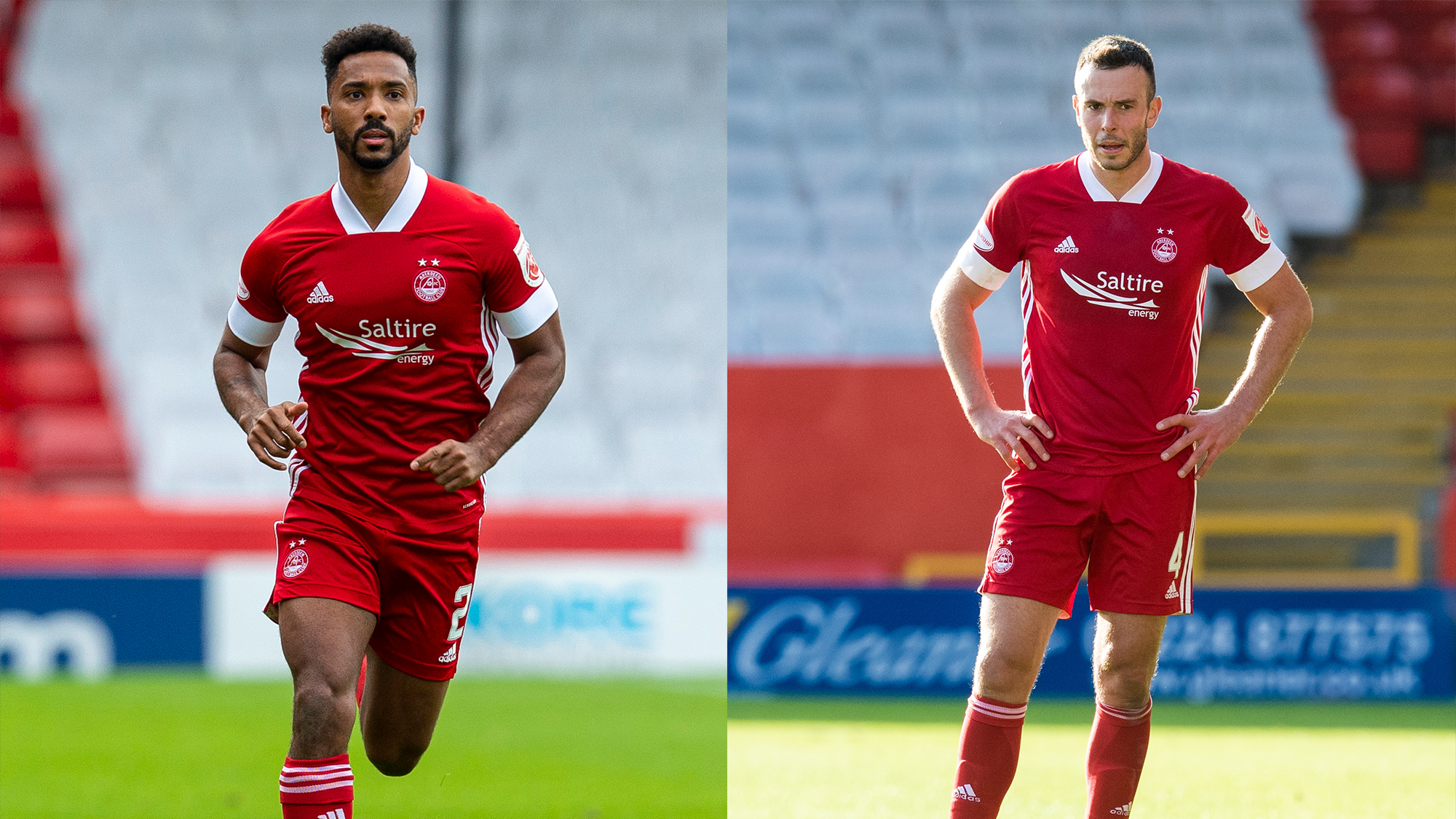 The Dons faced Portuguese opposition was back in 1984 when they took on Porto in the 1984 European Cup Winners Cup semi-final. To read the story of that match, click here. 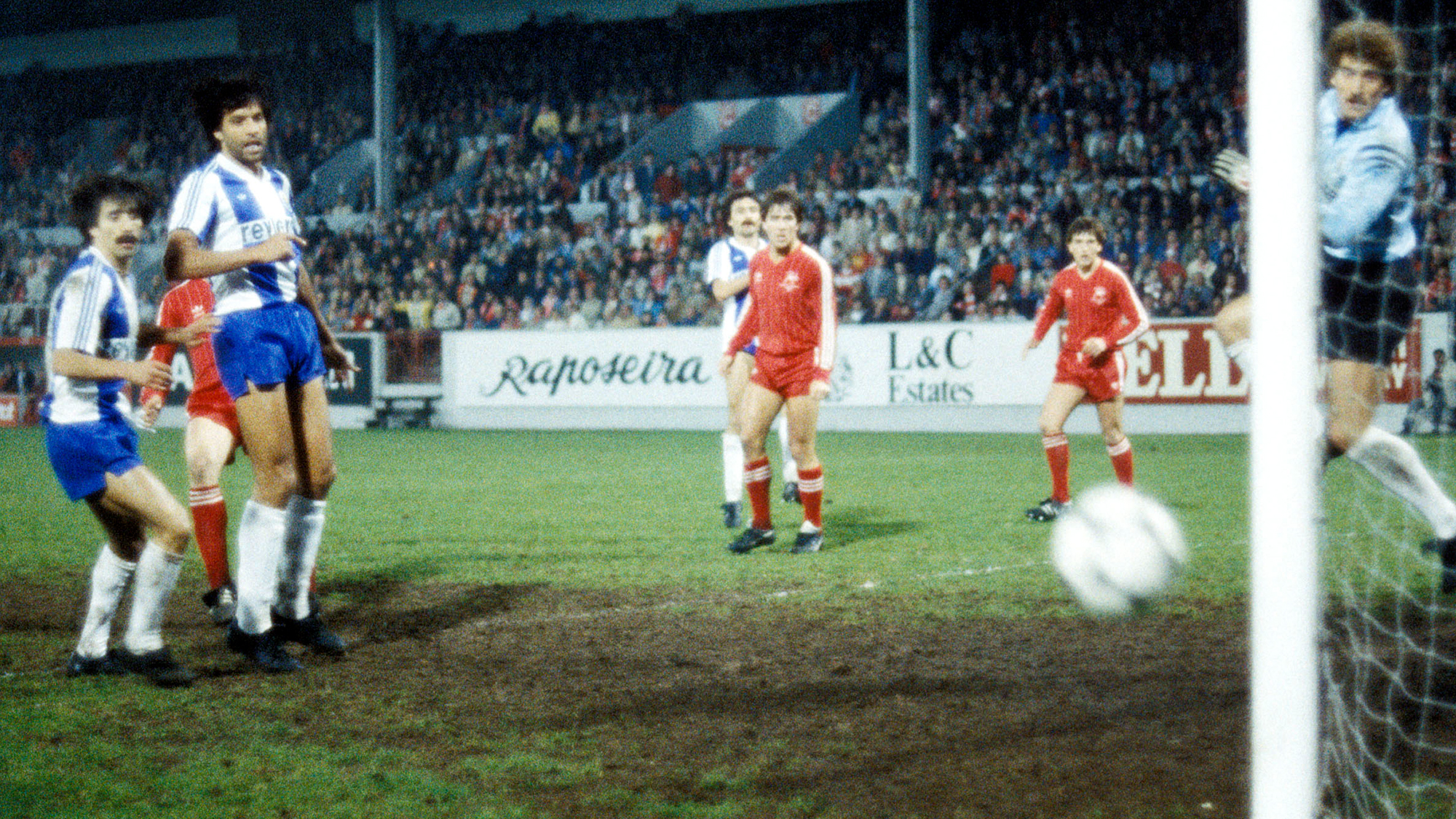 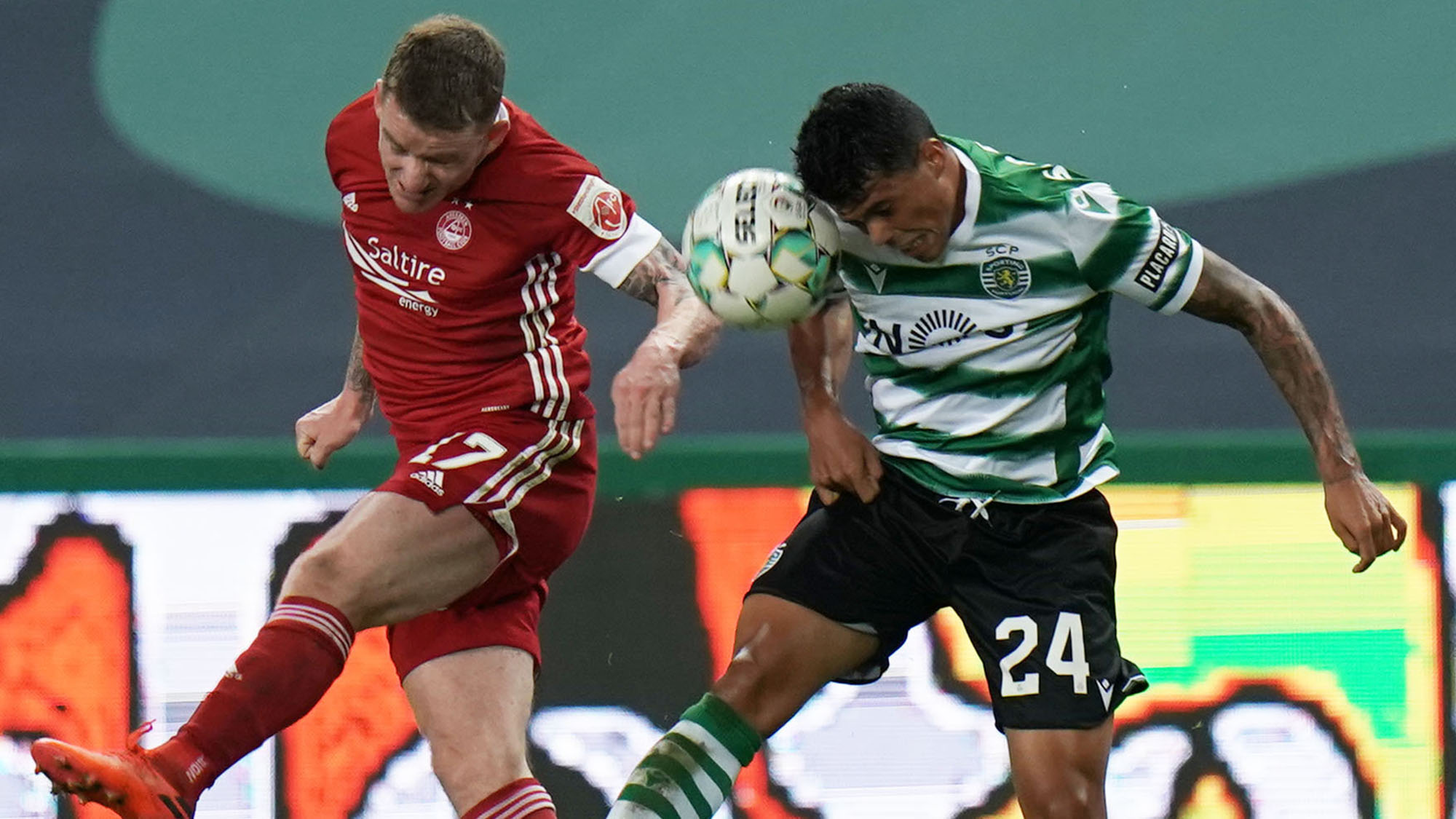 Aberdeen’s hopes of advancing into the Europa League play-offs were frustrated once again, the Dons producing a fine disciplined performance in the Estádio José Alvalade but a strong Sporting side produced that one moment of quality when it mattered to grab the lead.

Following last Sunday’s home defeat against Motherwell, Derek McInnes made three changes to his starting XI for the Europa League visit to Portuguese giants Sporting Lisbon. In came Tommie Hoban, Shay Logan and Dylan McGeouch with Scott Wright, Niall McGinn and Funso Ojo starting on the bench. Bruce Anderson and the injured Dean Campbell dropped out from Sunday’s matchday squad as the bench was trimmed to seven players.

It was the Dons who threatened first, Ross McCrorie making a good interception and playing a sharp one-two with Marley Watkins before heading down the right flank and curling a cross through the area, Jonny Hayes unfortunate to be penalised for hand ball.

But the hosts grabbed an eighth minute lead, McCrorie dispossessed 30 yards out after a misunderstanding with McGeouch, allowing Vietto to thread a beautifully weighted pass to Tiago Tomás just inside the box and he despatched the ball past Joe Lewis with the minimum of fuss.

Aberdeen responded well to the early setback and won a 13th minute corner on the left. The ball was worked back to McGeouch 30 yards out and his curling cross was tipped over by a stretching Adán. From the second corner, Ash Taylor got on the end of the cross from Jonny Hayes but his header was straight at the goalkeeper.

Sporting then enjoyed a spell of neat possession but the Dons kept their shape well, Wendel eventually dragging a 25 yard effort across goal and well wide as he ran out of options and patience in the 17th minute.

Ryan Hedges, Lewis Ferguson and Hayes all combined well down the left to get the Irishman into the box three minutes later, but Hayes couldn’t get enough on his shot and it was a simple gather for Adán at the near post. Most of the game was being played in the Lisbon half by now as Aberdeen were able to press their hosts back into their own territory.

McCrorie made a terrific break out on the half hour, covering 30 yards into Lisbon territory before he was hauled down by a lunging challenge from Vietto, for which he was rightly booked. The Dons were certainly asking questions in what was building into a very composed performance, though it wasn’t helped by an overly fussy refereeing performance that saw any hint of a physical challenge being penalised.

Hedges was inches away from an equaliser in the 36th minute after Watkins had produced some great hold up play from a Hoban ball forward. Watkins’ low cross’ into the box was just a fraction too strong for Hedges to get on the end of as he dashed into the box.

Lisbon finally enjoyed a better spell of possession, knocking the ball around and winning a couple of corners in quick succession. From the second, Lewis was called into smart action as the ball ricocheted through the box and on to Cabral five yards out, the skipper making a fabulous save from point blank range to keep the Dons alive in the 40th minute. Sporting kept the pressure on to win a couple more corners, that little passage of play ending with Cabral smashing the ball miles over the bar from 25 yards out.

All the same, the hosts were just beginning to find a bit of rhythm as the interval approached, penning Aberdeen in. But when the half-time whistle came, the scoreline certainly didn’t reflect the balance of the play, the Dons having given every bit as good as they’d got, the sides separated by that one piece of quality from Vietto that opened them up.

Sporting started the second half sharply, Nunes away down the right but his cross was too close to Lewis who gathered easily. From there, the game struggled to find a pattern, but it was the hosts who were now enjoying the territorial advantage.

Tomás should have doubled the lead in the 56th minute, a free header from a Porro cross but from eight yards out, he ballooned the ball over the bar, a huge relief for the Dons. These were dangerous moments for Aberdeen as Lisbon began to turn the screw but again, the team shape remained solid and continued to frustrate their illustrious hosts.

The Dons finally got a chance on the break in the 62nd minute, the ball breaking for Hayes who drove forward into the box but he slashed at his shot and put it over the bar when a ball into the area might have been a better option.

Tomás was next in the book in the 64th minute for a nasty looking challenge on Ferguson. That was a reflection of the momentum shifting back towards the Dons again, but they couldn’t quite chisel out that clear cut chance they needed as we headed into the final quarter of the game.

Cabral had another sight of goal in the 68th minute, but from ten yards out, he hacked his shot over the bar and into what would have been the crowd. That was the signal for Aberdeen’s first change, McGeouch replaced by Wright as Derek McInnes reverted to the shape his side have played for the bulk of the season so far.

Wright made an early impression, sprinting away down the right only to be pulled down, the referee breaking with the habit of the evening and giving nothing despite a clear foul. Two minutes later though, after minimal contact from Hayes, Coates was off the high board and into the Olympic pool and he got his foul, much to Aberdeen’s irritation.

Sporting made their first change in the 77th minute, Šporar on for Tomás, Ryan Edmondson on for Watkins four minutes later, Connor McLennan replacing Logan in the 83rd minute. Sporting then replaced Wendel with Bragança in the 86th minute to try and break things up as they looked to run the clock down.

The golden chance Aberdeen had been working all night for finally came in the 87th minute, a perfect pass from Wright finding Hedges on the edge of the box but after a great first touch, the Welsh international sliced his shot wide of goal. Sporting then brought on their third sub, Plata replacing Porro.

A free-kick in the last minute was floated into the box by Ferguson, Coates doing well to head it behind for a corner but Aberdeen could not manufacture another opportunity from the flag kick. With Sporting then taking the ball into the opposite corner, Ferguson collected a booking as his frustration got the better of him.

A valiant effort from the Dons, a performance that had everything except a goal, but in the end, it wasn’t enough against a Sporting side that will cause plenty of sides problems across the rest of this season’s Europa League competition.