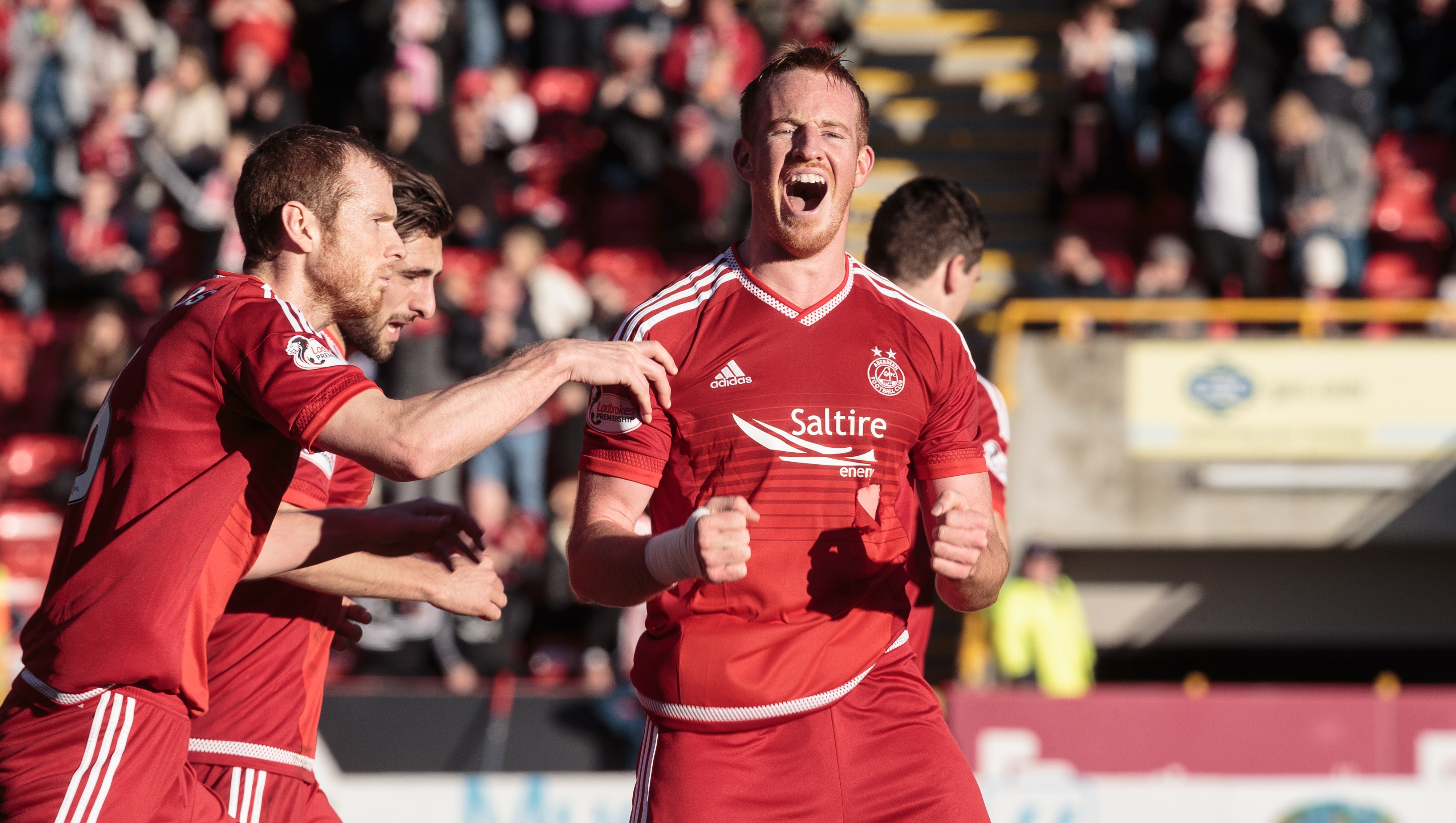 For our match against Motherwell on Saturday 24th October a number of young Dons fans got the opportunity to get closer to the action than ever before as part of our Junior Dons Day.

For our match against Motherwell on Saturday 24th October a number of young Dons fans got the opportunity to get closer to the action than ever before as part of our Junior Dons Day.

Our U12 season ticket holders and Angus the Bull Club members were invited to apply to be part of the matchday team here at Pittodrie on Junior Dons Day.

Over 100 applications were received and a mini-matchday team of a Manager, Director, Matchday Announcer, RedTV Assistant and Facilities Assistant were selected.

As part of the day our RedTV Assistant Owen offered us his take on the game with his own unique match report, with a bit of help from the RedTV team!

As part of his RedTV role Owen also got the chance to interview Shay Logan in the build-up to the match.

A good crowd filled Pittodrie for this match as Aberdeen looked to go to the top of the league with a win. The stadium was full of Aberdeen supporters. The Motherwell fans were in the South Stand.  Just before the match I went up to the RedTV area in the Main Stand and got ready for the action to start. Both teams came out of the tunnel in their home kits and it was time for the match to start.

Aberdeen started the match with Ward in goals, Logan, Taylor, Reynolds, Shinnie in defence. Midfield was made up of McLean, McGinn, Hayes, Pawlett and Jack. Adam Rooney started the match up front. This was a wee bit different from the team that I thought it was going to be but still a very good team.

Aberdeen had their first corner in the 7th minute but Motherwell managed to get it clear and they started the match well. In the 13th minute Jonny Hayes crossed the ball and it went behind for a corner. The ball went back into the box but Motherwell cleared it away again.

There was good weather for the game unlike in the morning when it was raining heavily.

In the next minute Motherwell had a chance but missed. The captain Lasley hit the ball past the post from the edge of the area. Motherwell had another chance but Shay Logan managed to block the shot from Fletcher.
Jonny Hayes got to the corner line and had a shot but the goalkeeper saved it. I thought that the ball went out for a corner but the play went on. When there wasn’t much happening I drew some pictures of the players and the stadium.

In the 34th minute Aberdeen got another corner.  Hayes passed the corner to McGinn and crossed it but McLean’s header went past the post. McGinn ran towards goal and passed the ball to Hayes, he shot over the bar.

Near the end of the first half Aberdeen took the lead when Rooney headed it home from McGinn’s free-kick. I thought that he would score before the match.

At half-time it was 1-0 to Aberdeen and I went on to the pitch and got selfies with Angus the Bull and Donny the Sheep. I looked up from the pitch and waved to my mum in the Richard Donald Stand.

Before we started the second half I got some chicken dippers and chips so that I wouldn’t be hungry after half time!

In the 59th minute Aberdeen almost scored again but Pawlett’s shot just went past the post, it was unlucky.

One minute later I thought Aberdeen had made it 2-0 when Reynolds knocked the ball over the line. The referee said that the goal was offside so it stayed 1-0.

Aberdeen were attacking again, this time McGinn crossed the ball for Pawlett and his overhead kick just went over the bar. I hadn’t seen him do an overhead kick before this match.

With 20 minutes left Motherwell had made all 3 subs. Aberdeen had to make their first sub when Ash Taylor got injured. Taylor was replaced by Paul Quinn.

Pawlett had another chance in the 71st minute when Jack placed the ball in for him but he shot past the post. It was a good chance.

In the 73rd minute Motherwell got an equaliser when McDonald headed Ainsworth’s free-kick past Ward from inside the box.
Hayes got a corner up the other end, Pawlett played the ball but the goalkeeper managed to grab the ball and clear. Robinson had a shot but Ward saved it easily.

With just over ten minutes left Goodwillie replaced Pawlett as Aberdeen looked for a second goal. Jonny Hayes ran past the whole Motherwell defence but his shot was blocked for a corner. McGinn had a shot over the bar from the corner. With 7 minutes left I decided that my man of the match was Adam Rooney.

Shinnie crossed the ball in the box for Logan and the goalkeeper did well to put his header over the bar. I had high hopes that Aberdeen would get a goal.

Motherwell almost got a goal with two minutes left but Ward made a great save to keep it 1-1 and stop Robinson’s shot. McLaughlin replaced McGinn with one minute remaining.  Aberdeen were looking for a goal in added time but Motherwell had the best chance as Ward had to save Johnson’s shot, it was another really good save.

The match finished 1-1 but I had enjoyed my day. Thank you to RedTV and thanks for reading my match report.