“It is difficult to get good quality players in during the January transfer window. To have Ryan in the building now and being ready to help with the challenges ahead, is a fantastic signing for us. 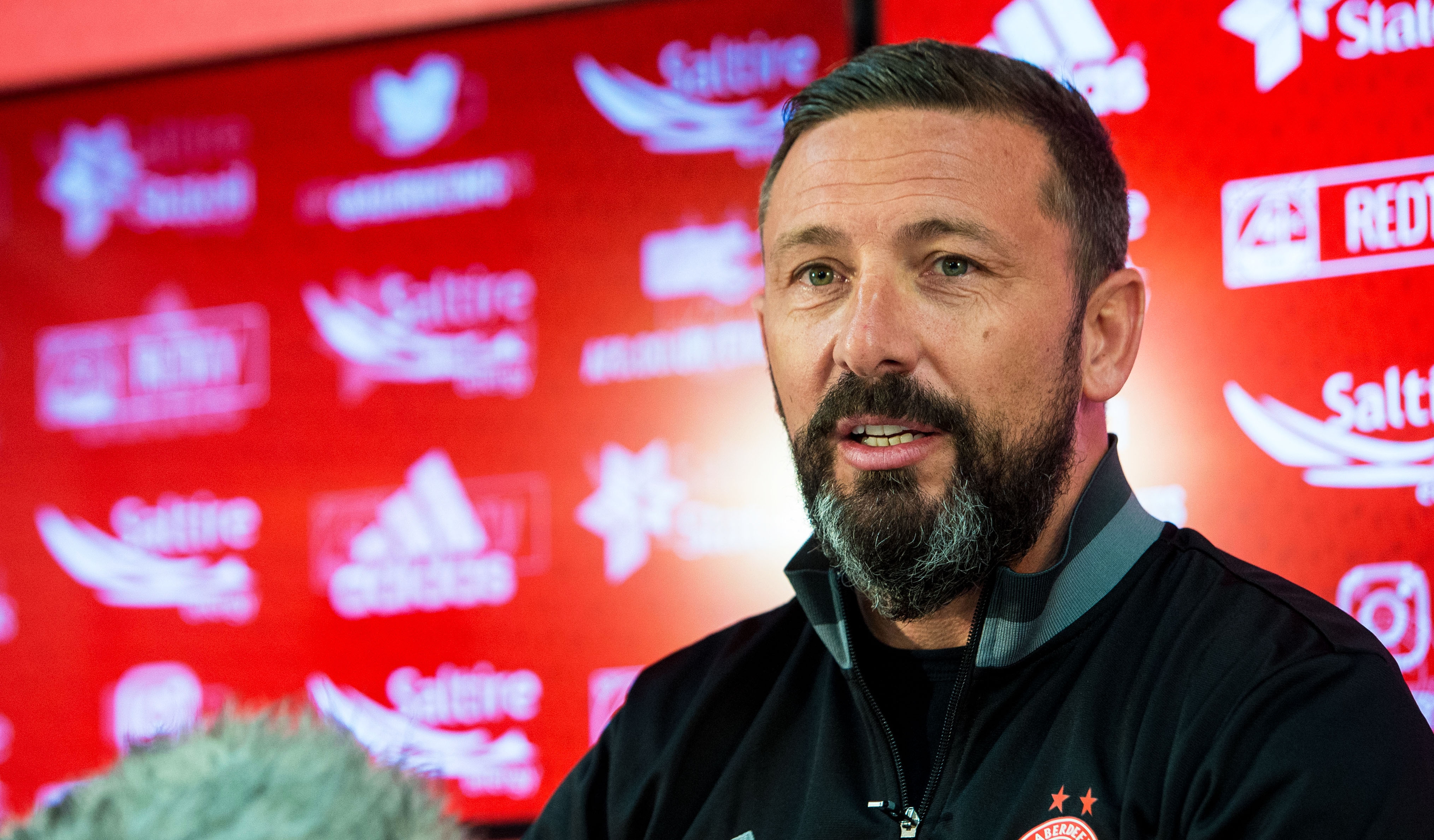 “It is difficult to get good quality players in during the January transfer window. To have Ryan in the building now and being ready to help with the challenges ahead, is a fantastic signing for us.

“He is a talented boy, someone who has really grown in stature in recent years. He has handled going to Celtic. He has maybe not had the amount of game time he would have liked but there is no shame in that, the way they are going at the minute. Hopefully he can help us and the boys in the dressing room to achieve what we want to achieve this season.

“It is fantastic we have managed to get a player of Ryan’s quality. I think he will enjoy playing with our players, he will love playing here. Hopefully it is a win win situation. Hopefully he gets enough game time to help him bridge the gap to get into Celtic’s team. It is also important for the moment that he buys into what we are trying to do for the second half of the season.

“Speaking to him, he comes across as really level headed, very focused on his career and he wants to do well. He comes across older than a 21-year-old and his performances on the pitch suggest that as well. He is very calm in possession, he is very mature with his work, disciplined within his role.

“We will give him a platform. He will need to work hard to get into the side but if training this morning was anything to go by, it is going to go extremely well.

“We don’t have the luxury of being able to buy a Ryan Christie. We can’t buy a player of his quality especially during the January transfer window. So, it does not bother me if people want to criticise us for bringing in players from other teams. It happens up and down the country, it happens in other countries. I think we just need to be a bit more grown up about it.

“I said we wanted to bring in quality. Hopefully we have another one to get in as well. We are trying to get at least one more in. No one will be leaving until we do that. Maybe one or two of the younger ones will get some loan time.

“Other clubs were wanting to sign him on loan but he has chosen us. I am delighted that he sees us as the right club.

“We have not shut the door on James Maddison’s return. I have made no secret of the fact I wanted him to return but we can’t sit back and wait for things to happen. We were let down a bit last year in the January window with two or three things. Just when you think you are getting somewhere you are disappointed and then have to pick the pace up again. We have to concentrate on what we can affect.

“There is no doubt my dressing room got a lift from Graeme Shinnie re-signing and Ryan Christie walking in the door. It has been a good few days for us.

“We now concentrate on the Dundee game. I like Friday night football. I like Friday night home games, I think we have a good record under the lights here at Pittodrie. We have had a decent record against Dundee over the past few seasons but Paul always puts out a very competitive team.

“They will come up here looking for a result. They will be disappointed with last week’s result, but overall Paul has done fantastic there. They will be looking to get into that top six this season so we have a tough job but we are trying to make it five wins out of five and continue our winning sequence.

“Team news is that everyone is fit.” 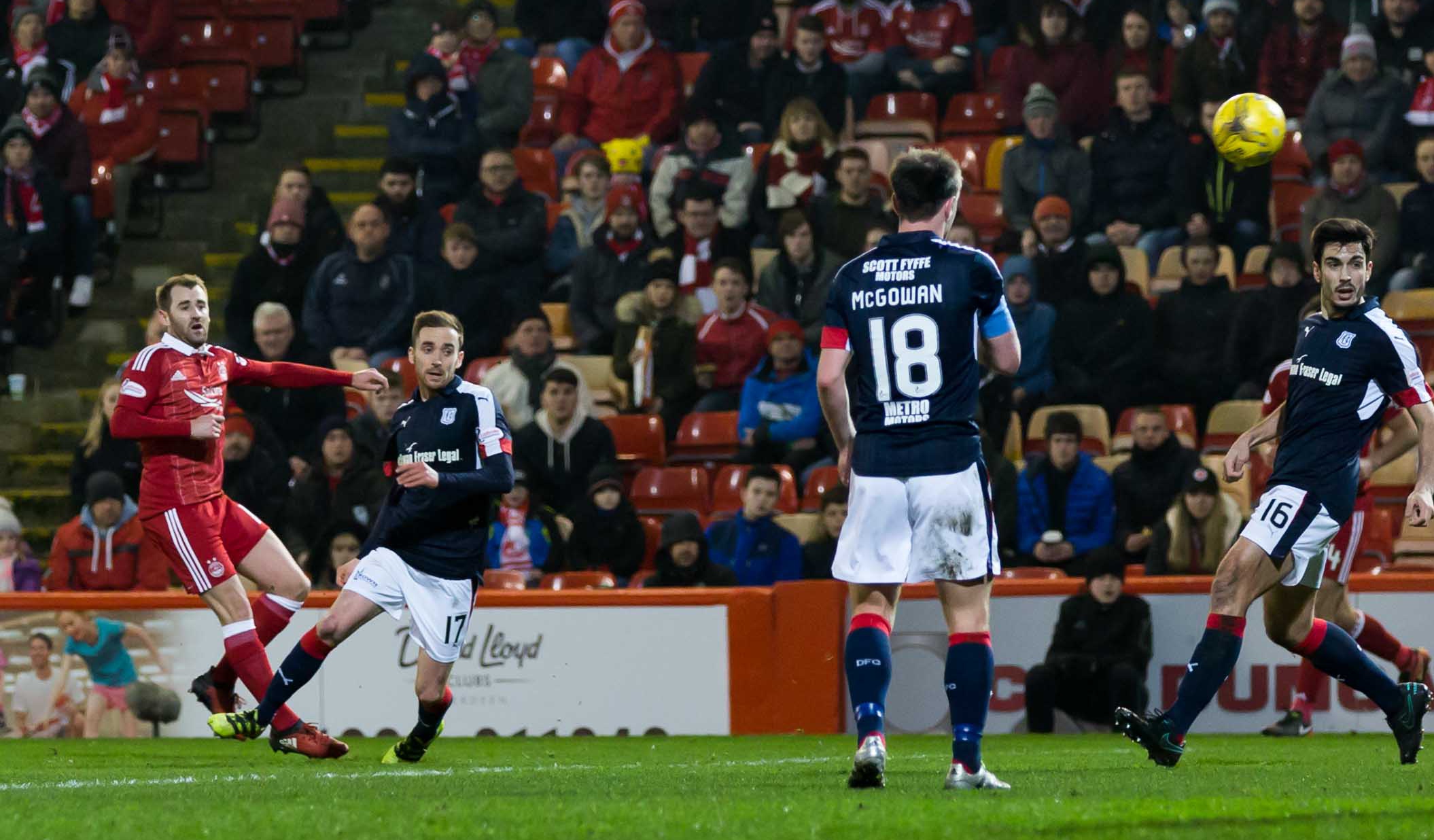 Derek McInnes fielded an unchanged side once again this evening for the visit of Paul Hartley’s Dundee.
They Dundee exited the Scottish Cup at the hands of St Mirren last week, their league form before the winter break had been decent with good wins over Hearts and St Johnstone.

And they started well. The Dark Blues threatened first when Marcus Haber had a half chance which was stabbed at Joe Lewis from inside the box. There wasn't enough power to trouble the Dons keeper. There was a let off for Aberdeen after 10 minutes when Paul McGowan almost chipped Lewis from 25 yards. His effort came off the crossbar after a square ball from Craig Wighton. The goalkeeper was off his line and it was almost a marvellous instinctive goal from the Dee's captain.

The Dons had their first attempt at goal after 15 minutes when Mark Reynolds was unmarked at the back post from a corner. Mark settled himself well and made a good strike but Scott Bain produced a superb with an outstretched arm.

Moments later a Jonny Hayes' delivery from the right wing evaded everybody and came off the post. Adam Rooney could not get a touch and Ryan Jack couldn't fashion a shot from the rebound, marshalled out of the box by the defence.

Aberdeen continued to press, with Niall McGinn curling a shot in from just outside the box. Scott Bain was able to get down low to parry the shot away. The Dons were back in the match after spending most the first 10 minutes on the back foot.

Dundee had the ball in the back of the net at the other end of the pitch when Craig Wighton's goal was ruled offside. It was a close call. Decent finish as well. They looked threatening on the break and were in a battle with Jack and Shinnie in the midfield.

But after that the Dons started to take control of possession.

Dons winger Niall McGinn is full of confidence right now, and was almost in about the goals again when his free kick from 25 yards out was wonderfully saved by Bain who tipped the ball away from the top corner.

After 28 minutes, some terrific play from McGinn on the left again allowed Ryan Jack to head the ball into the net from eight yards out. At the time a deserved opener for Aberdeen and wonderful for Captain Jack, whose goal was far better than his celebration! Ryan got up very well and it was a good header.

The skipper went on to have a very good game.

After 35 minutes it was almost 2-0 when Rooney's clever flick on slipped in Kenny McLean, who nearly scored a wonderful outside of the boot goal from close on the right hand side. It was some lovely one touch football to open up the Dundee defence in a very congested penalty box but Bain again made a good save.

Aberdeen were well on top at this stage. The Dons were looking patient and dangerous.

Then Niall McGinn stepped up with a contender for goal of the season. A long free kick by Joe Lewis was cushioned down by Taylor. The winger controlled the ball from outside the box on his knee, opened his body and with his other foot fired it home with the ball not even touching the ground. He won't score many goals better than that, but we find ourselves saying that a lot when it comes to Niall!

The Dons finished the half with a deserved lead, having dominated most of the game.

The Dons started the second half looking to build on their promising first half performance. Every man in red was working hard and nobody was taking the two goal advantage for granted.

The first chance fell to Aberdeen when McGinn floated a free kick into the back post which Andrew Considine couldn't quite connect with on the volley. Kenny McLean had another chance to get on the scoresheet when he got on his bike from a quick Adam Rooney throw in. Great goalkeeping by Scott Bain once again kept the score line down, as he got down low to keep Kenny's shot out. Go awareness from Adam to set him free.

With 25 minutes to go, Bain continued his outstanding performance when he faced Jonny Hayes baring down on goal. Hayes weaved his way through three players in the box and unselfishly squared the ball to Rooney on the penalty spot, but he couldn't beat the Dundee goalkeeper.

That was five top class saves.

The Dark Blues weren't having any luck in front of goal, and had their first real chance of the second half when the substitute El Bakhtaoui tried a shot from 30 yards, which just missed the top right hand corner. Lewis had it cover. The keeper hardly had a touch all night.

With 10 minutes to go it was finally game over, when Mark Reynolds played a long ball down the left channel for Jonny Hayes to chase. He looked up and floated a wonderful cross into the box. In the middle was Niall McGinn who headed Aberdeen's third and his second of the game. A real team goal, and some wonderful link up play from the Dons attackers.

That gave Derek McInnes the chance to change things up, so the manager gave Ryan Christie his debut as well as some game time for Miles Storey and Scott Wright.

There wasn't to be any further chances and Kevin Clancy called time on a great night of football for the Red Army. A comfortable, professional win that saw the Dons jump back into second place.