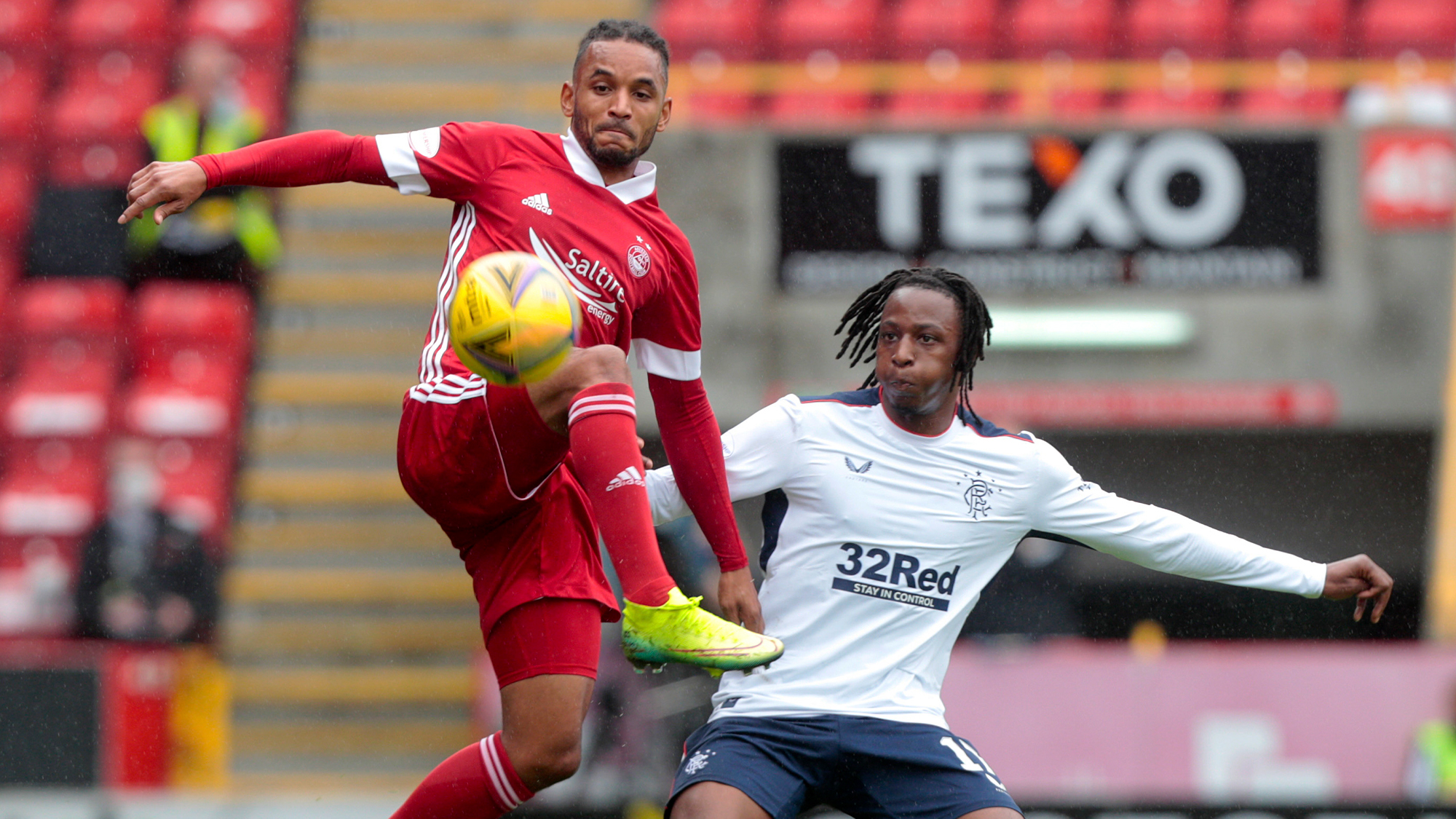 In a game of few chances, a first half goal from Kent saw Aberdeen slip to an opening day defeat at Pittodrie despite an improved display in the second half.

The Dons made history at Pittodrie as they opened the season, not least in playing a first ever competitive home game behind closed doors. Nine subs were also named for the first time in a competitive fixture to accommodate the new rules which allow the managers to make five substitutions.

Aberdeen, without the injured Sam Cosgrove and Curtis Main, fielded Bruce Anderson up front, supported by Matty Kennedy and the returning Jonny Hayes, making his second debut for the club. Across the middle, Funso Ojo, Craig Bryson and Lewis Ferguson lined up together in advance of a back four of Ronald Hernández, Ash Taylor, Scott McKenna and Andy Considine, skipper Joe Lewis in goal. The bench included one new boy, Leeds loanee Ryan Edmondson along with the returning Tommie Hoban.

For the visitors, new signing Leon Balogun made his debut after moving from Wigan Athletic, while another new addition, Calvin Bassey, brought in from Leicester City, was among their nine substitutes.

Proceedings began with players taking the knee in support of Black Lives Matter. Rangers had the better of the early possession but initially at least, it was all very much in front of the Dons’ defence who looked pretty comfortable amid the eerie atmosphere at Pittodrie.

The first real sight of goal came in the 13th minute, a good ball from the Rangers left from Barisic reaching the dangerous looking Aribo. A neat turn won him space to shoot but Taylor was in quickly with an important block. A minute later, Considine was quickly across to snuff out Hagi as he looked to get in behind.

A neat corner routine in the 18th minute saw Hagi play a corner to the edge of the box before receiving it back and striking his shot into the side netting from a tight angle.

Rangers did have the lead in the 21st minute, Kent beating the offside trap just inside the Aberdeen half to get right away from the defence, collect a poked ball through from Morelos and then produce a composed finish past Lewis from just inside the box.

The Dons finally got a sight of the Rangers goal in the 29th minute, some concerted pressure starting down the right culminating in Ojo forcing McGregor into a low save to his right from his drive from 25 yards out – the combination of Hernández and Kennedy down the right was beginning to look promising. Rangers responded a couple of minutes later, a snapshot from Hagi from similar distance well handled by Lewis down to his left.

A very dubious free-kick on the right edge of the box threatened danger in the 34th minute, Tavernier arcing his shot over the bar, justice after Balogun had launched himself into the air to win the decision. Kent bundled his way in on goal in the 42nd minute before Hernández came across to clear off his toe, a crucial intervention.

Just prior to the break, Ojo caught Hagi slightly late, the referee producing the first yellow card of the season. With that, the half was done.

There were no changes at the break from either side. Immediately on the restart, Hagi committed the identical foul on Ferguson that Ojo had perpetrated on him, but this time, there was no yellow card from the whistler. The game became more stretched early on, Anderson and Kent both almost getting clear runs on goal at either end in the opening five minutes.

Next, Hagi was on the break in the 55th minute, his ball forward hitting Taylor, Hagi ballooning the rebound miles over the bar from 20 yards out. Two minutes later, Hayes won possession down the left, but his cross was too early for Anderson to get on the end of it.

Good play down the left won the Dons a first corner in the 59th minute and from Kennedy’s terrific ball in, somehow Rangers managed to keep the ball out at the back post. McKenna and Taylor piled in to try and get the crucial touch, McGregor bravely down at their feet and just able to keep the ball out. Amid it all, Balogan fell and smacked his head against the post but was given the all clear to continue after treatment.

Aberdeen made their first change, Ryan Edmondson on for his debut, replacing Anderson in the 65th minute. A minute later, Rangers weren’t far away from a second, another Hagi strike deflected just wide by Taylor as the visitors started to pick up the pace again. Niall McGinn and Dean Campbell replaced Kennedy and Bryson as a response in the 70th minute.

Good movement from Edmondson won another corner in the 74th minute but taken short, it came to nothing. A free-kick down the left followed a minute later, an unusually poor delivery from McGinn not beating the first man as Rangers cleared.

Rangers made their first swap in the 77th minute, introducing Arfield for Hagi. A minute later, Morelos blazed over from the edge of the box before the Dons
brought on Ryan Hedges for Ojo, their last change of the afternoon as the substitutions can only be made in three separate blocks of changes.

Better from the Dons saw a nice piece of possession football down the right, Hedges pulling the ball back for McGinn whose effort was blocked in the 83rd minute as the hosts searched for an equaliser. Aribo then went on a mazy run at the other end, ended by a fine challenge from Ferguson as he looked ready to pull the trigger.

Four minutes from the end, Considine went into the challenge and won the ball from Arfield, but with his studs showing as he took it away from the Rangers man, referee Madden produced the red card immediately.

Rangers hit the Dons on the break two minutes into added time, Aribo looking certain to score but Taylor was there to clear in the six yard box as the ten men clung on and tried to find a way back into the fixture.

But for all the endeavour in an improved second half display, it wasn’t to be and Rangers headed back to Glasgow for all three points.