The Dons travel to New Douglas Park on Sunday to face Hamilton Accies and ahead of the game, Derek McInnes and Willo Flood spoke to the media 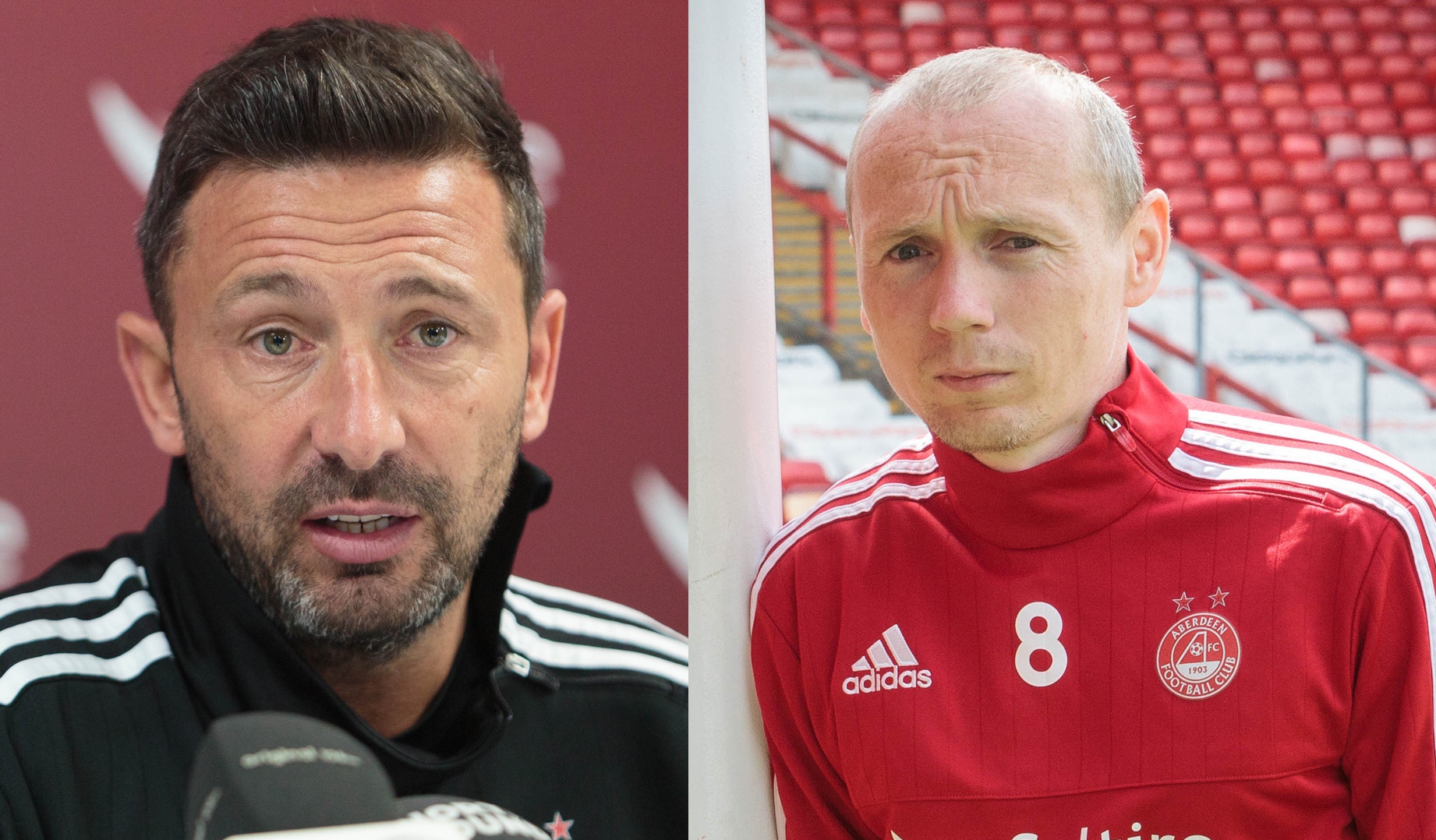 The Dons travel to New Douglas Park on Sunday to face Hamilton Accies and ahead of the game, Derek McInnes and Willo Flood spoke to the media

“I think the international break always gives the managers a conundrum on what is the best thing to do. We’ve tried over the last few seasons to do it certain ways but we’ve managed to recharge, give the boys a few days off. We trained a couple of days last week and some played the reserve game that had to but by and large they got a few days off and came back in at the start of the week ready to prepare for Hamilton as normal. We’ve spoke often enough about us having the early start, bringing the boys back earlier that we feel that those international breaks are important for how we manage the season.

“It’s been up and down [the campaign so far]. We had a couple of strong months at the start of the season and we had a poor October. Hopefully we’ve started November the way we want to go on with a good win over Dundee United, a very comfortable win. The last three performances have been better but getting the result is the most important thing. The result will help give the players, staff and support confidence. It’s important now that we look to Hamilton where we are going to fight and scrap for everything against a team who always make it difficult for their opponents.

“The 3-0 win [last season] was excellent, we even had a few goals chalked off as well. We played very well. I think Hamilton are a team who, if given encouragement, can rattle you, they can make the game quick. The pitch lends itself to making the game quicker anyway and it can be quite frantic at times. I’ve seen Hamilton a couple of times at home and the games have been that. You’ve got to make sure that you see that part of the game out and know that when the game does settle you can bring composure and a balance to it. There are pivotal times to show quality but by and large you have to make sure you fight your corner and do the dirty stuff. Hamilton are very good at what they do and we have got to make sure that in order to give us a similar outcome to the 3-0 victory we have to do that side of the game well.

“Everybody’s ready to go. I think the international break maybe came at a bad time for us. We played really well against Dundee United and obviously we wanted to kick on from there. But the lads are feeling good now and feeling refreshed so hopefully we can get a good result on Sunday.

“To be fair I don’t think the lads were getting to carried away. We knew that the next result was only round the corner. We thought we were playing well and it was only a matter of time and thankfully it came against Dundee United and hopefully we can kick on from here.

“Since I’ve been at the club- 2 and half years- we’ve always had to go on a good run and thankfully we’ve come up trumps so let’s see if we can do it again this season.

RedTV will have live coverage of the game on Sunday with live video coverage on RedTV International and audio commentary on RedTV– coverage gets underway from 12.20pm. Then post-match, RedTV will have a full match replay, extended highlights, reaction and more from New Douglas Park. To join RedTV– please click here. 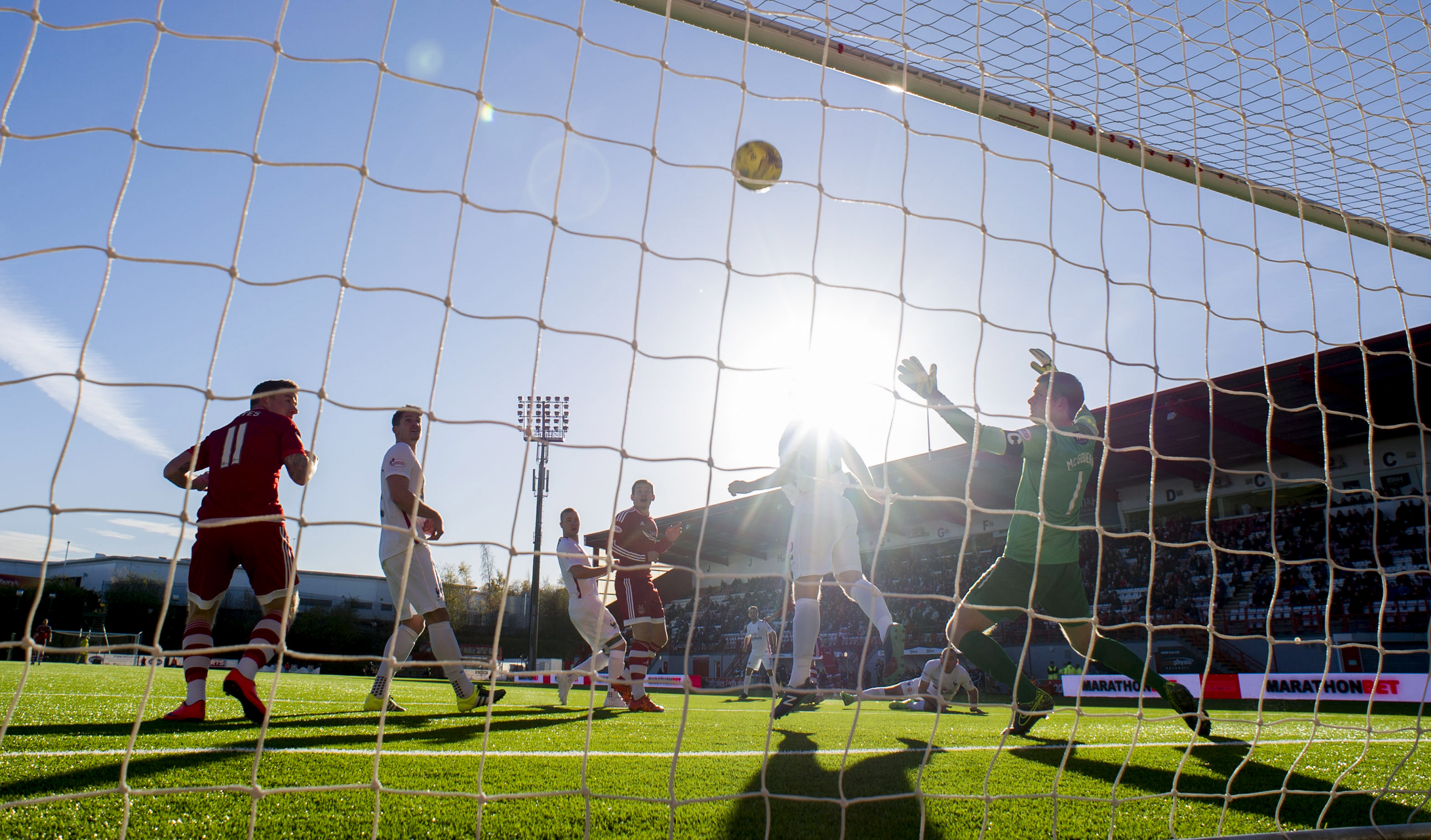 Aberdeen drew with Hamilton Accies this afternoon at New Douglas Park. The Dons got off to a great start when Kenny McLean produced a great finish to fire home in the fourth minute. The rest of the game was end to end, yet very scrappy as both teams battled away on the plastic pitch. Aberdeen did well down the left side in the first half but any crosses failed to pick out a man in red. On the stroke of half-time, McLean thought he had got his second but McGovern produced an outstanding save. The second half continued to be scrappy. Aberdeen failed to grab a second goal after missing a couple of half chances and then the home side equalised with 20 minutes to go through Imrie. The Dons showed more urgency in the final stages but could not produce a winner. In the end, a draw was probably a fair result.

Aberdeen were without captain Ryan Jack this lunchtime after he picked up an ankle knock that will put him out for a couple of weeks. The Dons lined up with Ward in goal and a back four of Logan, Taylor, Reynolds and Shinnie. The midfield trio were McLean, Flood and Pawlett with Hayes and McGinn supporting Rooney upfront. Hamilton were without the influential Ali Crawford.

The home side almost got off to a great start when the Dons gifted them a chance. Taylor was slack with a back pass and Dougie Imrie had plenty of time to run in on Ward but he blasted a shot straight at the keeper who saved well. A couple of minutes later, Grant Gillespie went close with a shot as Aberdeen struggled. All that was to change on four minutes when the visitors took the lead. A Logan cross from the right bounced all the way through to Kenny McLean who was well positioned at the back of the area. Kenny rifled in a shot which hit the underside of the bar and landed in the net. All of sudden, the Dons started to knock the ball about with confidence and a McGinn cross very nearly found Hayes.

In the 16th minute, great chances came at both ends as the game continued to stretch. Rooney played a perfectly weighted pass for Pawlett to run onto. Peter looked to be clear but as he went to shoot, Jamie Sendles-White did very well to get back and make a saving tackle. Then at the other end, Imrie got to the by-line and played a ball over which landed at the feet of Greg Docherty but he miskicked. On 19 minutes, Docherty had a shot which went narrowly wide of Ward’s left hand post. Aberdeen were then guilty of giving away possession and the home side fired in a number of shots which Ward had to deal with. On 21 minutes, a ball was floated into the Dons’ box. Carlton Morris tried to flick it on but Ward gathered. Then, on 24 minutes, another cross was headed just wide by Morris. A very bright spell from the Accies, but Aberdeen survived.

After 27 minutes, against the run of play, Pawlett set Hayes free down the left and his cross was inches away from Rooney. Just after the half hour mark, Taylor played a clever ball forward for Rooney who turned his man but tried a spectacular finish when he might have been better trying to find Hayes – the wrong decision.
The game was very disjointed and had no flow to it but much of that was due to Hamilton closing Aberdeen down all over the park with a very good work rate. The Dons though did appear to have more quality in the final third.

On 35 minutes, Aberdeen won a free-kick in a good area but they could do nothing with it. Two minutes later they put over a low cross which just needed tapping in but the ball frustratingly went behind McGinn and Rooney before the ball was half cleared to McLean who fired over. Then Shinnie did well down the left and his low cross was touched behind by McGovern. Just before the break, Reynolds put over another very inviting ball from the left which caused the Hamilton defence problems. The ball was worked to McLean who had picked up a very good position. His low left footed shot appeared to be heading in but Michael McGovern made a very good save, diving low to his right.

Aberdeen had a great chance to score within 60 seconds of the restart. McLean lofted a deep ball into the area and it landed on the head of Hayes who should have scored but his effort just went wide. No Hamilton players reacted and McGovern was rooted to his line. The keeper did better with a McGinn cross a few minutes later.

On 51 minutes, Grant Gillespie picked up a yellow card before a Hayes free-kick almost took McGovern by surprise. On 54 minutes, McGinn did well to win corner number five of the afternoon. A pre-planned set piece saw the ball played wide to Shinnie and his low shot was diverted over the bar by McLean, no more than a half chance in the end. Aberdeen were now on top and Hamilton made the first change of the afternoon on the hour mark, Alex D’Acol replacing Morris.

On 65 minutes, Rooney had room for a shot but his left footed effort was saved comfortably by McGovern despite a slight deflection. Then on 70 minutes, Hamilton grabbed an equaliser. D’Acol was forced away from the box but Hamilton worked it well down the left and Kurtaj managed to get a shot on target. Ward made a good save but could only push the ball into the path of Dougie Imrie who scored one of the easiest goals he will ever get.

The Dons then showed a bit more urgency. On 73 minutes, Hayes fired in a long range shot which McGovern did well to parry away. Two minutes later, Hamilton appealed for a penalty when Logan handled the ball on the edge of the area but referee Collum decided the incident was outside the box.

Derek McInnes made a double change with just over ten minutes to go as Cammy Smith replaced Pawlett whilst Andrew Considine coming on for Logan. Shinnie moved over to right-back and Smith went up front. On 82 minutes, Smith played it wide to Hayes and his cross went all the way through to Shinnie but he failed to do anything with it. On 84 minutes, a Hayes cross clipped the top of the cross bar but bounced to safety. Then McLean hit a shot which the keeper gathered at the second attempt.

In the final few minutes, both teams pushed for a winner but had to settle for a point apiece.