Dons battle brilliantly for the win

Aberdeen were back in Lanarkshire for the second time in three days as Fir Park played host to the Premiership tie. 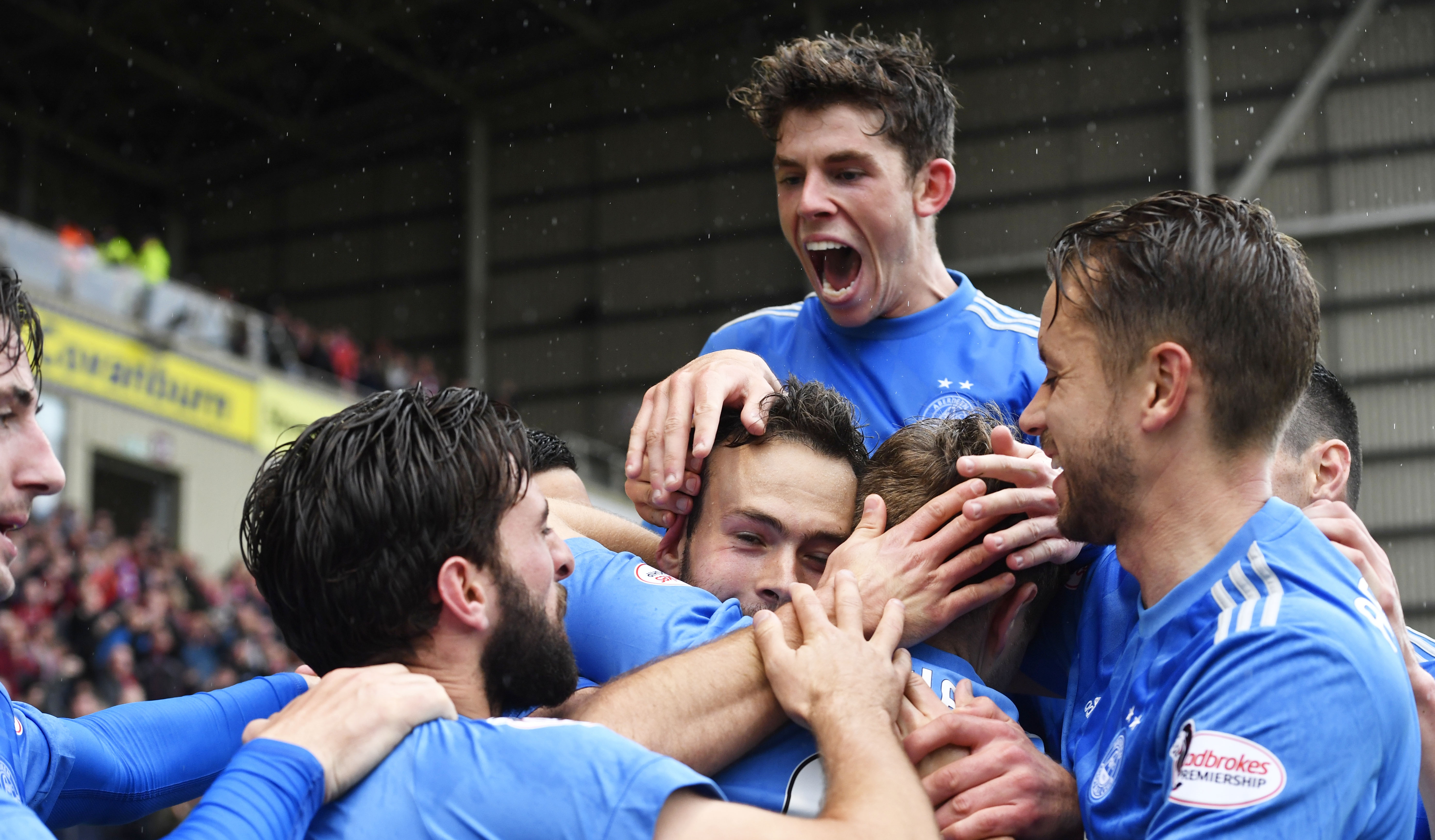 Aberdeen were back in Lanarkshire for the second time in three days as Fir Park played host to the Premiership tie.

After exiting the Betfred Cup on Thursday, The Dons made three changes to the starting line-up. Scott McKenna came into the team for his first appearance of the season in place of Mark Reynolds. It was a big opportunity for Scott, who impressed for the Scotland U21s earlier this month. Kari Arnason also came back into the side and Greg Tansey was back in the midfield in place of Gary Mackay-Steven.

The Dons started well and applied some good early pressure.

They forced the game’s first corner in the 5th minute. Tansey whipped it in and the ball was knocked back to Christie at the edge of the area, but Ryan scuffed his shot wide.

The first real effort came from the visitors on eight minutes. Stevie May chased down a ball on the right and managed to take it off Kipre. From a difficult angle, May fired a low shot that just went wide. Again Stevie put in a great shift all afternoon; he never stopped working for his team mates.

Scott McKenna got involved in the game early with some clearing headers.

The Dons were playing the better football in the opening 25 minutes and looked much more settled compared to Thursday. They forced three corners in quick succession and came close to carving out an opportunity. After a series of headers in the box, Considine managed to get his header on target, which forced Carson into a punch away.

Considine again had a half chance with his head on 29 minutes, but with his back to goal, couldn’t divert it on target.

Motherwell managed to register their first effort at goal shortly after the half hour mark. Moult capitalised on a loose ball at the edge of the Dons box and fired in a clean shot, but Lewis was not troubled as it landed in the stand. It was the only real chance Moult had all afternoon – Scott McKenna brilliantly marked out of the game.

The hosts very nearly took the lead moments later. A low corner came in fast along the wet surface and bounced off Arnason, but Lewis was there to react quickly and held firm on his line. It was a good save from the keeper as it was an instinctive stop.

Apart from that moment of concern the defence had looked solid and not put a foot wrong.

Motherwell started to build some momentum as the half wore on and Carl McHugh hit one on the half volley, but it went well wide of the post. In the 42nd minute, Peter Hartley – who scored on Thursday – nearly put Motherwell ahead. After more pressure on the Dons defence, Hartley was able to curl a low effort just wide from inside the box.

The first half was a much-improved performance from Aberdeen, with Scott McKenna not looking out of place at all in the heart of The Dons defence.

Four minutes into the restart and the Dons were awarded a free kick in a dangerous area after Christie was brought down by McHugh. Ryan took the free kick, but it went high and over.

Ryan had spent most of the game trying to win headers but in the second half he was getting the ball into foot and started to make things happen.

Motherwell then forced Lewis into a good save in the 53rd minute. Logan lost possession on the wing and the ball across the 18 yard line found Chris Cadden at the back. He got the shot away and Joe was able to parry it out for the corner – which would come to nothing.

Aberdeen made their first change on 55 minutes. Greg Stewart swapped places with Greg Tansey as the Dons searched for the opening goal. They found it almost instantly.

After a good spell of passing, the best in the game, McLean feed Logan and his cross was cleverly flicked on by May. Christie managed to get on the ball from six yards out. With his back to goal, he tried a back heel, which came off the post and after a scramble, was fired home by Andy Considine who did well to react. Not the prettiest goal, but no one was caring and Andy and the rest of the team celebrated with the fans behind the goal.

After the goal Aberdeen enjoyed some control as they zipped the ball about on the wet surface whilst Arnason and McKenna combining well to keep things cool at the back. McLean and Shinnie were everywhere as they won the midfield battle.

With 10 minutes to go, Derek McInnes opted to try and preserve the lead. Stevie May, who had once again chased down every ball, was replaced by Dominic Ball. That meant that Ryan Christie would move up front.

Shortly after, Motherwell forced a corner, but Ball did well to clear at the front post and then Christie forced a foul inside the Dons half which relieved the pressure. Moments later, Greg Stewart had a very good opportunity to wrap up the match. After some nice play down the left, Stewart beat his defender, but his low shot was palmed away from Carson.

Christie was replaced for Adam Rooney in the 85th minute as The Dons tried to see out the match.

With the clock approaching injury time, Motherwell were awarded a free kick in a very dangerous area. Louis Moult hit it against the wall and it went out for a corner. The corner was deep and Lewis couldn’t handle, but the return cross was expertly gathered by The Dons number one.

There was four minutes of added time to be played and Motherwell were by now camped inside the Aberdeen half.

Well forced another free kick in a dangerous area after a shove from Arnason. It would come to nothing but they then had to defend a couple of corners. Motherwell appealed for a penalty when Moult went to ground but the referee correctly waved play on.

In the final minute a corner landed at the feet of Hartley but his first time effort went over the bar and the final whistle sounded shortly after.

It wasn’t the greatest match, but after the disappointment of Thursday this was an important win. The Dons showed great battling qualities and another huge positive to take away from Fir Park was the performance of Scott McKenna.