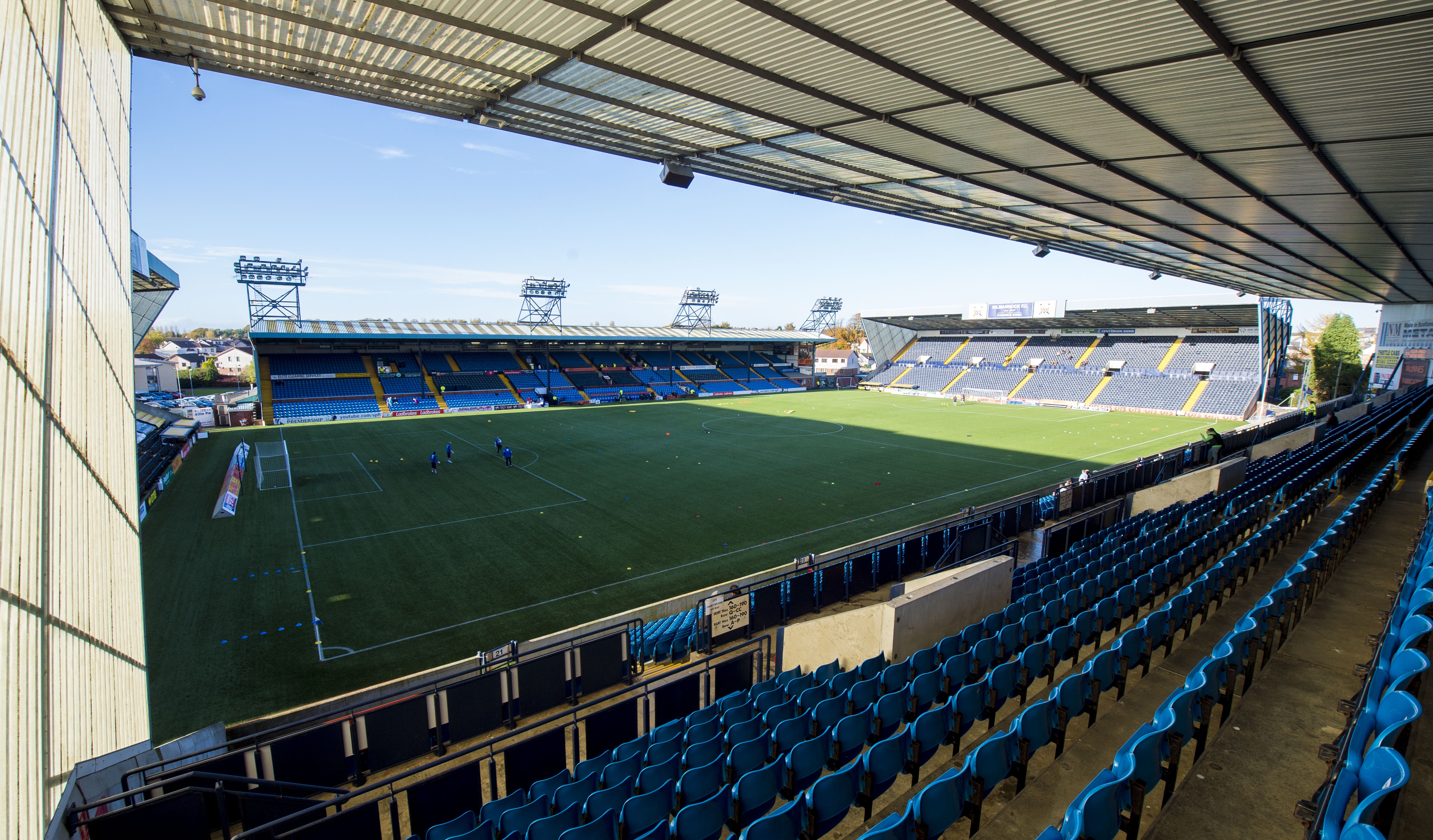 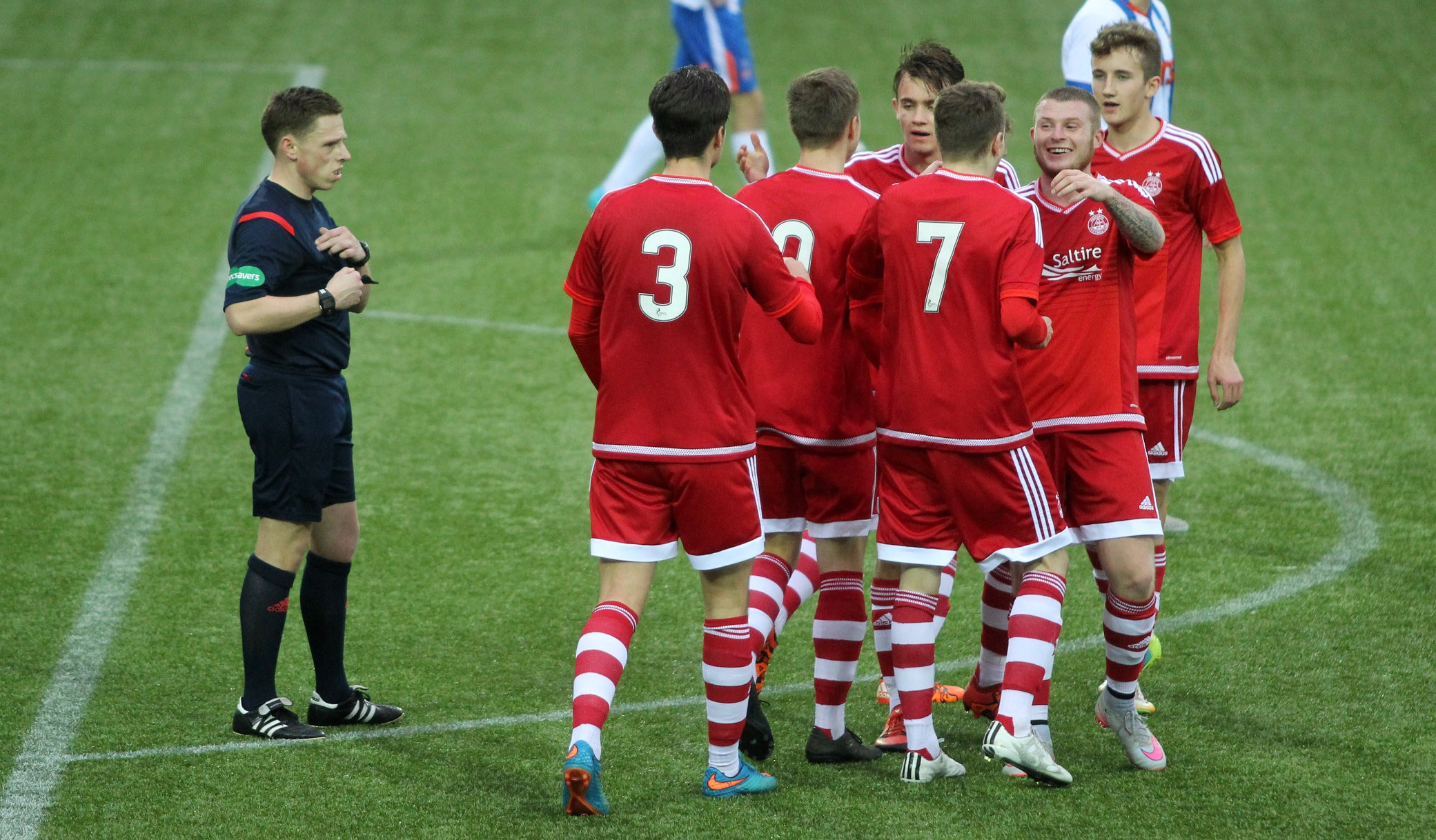 The Aberdeen U20s put in a very solid performance to beat Kilmarnock this afternoon at Rugby Park. The young Dons, who were without any overage players, took the lead midway through the first half when Frank Ross was brought down about 20 yards out. Frank was possibly the pick of the Dons youngsters today. Craig Storie, who also impressed again, put the resulting free kick past Mark Ridgers with brilliant shot. Aberdeen then dominated possession and scored a deserved second when Scott Wright tapped home after the keeper parried a shot from Bruce Anderson. In the second half the Dons were less of an attacking threat however they did still create the better chances whilst at the other end they were very solid at the back with Henry, Culjak, McKenna and Harvie all forming an impressive defensive line. with Craddock in goal, a back four of Henry, Culjak, McKenna and Harvie. Sam Robertson filled in on the left wing, although he swapped positions with Scott Wright and played most of the game on the right with Scott moving to the left. Storie and Thomas were in centre midfield with Frank Ross playing just off the striker who today was Bruce Anderson as Joe Nuttall was out injured and Kalvin Orsi is still unavailable. Kilmarnock, who knocked the Dons out of the SFA Youth Cup earlier this season, lined up with five overage players so certainly on paper this looked a very tough 90 minutes at a difficult venue.

Considering how bad the weather had been on the way down the road, the game kicked off in decent conditions considering the time of year. The home side started brightly and forced the Dons onto the back foot a bit. On 14 minutes the first real opening when Greg Taylor put in Dale Carrick but he blasted over from a tight angle. That was about the only time all afternoon Killie got in behind the Dons defence.

After 17 minutes Aberdeen were seen as an attacking threat for the first time and they forced a corner. They might have had a penalty as Daniel Harvie appeared to be held off the ball. Another two corners followed in quick succession plus a free kick about 30 yards out. However Frank Ross went for goal instead of chipping it in and the keeper was able to make an easy save.

Just after 20 minutes Robertson’s cross from the right was inches away from Ross. The Dons were growing in confidence and the movement of Wright and Ross was causing problems.

On 25 minutes once again Frank once again showed good quick feet to skipped past his marker before being brought down about 20 yards out. The free kick was in a very central position but Craig Storie still managed to get the ball over the wall and past Ridgers with a brilliant effort that curled away from the keeper. A few minutes later the young Dons had another free kick which McKenna and Harvie were not far away from getting their heads on it. Aberdeen continued to dominate and on 36 minutes Aaron Spaine picked up a booking for a late tackle on Harvie. He let his frustration get the better of him.

Just before the break the Dons again pinned the Ayrshire side back with a series of corners and free kicks. They were rewarded for their 25 minutes of dominance with a second goal right on the stroke of half time. From a throw in Frank Ross created space before slipping in Bruce Anderson. The striker had little to aim at so did well to hammer in a good low shot which the keeper could only parry. Scott Wright was following up and put the ball into the empty net. The second goal was no more than Aberdeen deserved for a really good spell of football, possibility the best they have had all season. Killie as expected came out strongly after the break but failed to create anything of note. Captain Scott McKenna was extremely dominant and ahead of him Storie and Thomas were doing a good job of breaking up a lot of attacks.

On 55 minutes good play by Thomas at the other end saw the Welsh U19 international do well on the edge of the area but the midfielder could not keep his shot down. Then Wright got to the by-line but no one was in position to take advantage of his cross.  At this stage of proceedings there was not much happening but that suited the visitors. Although they were not creating much in the final third every player was working hard at keeping their shape and giving nothing away.

The decision making and concentration from every player all afternoon was spot on.

On 65 minutes Bruce Anderson was replaced by Arron Norris. The home side started to enjoy more possession and they were picking up more of the 50/50 balls in the middle of the park but the Dons were defending very well and in the final ten minutes they had the better chances.

After 81 minutes Aberdeen forced their first corner of the second half.

On 83 minutes the young Dons were then denied a penalty. The last time the teams met in the youth cup, Aberdeen were denied a hugely controversial penalty which was also around the 83rd minute! On this occasion Scott Wright was tripped right on the edge of area. It looked as if he was inside but the referee gave a free kick right outside the box.  Even looking at the decision again on the redtv footage, it was difficult to conclusively tell if it was inside or not. From the resulting free kick on edge of the area Frank Ross’s shot was blocked before being played out to Harvie and his deflected shot just over went over. In the closing stages Aaron Spaine and substitute Andrew Sibbald had efforts which just wide but Aberdeen held out for the three points plus a clean sheet which would have pleased Paul Sheerin just as much.